The last Shantae game, Shantae: Half-Genie Hero, was my first experience with the series and was a delight. Now the previously iOS only Shantae and the Seven Sirens has hit PS4 bringing more light-hearted, Metroidvania-style platforming action. 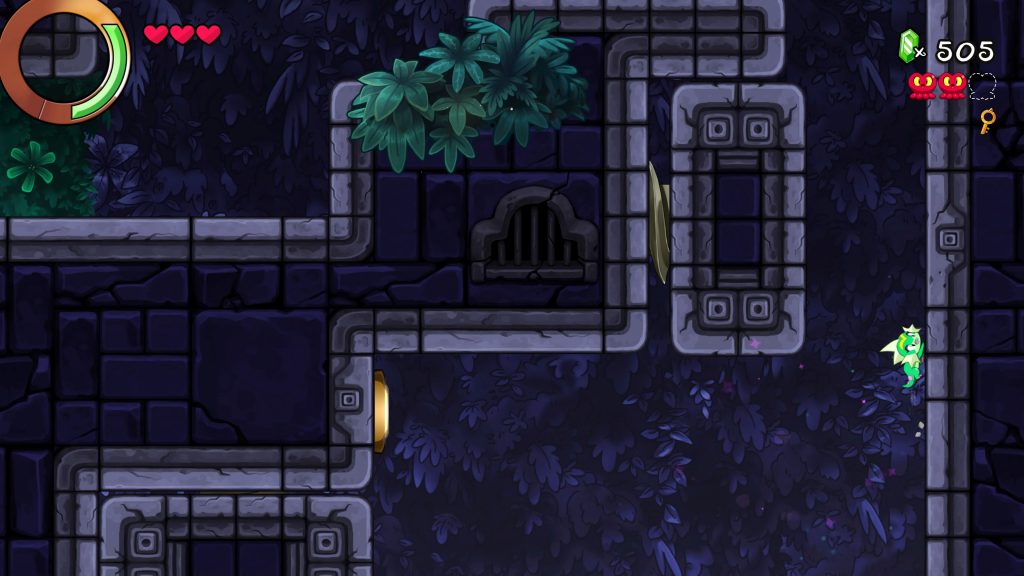 Shantae and her friends start the game on holiday. They’ve been invited to an event for half-genies on Paradise Island, but during the rehearsal for their performance all the half-genies disappear apart from Shantae. It’s up to Shantae to explore the island to find the missing half-genies and defeat their captors (the titular Seven Sirens) whilst gaining new abilities allowing her to explore otherwise unreachable areas.

For the first time the major story points are presented as full blown animated cutscenes which are well done if brief. They also lack the same amount of frames as the incredibly smooth animated character sprites when you’re actually playing. Not a major gripe by any means as the cutscenes and gameplay are obviously separate but there is a style difference. As nice as the character sprites are I will say the environments aren’t anything special to look at.

It’s the gameplay that counts and fans of Shantae’s adventures will be right at home here. Played on a 2D plane as usual, she can whip enemies with her hair and jump over obstacles. Ability gains come in two forms, transformations and dances. Transformations happen automatically, allowing you to dash forward as a newt with a press of

and climb walls or swimming as a frog for example. Dances need to be activated and affect the world around Shantae, like healing everything on screen or revealing hidden secrets. 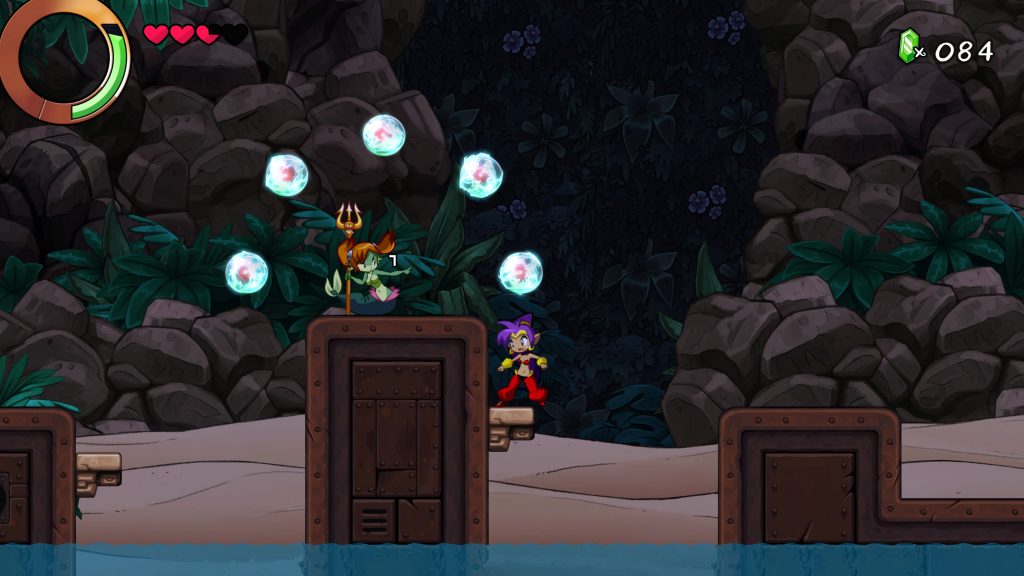 You can also buy attack upgrades and new magic attacks from shops with collected gems as well as healing items. Extra hearts will be littered around the world too with four of these allowing you to increase Shantae’s maximum health. Enemies will, through RNG, drop cards which you can equip three of to give yourself some perks as well, making Shantae a formidable character by the end of the game.

Shantae’s basic abilities will funnel her down a set path, before an unlocked ability will open the world up a little more, revealing new upgrades which will open the world up a lot more and so on. If you want to do 100% of the game, finding everything there is then there is a decent amount of content here. There is no tracker for the items as their have been in previous titles which makes finding the last few things a massive pain and stretching the game out further. Even with struggling to find the ONE LAST THING I still finished the game in ten hours which isn’t super long but it felt about right, whereas Half-Genie Hero felt a little too short.

The difficulty is still pretty low in this entry, with drops into pits and onto spikes merely placing you at the start of the room and there are no really challenging platforming sections. Rather than travelling to separate levels in this one you’ve just got one open world to explore which does mean there’s a decent amount of backtracking at times with each area only having one teleport point to work with. 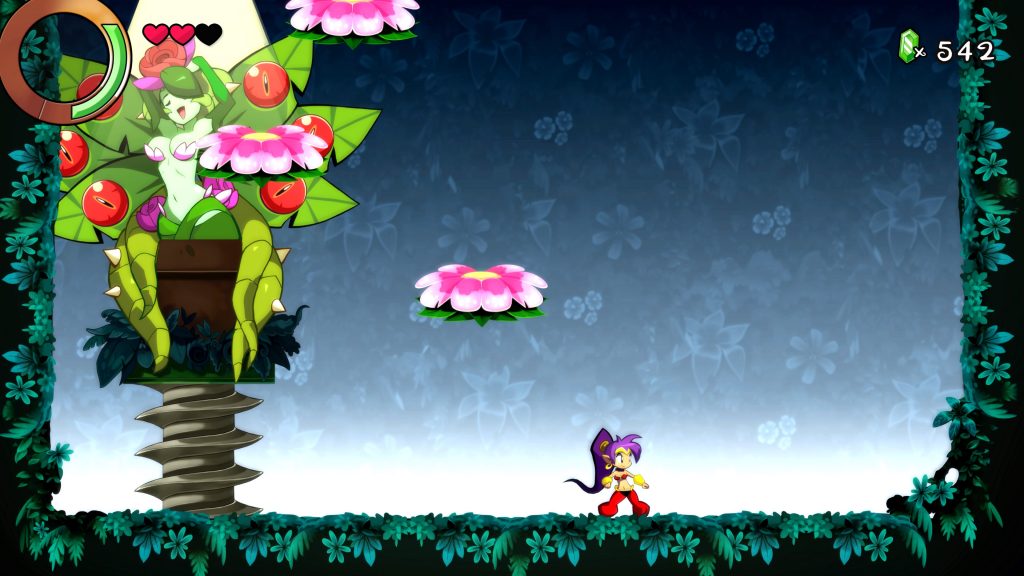 Each area isn’t overly long so it’s not a deal breaker but it’s a different approach to the last game. The world isn’t quite seamless however with loading times between different zones being a little too long. They’re only about five seconds but when everything else moves at a decent pace the wait for a transition can be a little jarring.

A handful of bosses round out the experience, each one having a gimmick to figure out before you can start doing damage. Like the platforming they’re not too challenging and there’s such an abundance of healing items dropped by enemies or bought from shops with the crazy amount of gems you get that there’s really no reason to die at all. I like a challenge in my games but here the challenge is exploring everything and getting every item rather than defeating enemies. You can also attempt the speed run challenge for a trophy if you’re feeling confident.

Wayforward have delivered again with Shantae and the Seven Sirens. Exploring is a lot of fun and the abilities add to that, not only opening up areas but changing how you explore regions you’ve already been to. It’s a bit on the easy side again and the running time is a little padded out thanks to not having a tracker on collectibles but the basic running time is decent and the addition of a New Game+ which makes your magic stronger but your defence weaker is also welcome. 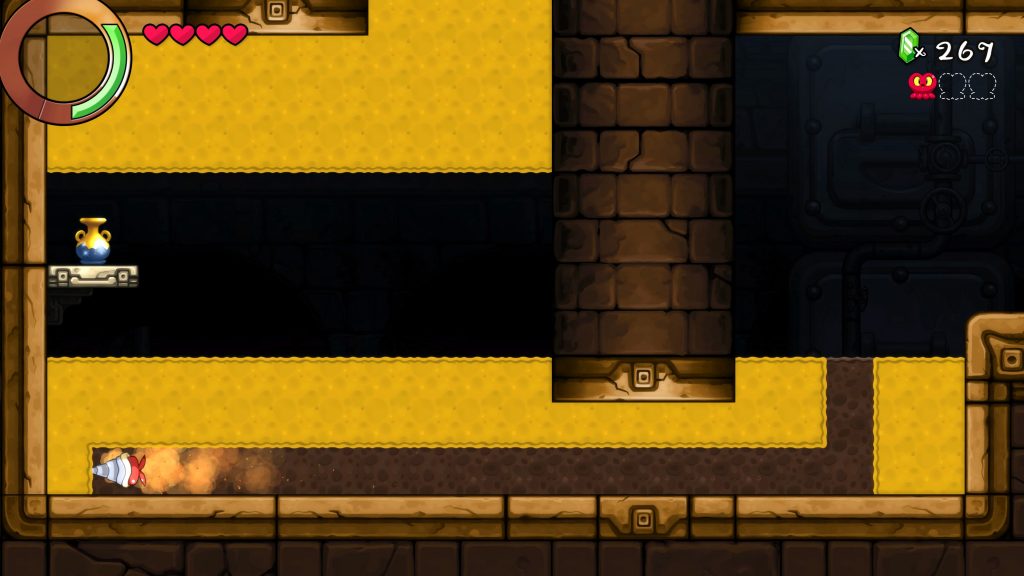 Fans of Shantae will enjoy Shantae and the Seven Sirens as well and Metroidvania fans that haven’t sampled the delights of the belly dancing half-human, half-genie should rectify that asap. The atmostphere is silly and enjoyable as always and the gameplay won’t test you too much but will entertain you through its runtime.

Shantae and the Seven Sirens
8 Overall
Pros
+ Fun abilities
+ About the right length
+ Beautiful animation
+ Enjoyable characters
Cons
- Lack of collectible tracker is unfriendly
- Transition between zones a little too long
- A bit too easy
Summary
Shantae and the Seven Sirens is another enjoyable game in the Shantae franchise. The open world and exploration could be streamlined a little but the characters and gameplay are as enjoyable as ever with great animations and abilities.