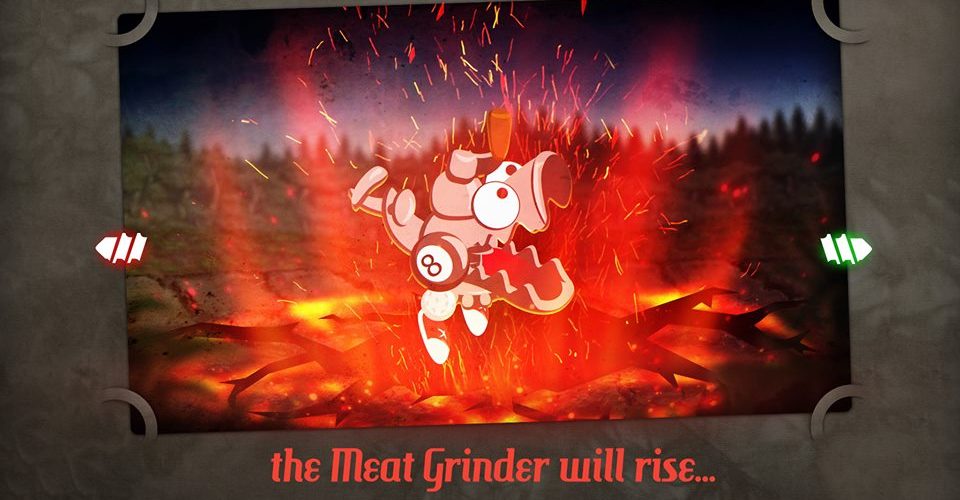 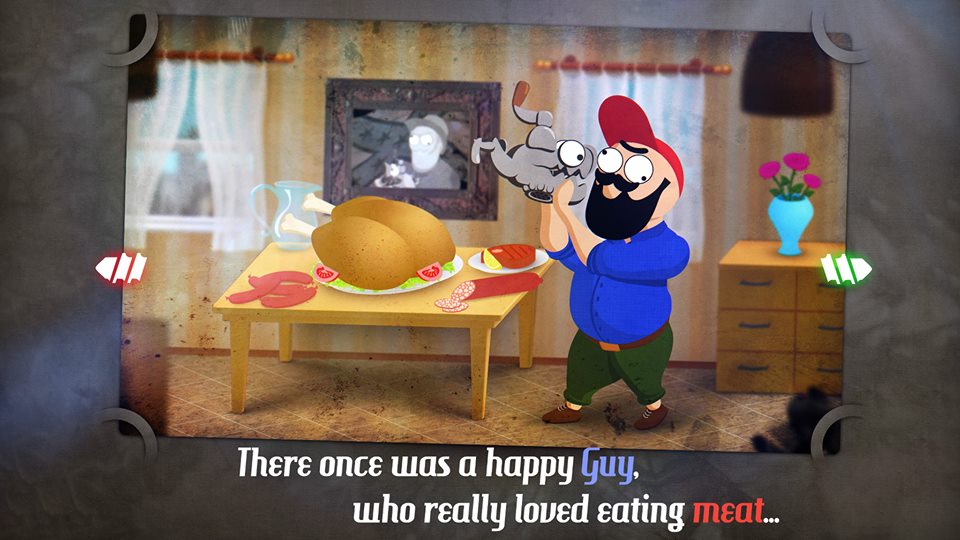 Have you ever looked at an entertainment experience and thought to yourself “who is this for”? That was me last week as I played Shanky: The Vegan’s Nightmare by Artvision games. You can already judge the game by its title for the most part, it seems to be advertised purely on the concept of boiling the piss of people who chooses not to eat meat for ethical reasons. Yet, is it really for just these people? Or is it also for those that snigger at the concept and buy it only to join in with the anti-outrage brigade, for the sake of being a part of the side that is telling the joke. Virtually punching the shoulder of those who also feel justified in trolling people for the sake of it. It certainly doesn’t feel like it’s for a third party, the kind of person who just loves games and plays them for enjoyment. That would require having a game that is enjoyable to play.

You play as Shanky, an anthropomorphic meat grinder that is abandoned due to his owner finding new love with a Vegan girlfriend. As the less than adorable character, you must navigate through various levels, utilising various methods of movement to reach your goal at the far right of the level. There is little else to say here really, it plays like most side scrolling platformers you know. However, instead of being able to jump in the traditional sense, you squeeze out grinded up meat which stacks and propels you forward in a vein like a rubbish jetpack. Artvision games have attempted a very minimal physics system to help with this, sometimes it works, but 90% of the time the control just feels sludgy and imprecise, causing Shanky to careen powerlessly into obstacles that you could avoid with a more traditional input. 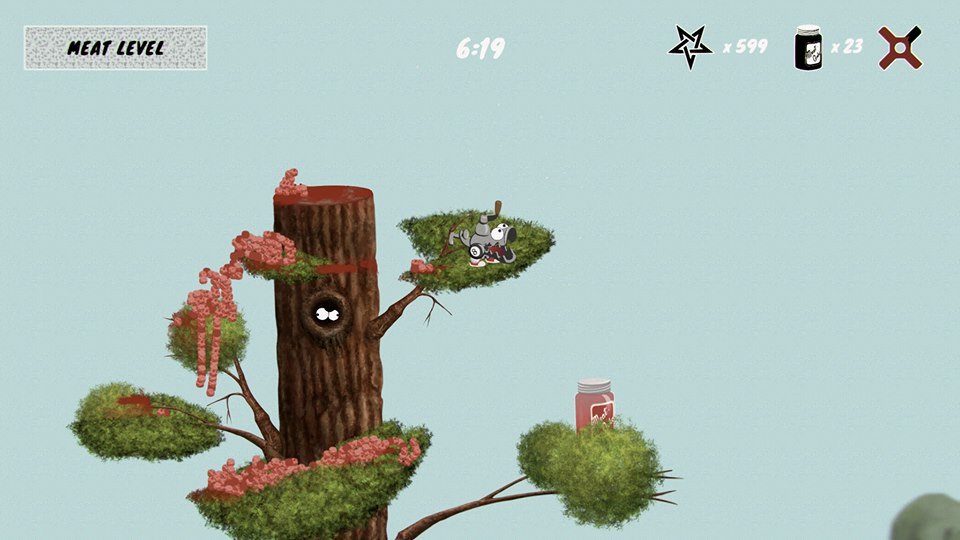 As you progress through the levels, the method of traversal changes from on foot, wheeled, flying via a hang glider and even a boat form. However, none of these gameplay shifts present a meaningful change in quality. Every one of these gameplay styles has the same level of poorly balance jankiness that makes the game a chore to play. This is not helped by some of the worst level design I have seen in a 2D Platformer. The on foot levels are littered with badly placed enemies that are ever so slightly off screen so you end up smashing into them before getting an opportunity to react. The flying levels can be almost fully skipped if you just stick to the top of the screen and the wheeled sections feature some of the worst controls and object placement that is purely designed to dick you over. Making this even worse is the fact that checkpoints are few and far between, as are health pickups. Often, if you take four hits, no matter whether you are at the end of the level or not, you will end up going back to the beginning. It feels that the developers have made the game this way on purpose, to create a frustrating game for Youtubers to chortle and despair at. It has all of the hallmarks of a vacuous viral marketing ploy with no substance other than clicks.

The core of Shanky comes from the mincing, this is your key to being able to get around and use your meat-based abilities. To replenish this, you need to run face first into living wildlife and collect meat cola jars which are dotted around each stage. It’s one of those mechanics, along with the traversal that would be somewhat interesting if used for a purpose. Sometimes it can be, albeit minimally, where you can grind meat down fire pits to cook up life replenishing pickups, using meat towers to block projectiles and a boss fight where you weigh down a scarecrow’s arm to aim a magnifying glass at a corn cob creature. It isn’t utilised nearly enough to feel warranted though and if anything, it is simply there to create that disgusting feel that the developers placed in to piss people off. 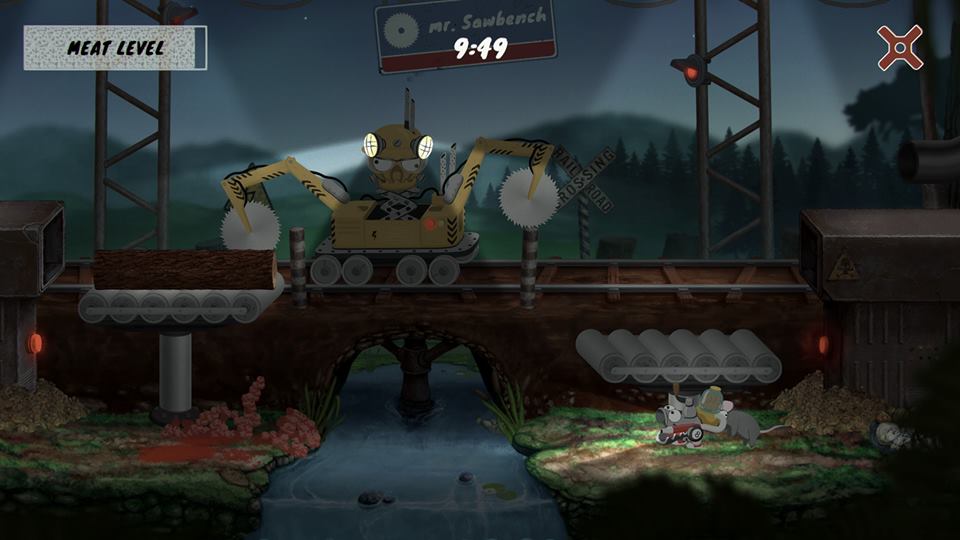 That’s the problem really, everything about this game wreaks of a development team out to create a joke piece for shock factor only. There is little, if anything of merit to the actual gameplay or presentation that justifies its existence. If it was funny, played well or utilised its ideas then it would have been fine, But Shanky: The Vegan’s Nightmare does none of these things. It’s simply none of the above and as a result, the game has absolutely no meat on the bone to sink your teeth into.

Shanky: The Vegan's Nightmare
2 Overall
Pros
+ Some nicely detailed backgrounds
+ The awful background music lead me to use Spotify and discover a new love for Devin Townsend’s music.
+ Evokes memories of late 90’s Newgrounds games
Cons
- Awful controls and game feel, you can often end up careening off into instant death pits thanks to how sensitive it can be
- Not nearly as funny as it is trying to be
- Some of the worst level design I have ever witnessed in a platformer
- Evokes memories of late 90’s Newgrounds Games
Summary
Shanky is not just a nightmare for vegans, it’s a bad dream for anyone. The awful premise mixes with awful gameplay and even worse background music to create an experience with absolutely no meat to it.