It doesn’t feel that long ago I was reviewing Ride. In the five years since, Milestone’s iterated, added, chopped and changed a formula that is finally starting to feel complete. With more tracks, races and bikes, Ride 4 is close to overtaking Tourist Trophy as my go-to bike racer. 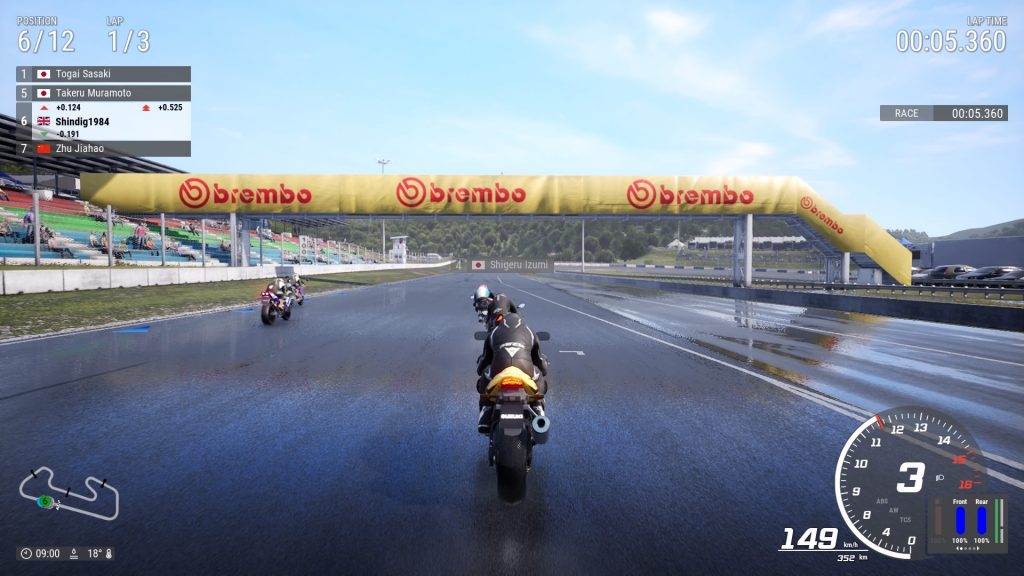 Whilst I’ve not entirely kept up with the series, I’m never too far away from Milestone’s output. They’ve steadily become much better at translating a bike’s handling and I feel they’ve found a nice balance here. The rising rear tyres under braking that plagued MotoGP 20 isn’t present here and it allows me to focus on finding my lines and trying to beat the AI into the corners.

It’s still tricky to master with plenty of movement coming from the tyres. There’s room to push your luck but the bike does like to bite back. Getting high on the curbs can invite trouble and I do find myself having to get out of the throttle to save it. It mostly feels realistic and makes riding the bikes feel more involved. There’s a consistency to it which really allows me to improve times on a regular basis.

Contact with other riders has a leniency to it which is welcome given how much chaos is it a start of a race. AI opposition seems surprisingly tough across the board. I’ll concede some of this might be down to me being poor but they seem very decent on the brakes. It leads to you having to watch your rear for any potential contact and really considering how to stay out of trouble. They are aware of you but you really have to be careful not to brake-check them. Luckily, flashbacks are on hand to dust out any indiscretions. They feel kind of essential when you’re learning the ropes. 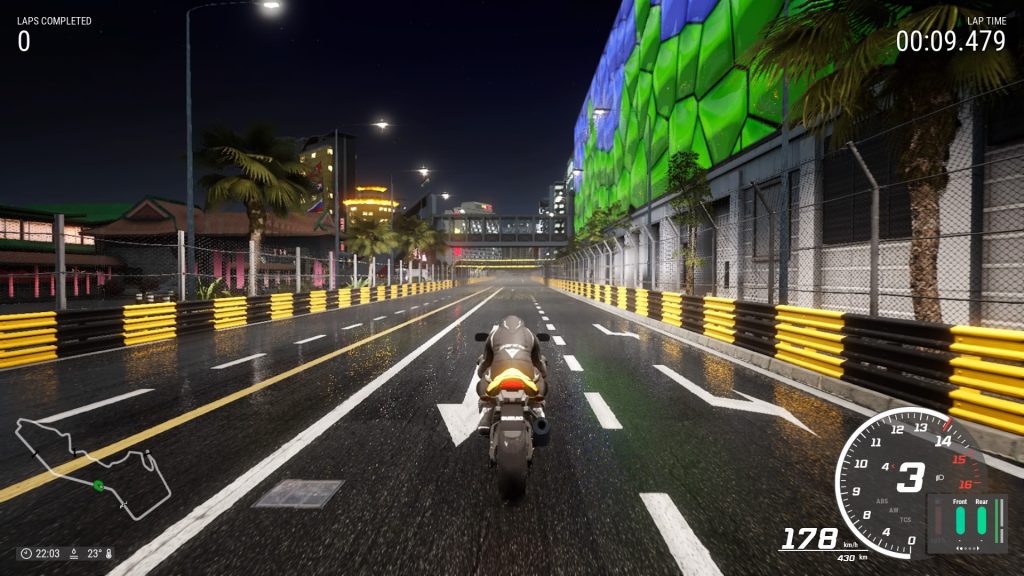 The career mode has now taken on a very familiar approach. Once you’ve made your rider, the ladder is split into regions. Each region has a license you need to complete before fully diving into the available events. The expectation of these tests aren’t mountainous but they do present a challenging obstacle before you can really get into the main course.

From there, you compete for cups and winning those opens up more events. The regional areas don’t offer a lot in events but the game really begins to open up once you unlock the World League. The events are all grouped by bike types and power but there doesn’t appear to be much in the way of restrictions.

The races can feel tricky in stock specifications but you can easily tune your bike to power past the opposition. Upgrades are relatively cheap and the game’s not stingy when it comes to giving you credits. Taking maximum points from events can also allow for some gifted bikes. There’s a nice loop to it with their always being something else to work towards. You’re kept in the saddle quite a bit and I don’t find myself having my progress blocked too often.

The track selection has a real international feel. Bike variants of familiar tracks like Tsukuba and Suzuka return but new venues like Road Atlanta freshen the list up. It’s a good, varied list with street efforts like Macau punishing errors and the North West 200 providing a much bumpier surface to race on. Personally, I feel some of the smaller Nurburging circuits can feel clumsy, especially on bigger bikes. Bikes never feel great to me when they’re dealing with tight, slow corners. The same could be said of Cadwell Park. Aside from that, it’s a well-rounded in terms of venues with weather and time all available to be tweaked. 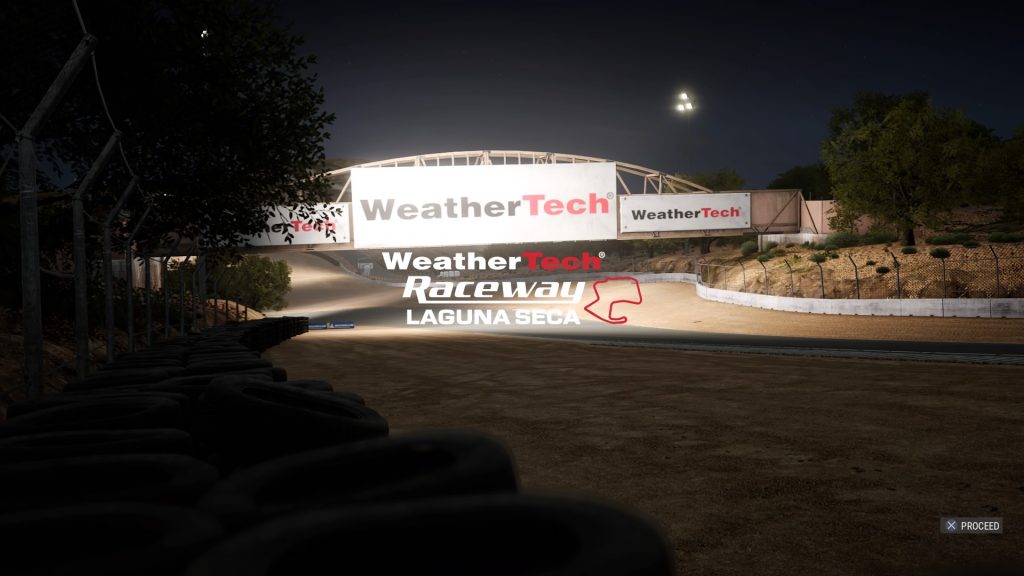 Bike selection feels a little less exciting. There’s plenty of sporty hardware from your standard Kawasaki Ninjas and Honda Fireblades but not a lot in the way of curiosities. There’s 180 to choose from which covers a variety of styles from naked bikes to classic sports efforts. The ridiculous Suter MMX makes an appearance but I don’t see many other wildcards. There’s a real novelty to the game featuring an electric powered Harley but the more prominent manufacturers like Energica aren’t featured out of the gate.

It all looks and sounds fine. Whilst it’s not entirely polished, the tracks have a decent detail to them. The bikes carry the most fidelity but it doesn’t make them pop unfairly when compared to the surroundings. The changeable weather is well done with wet pavement quickly drying out and day turning into night. The sound is equally decent. Each bike sounds different and the little touches like the bike squirming under acceleration gives you a nice piece of visual feedback.

Some of the event types are hit and miss. As much as I like a time trial, the zero tolerance Ride 4 applies to it leads to frustration. Touching curbs is seen as a cardinal sin and any crossing of the white lines is deemed a failure. I find it irritating and restarting tests aren’t as instant as I’d like. As a big mercy, flashbacks are allowed for the majority of the license tests so errors big and small can wiped from history. 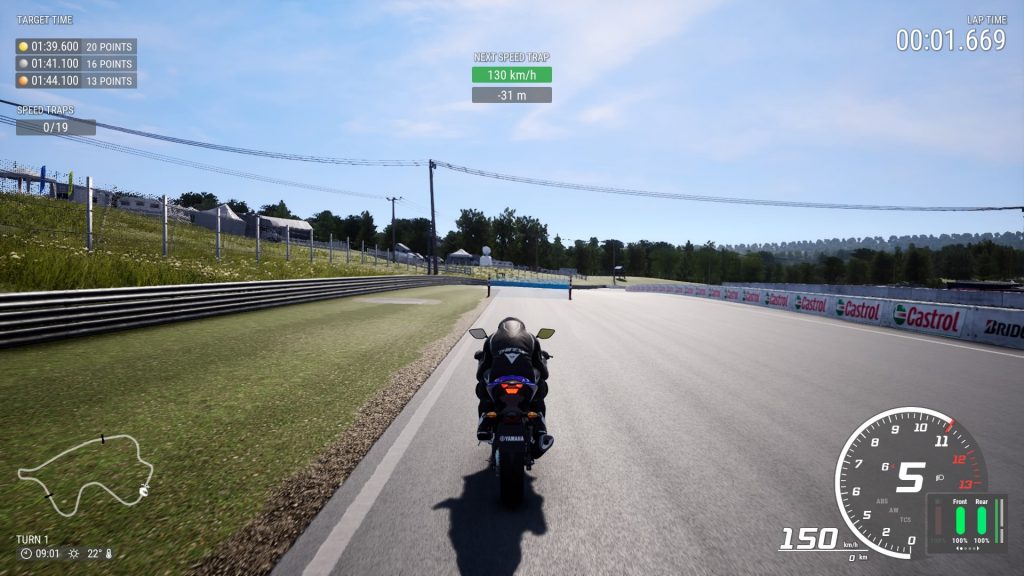 Away from the single player, online options are simple. You can engage with private or public lobbies which, at this early stage seem fairly populated. It appears to be all in an unranked capacity which leads to just so daft, crash-heavy fun. It’s basic and consequence free. You have the usual options to restrict entry by power, setup and and apply weather and it all flows neatly from one race to the next.

Ride 4‘s a great step forward for the series. The handling feels accessible but nuanced enough for you to master whilst the career progression always gives you something to work towards. I’ve enjoyed it greatly and it reminds me that I haven’t seen a motorcycle title get this approach right in well over a decade. The license tests can frustrate but there’s something so compelling about chasing medals and money for new bikes.

Ride 4
8 Overall
Pros
+ Great handling model that gives you the right amount of feedback.
+ An international, varied selection of tracks.
+ Bike selection is largely decent.
+ A rewarding, sprawling career mode.
Cons
- Time trials have a zero tolerance to them that feels unfair.
- Flashbacks can feel necessary with turn one usually inviting chaos.
- Some manufacturers feel poorly represented.
- Online options feel very basic.
Summary
As a complete package, Ride 4 finally manages to deliver with a rounded selection of bikes and tracks. The career mode feels substantial and, whilst the AI can feel a little tricky, the game gives you plenty of room to upgrade your wheels and power past. It's a little rough in spots with some tests adhering to a zero tolerance but the actual riding, on and offline feels fun and challenging.