From Staffordshire-based UK indie Lightwood Games, a remarkably prolific specialist puzzle game developer, Pic-a-Pix Pieces is a puzzle game with surprising longevity. We have to confess we’d never heard of them before, but that’s mainly due to their output being mostly on 3DS and mobile.

Pic-a-Pix Pieces is a logic game, familiar to wider audiences as the broadly similar Picross on Nintendo systems since the Gameboy. A perfect game to relax to, or in the case of the Vita version for crossbuy fans, while away a lengthy journey. 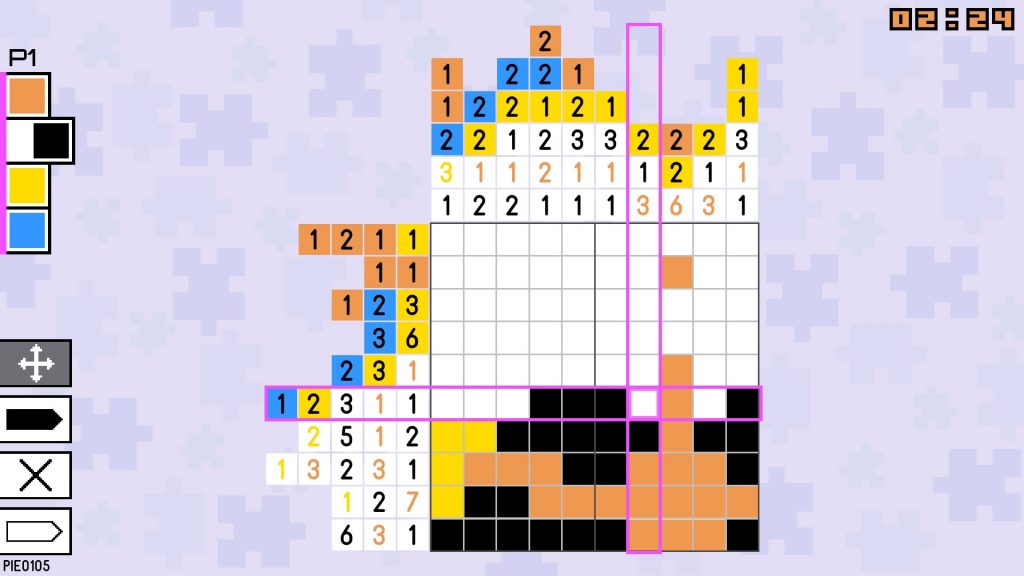 So relaxing in fact, we found our eyelids growing heavy several times during our playthrough for this review. But that could have just been the fact we told our wife we’d be heading up to bed soon and suddenly it was one in the morning.

For those unfamiliar with the gameplay, you start with either a 10×10, 15×15 or 20×20 grid. Each line has a sequence of numbers next to it that denote which squares are coloured in on the gridline in question. In the case of the multicoloured puzzles here, say 6 4 3 7 on a 20×20 puzzle means the first six squares are red, followed by four blue and so on. The 300+ puzzles in Pic-a-Pix Pieces are spread over 20 distinct pictures, some puzzles easing you in, others being a stiff challenge. 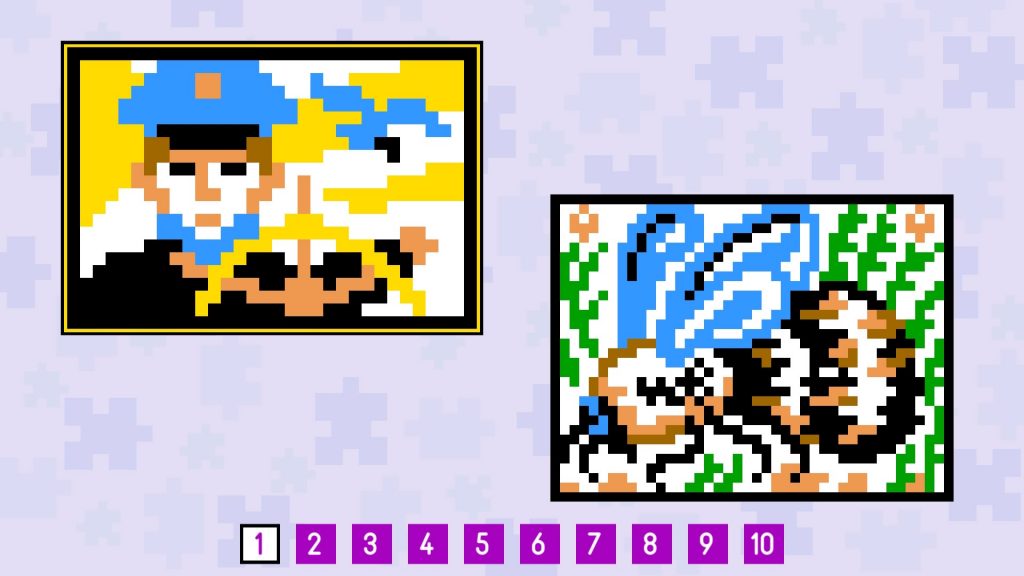 To get a medal on a puzzle, you need to reach a conclusion without using the Fix Errors function. Easy enough on a 10×10 or the right 15×15, but good luck doing it on a more complicated 20×20. One of the harder trophies in the game ought to be getting a medal on the largest puzzle sizes, but an open goal makes it somewhat easier than it should be.

Unfortunately there’s one puzzle that makes it a doddle and makes (eventually) getting a platinum trophy nothing more than abusing the Fix Errors function on the more complex puzzles. A trophy for completing every puzzle without using hints would’ve stopped this being an issue, but to mark the game down for that would be churlish in the extreme on our part. 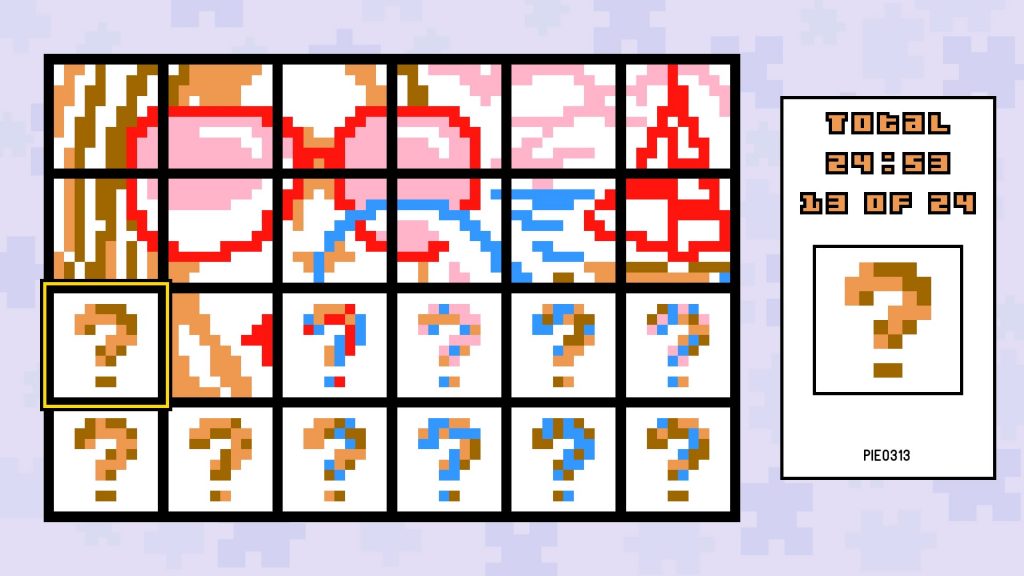 You’re still looking a significant time investment to beat the game 100% anyway, hint function or not. That combined with the £6.49 price tag and Vita crossbuy make for incredible value here.

There’s also couch-based co-op so it’s ideal fodder for those families that play together, especially with younger kids, though you might want to stick to the more basic puzzles to start with. 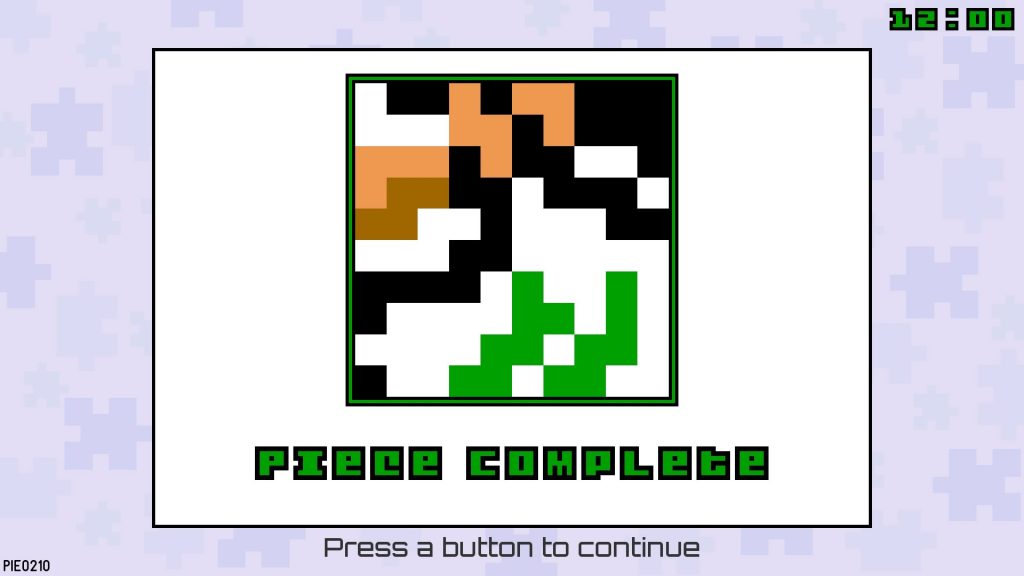 In conclusion, this is a great value puzzle game which becomes all the more attractive if you’re a Vita owner too.

Cons
- What you see is what you get
- Probably going to get lost in the noise on PSN
- Trophies are too easily earned by exploiting the game's 'Fix Errors' system
Summary
Pic-a-Pix Pieces is a well made Picross game that offers a large amount of solid gameplay at a very fair price and is well worth picking up if you're a fan of puzzle games.