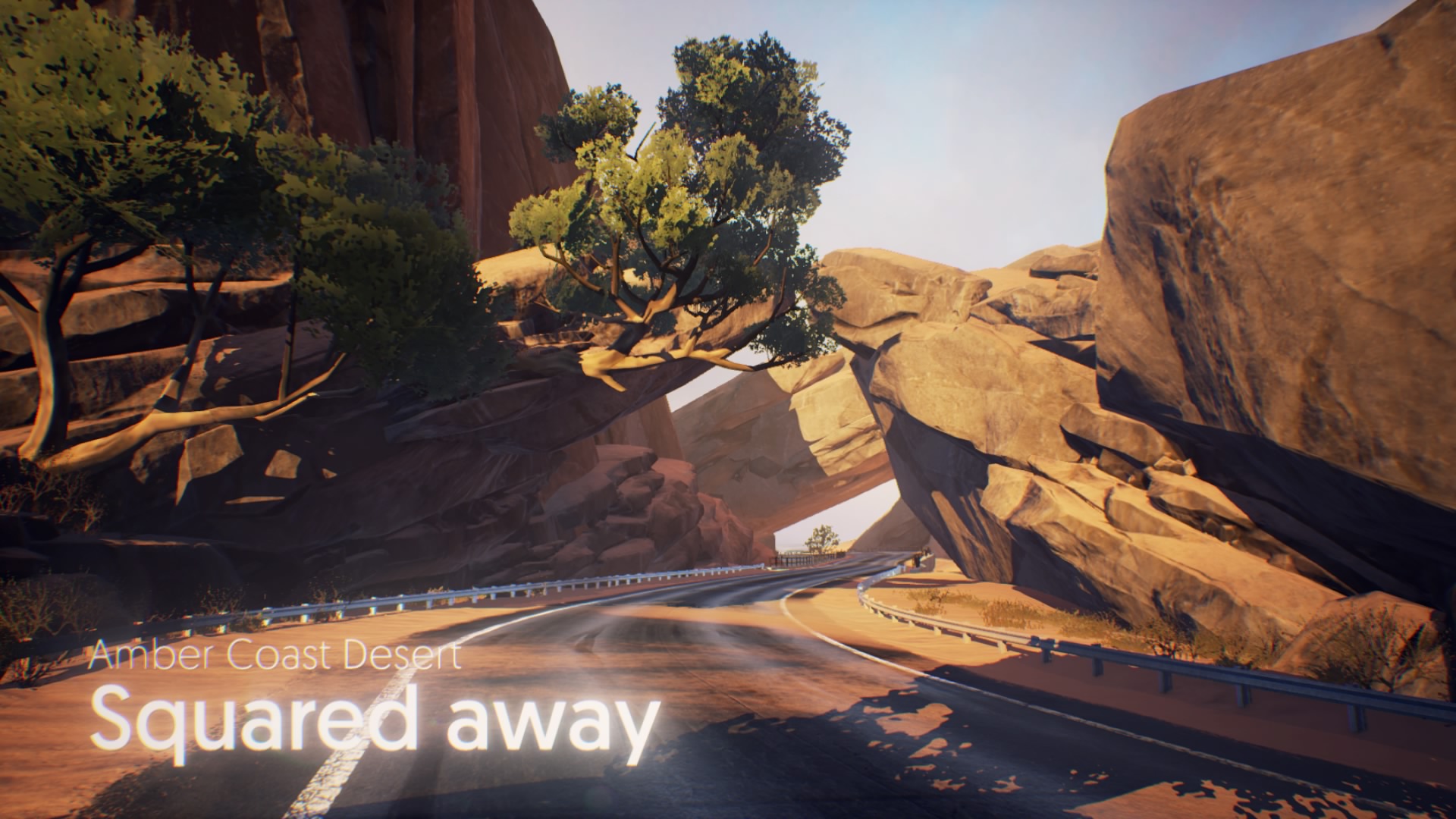 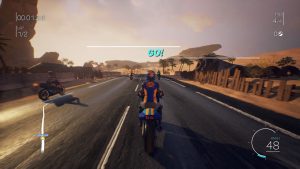 I’m a sucker for a decent arcade racer so when the fourth installment of the Moto Racer series landed on my lap, I was hoping for a decent time. They’re remembered fondly on the Playstation and, whilst some of the charm has worn off after three editions, Microids are developing Moto Racer 4 in an effort to give its heart a jump-start.

I’ll get the positives out the way. There’s a fair few modes available and, whilst they all feel fairly standard, the career mode offers variety. There’s elimination races, timed challenges against the clock and standard races against others. You’re kept on your toes as the events chop and change and they all come with challenges of their own to master. They take place across wildly different locales that offer plenty of alternative paths. It allows for some on-the-fly decision-making which make races a little more interesting. It takes a leaf out of Burnout‘s book with some events involving oncoming traffic to weave through. With that comes bonuses to charge up your turbo and build up your style points. Amass enough of those and you can bank upgrade points to spend on your bike. 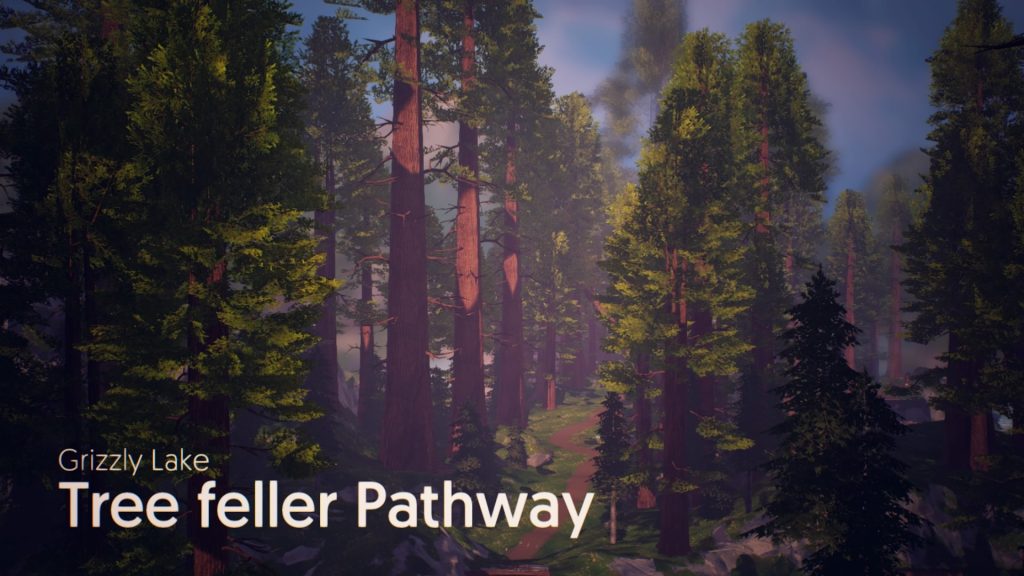 It feels nice to get a sense of improvement in a career mode and it doesn’t require a whole heap of investment. You can boost up several and decide on a favourite. Progress, however, doesn’t seem to last. You see, I almost completely wrote career mode off as broken as I’d place 1st in an event and not get the challenges unlocked for it. You’re awarded stars for success and was surprised to see me floundering on one-star rewards. Turns out you have to select the other challenges pre-race. It’s an oddity but, whilst I’m relieved the game functions, new frustrations become apparent.

Anything above one-star is a struggle. The AI steps up their pace and you really have to be on point to make gains. There’s no rubber-banding on display so, if you lose ground, it’s lost forever. Mashing turbo doesn’t seem to bridge the gaps as the opposition will use theirs equally effectively. You can call this a challenge if you want but, to me, it’s too far. Upgrading your bike doesn’t do much to help with all of them being marginally different. 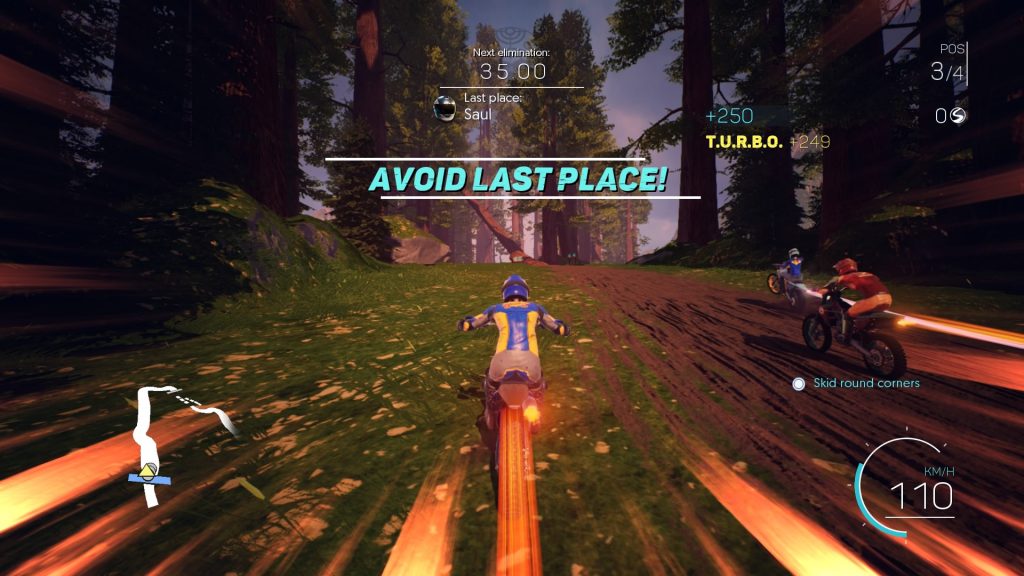 Couple that with a handling model which is just the wrong side of twitchy and you’ve got a problem maintaining direction and speed. On flat surfaces, it’s not really an issue but the game’s off-road, twistier excursions can only highlight how off-kilter it feels. Turbo can only be activated if your wheels are grounded so the bumpier tracks wind up becoming disjointed as you fart boost whenever you get the chance. Even worse is if you come to a dead stop on track. There’s no manual reset so you’re losing valuable time whenever you take a wrong turn into traffic, obstacles or rocks.

When it comes to the environments, they look very outdated. The first career event foreshadows this with some incredible Unreal pop-in that remind you this game is a budget title. The bikes fair a little better and, whilst they look prettier than the world around them, they aren’t exactly stunning. Frame-rate seems to hold steady enough so the stuttering that plagues the PC version steers away from the console editions.

With that in mind, potential buyers might be interested to know about the game’s online features. There’s plenty of modes to speak of and local splitscreen is catered for. You could possibly claw some value back if there was a community to speak of. Now, I know it’s a budget title just days after release but the leaderboards and online lobbies are bare. Coverage of this game is sparse and I don’t see word of mouth really bringing a community to it. You might spend a lot of time in Moto Racer 4 alone. 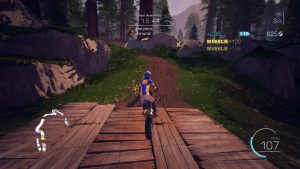 It’s kinda bleak. Every aspect of this game portrays a limited budget but, if the handling and racing was tighter, I’d be alright with it. I don’t really feel like continuing with it. Each rider has some blurb during loading screens to imply some personality but it’s not enough to make me care. I’d like to get some serious time invested in career mode but the combination of the AI, handling and track design provide genuine roadblocks. Some might enjoy the fight that comes with a tight race but you’ll need the patience and a lot of compromise to consider this money well spent.

Moto Racer 4
3 Overall
Pros
+ Challenge for those with the patience. + Plenty of modes to keep you occupied.
Cons
- Handling not as tight as it needs to be. - Unforgiving AI. - Barren online community. - Not particularly engaging.
Summary
This feels like a great disappointment. Moto Racer 4's budget upbringing can do little to forgive the twitchy handling and tough career objectives. For an arcade racer, fun moments are in short supply and fans of the series might want to avoid this. There's challenge and frustration in abundance but the core racing doesn't excite me.