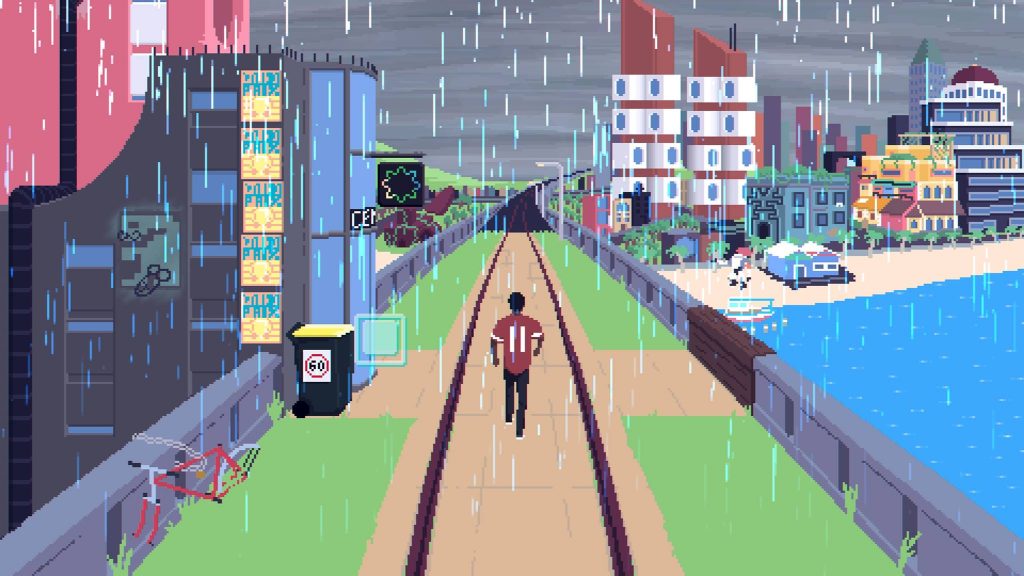 I’ve spoken a lot about modernised retro games in the past. If you don’t want to read through my previous reviews, then the general gist is that there is a lot of them and if you happen to be a fan of retro games and play enough titles with ‘Pixel’ in the name then enthusiasm starts to wain slightly. The same could be said about Kickstarter, The crowd funding birthplace of a large portion of these nostalgia baiting projects. When it comes to gaming, Kickstarter has somewhat established itself as a place where spiritual successors get made, often to a sense of mass disappointment when people realise that they should have been careful what they wished for.

Every now and then however, there is a project that appears from nowhere with a refreshingly realistic goal and a genuine sense that the campaign is benefitting someone with a niche, yet interesting idea. Enter Oscar Brittain, a solo developer who managed to scrape his Kickstarter funding with AU$ 14,427 from a AU$12,001 goal, which is essentially the Australian equivalent of five British pounds. 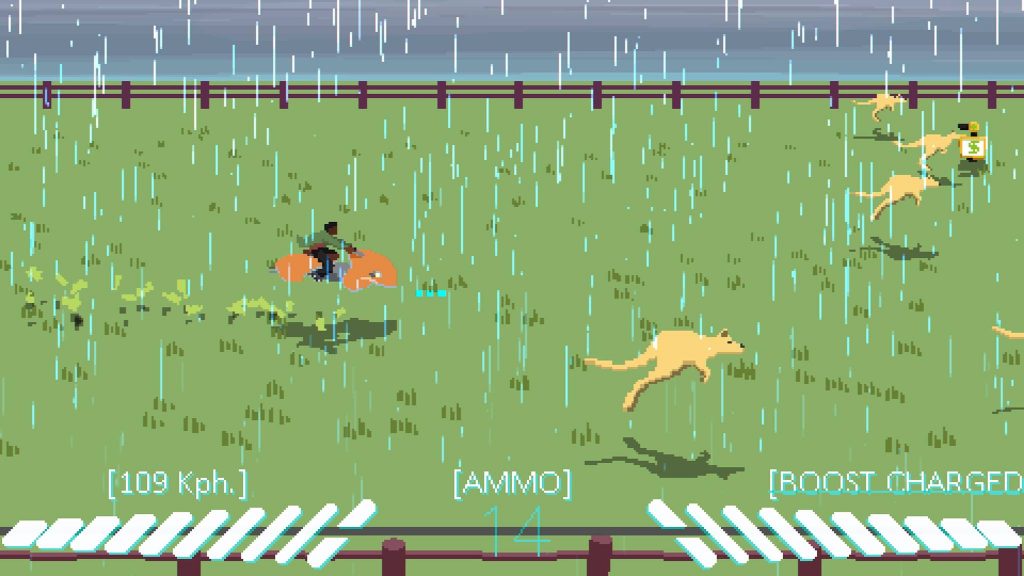 The first thing to notice in Desert Child is the amazing sense of style. The in-game aesthetic is a stark mix of classic DOS style games from the likes of Delphine Software and backdrops that counteract the basic looking animation with dense and beautifully constructed pixel art. The worlds of Desert Child paint a dishevelled and hyper realistic picture that breathes a lot of character into the Sci-Fi Austaliane locales. The presentation is completed by a varied hip-hop soundtrack that takes more than a few cues from 90s funk beats and retro wave style soundscapes. This soundtrack acts as one of the few available collectibles in the game and does a great job of setting the tone and complimenting the atmosphere of the game.

In terms of the actual gameplay, Desert Child is an interesting beast. The core aspect of this is within the hoverbike racing. This takes place on a 2D plane, like that of an endless runner on mobile. In this you must face off against another hoverbike rider as they shoot to slow you down, pick up cash or try to edge out in front of you. You are rewarded cash for a win, along with additional bonus dollars by picking up money drops during each race or mission. On the other side of Desert Child is a small-scale open world with RPG-lite mechanics that give the worlds meaning and gives you some resource management mechanics to consider. 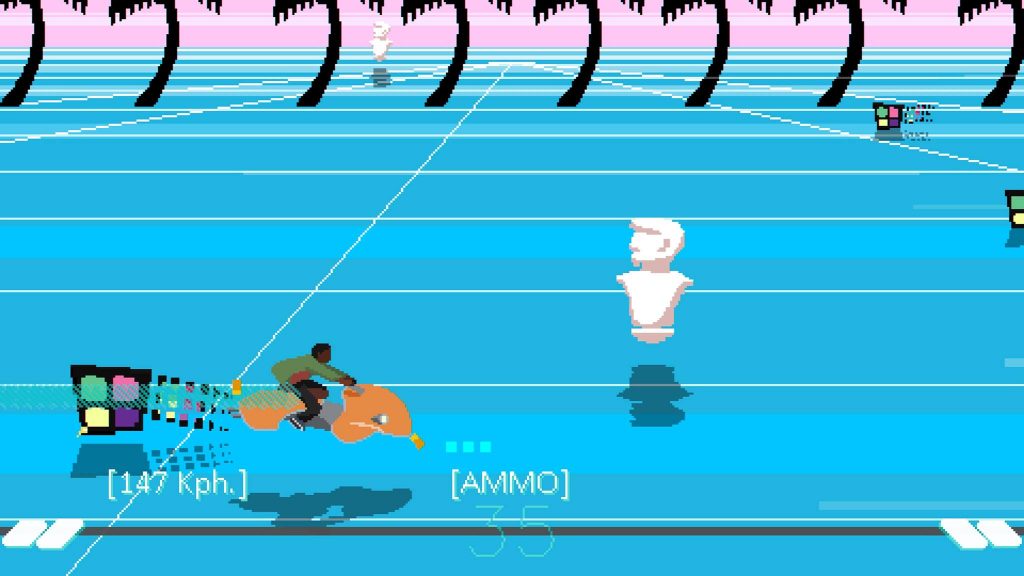 The main goal of Desert Child is to earn money so that you can enter the Mars Grand Prix, which is your road to fame and fortune. However, counter to this, In between races you need to ensure that your bike and rider are in tip top condition, both in the hoverbike’s overall repair state and keeping your rider well fed. As due to the racing your bike will get damaged and hunger means you cannot boost as much as you may like, you need to constantly manage your condition so that you can get maximum gain from events.

Rather than be shoehorned into one type of race, you do have other avenues to earn cash and this comes in the form of side missions. These can be activated either through job board postings or meeting shady businessmen in the back alley of the Nightlife district to engage in some less than legal activity. This choice allows you to engage in some variety and adds a new dynamic in the form of running from the law occasionally, in a hoverbike chase sequence that sees you lose all your ill-gotten gains if the police overtake. Job postings have a range of missions that include herding kangaroos to tutoring other racers, however I will say that there could be more types of mission to engage in. These also rely on the player seeking out the missions to do in lieu of simply mainlining the race mode time and time again. 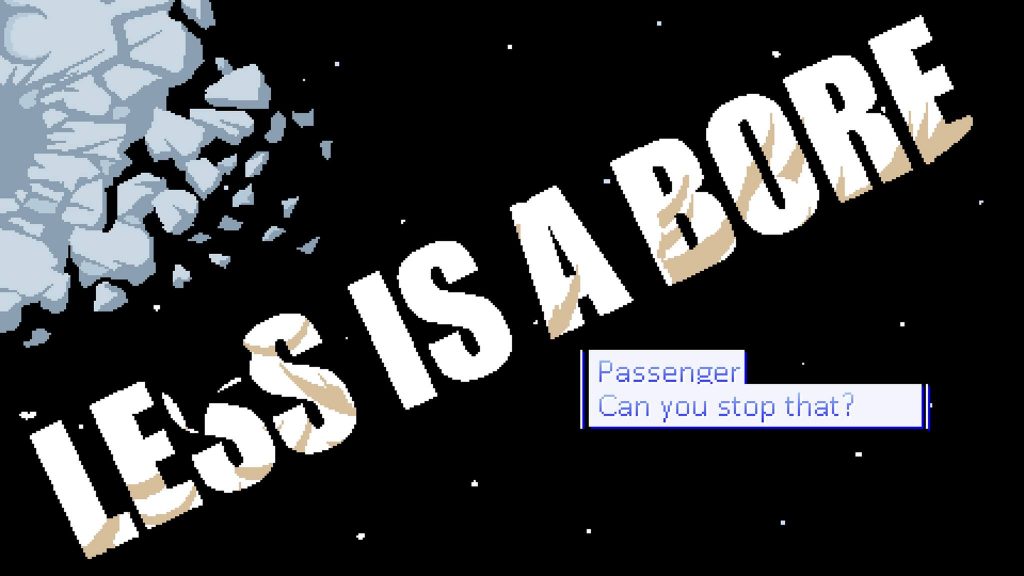 Another aspect of the game is your bike itself. There is a simple to learn upgrade mechanic which allows you to install modifications into your hoverbike and to junction more power to certain aspects. These upgrades can be earned through racing, buying at vendors or stealing them from other bikes that are dotted around the open world. It’s a simple but effective idea, place parts on a Resident Evil 4 style inventory screen and slot power cells near these to increase the strength of your gunpower, boost or to increase the discount you receive at nearby pizzerias. It’s a basic system but it helps if you find yourself starting to have trouble with the racing events. At first, I felt the racing mode was a bit of a mess as I tried to figure things out, after messing with the upgrades I felt that I had more agency on my character and everything fell into place.

Minor frustrations aside, with satisfying racing mechanics, a fun open world and some great presentation, Desert Child is quite possibly the freshest modern retro title that I have played in the past few years. While it does suffer later due to a relatively repetitive game loop, it is great to see a game with such a small footprint in terms of budget and development get an airing such as this. It’s a strong first impression for Oscar Brittain and one that should be experienced for its uniqueness.

Desert Child
8 Overall
Pros
+ Fantastic sense of style
+ Fun side missions
+ A Novel mix of action and RPG gameplay
Cons
- Not a massive sense of variety in terms of missions
- Could have done with more NPC involvement
- Gets a bit repetitive
Summary
Desert Child is utterly unique. It blends the moreish action of hoverbike racing with an amazing DOS inspired aesthetic. It’s a short and sweet racing RPG that plays incredibly well in short bursts. Well worth picking up if you fancy a modernised retro title that does something different.