Still reeling from Episode 3’s revelations, we found ourselves knocked on our backs by the twists and tribulations The Council Episode 4 threw at us. Burning Bridges takes what we thought were the paranoid rantings of a madman and runs with them emphatically. We’d tell you what they amounted to but they’d ruin the storyline completely, which we’re sure you’d rather not happen.

Either way, the initial misgivings we had coming into Burning Bridges had us laughing at the sheer overblown Dan Brown style plot devices employed by the time we were done. 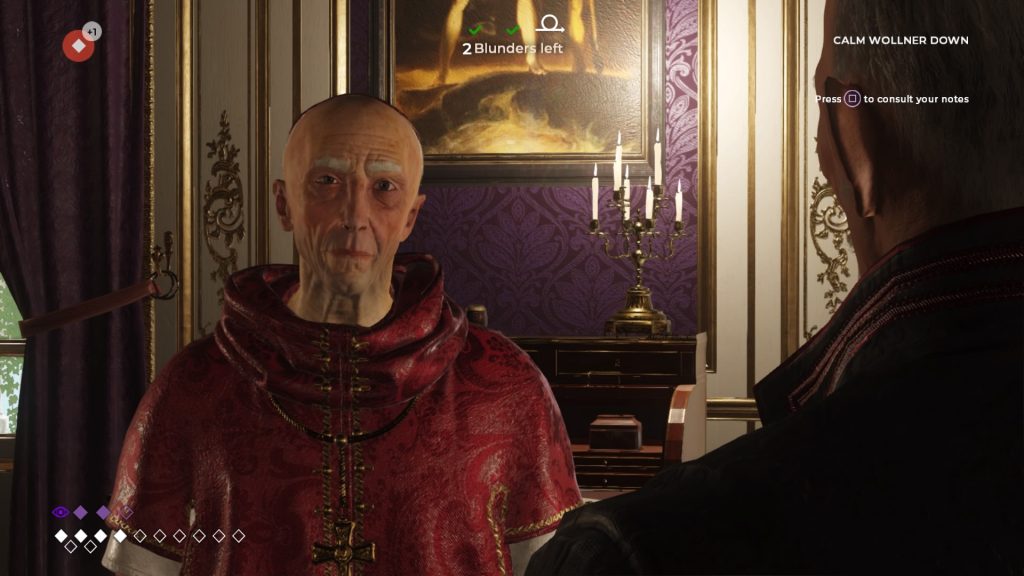 Despite that, we couldn’t tear ourselves away. But rather than lumpen prose and words of one syllable, we were subjected to some overblown dialogue and hyperbole we never saw coming.  The plot revelations in the previous episode had nothing on what was to follow here. It wasn’t so much a twist as a full-on whirlwind of gleeful silliness.

I expect the script writers had this in mind from the beginning of the first episode; particularly with early references to Al-Azif (AKA the Necronomicon) so beloved of HP Lovecraft; but for the player the sheer number of curveballs Burning Bridges flung our way were bewildering to say the least.

The plot galloping on in such fashion does lead to a feeling that your decisions and actions have little effect, your player agency does seem a bit neutered in the interests of advancing the storyline. 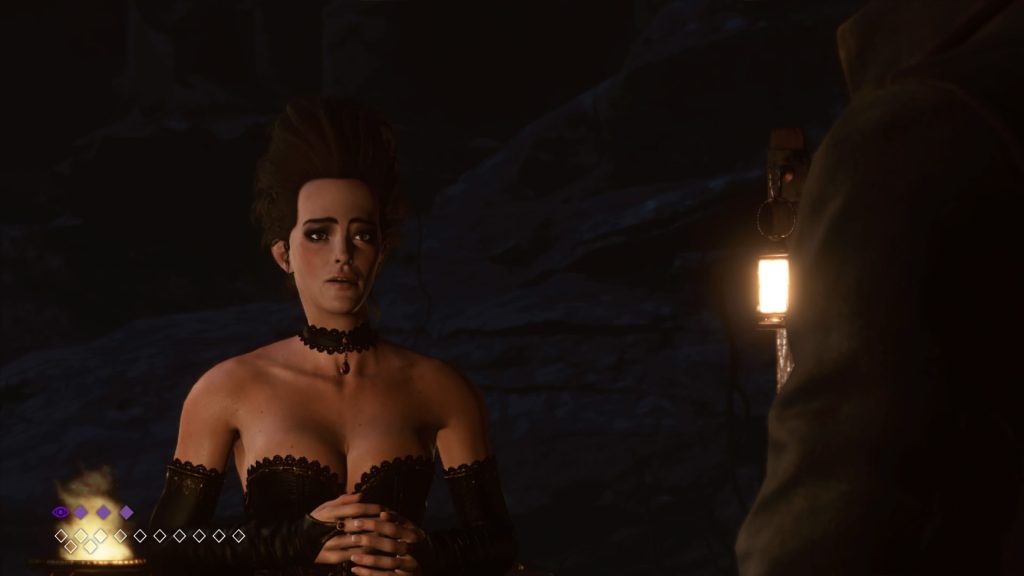 Maybe for this reviewer at least, the sheer fact we reviewed this and Episode 3 effectively back to back to catch up is a factor. Perhaps a couple of months between instalments is the best way to take in this particular series. Though we should be grateful that the story is going somewhere rather than the turgid fashion the likes of Telltale’s Game of Thrones played out. And we all know how that ended for that studio in particular.

This series has been nothing if not eventful and the fact your character bears the scars of various trials (in our case a severed right hand) are a welcome departure from the usual tropes employed in episodic games.

One of the outcomes of one plot twist in this episode is a new gameplay mechanic. Big Bad Wolf should be applauded for keeping it close to their chest until midway through the fourth episode with just one more remaining.  We won’t go into it again for plot spoiler reasons. 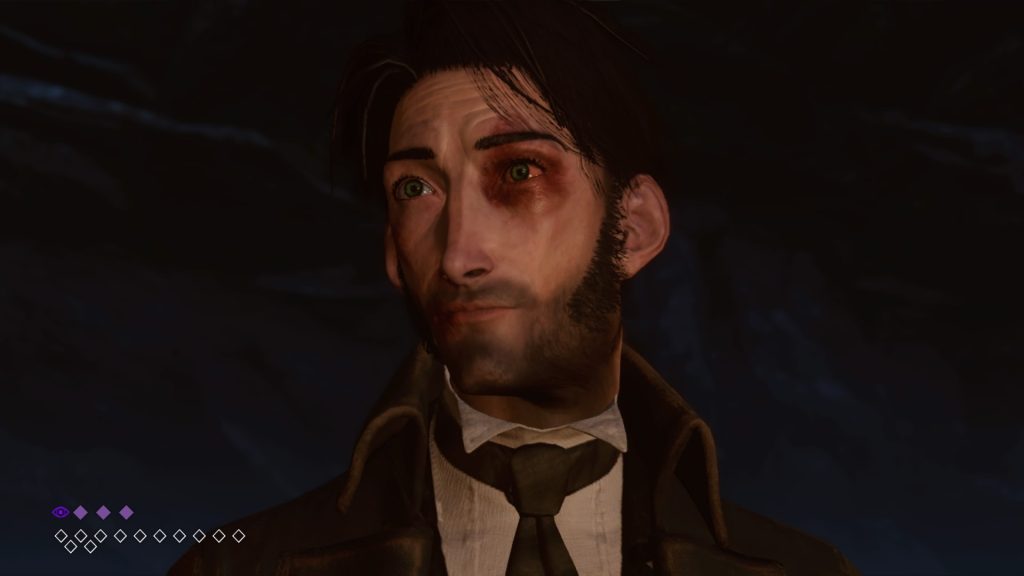 You’ll be asked to pick one of two warring factions in the negotiations that ensue, you’re assured upon choosing as to the importance of this decision but as yet we’re unconvinced as to whether there have been any consequences to speak of. Hopefully episode 5 will lead to some actual outcomes and a cataclysmic conclusion to this entertaining game. Perhaps old man Cthulhu himself will show up, that we’d like to see. Sadly, no Lovecraftian tentacled horrors are currently evident.

A quest that dominated the early part of the episode appeared to be forgotten by the close of this episode, almost an insignificance. We hope that the final episode carries on with this intriguing subplot but to be honest, after the state of “what just happened?” confusion we found ourselves in by the end, we don’t know if our brains can take it. 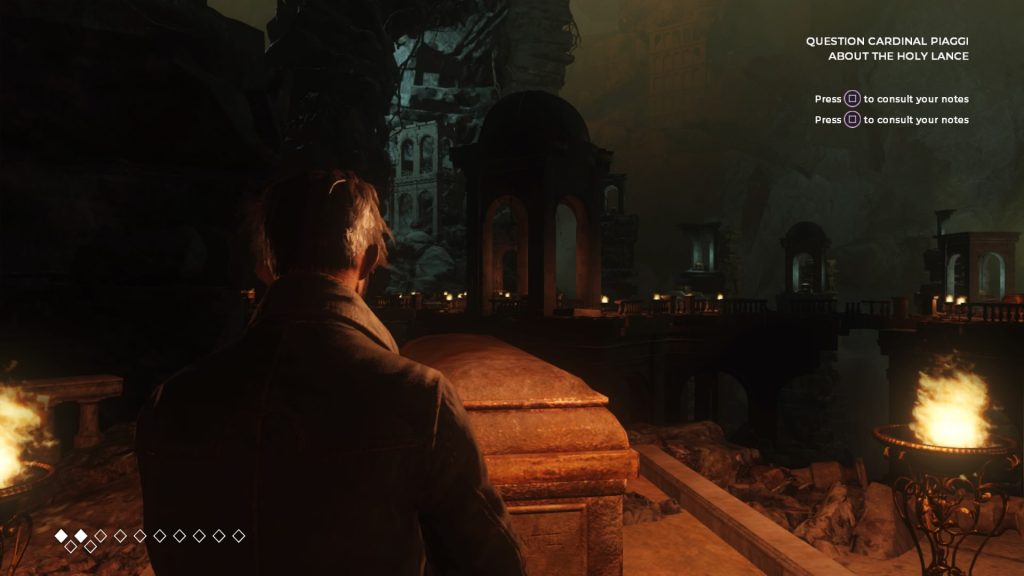 The same scary waxwork characters affect this game as they always have and the architecture remains impressive as ever.

Taken in isolation this episode is a bewildering mix of plotlines colliding with one another, but you’ll not have played this far without already having made your peace with the disparate elements evident here. Burning Bridges might prove a step too far for some, but the chances are, you’ve come this far like we have and you’re going to see this story out regardless of the outcome.

The Council - Episode 4: Burning Bridges
7 Overall
Pros
+ Impressively modelled architecture and character models for the most part
+ Car crash storyline we can't help but be carried along by
+ Nice deductive gameplay
Cons
- Baffling revelations that come out of nowhere
- Some characters are scary animated waxworks
- A general feeling the storyline is carrying on, your choices be damned
Summary
An almost overwhelming continuation of the episodic graphical adventure with RPG elements. Almost preposterous at times and yet we couldn't divert our gaze.