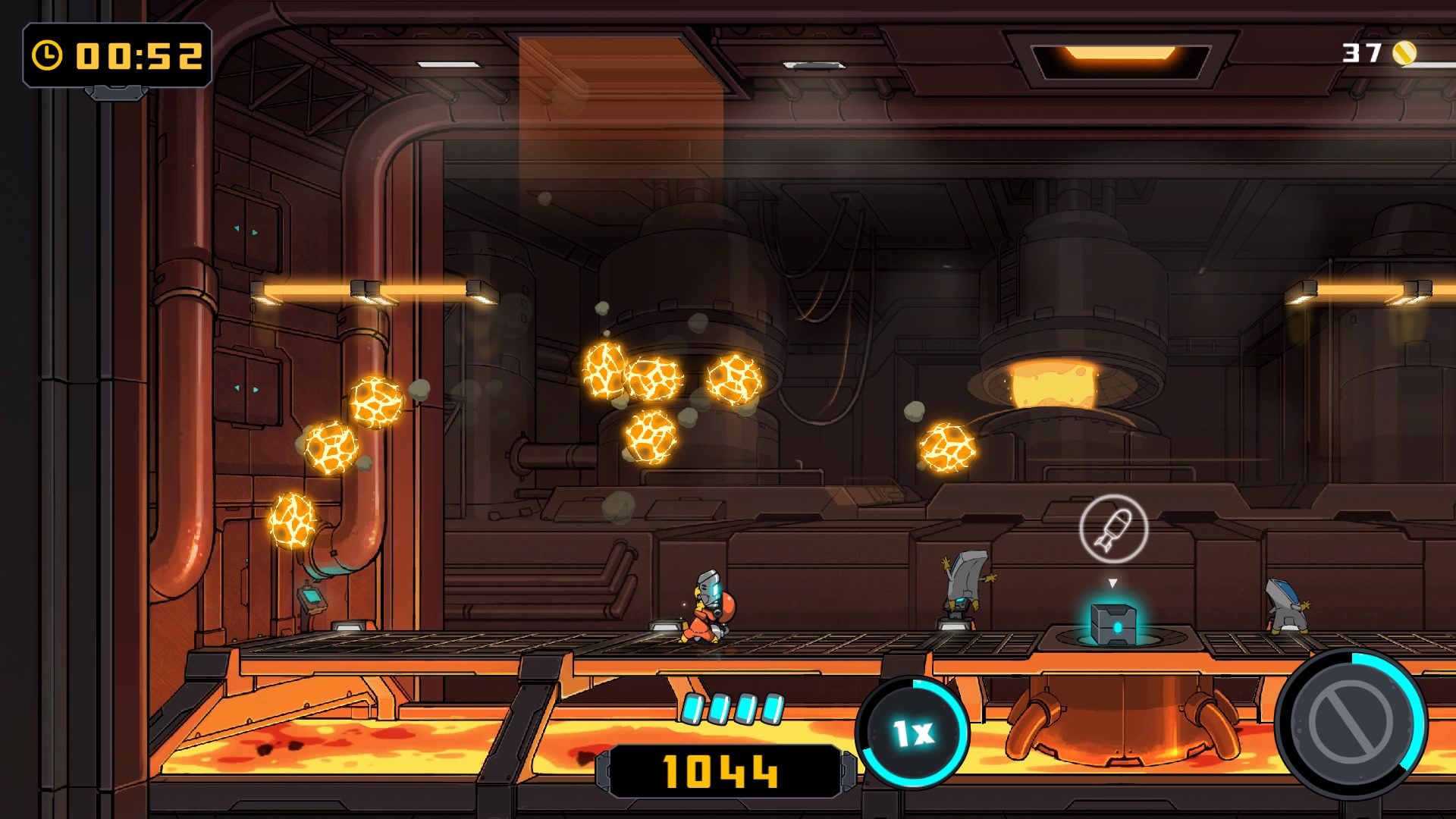 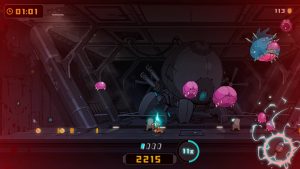 When I go shopping I like to get fresh meat from the butcher as I like decent cuts from locally sourced producers.  I’ve never been to The Bug Butcher but then I’ve never really wanted a nice tender loin of cockroach.  Luckily this game doesn’t want you to eat the bugs rather just destroy them with guns and lots of bullets.

You play the role of a bug exterminator who has come to clear an infestation from a science lab.  When things start you are introduced to the mechanics of the game by one of the only surviving scientists.  Played on a 2D plane the action sees your character shooting up towards the top of the screen which instantly reminded me of Pang of which I have many fond memories.  There are five stages with six levels each and three difficulty levels with a co-op campaign mode as well.  This is a decent sized package and gives you more bugs to kill than you can shake a stick at.

With simple controls the focus here is on quick reflexes and managing your space, all aspects which made Pang such a great game.  The controls are tight and brilliantly responsive allowing you to concentrate on the task at hand, butchering bugs.  As well as the shoot button you’ve also got dash and a special move button.  The fact the controls are simple is great with just enough options available to allow you to control the space as you see fit.

Graphically this game looks excellent with really crisp animation and art design allowing you to see exactly where you are and where you need to be to avoid death.  The way the bugs explode and move about the screen is really great to see and excellently animated.  The presentation of the game also carries over into the humour in the writing which is entertainingly dark and silly.  When there are loads of bugs and explosions on screen things can get pretty hectic and the crisp art design really shines through allowing you to prioritise your targets and plan you next move. 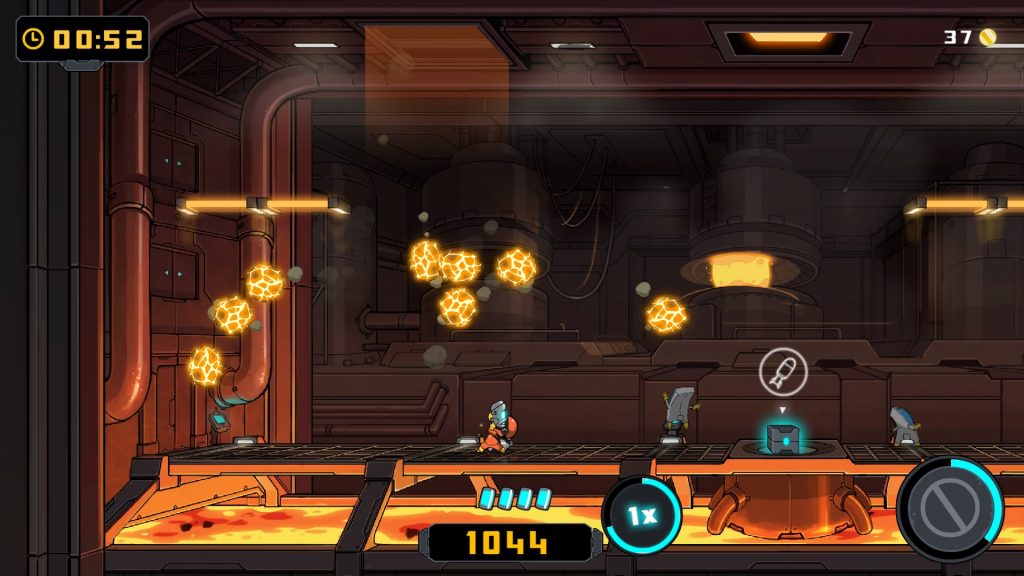 In each level there are pick ups for different weapons and different special moves and you’ll earn coins which allow you to upgrade your various abilities and weapons after each level.  These upgrades are permanent which mean you’ll get the benefit of them when you replay for high scores.  There are only a few weapons to pick up but they are perfectly balanced and all of them are useful in their own way.  I much prefer a tightly focused game rather than one stuffed to the rafters with stuff you’d never touch.

The Bug Butcher is a difficult game and you will die a lot but it’s also fair. I’ve been spending most of my time on medium difficulty and the levels can be a challenge sometimes.  Switching to hard mode offered a decent uplift in challenge but one which felt achievable and one which you’ll more than be capable of besting once you’ve spent time with the game.  Each level sees the bugs attacking from various locations in a series of waves.  This is a skill game through and through and the longer you play the more you’ll learn the waves and the best tactics.  This could become boring  however the way the pickups are randomised add spice to the game and add loads to the replayability making each run feel fresh. 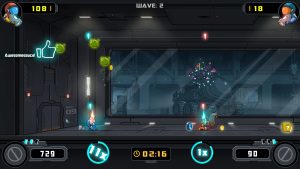 I’ve thoroughly enjoyed my time with The Bug Butcher  and the enjoyable arcade madness which this showed me.  With skill based arcade games like this you need to have tight controls and a replayability in abundance, The Bug Butcher has both of these and more.  This is a brilliantly enjoyable shooter and one which I can see myself coming back to for a long time to come.

The Bug Butcher
9 Overall
Pros
+ Fun arcade action + Tight controls + Great art design + Lots of replayability
Cons
- Simple arcade nature of the game offers no story depth - If you're not in to chasing high scores your enjoyment could be limited
Summary
Taking inspiration from Pang and bringing the gameplay bang up to date The Bug Butcher showcases tight controls and frantic shooting action. With great art style and lots of replayability it's never been this much fun to kill bugs before.