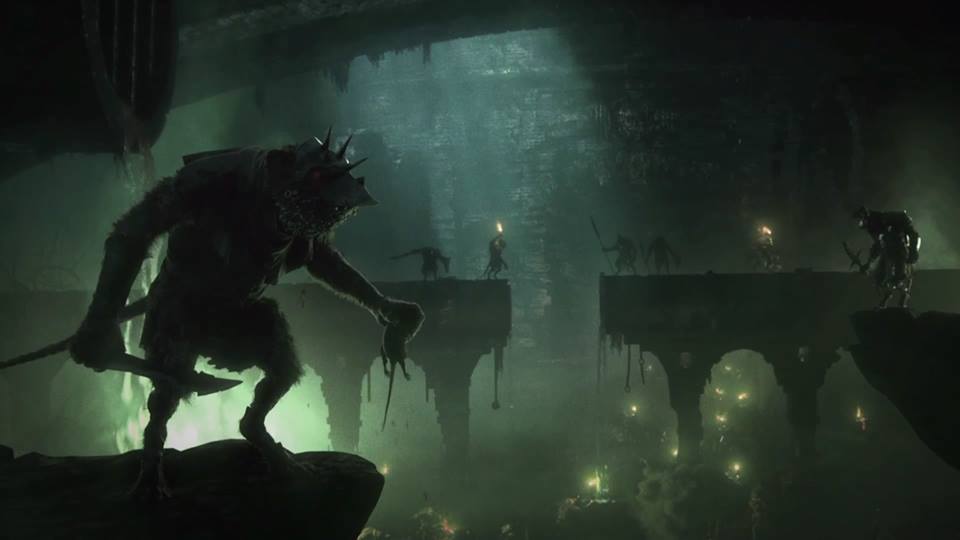 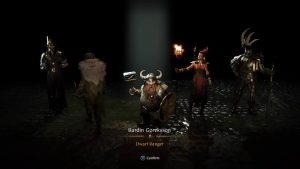 Clones of popular games are nothing new, you will often see these types of experiences littering the hallowed PlayStation Country reviews archive. We know full well of the clones that come a short time after the original inspiration, particularly if it is Minecraft. However there are of course the clones that seemingly just come out of nowhere, that ape the gameplay and style of game from generations ago. The word clone often has a stigma attached, often being automatically being considered inferior to the inspirations, this is not true for all of course.

Warhammer: End Times – Vermintide is one of these clones. Taking its cues from Left 4 Dead you play as a team of four characters that must make their way through a campaign, fending off hordes of enemies as they have to find a way to escape or to fulfil a mission before they can proceed to safety. Instead of fighting Zombies this time however you will be taking on a walking plague of Skaven, who to those not familiar with Warhammer are essentially walking rats. Don’t let their rodent like appearance put you off fear wise however as they are every bit as stressful as the Mike Patton voiced horrors from Valves multiplayer opus. They will bother you and your team at every turn, often arriving in swarms and often armed to the teeth with swords and other rudimentary armaments.

Also of course there are the special types of enemies, all of which take up a similar archetype previously seen in Left 4 Dead. Included in this roster is the Packmaster that is armed with a barbed hook to snag and drag a hero. If left unchecked your hero will end up being impaled on their hook to bleed out if your team doesn’t come back to get you down, similar to how the smoker works in Left 4 Dead. Also included is the Gutter Runner which is functionally similar to the hunter, The Poison Wind Globadier that throws a poisoned grenade at your team and of course the tank style special that is a hulking Rat Ogre which is something you do not want to encounter alone. This seems incredibly derivative on paper but makes sense for Warhammer as these are existing character archetypes within the overall universe. It would have been nice to have seen some variation in a game sense however it is entirely reasonable to see why these were included specifically. The types just work. 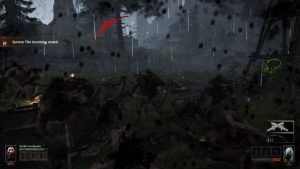 On the hero side this is where things get interesting. Instead of everyone having the same speed an abilities each character has their own style of gameplay. There are five heroes to choose from in total and represent the humanoid races of Warhammer, from the ruff wearing Empire Soldier who wades into battle with a two handed mace for devastatingly powerful blows against groups of rats to the far more nimble elven Waywatcher who can attack with a flurry of dual wielded daggers or pick enemies off from a distance with rapid fire bow work. This asymmetrical edge to gameplay makes things interesting, allowing teams to actually create a bit of a dynamic and strategy to the proceedings. For instance you can have a team focused around having a Dwarf Ranger run in with an axe and shield while other players can pick off rats with their ranged attacks.

Annoyingly however there is a caveat to this hero set. Only one of each hero can be picked for one team. As the play styles can differ this can mean that you are stuck with a certain character if there aren’t enough teams playing online. Often when playing Vermintide for the review I found myself having to select either the Waywatcher or Empire Soldier as the other more popular heros were already taken. Meaning I found it difficult to try the play styles of the other classes. There is a customisable aspect of the game that alleviates this somewhat however. After every successful campaign run you get to throw the dice on unlocking some loot which is completely random across all characters, the loot unlocks weapons and armours which help you change up your abilities. For example you can unlock a two handed sword for the Waywatcher as opposed to the dual blades, allowing you to have more attack damage per swing at the cost of speed. In the end however the loot is entirely based on luck so it cannot be relied on for game balance. 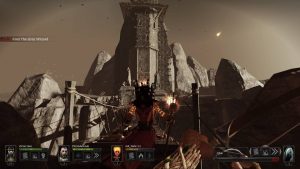 Other balancing aspects come from the campaign runs themselves. Similar to the AI director of Left 4 Dead there is an adaptive AI calling the shots, sending waves of Skaven at you depending on your groups actions. Stray too far from a group and a Packmaster will show up to hook you for an easy kill, keep grouped up together and you will likely face a Rat Ogre sooner rather than later. This is a neat feature to see again however it can often feel that it is too aggressive at times, not giving you much breathing room between waves or throwing a swarm at you when you are in a incredibly crowded corridor.

Not to mention there are issues with some of the missions during the campaigns. One of which sees you gathering grain to fill a cart with provisions for remaining citizens of the city and can be incredibly frustrating to complete as your team can be decimated by special Skaven units when one of you is carrying the grain. Likewise with a gunpowder gathering mission that can see your cargo blowing up in your hands if you take too many hits from the rats. 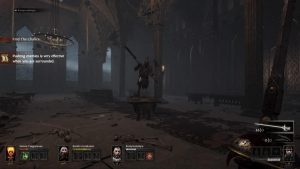 On the other side of the coin you have the downright excellent missions. One such highlight for me is a Wizard’s tower room that shifted in perspective like an MC Escher painting every time you entered, then leading onto an entire background shift to an otherworldly hellscape before then switching back to a different room of the tower. These breakaway moments can be awesome at first sight and it really goes to show the level of detail and effort that has gone into this game. All of these campaigns feature brilliant visuals that really set the dark and moody tone of the Warhammer universe, I’m all for blue skies in games but Warhammer: End Times – Vermintide really shines in the dark, especially when you are wading through a swarm of rats, swinging away with your moonlit blade, slicing into rat flesh and spilling blood against the dusty walls of the plague ridden city.

Warhammer: End Times - Vermintide
8 Overall
Pros
+ Satisfyingly speedy melee and ranged combat + Challenging gameplay throughout + Dark yet imaginative campaigns, not limited to fans of Warhammer only + Plenty of content and replayability
Cons
- Not enough people playing online currently, making it hard to get a game with a character you want. - Voice lines and audio cues tend to be hard to hear thanks to overlapping - The loot system feels a little stingy
Summary
Warhammer: End Times – Vermintide is a neat if almost too familiar take on the Left 4 Dead formula. Bring some friends and there will be plenty for you to do and enjoy. With thirteen missions and plenty of loot to unlock this could be a firm favourite in the making. Especially for those left without Valves zombie smasher in the previous console generation.