Games publishers love to take a wildly successful game and copy it.  Just look at the current Battle Royale craze that has swept gaming.  Well, in 1995 Worms was a huge hit but for whatever reason that old artillery-shooter/party game sub-genre never really caught on.  Well, Seattle-based coders Topstitch are doing their bit to bring it back with Treadnauts, a wild tank-based party game that had its moment on PC and has now arrived on PSN.

So when we say artillery-shooter, we’re talking about the kind of game where you don’t just shoot wherever your barrel is pointed.  Instead this is the kind of game where gravity affects your shots and so you have to plan for the trajectory.  This makes it a tad harder to aim but if Worms taught us anything it’s that landing a shot that arcs onto your opponent’s head is about as satisfying as local multiplayer larks can get. 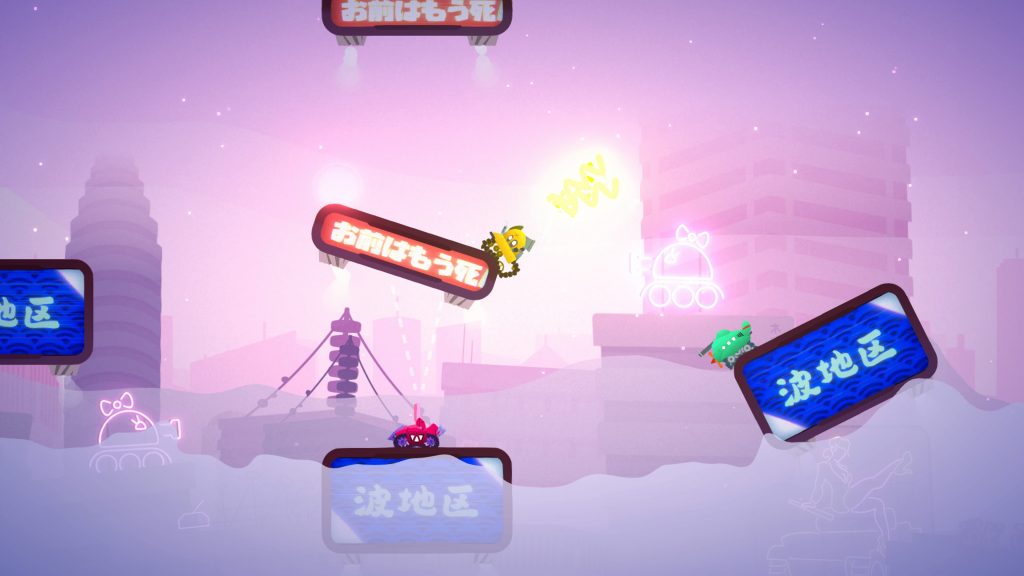 Treadnauts puts you and your friends into little tanks however you’re not entirely rooted on the ground.  Firstly you can jump and double jump by pressing X.  In the air the left stick will rotate you and this has a couple of noticeable benefits.  Firstly if you can land on a wall or ceiling with your treads pointing the right way, you’ll stick to it.  This allows you to drive upside down and get the higher ground on your opponents.  You can also shoot at a nearby surface and rocket jump away from it.

This enhanced manoeuvrability is key to the gameplay of Treadnauts.  Matches end up being fast and frantic affairs where you’re very much at the edge of control, flying around the arena and relying on a mixture of luck and skill to survive and compete.

The controls are pretty tight though and easy enough to grasp for the basic commands however pulling off the really skilful moves (and meaning it) is a bit like when you’re playing Rocket League and there’s some guy dominating the game and scoring in mid-air thanks to some sublimely timed boosting.  Practise does make you a better player here.

A large selection of modifiers also allows you to change up the feel of the gameplay by altering gravity, changing your weapons and various other gameplay altering changes that mix things up a bit.  We appreciated that feature in Party Golf and so it’s good to see it here as vanilla Treadnauts would get old pretty quickly. 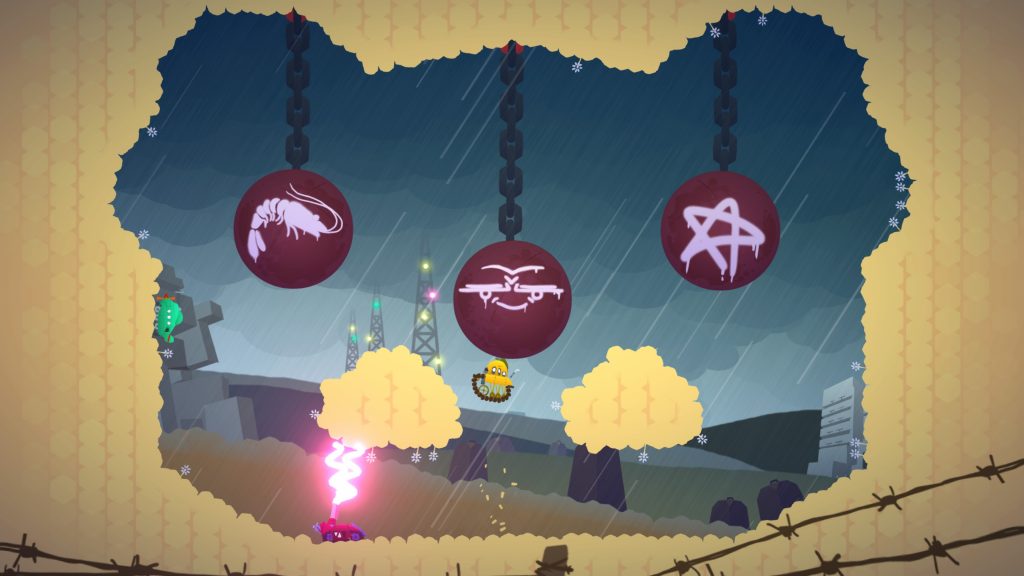 So while the gameplay is solid and quite good fun there are a few issues that spoil the party somewhat.  Firstly, the game only supports local multiplayer and is more fun with more players.  So your mileage with the game will vary based on how likely it is that you can get three people around your place who are gamers and have the skill to make the game competitive.   The PC version has online play and that’s sorely missed here although the general apathy around online indie games is deep these days so I can understand why the devs didn’t want to waste time on the netcode just for nobody to play the game.

Also, you have to unlock stages by levelling up which seems stupid in a party game.  Just give us everything we need to have a good time and leave your unlockable nonsense at the door.

Solo play comes by way of a selection of target practise arenas.  Typically there will be a number of targets in each of these levels and you need to get around and destroy them within the time limit.  The basic time limit is tough.  The three star limits seem borderline impossible.  I’ve watched videos of it being done and you’ll be needing the brain of Stephen Hawking and the dexterity of Billy Mitchell to pull that shit off.  Still, it gives the pros something to do when their friends are out of town.  That said, we got a medal on each of the first level but that wasn’t enough to unlock any of the further ones and the game didn’t tell us why. 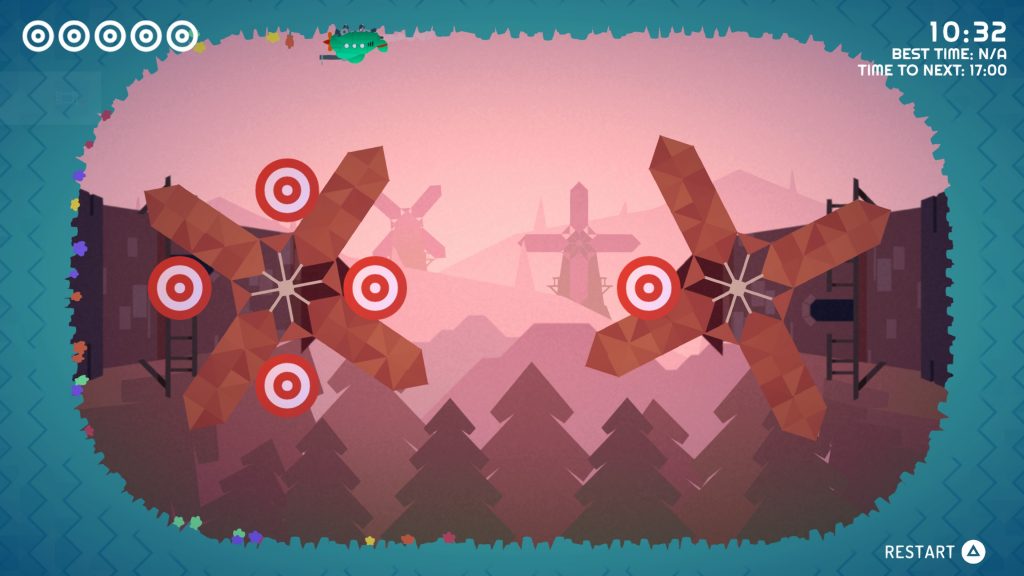 Visually the game is simple but the clean, colourful look is essential when you’ve got this kind of fast-paced action going on.  The music and effects are pretty simple too.  We’d have liked a bit of voice commentary in there as that always adds a bit of dynamism to party games but the presentation here is pretty basic.

In the end, this is a decent party game but it might struggle to dislodge our usual favourites which are the Jackbox games, Nidhogg and the ever-popular Hidden in Plain Sight (the main reason we can’t retire our Xbox 360) but will no doubt raise a few laughs when we have our next nerdy get together.

Treadnauts
6 Overall
Pros
+ Frantic and fun in local multiplayer
+ Well-considered controls
+ Fun gameplay modifiers
Cons
- No online play
- Solo mode is a bit too difficult and not much fun
- Basic presentation
Summary
If you've got three mates who have an appreciation for this kind of arcade party game, and they don't mind coming over to yours, then this tank-based arena shooter might keep you all busy for an hour or so. But if they just want to play FIFA then you won't get a whole lot of single-player fun out of Treadnauts.

One thought on “Treadnauts – PS4 Review”