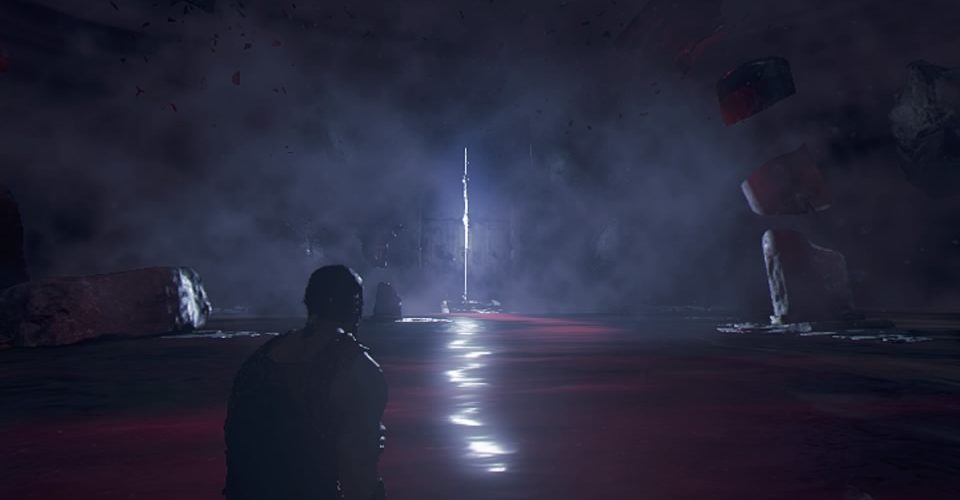 Theseus from Forge Reply tells the story of the Ancient Greek hero from the title making his way through a labyrinth to defeat the Minotaur. It is a PSVR title so those without need not apply and those with might be surprised at the presentation.

See unlike most VR experiences at the moment Theseus is viewed from a third person perspective. Your head is the camera that follows over his shoulder or stands static in the corner of the room depending on the location. It’s not what one thinks of instantly when VR is mentioned but this proves that it works, if proof were needed. 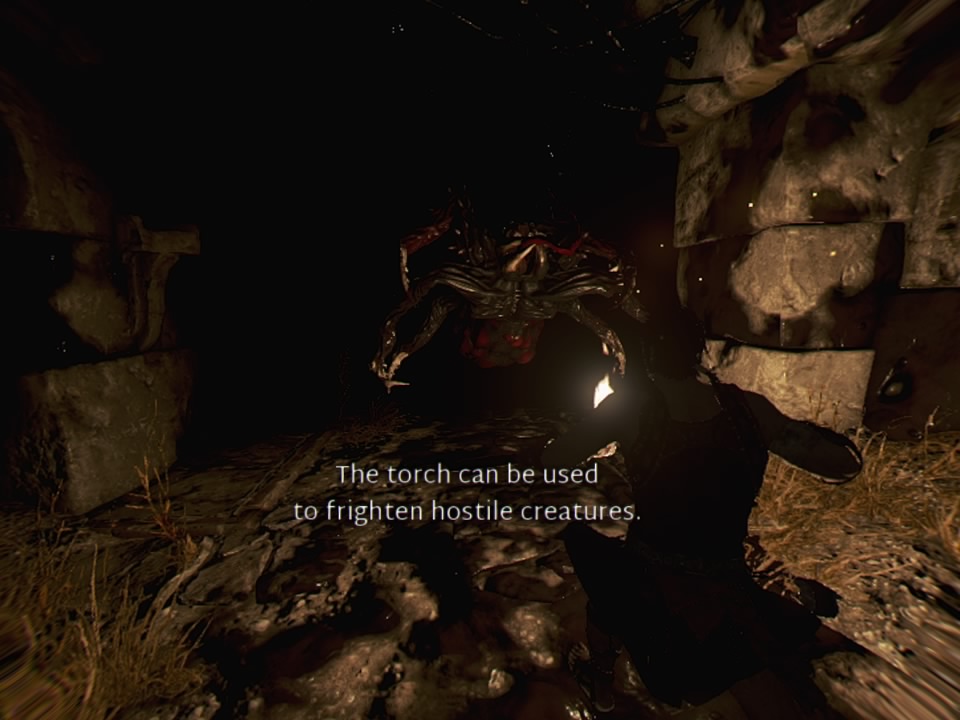 The presentation on the whole is very good, with solid graphics and art design which are enhanced through virtual reality. When Theseus enters a dark, wet corridor it feels dark and wet. When you can see eyes poking through the darkness there is more of a sense of unease than you would normally get through the disconnect of a television screen. Forge Reply seemed to know what they were going for and in this respect they succeeded. The hardware itself maybe holds it back a little with items in the distance becoming incredibly jagged and blurry but I won’t hold that against the game.

Although described as an experience by the dev there are gameplay elements here. Primarily you’ll be walking through linear corridors, heading towards the centre of the labyrinth. There are basic, context sensitive actions you can take when you reach obstacles, like crouching under a half opened door or climbing on top of objects. The climbing also extends to Uncharted style follow the hand holds type of gameplay, but as someone who has always found them to be quite shallow in that series I found these to be even more simple and lacking in difficulty or danger.

There is also combat. Shortly into the game you’ll get a sword with which to defend yourself from the enemies within the labyrinth. There is only one type of enemy which are these spider-like creatures. The first time you encounter them you are defenceless and will be killed instantly (more on this later) unless you manage to scare them off with your torch. Once you have a sword simple square button combos allow you to kill them pretty easily or, if you have a torch at the time, you can wave that to create some space or even set fire to them. There is also a dodge roll but I used this primarily to shorten distance between me and the enemy rather than to actually dodge attacks. Getting hit never seemed to be an issue as I just continued to tap the square button before getting a square button prompt to finish the enemy off. Dark Souls this isn’t. 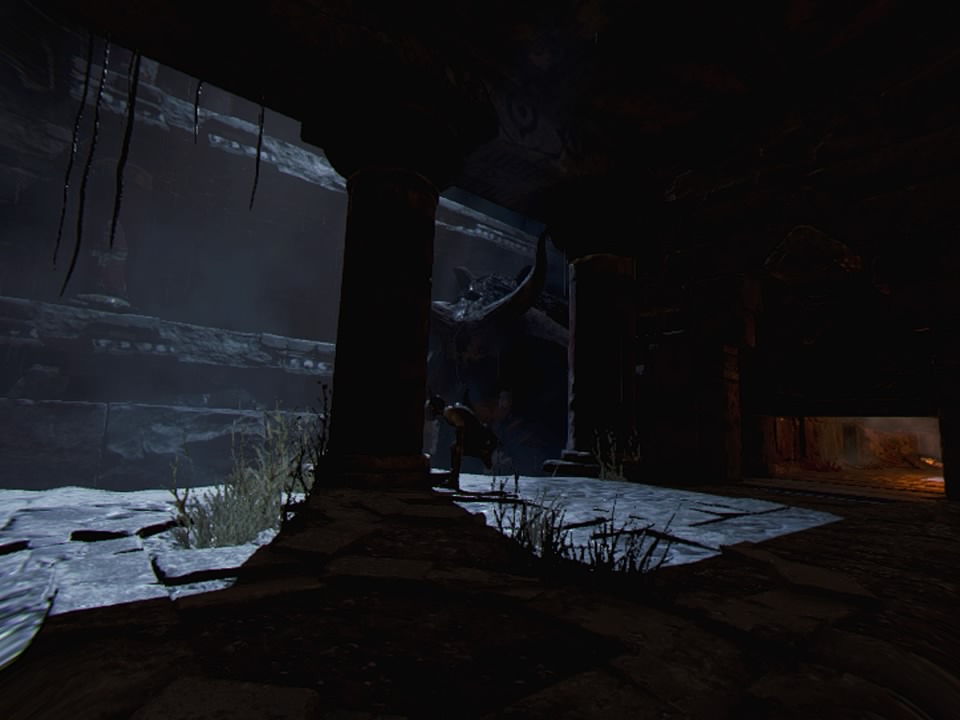 Then there is the Minotaur itself which makes an appearance every now and then. It’s giant, which comes across well in VR and it’s impossible to take him on, meaning some rudimentary stealth is in order. Much like the early encounter with the spiders, failure ends in instant death. You don’t get any hilarious Tomb Raider style death scenes though, the game just slows down and then cuts to black, before putting you back at a checkpoint. It felt like every one of these instant death sequences had me dying the first time I encountered them. I wasn’t playing the game poorly, they just generally come out of no where, especially as they introduced new gameplay mechanics but just a little too late.

Beyond that there are some collectibles to find in the shape of braziers to light and corpses to find (which I believe unlock a ‘true ending’) but other than that you’re looking at about ninety minutes of well presented but basic gameplay. Without the gameplay there’d be an immersive experience, but the environments are samey and the story wouldn’t necessarily be anything particularly memorable. With the gameplay at least there’s more to it, but none of it is better than serviceable. Yes, the platforming gets you from A to B but it’s not challenging or exciting. Yes the combat is functional but there’s no depth and you’ll fight the same enemy type throughout. The stealth sections are basically set pieces and these work fine, but the instant deaths are frustrating and break what is otherwise supposed to be a cinematic experience. 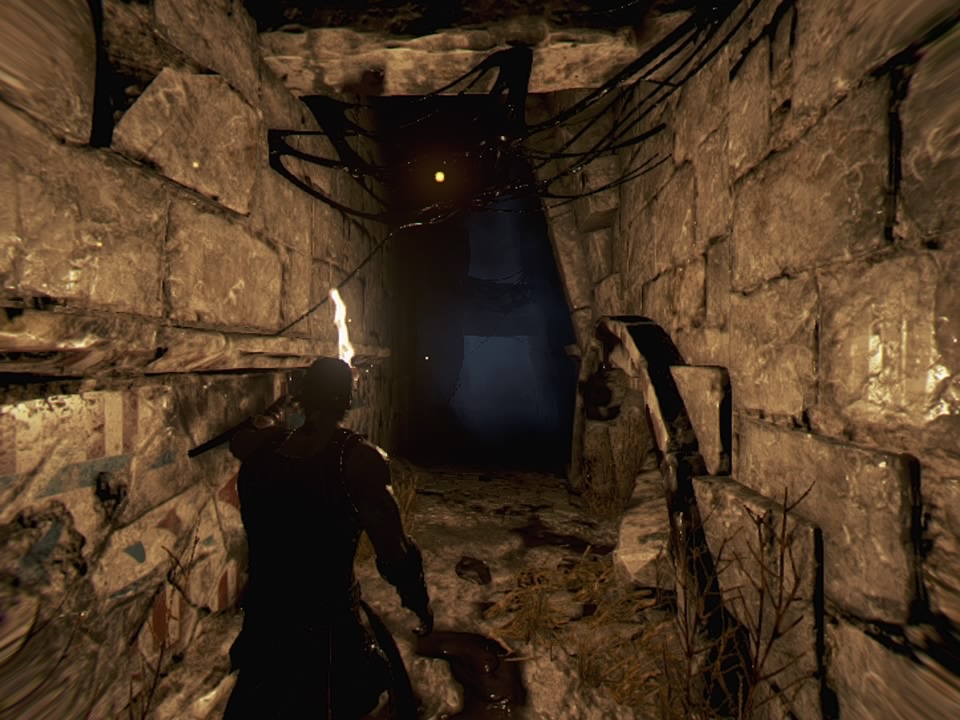 Combine these points with the price which stands at £16 and you’ve got to ask yourself whether you think it’s worth it. It’s very interesting, visually attractive and immersive but ultimately short and forgettable. With more developed gameplay and more content this would be a great advert for what can be done in VR beyond shooting galleries and shallow experiences, as it is though this is still a shallow experience, just from a different perspective.