The Pedestrian from Skookum Arts could well be a GBA game given its resolutely 2D puzzle set and stickman protagonist. But it’s not and we’re happy to report that it’s out on PS5.

As you can no doubt tell from the screenshots here, on the face of it, The Pedestrian isn’t exactly pushing the envelope. At least not superficially. The neat thing is that your actions within the puzzles manifest as real life actions in the larger gaming world. 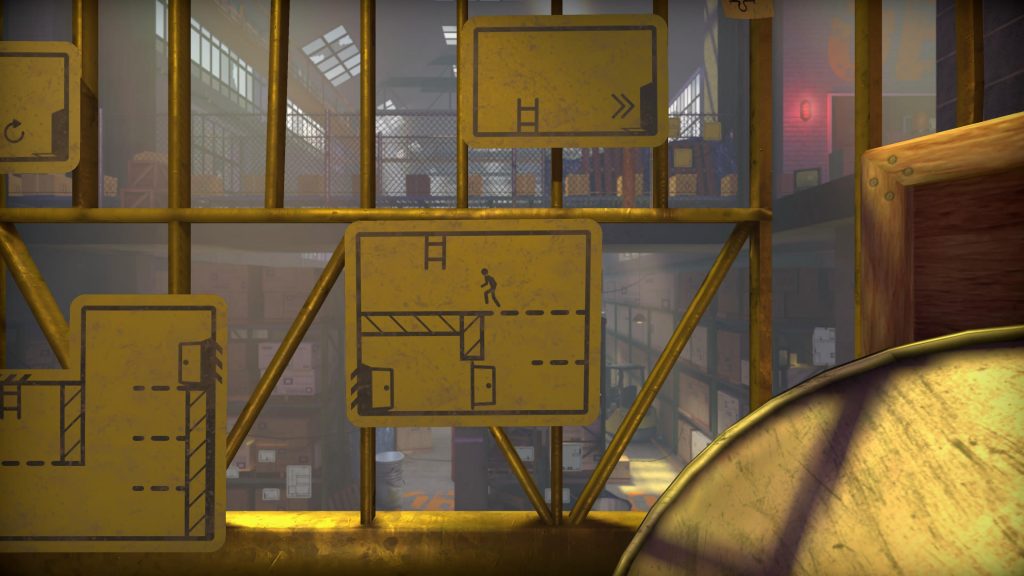 It’s a neat framing device put it that way and chains together what would otherwise be a disparate series of unrelated puzzles. At first the puzzles you’ll encounter in the warehouse will be rudimentary, but after a little while you’ll start getting more taxing challenges.

We really struggled with some at the outset, though that may have been due to the tiredness that overwhelmed us after a typical “new normal” day. Coming at some of the more taxing puzzles with fresh eyes the following day helped on multiple occasions, put it that way. 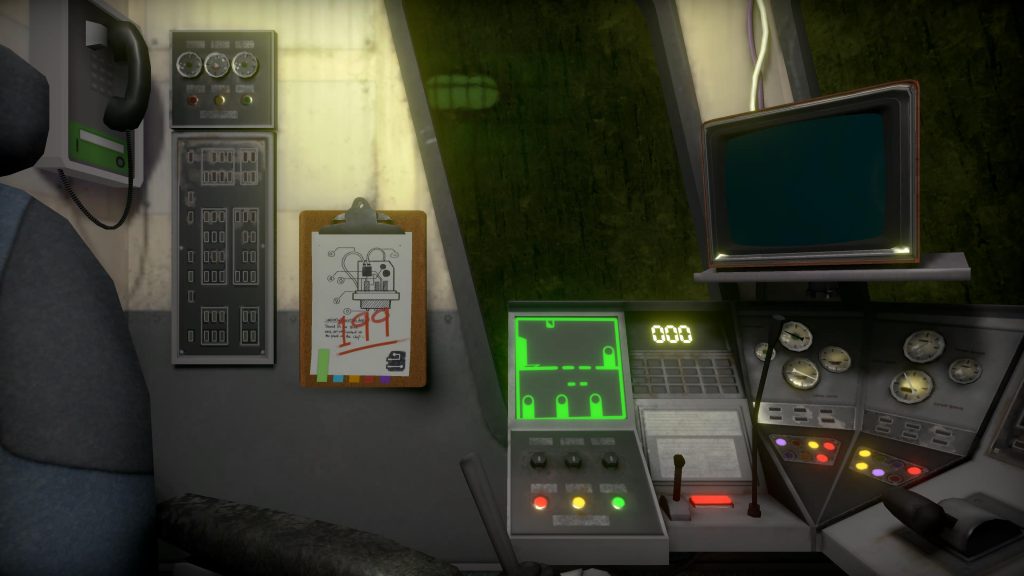 The feeling of it all being a bit much is definitely more of a factor when you end up facing those puzzles with getting on for a dozen separate distinct components. Rather than trying to connect them up and muddle your way through, a calm analytical approach is the best way to tackle the more complicated puzzles. It’s almost like a jigsaw puzzle where you need to take stock beforehand. 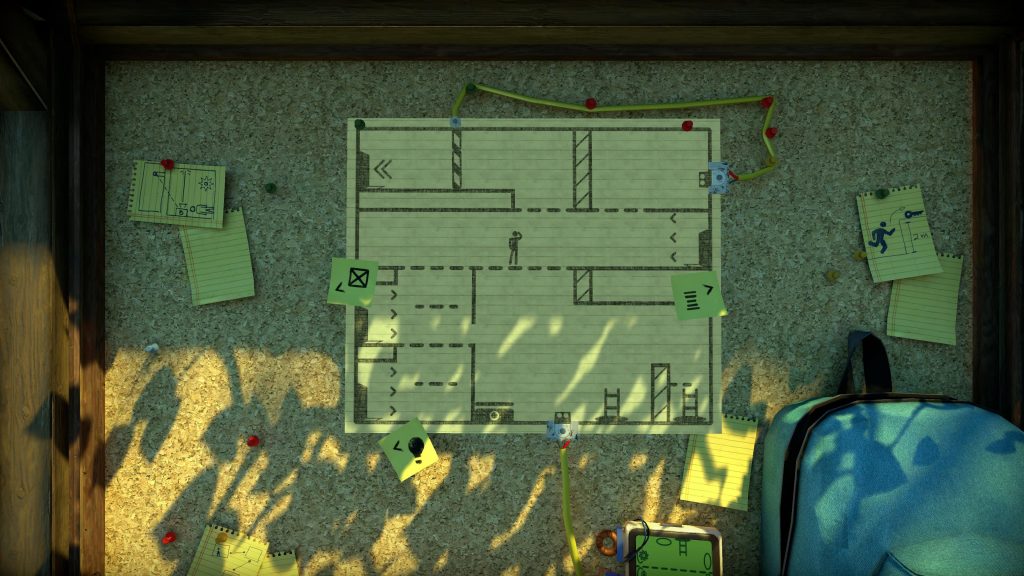 It all serves the purpose of keeping The Pedestrian feeling fresh and invigorating throughout as new mechanics and twists are added. We got a similar feeling to Titanfall 2 in terms of the continual adding of new ideas as we played.

The puzzles where you have a central hub and have to find the components to unlock the next area were a particular highlight for us, though the levels didn’t let us stray much from the prescribed path. This is very much a linear experience with no real scope for improvisation. Some puzzles will be baffling as hell, but when you have that eureka moment you’ll feel genuinely fulfilled. At least until you hit the next seemingly impossible puzzle. 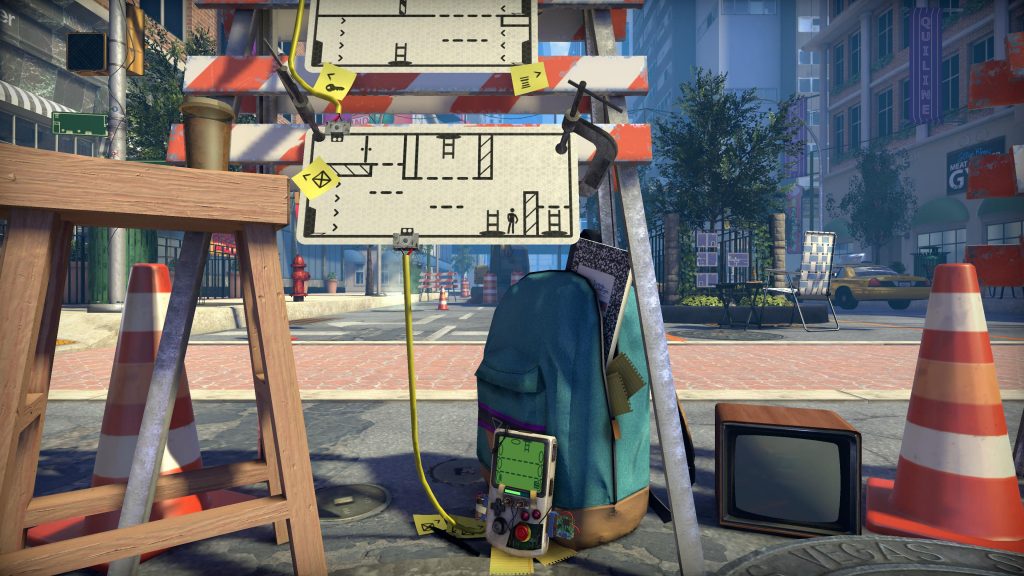 The Pedestrian is very much a game to  be played as the name might suggest, at a relaxed pace. That’s no bad thing. Sometimes we need to take time to stop and pause. Not everything needs to be played or done at a breakneck pace. Enjoy the scenery, take it all in.

In conclusion, The Pedestrian is a wonderful puzzle collection with excellently realised brainteasers and steady drip-feeding of new mechanics as you progress. Well worth playing.

The Pedestrian
8 Overall
Pros
+ Exquisitely clean industrial design
+ Very cleverly designed puzzles
+ Interaction with non-puzzle components is very clever
+ Lends itself well to sporadic play
Cons
- Doggedly linear
- Some puzzles are initially completely baffling
- Not a game to play if you're tired
- Occasionally overwhelming
Summary
The Pedestrian is an ace collection of puzzles thematically linked by some very clever set dressing as you traverse 3D environments via 2D puzzles. It's really quite good. Get on it.