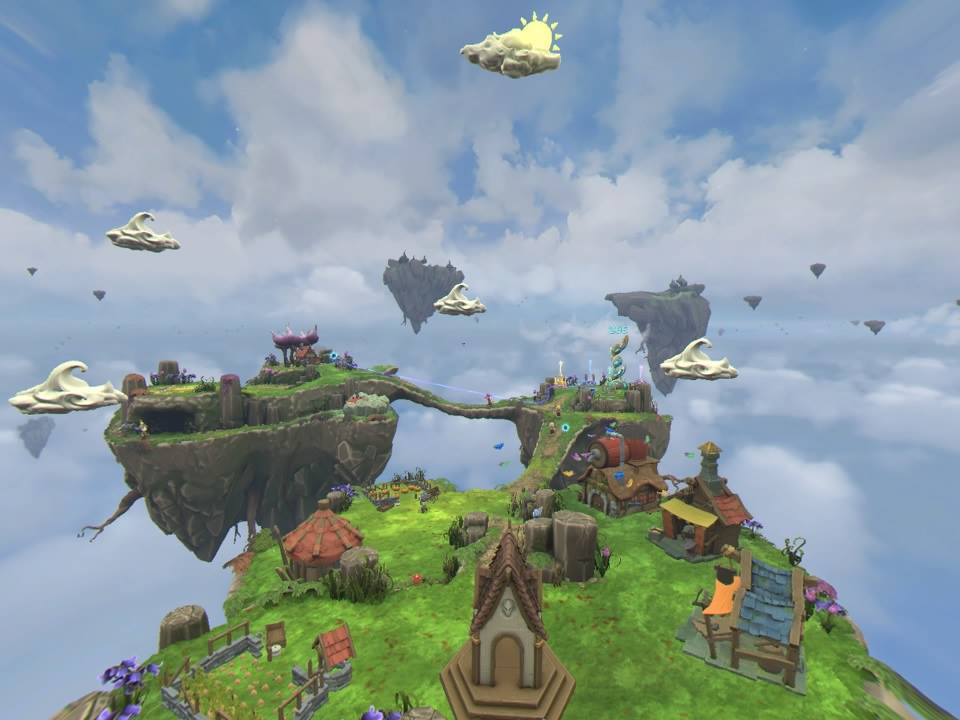 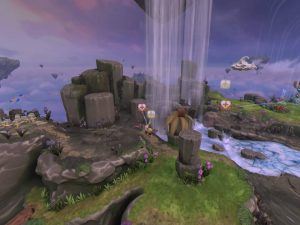 Real time strategy games are something I have a bit of an odd history with. I tend to love them at first when learning the ropes however when the going starts to get tougher, with more elements and strategies to work with then that is when I generally shut off. It is quite a rare thing in my eyes when an RTS game has a fair learning curve, with a few games often easing you in for two missions and then bombarding you with hate as soon as you hit the third, either teaching you the hard way or making players want to switch off.

Tethered is one example I can add to an example of fairness. It gives you a lengthy tutorial level that teaches you just about everything you need to know about the game before setting you off into the main game, leaving you with little to understand otherwise as you progress. There are new elements that require a bit of experimentation as you go however after a try or two you generally get the hang of things. This approach lets you get to grips with the strategy straight off the bat, without worrying too much about teaching new things every five seconds.

The interface for Tethered is simplicity itself. You play as the ever watchful eyes of a god that looks down on a diorama-like floating island. Your job is to watch over the Peeps, a race of Lombax-like critters that basically have no will or ideas of their own. You have to guide them to build a mini civilisation, collecting crops, mining stone and building structures either in the name of worshipping the player or to further their community. Rather than having a complex control system of buttons and menus the selections are all done with your viewpoint. Look at a Peep, press and hold X, drag your sight line to a gathering node or enemy to make the Peep interact with it. That’s all there is to it. It is so relaxed in controls that for the most part I was able to rest the controller on my knee and tapping X every now and then to get what I needed done. 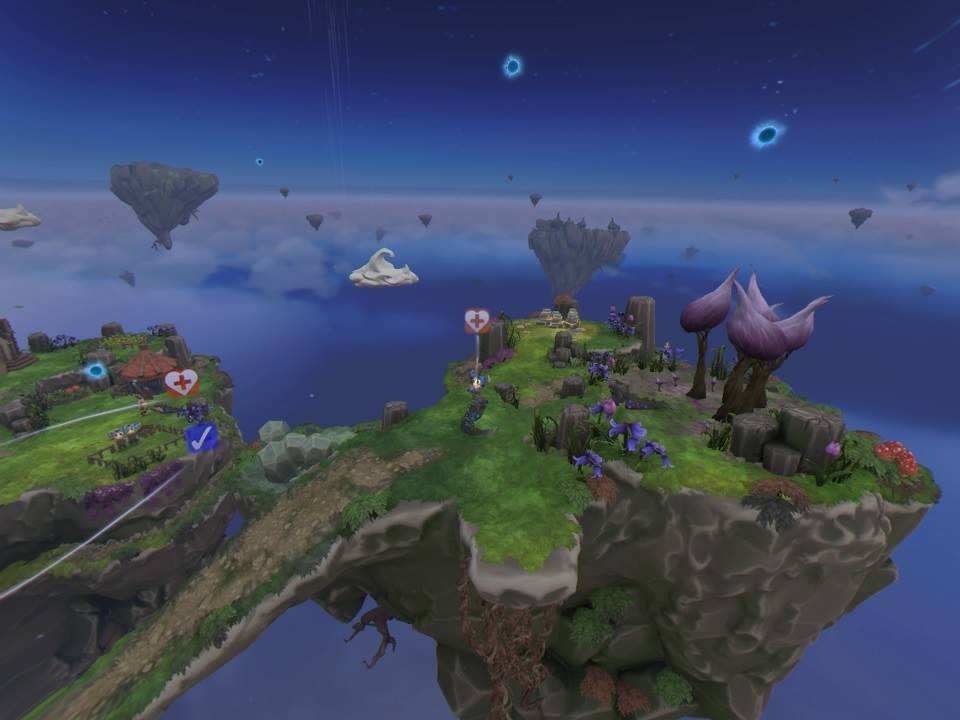 The main goal of the game and each level is to collect spirit energy. This is done by commanding your Peeps to do the aforementioned tasks and survive onslaughts of fanged slug creatures in the night. The level ends as soon as you reach the number required so there is little in the way of a continuous mode. This finite style of building an RTS is quite interesting to me, It feels more puzzle like as opposed to the likes of Command and Conquer or Black and White where you can just build as many troops as you want and zerg an enemy base. As you only get a small amount of Peeps in each level it is up to you to work out the more efficient way to getting the spirit energy. While this may sound like the levels are short and easy this is certainly not the case.

Spirit energy can take some time to build up and some levels can often go on to be about an hour long, unless you are speed running in a way. The more puzzle-like gameplay requires a fair amount of planning ahead and making efficient use of the gatherable nodes on the island while also making sure that your peeps are kept happy in various different ways.

As previously mentioned, the Peeps don’t really have wills of their own. They require you to command them into performing tasks such as gathering, going to the tavern for a drink or attacking monsters. If they are left alone without anything to do over time then they will go insane, making them useless until you are able to charm them back to your side. This state can also be triggered by overworking them, so changing up their routines and roles is vital to succeeding with every level.

Things can get a little bit hectic when you take all of this into consideration however the viewpoint led control system makes it easy enough that you can flick between Peeps and keep them on track before they reach insanity, however this can be a pain as sometimes the Peeps will just stop what they are doing sometimes, essentially being a ticking time bomb. 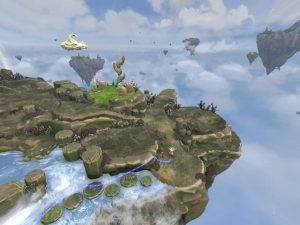 Graphically Tethered is very nice to look at. The isometric viewpoint is a fantastic way of seeing the world below you. It almost feels like you are sitting next to the island as if it were a table with leaving breathing toys on it. Rather than making you stick with a single view of the island you can look at clouds circling the island and warp to those to change it over, giving you a whole new view. This   makes it easier to see when the enemy slug monsters start arriving and also stops you from loosing Peeps behind the scenery. The graphics really add to the overall presentation which is often serene with gentle music playing in the background, very few games can offer such a relaxing atmosphere and Tethered comes together beautifully because of it.

Tethered
8 Overall
Pros
+ Charming graphics and concept + Easy to pick up with a fair difficulty curve + Proves that RTS games can work on in VR capably
Cons
- Sometimes it is not clear why peeps just stop moving - switching between viewpoints to see around obstacles can get a bit bothersome - The enemies can be a bit too troublesome at the start - Sometimes levels can take a bit too long to complete (only count as an issue if you need to take regular breaks from VR)
Summary
Tethered is a fresh and welcome idea for PSVR that provides a worthy and challenging RTS experience. It capably proves that the genre is not only functional but also an incredibly good fit for VR hardware. If you were ever a fan of god sims then Tethered is worth your time.