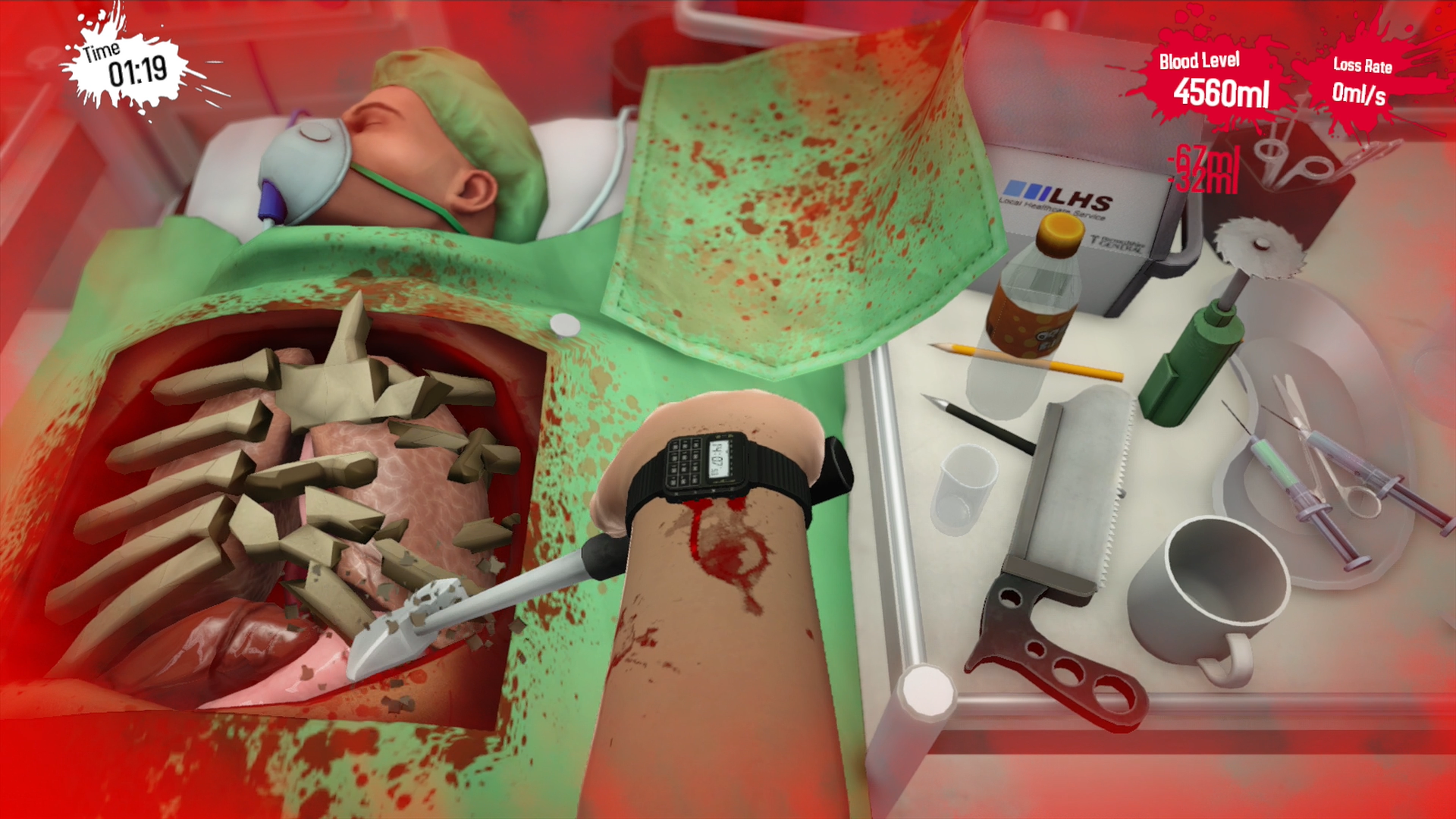 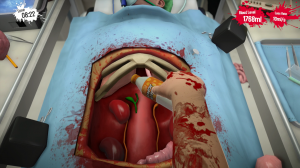 This compendium of UK dev team Bossa Studios PC and iOS Surgeon Simulator titles finds its way to the PS4 and gives you all of the missions (well, operations) from each format and some wacky motion controls for those of you wishing to know what it might be like to be a surgeon who is drunk and has Parkinsons.

The game puts you in the scrubs of Dr. Nigel Burke, a surgeon working in a hospital in ’80s England. The setting is only made evident by the computer terminal on the game’s landing screen. The terminal shows you the controls of the game but in a very basic manner and that’s all you get by way of instructions before you start your first procedure on Bob, the game’s only patient and possibly the unluckiest person in all of gaming.

Your first job is to perform a heart transplant on Patient Bob and to do this the game gives you a trolley full of tools and control of one of Dr. Burke’s arms. You can move, raise and rotate the arm and individually control his fingers or his entire hand. From this point on the game plays out like one of those seaside toy grabbing crane machines.

Bob is laid out in front of you and to complete the operation you have to lift up the material covering him, break open his ribcage, fling one of his lungs out of the way, cut out his heart and drop the donor heart in its place. Initially you might think more finesse might be required but the game doesn’t care what damage you do getting there as long as you complete the main objective for each mission.

The only thing you need to watch out for is bleeding. Cutting around various organs with scalpels, rotary saws and whatever else is bound to do some damage and the more your hand slips, the faster the patient bleeds out. This sets an increasingly urgent time limit on proceedings and when the patient bleeds out entirely, it’s game over. 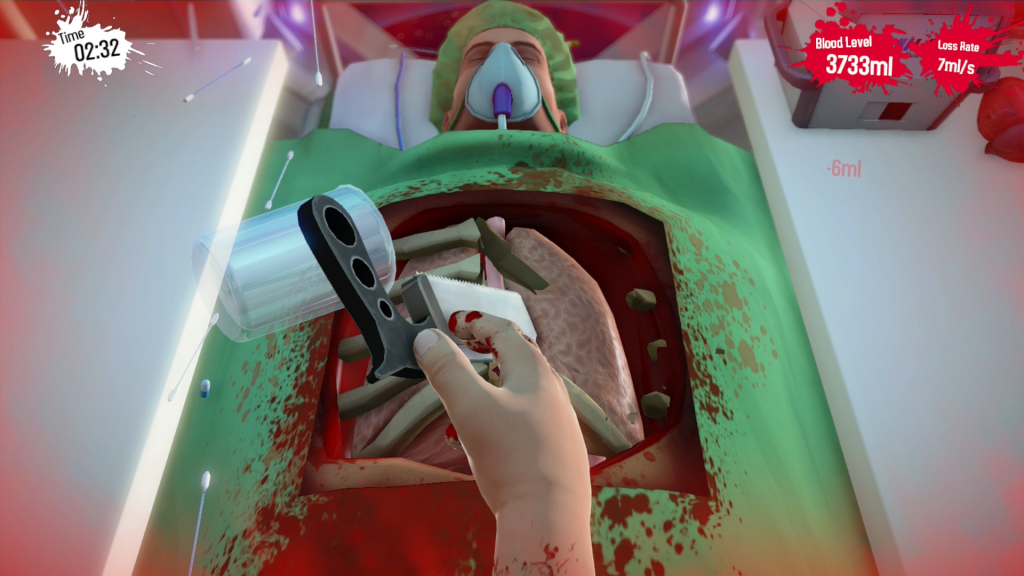 Going to work on the patient with various tools is initially pretty funny. Surgeon Simulator is a brand new concept on the consoles and it’s mixture of insane gore (albeit with a clean, cartoony look) and humourous gameplay mechanics do make the game feel pretty special. Unfortunately, the more you play, the more the sheen comes off of the game.

You see, Surgeon Simulator is very much an exercise in frustration, deliberately so, and eventually the cackhandedness of the controls and unclear path to completion make the game less and less fun. Bungling your way through minutes of an operation only to fail because the game won’t recognise that the new organ is in place or losing vita equipment (and body parts) as they roll out of reach may be funny once or twice but after several hours the game was no longer fun and I was wishing I could turn it off and forget about reviewing it. That’s not a good sign.

There’s something about Surgeon Simulator that will make me keep coming back to it to see what else I can get out of it but the price of each go is more frustration than I can tolerate any more and once the joke wore off, the resentment started and that was that. 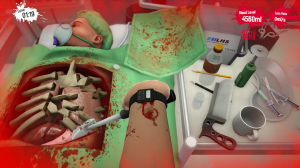 With vastly cheaper PC and iOS options out there, it’s hard to recommend a PS4 game that is pricier and doesn’t even begin to push the hardware. Aside from the motion controls (and you’ll do well to switch those off as soon as possible as they don’t really work that well), this could all be done on the PS3 or Xbox 360 so even if you are desperate for something to play on your PS4, this isn’t the one. No matter how much you might want to like it.

Surgeon Simulator
4 Overall
Pros
+ An original concept.
+ Quite funny.
+ Would probably make a good party game.
Cons
- Frustrating controls suck the joy right out of the game.
- Oh god... fuck this game!
- ARGH!
We use cookies on our website to give you the most relevant experience by remembering your preferences and repeat visits. By clicking “Accept”, you consent to the use of ALL the cookies.
Cookie settingsACCEPTREJECT
Manage consent