In typical Ratalaika fashion, Sagebrush took less time to download than it did for us to complete the purchase process. From Michigan-based Redact Games (aka Nate Berens), what we have here is a first person exploration into the macabre world of messianic suicide cults, like Jim Jones’ Peoples Temple or Heaven’s Gate and what happens when something generally goes awry.

You play as a voiceless investigator who breaks into an abandoned compound in the US Midwest. Your task is to discover what transpired there by way of audio logs and written diaries.

The initially nameless female narrator, by way of the cassette recordings left in most of the buildings you have to explore, is your primary source of information. Your first port of call is the mess hall and the remains of half eaten food from the last meal the inhabitants had. Nothing beyond a slight eerie feeling. Things take a turn for the bleak eventually though. 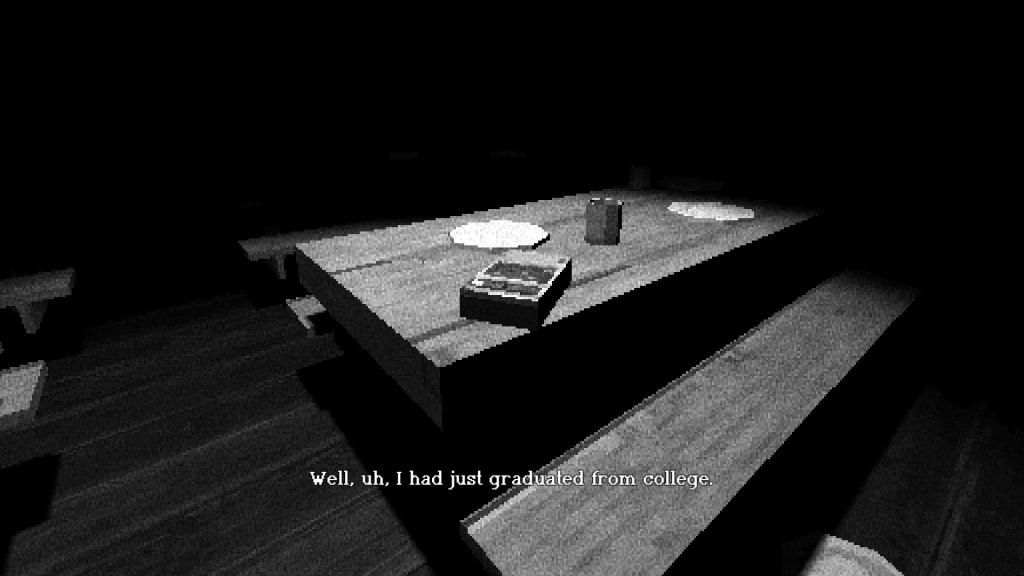 You may well describe it as a walking simulator. We guess it fits that description as your only interaction with the environment is by way of the artifacts you’ll discover. The storyline is strictly linear, dripfed to you via the aforementioned audio logs and text entries. You might get lucky and find the next item to progress, but it’ll be more through luck than judgement.

The messaniac messenger from God, is the bearded Father James who holds those congregated among him in his thrall via various means. It brings to mind the likes of the Waco Cult Davidian, only without the violent standoff with the federal government. Though the dogma preached by our man James treads familiar ground in terms of the thinly veiled threat to anyone that threatens the sanctum depicted here. 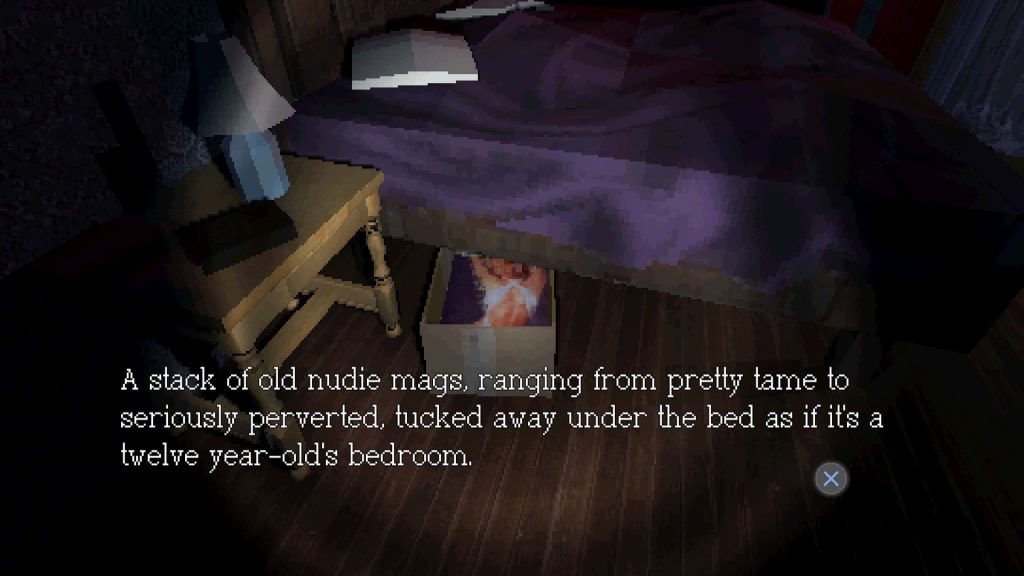 Rather than skip through diary entries as we’re prone to when it comes to text-based exposition in many other games, you’ll only progress by paying attention to the hints contained therein. Don’t be tempted to use a walkthrough as you’ll only ruin your experience over the couple of hours on offer here.

And what a couple of hours. As the scales fall from your eyes and you uncover the story of what took place. We won’t ruin it for you by giving you any spoilers, but the one-shot nature of this game reminded us of Mike Bithell’s excellent Subsurface Circular in terms of the single playthrough nature and largely text-based storytelling. 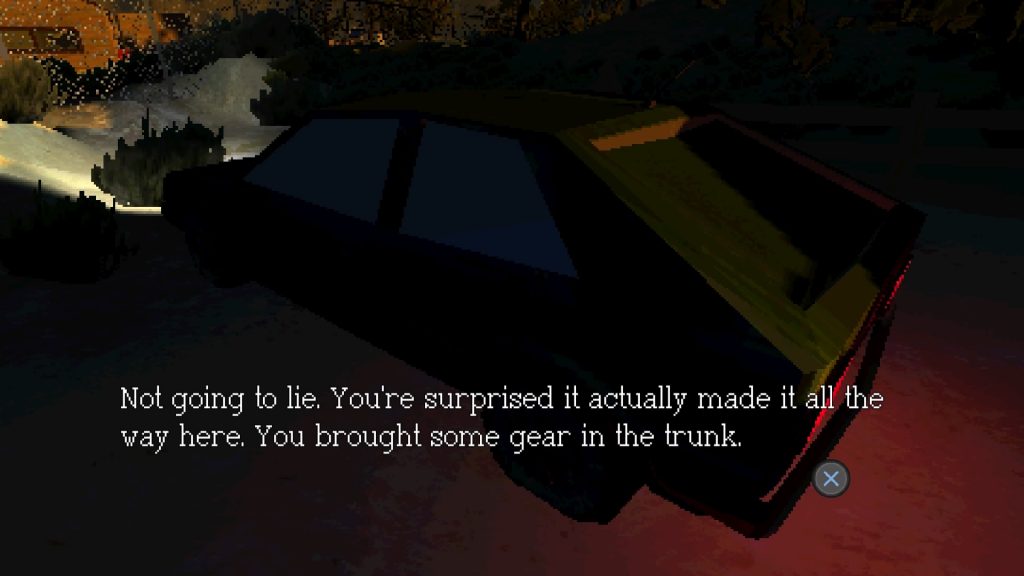 Graphically you’re looking at a lo-fi voxel style with minimal flourish, other than some great atmospheric lighting. Thought perhaps a little on the dark side from time to time. It suits the overall mood as you piece together the seemingly disparate elements.

To begin with, the only sounds you’ll hear are those of the environment itself and initially diegetic music from a scratchy old phonograph. Later on as the story builds to a crescendo, soundtrack music shows up and really helps the mood. 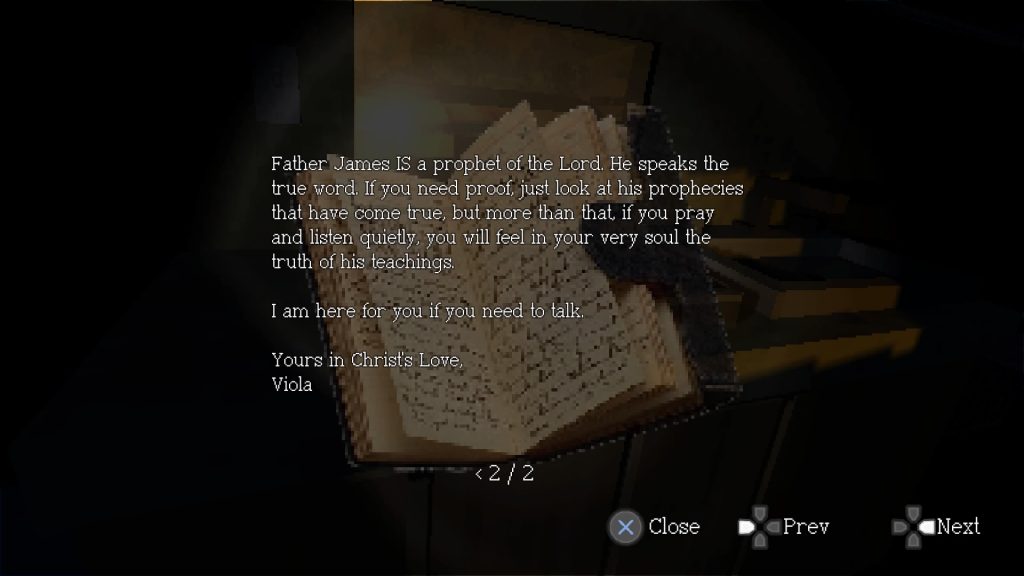 In the usual Ratalaika fashion, trophies are a straightforward set with twelve needed to unlock the subsequent platinum. You’ll possibly miss a couple during your playthrough, but to be honest the trophy text for one will be a big help and the other won’t be an issue as long as you’re thorough in terms of exploration. The compound is small enough that you won’t have any real issues finding everthing here.

Unlike most other games from this publisher there isn’t an equivalent Vita port to play, being PS4 only. This really confused us to begin with, since it even said on the download page that Vita was part of the equation here. But it definitely isn’t in this case, we even confirmed that with PSN support, such was our bafflement. It’d work just as well on Vita though, that’s the rub. 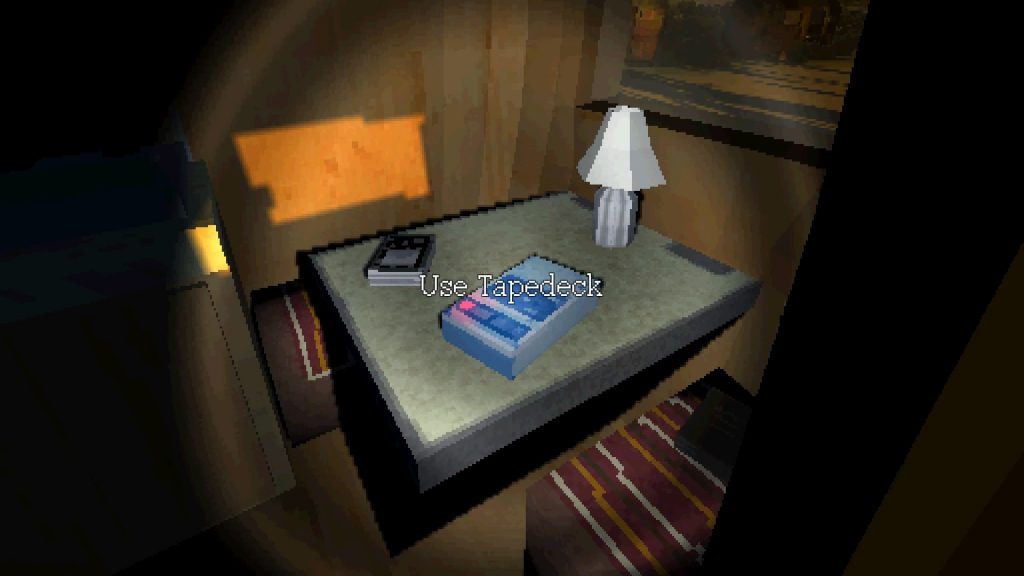 Anyway, the storytelling here is top notch and lovingly crafted, Redact having done themselves proud. The voice acting on the audio recordings, along with the other incidental voices you’ll encounter is very well done.

You’ll likely reach the climactic denouement and short epilogue within a couple of hours as we did, but you won’t feel hard done by. Maybe a little emotionally drained, but to see the story unwind in the manner it does you’d be hard pressed to feel like you’ve not gone through the wringer a little bit.

In a game such as this, it’s hard to say too much as the description of anything could well destroy the experience for a prospective player, just as a misplaced screenshot wth a crucial detail could ruin it.

At any rate, Sagebrush is excellent, the short nature and one-shot playthrough being the only things stopping us from giving it a higher mark.

Sagebrush
8 Overall
Pros
+ Excellent storytelling
+ Atmospheric environment
+ Well done voice acting
+ An ending you're unlikely to forget
Cons
- A little short
- Despite what Ratalaika say, only PS4 not Vita
- Can be a bit dark making detail hard to pick out
- Compound perhaps a bit small

Summary
Sagebrush is an excellent story-based game with a great climax and payoff at the end. Perhaps a little short though. Recommended.