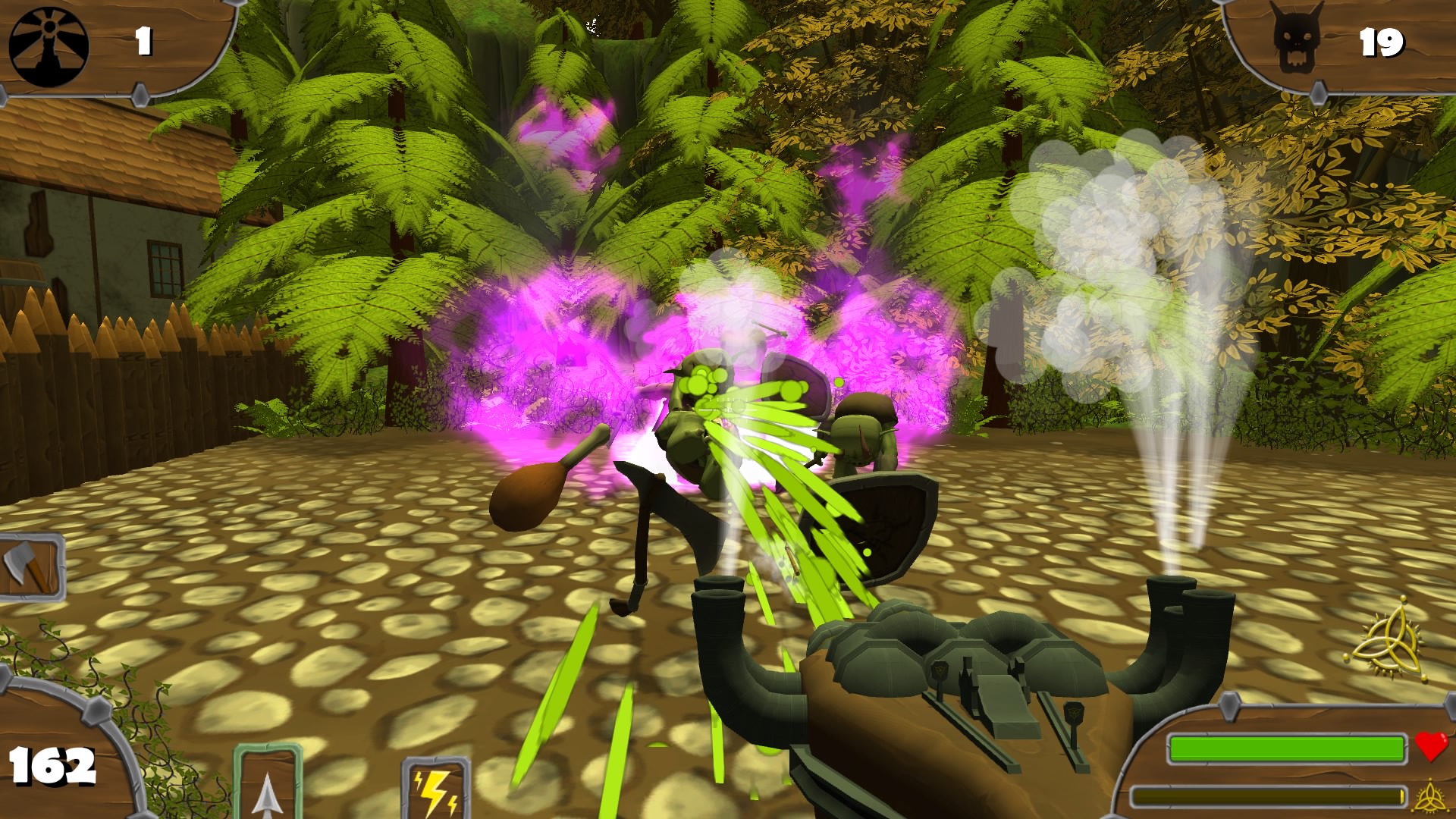 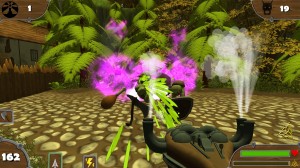 We’ve reviewed some right trash here at PlayStation Country. Mastercube remains the worst with Viva Ex Vivo and Dino Dini’s Kick Off Revival both giving it a good run for its money and now another contender arrives in the shape of Orc Slayer, a game which is legitimately terrible.

There’s a throwaway plot to set the scene, but all you need to know is that the orcs have turned up to wreck everything and it’s your mission to wipe them all out. You have a sword (which is only really useful for bashing open gates) and a crossbow which has a few flavours of ammunition available. Beyond that though, this is really just a straight up Serious Sam clone. If Serious Sam was seriously shit that is.

The problems are evident right away. Orc Slayer is an FPS with childish graphics which look, at best, like an upscaled low-budget PS2 game. As you progress forward, you’ll find groups of orcs meandering around. When they spot you, they’ll move towards you and attack with either ranged or melee attacks. New enemies are introduced later on such as spiders, flying pigs and some larger orcs but the attacks remain much the same apart from ones that add some additional negative effects such as reversing your controls or damaging you over time.

Generally what happens is an area will be blocked off until you kill a certain, undefined number of enemies. Then the force field around the next gate will disappear and you can move on. Some levels have one area, others have more. But that’s basically it and apart from an upgrade/level up system on your character, that’s it for the game’s two hour lifespan. 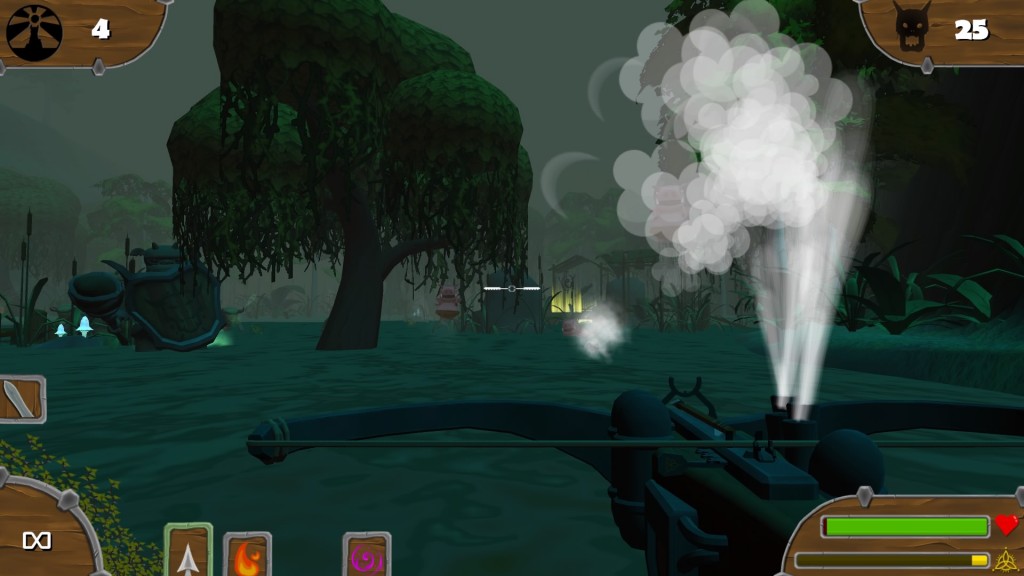 What makes the game terrible is everything. The gameplay is simple, yes, and that’s fine except that it is awful also. Each area is a grind as you wipe out orc after orc with your weedy weaponary. There’s no sense of impact when you hit an enemy and the noise they make when you hit them is just a short sample. You can fire hundreds of shots per minute, so hearing the same sound each time a shot hits (and actually the sample is longer than the interval between shots, so it sounds very artificial) is rubbish.

The collision detection on your shots is suspect (it doesn’t matter as the game is very easy) and there’s no auto-aiming which makes this feel like a straight port of a shit PC game. This is even more evident when you realise the Dualshock 4’s touch pad can be used to aim – well, it can’t actually as it’s completely impractical but they still allow you to attempt it – which puts a fucking cursor on the screen for no apparent reason. 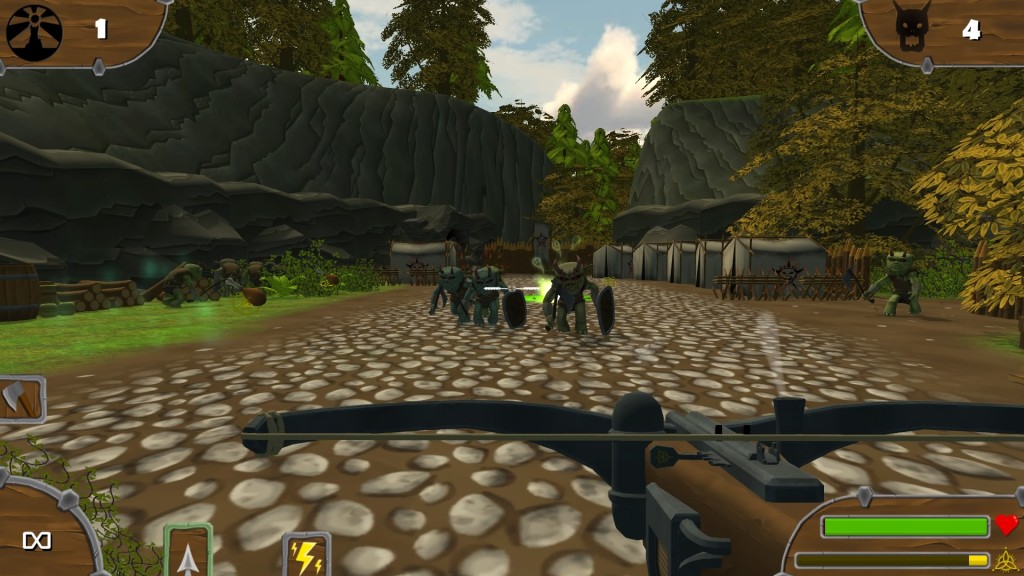 The only upside to this simplistic bullshit would be if the game took a page out of the Serious Sam playbook and either gave you massive enemies or massive amounts of small ones. It does neither. It doesn’t push the hardware in the slightest in terms of ambition but still manages to perform like it is running on a Nintendo 64.

Given that the game’s graphics, which can only be described as very poor, and small levels are as basic as it gets, the framerate is all over the place. If you upgrade your reload speed to the maximum, you’ll fire off hundreds of shots in a minute. If you look at the floor or the sky, the framerate increases as does number of shots you are firing. Look forward and it starts slowing down. You can literally hear the game slow down, even when there are no enemies in the area. Throw in a handful of enemies and it starts to really chug and starts skipping frames to compensate. For a game that looks and plays like a shit game from the past, this is unacceptable. 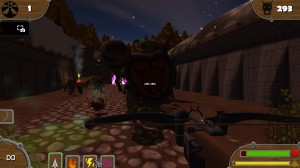 The only upside is that trophy hunters will be one platinum richer once the game is finished but even then, and with it’s cheap price point, it’s just not worth the investment of time. Orc Slayer is so bad, it makes you wonder if PSN has any quality control on it at all.

Orc Slayer fails on absolutely every level. This is bollocks.

Orc Slayer
1 Overall
Pros
+ Really?
Cons
- The gameplay - The graphics - The performance - Miscellaneous (in case I missed anything)
Summary
Orc Slayer is an embarrassment. Aside from an absolute gimme of a platinum trophy, this is marginally less good than the Zika virus.
We use cookies on our website to give you the most relevant experience by remembering your preferences and repeat visits. By clicking “Accept”, you consent to the use of ALL the cookies.
Cookie settingsACCEPTREJECT
Manage consent