Finland’s most prolific publishers of attainable platinums, Ratalaika Games, are back with another cross-buy title.  This time they are tackling the jump and shoot genre (their description and way better than “run and gun”) with Metagal which riffs pretty hard on the classic Mega Man style of gameplay and graphics offering some cheap and cheerful presentation and, of course, a sickeningly easy double platinum for those of you who want them.

You play as Meta, a cyborg girl, or ‘gal’ I guess, who is the only one of her family left after General Creeper kidnaps her sisters and Dr Ray, the man who created them all.  The story is told via some basic cut-scenes and then you are thrust into battle with the mission of beating each sister after they are turned into battle cyborgs and tasked with destroying you.  However, this is after a few screens worth of 2D platform-based action and it is here where the game has its best ideas. 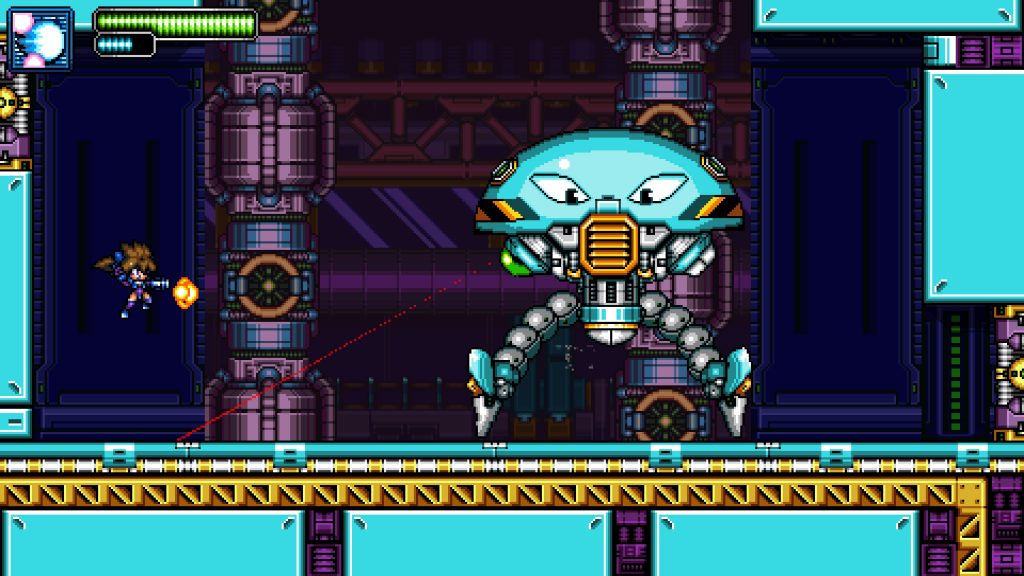 While the actual platforming gaming is fairly mediocre, there is a nice risk vs. reward mechanic.  You start with a revive/continue option, and can pick up more, and this let’s you continue from wherever you lose all your energy (or fall to your death).  If you don’t use it, you’ll go back to the start of the level or the last checkpoint that you passed.  If you do use it, you’ll lose no progress.  However, it can also be used to recharge your energy in game too.  So do you struggle through a level and stockpile it all for the boss battle or do you do what it takes to get to that point, using up as much energy as necessary, and then do your best to learn that boss’ patterns using the checkpoints but less energy up front?

It’s quite a good system and one that gives you the opportunity to get quite far while being rubbish, almost as if you were using that as a practise run.  You’ll need it too because Metagal can be ruthless.  The platforming can feel a little twitchy and death can come pretty easily thanks to collapsing platforms, lasers and spikes.  Generally enemies don’t tend to cause as many problems as the general obstacles in each level but the combination of both can be taxing, especially as an enemy can mess up your timing on jumps and they have a nasty habit of reappearing after you kill them. 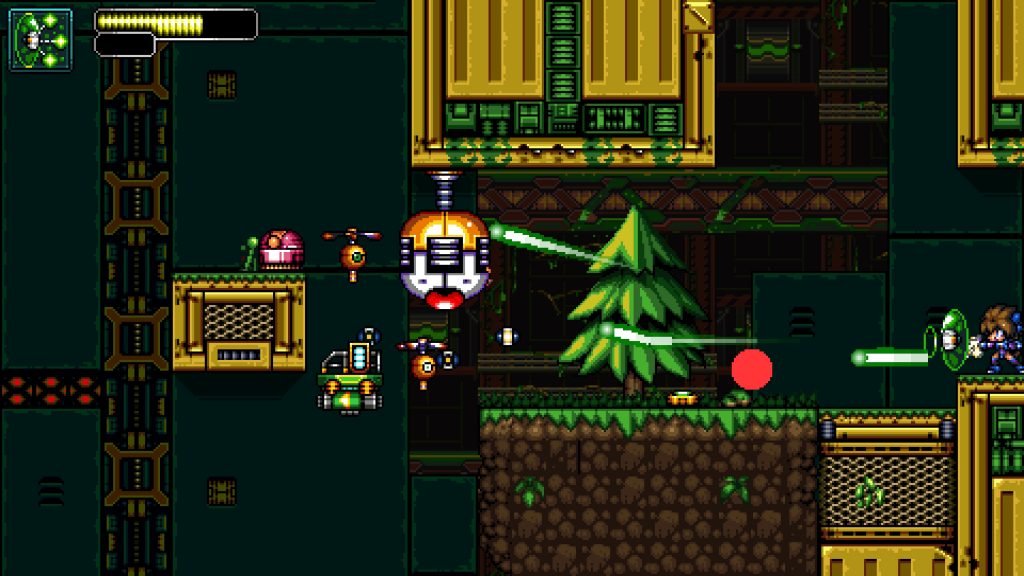 This is where the game’s next good idea comes in.  If you can beat a boss, you’ll take her weapon and can use it later on.  These tend to be pretty useful with homing lasers and shields making up just some of the selection on offer.  Don’t get it twisted though, the game is still going to be tough and each new boss will definitely cause you some real issues, especially if you weren’t raised on this style of game.  Indeed, the game has four levels unlocked from the start and the screenshots you can see are from those levels.  The game’s other four levels are still out of this reviewer’s grasp.

So how does such old-school, taxing gameplay lead to such an easy platinum?  Well, the game only requires you to beat one level before it gives up the final trophy.  This is kind of a shame because the game’s challenge is a half decent quality and one that most players won’t experience.  They definitely should have given players a few difficulty levels but essentially there’s no real motivation to proceed after level one unless you’ve got a review to produce or if twelve or so Mega Man games aren’t enough for you. 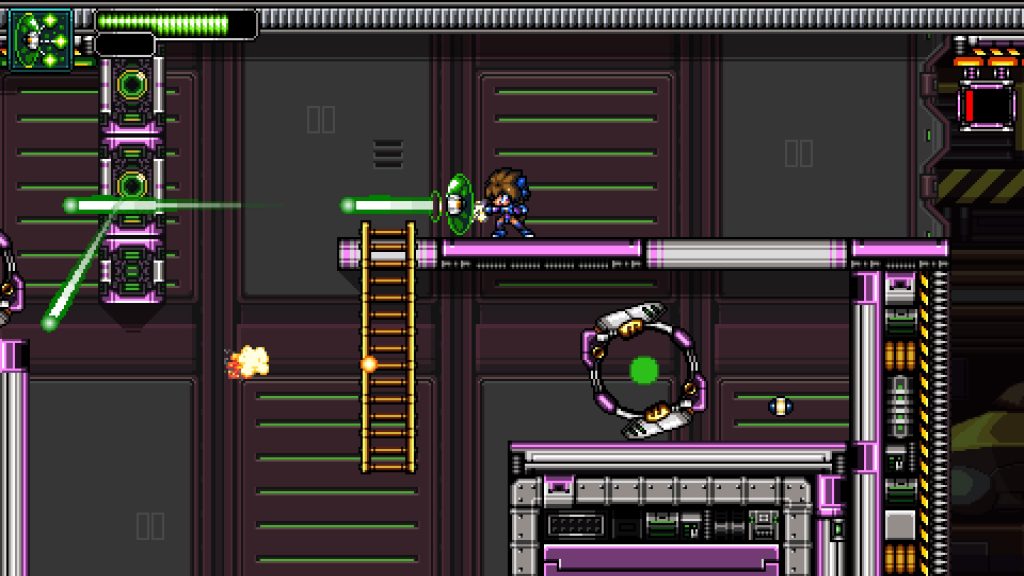 That said, this isn’t a classic.  Sure, you jump and you shoot and it can be fairly engaging as you try to get good at it but the game’s retro look is pretty tired, the enemies are uninteresting, the shooting isn’t particularly satisfying and the platform action can get frustrating.  The boss battles can also seem like a particularly tough cherry on top of a bollocksly hard cake.  If you really love tough 2D games, this may appeal but it doesn’t feel particularly well-engineered when it comes to level design and ultimately that’s what matters.

Metagal‘s main problem is that there are so many games in this field now and most of them have better movement, better combat and often are stuffed full of roguelike mechanics to keep you playing.  We do applaud that the game has ACTUAL LEVELS and not just some randomly generated bullshit though and that’s not nothing.  But this is what it is.  A mobile game running on an expensive current gen console that is capable of playing Horizon: Zero Dawn.  It’s cheap though and, as ever, Ratalaika do give you a quick reason to drag your Vita out of your sock drawer and maybe the game suits that format a little better with it’s bright colours popping nicely on the OLED screen and the short levels lending themselves to shorter play sessions.  Although the risk of lashing it into a wall is real if you’re serious about beating the game. 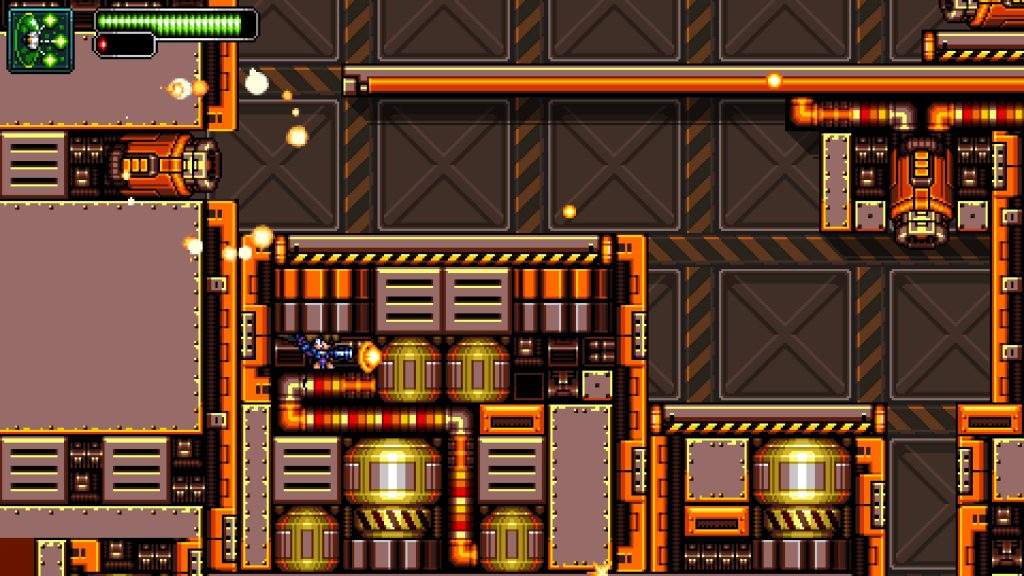 One major problem for us was that the PS4 version is sometimes prone to glitching out.  We’ve had the game crash out, freeze and we’ve even seen our main character disappear and appear to get stuck behind the scenery.  When this happened during a good run it absolutely caused the game to lose our trust.  Difficulty is one thing but at least make sure your game works.  Especially when you’ve released it on every imaginable format previously.

So, yes.  It’s really hard to recommend this one.  We suspect there’s a good game in there that just a few tweaks could bring out but let’s call this one what it is.   A cheap port with a couple of cheaper platinums.

Summary
A pretty sloppy port of an unimaginative platform shooter. This game's mobile roots are pretty evident and while the game has a couple of decent ideas, it isn't executed at all well.