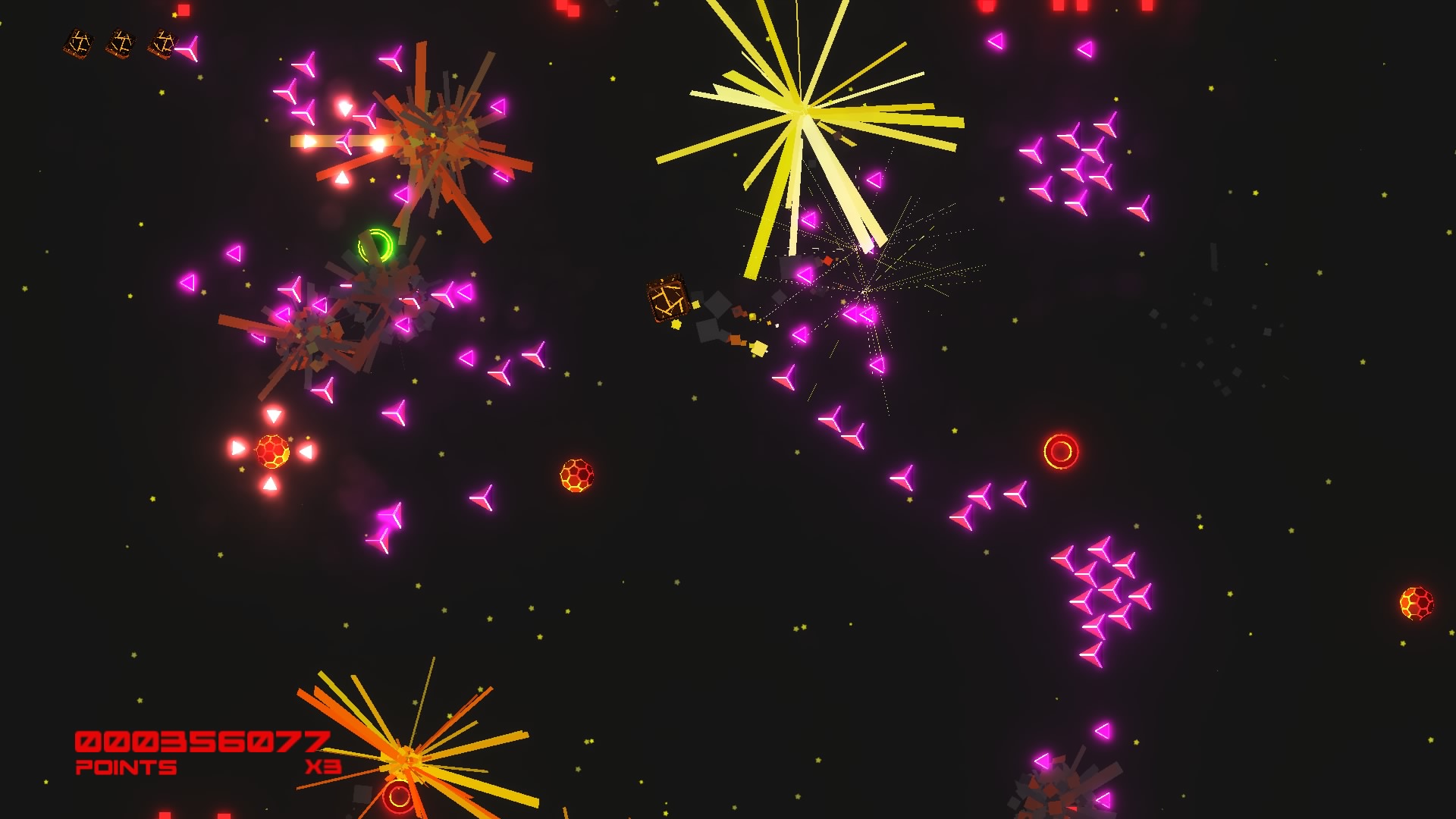 Yesterday I put together a video review of Mastercube where I used the three minutes of footage that I edited together to try to describe just how awful the game is.  But that’s not enough time to really get to grips with how bad the game is and what it says about PSN that this absolute abortion of a game has somehow been published on the platform, so I’m going to take the extra time to really drill down into the game and make sure that as few people as possible ever play it.

The game itself is a twin-stick shooter, which loosely resembles Geometry Wars if that game had been made on a slightly faulty Amiga 600.  By a child.  With severe brain trauma.  It is published and authored, according to PSN, by Ertem Yazilim whose track record so far seems to extend to making terrible ‘dynamic’ themes for PS3/PS4 that aren’t actually dynamic. 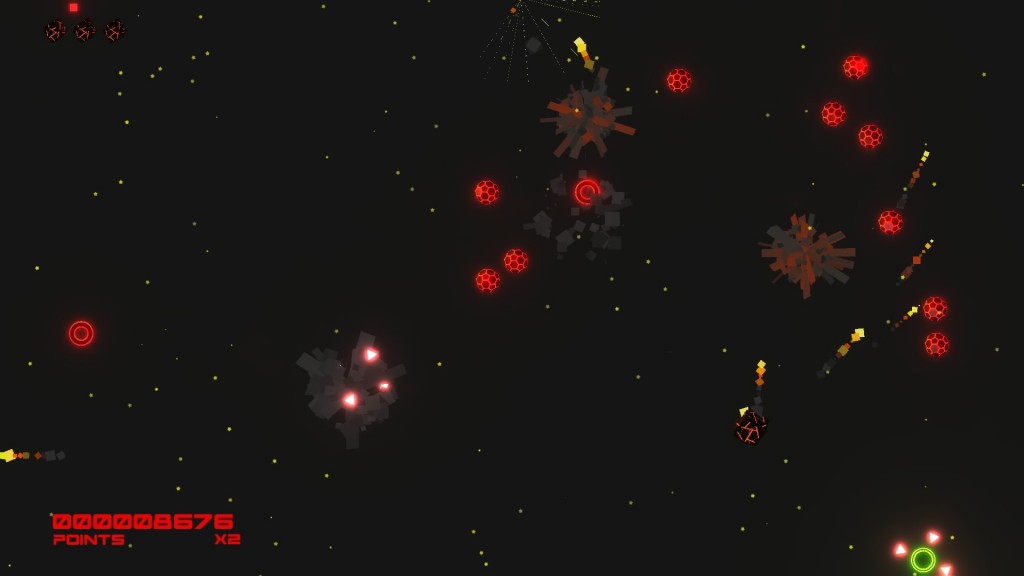 Beyond that, finding out more about the author is kind of tricky. However, the Steam version of this game was published by Warlock Arts and so for the purposes of righteous judgement, they get the blame for this version.

Why the hate? Well, I really like good twin-stick shooters. I had a glorious time with Geometry Wars 3 and have recently platinumed Super Stardust Ultra.  So when Mastercube showed up on PSN for just a few quid and no fanfare, I purchased it and fired it up, hoping for some good arcadey action.  That’s when I realised I’d made a mistake.

The game’s opening title screen gives you one option:  start.  So start you must.  At this point you are thrown into the action.  Immediately obvious are the graphics.  They are appalling.  You control a cube that moves around the screen in a slightly jagged fashion (it’s meant to be smooth but it simply isn’t) while taking on various enemies of different shapes and colours (much like Geometry Wars).  These are all flat, awful sprites that generally just home in on you.

Once you get past the fact that graphically this looks worse than any Net Yaroze game I ever played, you then realise that the music is oddly out of place with the action.  It comes in two flavours (generic electro and generic rock) and one setting (far too loud).  Pressing the options button and the touch pad does NOTHING.  You soon realise that the game has no options at all.  For anything. 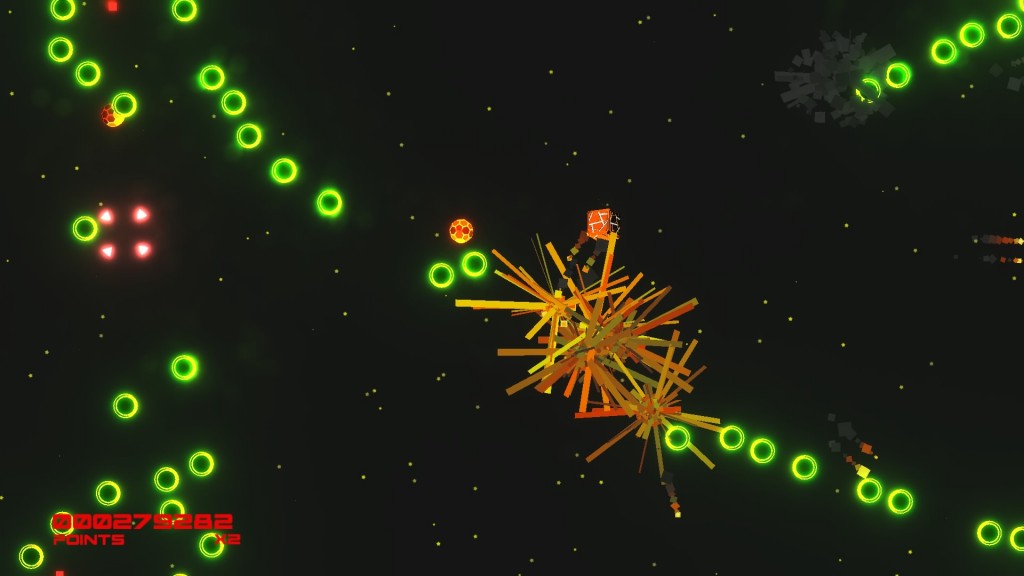 Persisting on, the next thing you notice is that your rapidly firing gun is all too weak.  Sure, it can take out most enemies but if the purple ones show up in a large group, that’s a death sentence.  Forget about getting past them.  You’re already dead.  Your firepower does grow though.  You soon start firing a double stream of bullets which is a bit better but you’re still most likely going to die when the purple ones turn up.  Occasionally, you’ll get a three way stream happening.  If you’re lucky enough to have this when the purple enemies turn up, you’ve got a fighting chance.

Of course there are other enemies.  These can still get you but are lot less deadly.  UNLESS THEY TELEPORT ONTO YOU.  You see, where Geometry Wars and Super Stardust foreshadow enemy landing positions by lighting up the area, Mastercube doesn’t.  If you’re anywhere but in the very middle of the screen, death can (and probably will) come to you instantly.  You may not notice right away because the weak sound effects don’t really highlight that you’ve died but a slow disintegration animation might.

So, after a few deaths the game ends.  You have two options here:  restart and ‘main menu’ (a page which you’ll remember only has ‘start’ as an option).  It will tell you your final score but you’ll never see that again because not only does this game have no leaderboard support, it also never ever tells you your high score.  Every fucking arcade shoot ’em up since the dawn of the Space Invader has been about scores.  Mastercube is so fucking inept at everything that it doesn’t even do this.  How is this possible in 2015 on a fucking PlayStation 4?

With no score competion on offer, all you have to keep you going is the trophy list and this offers the last nail in the coffin.  There are twelve trophies.  Two of which are pretty easy to get (although one of these is called Destoyer because Warlock Arts can’t even spell a trophy name right let alone make a decent one).  After that you have ‘Good Reflexes’ which requires you to stay alive for 120 seconds.  This is pretty tough but ultimately quite doable (no thanks to the weapons and shitty purple enemies).

After that the list gets ridiculous.  For a game that offers random, inescapable death if you dare to move, asking you to survive for 14000 seconds (nearly four fucking hours) is ridiculous.  And if surviving 120 seconds was hard, surviving for 150 seconds WITHOUT FIRING is literally impossible because, unlike any good twin-stick shooter, new enemies spawn all the time, even if you’re not doing any damge.  Within twenty seconds the screen is absolutely full and even hovering around the outside of the screen is impossible because enemies can spawn there where you can’t even see them.  Fuck. 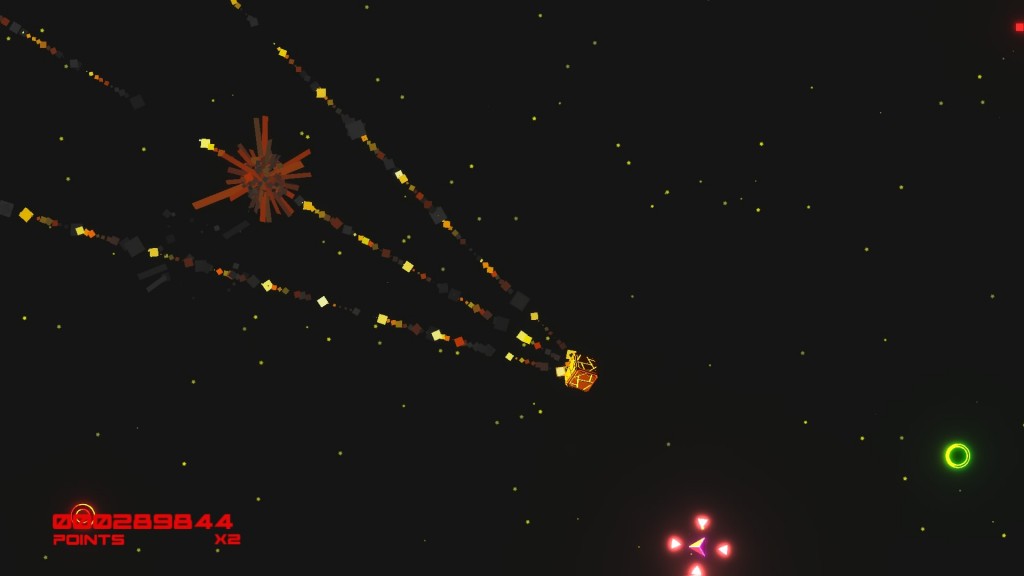 I like going for trophies but I wouldn’t ordinarily mention them in a review because I know that they aren’t important to everyone but trophies is all this game has.  Literally.  And it gets those badly wrong too.

Mastercube truly fails in every conceivable way.  It is, by some considerable margin, the worst game we’ve ever seen.  There are several Xbox Live Indie twin-stick shooters that are simultaneously awful but substantially better than this game.  It has no place being on PSN and somebody needs to let Sony know that this kind of shit won’t slide.

Mastercube
0 Overall
Pros
+ Nothing
Cons
- Everything
Summary
Do you make games? Heck, do you even like games? Then Mastercube is an insult to you and everything you stand for. This is the worst game on PSN.