Lost Grimoires 2: Shard of Mystery is another Artifex Mundi game and the follow up to Lost Grimoires: Stolen Kingdom which I rather liked.  As with all their other output this is a hidden object puzzle game and very much sticks to the template laid down in previous games. If you’ve played one Artifex Mundi game then you’ll pretty much know what to expect, which is both a blessing and a curse. What makes these games really stand out from each other is the setting and story and with Lost Grimoires 2 we’ve a story which is based a number of years after the first game, so therefore shares some of the same characters.

The story had more of a romance twist to it this time than a lot of the previous games I’ve played.  But there is an evil witch threatening the kingdom and you are the only one who can save the day.  What follows is a solid four to five hours of play with lots of plot twists, not wholly unexpected, to keep things interesting. I was less drawn to the story being told here as it lacks that spooky edge I’ve found so appealing in previous titles. 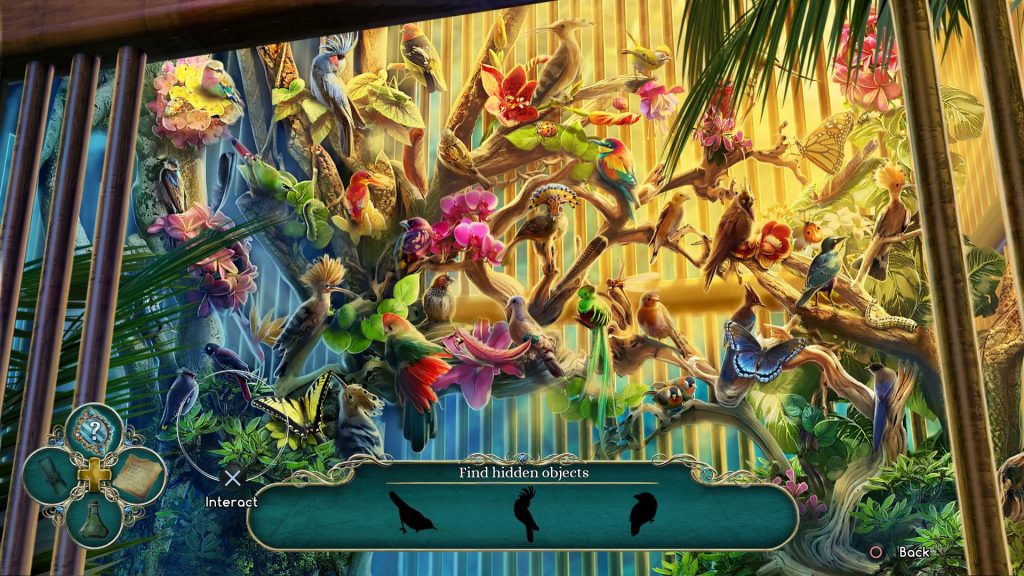 Once again the game plays out through a series of detailed 2D scenes with the only interaction being a large circular cursor you can sweep around to highlight points of interest.  Highlighting these will often zoom the screen in and there will be some kind of activity or puzzle to complete.  The activities can be as simple as using a specific object to help you get another object, cutting a curtain away with a sword to allow you to get a cog for example. The same goes for the hidden object scenes, where successful completion will grant you a new item. These hidden items are then used on large puzzles which gate your progress to new areas.

Sometimes in these games there can be an alternative to completing the hidden object scenes, a game of mah-jong or a card matching game.  In Lost Grimoires 2 there is no alternative option and you don’t have any helper companions either.  What you do have is an alchemy game which is not available ever scene, but rather an end of location puzzle to allow you to progress further.   This is a kind of match three gem puzzler and, whilst never really challenging, again adds variety to proceedings. 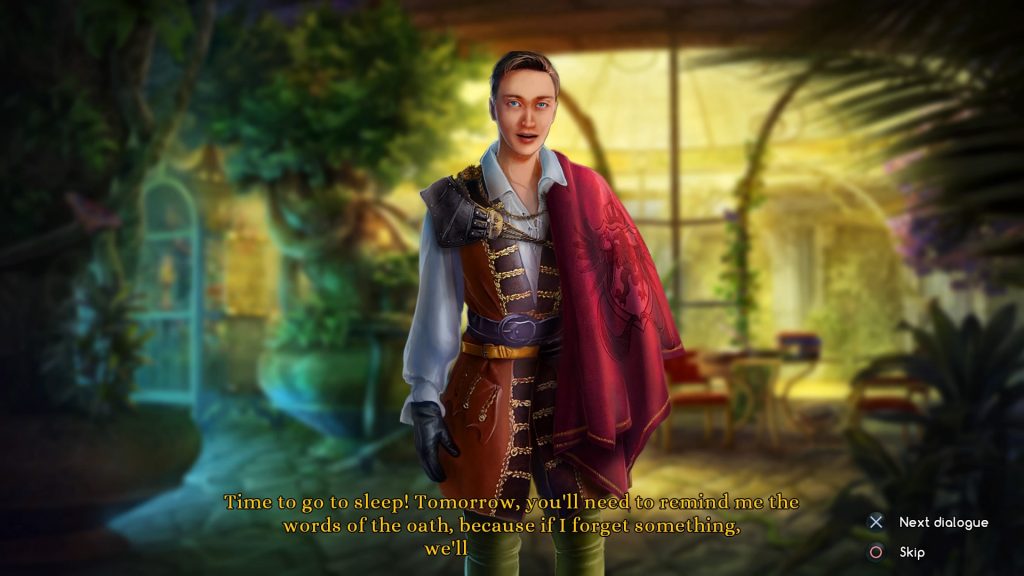 These larger puzzles are logic based puzzles things like matching shapes or building jigsaw style pictures.  I found a decent degree of variation in these puzzles and this really kept the game feeling fresh. This extended to the hidden object scenes as well as there were a good mix between the traditional picking objects from a written list and the more modern finding silhouettes.

Overall things are fairly relaxing and this is one of the main reasons I enjoying playing these kind of games.  They are well put together, offer a gentle challenge and provide a nice couple of evenings of entertainment. Although I do enjoy these games Lost Grimoires 2 suffers from the same issues prevalent with all the other hidden object games.  The voice acting and animation of the characters are of a low quality.  There is a lot of good here in the form of a lot of acting and content, but if you come here expecting top quality voice acting you will leave a little disappointed. 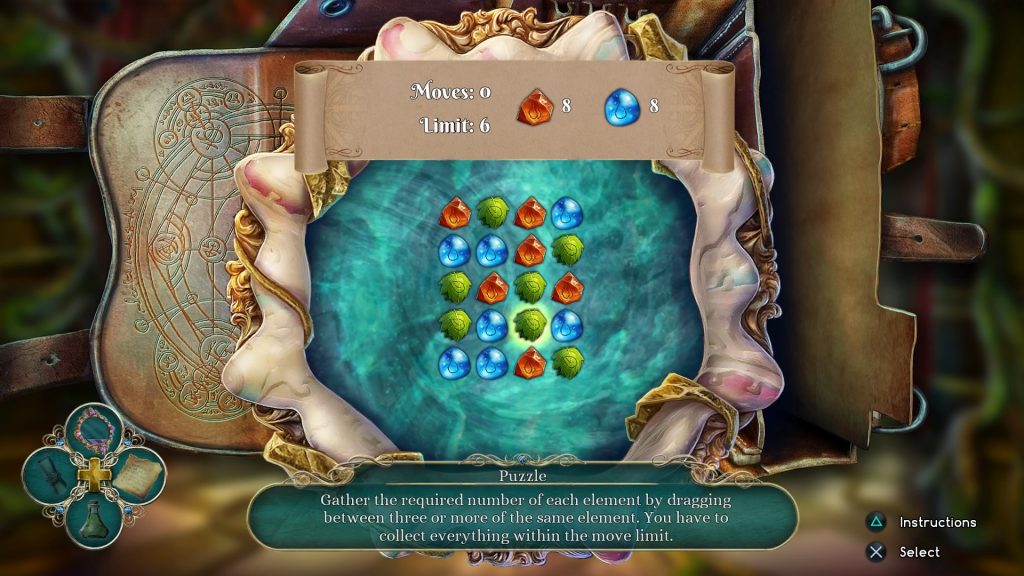 Lost Grimoires 2: Shard of Mystery is another solid entry into this hidden object genre.  The story is maybe a little weaker than in other Artifex Mundi games, but there is a decent range of puzzles and activities on display here. If you’re a fan of the genre, like me, then you’ll be happy to go along with the ride, and despite this being a sequel it is a perfect jumping on point.  If, however, you dislike these games this entry will do nothing to change your opinion.

Lost Grimoires 2: Shard of Mystery
7 Overall
Pros
+ Nice alchemy minigames.
+ Wide variety of puzzles.
+ Nice art style.
Cons
- Lack of alternative to hidden object games.
- Story didn’t grip me in the same way some have.
- Does nothing to deviate from the other hidden object games.
Summary
Lost Grimoires 2: Shard of Mystery is another solid entry into the hidden object genre. The story is maybe a little weaker than in other Artifex Mundi games, but there is a decent range of puzzles and activities on display here. If you’re a fan of the genre, like us, then you’ll be happy to go along with the ride, and despite this being a sequel it is a perfect jumping on point. If, however, you dislike these games this entry will do nothing to change your opinion.