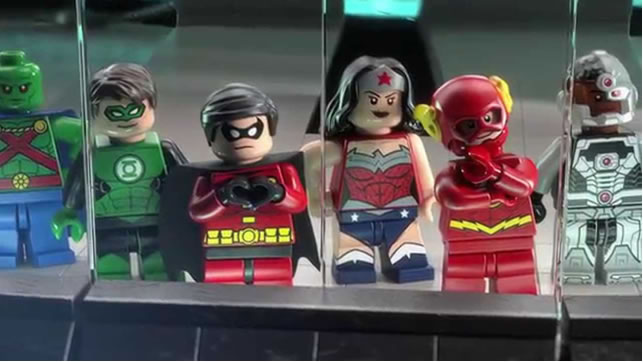 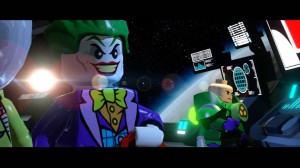 Lego games are a sure thing. Each installment brings about as much change as a yearly FIFA update with the only major changes being the setting and characters whether based on a major movie property or one of the many sets that make up the Dutch toy company’s vast catalogue of expensive plastic.

Lego Batman 3: Beyond Gotham has a typical DC comic plot. Various Batman and Superman villains take it upon themselves to infiltrate the Justice League’s sprawling watchtower, giving them access to the vast wealth of technology and a seat of power in space. As the heroes progress to deal with this wrongdoing the galactic android Brainiac seeks to consume the earth for its wealth of knowledge. The heroes stop the world being destroyed in the process so Brainiac seeks to shrink down the cities of the world for consumption instead.

Things are about as familiar as you’d expect gameplay wise. You run around punching things in a typical manner, collecting Lego stubs along the way while solving simple puzzles to progress to the next area. Every now and then there is a boss fight but there is nothing that is threatening or taxing in the slightest. As ever your characters have infinite health, the only penance for death is the loss of some of the Lego stubs you have collected. Quite frankly, if you are playing the game for the story or a quick jaunt then that will likely not bother you. The only other major thing that keeps the time passing in this game are the puzzles which range from the simple to the times where you are running around in circles trying to find another piece of Lego to smash to create a switch to open a door. 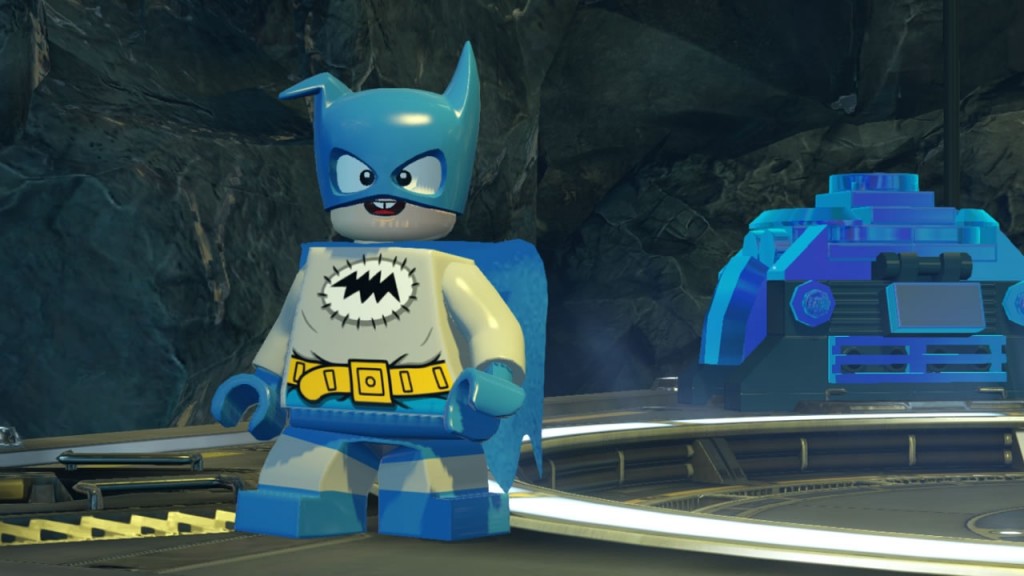 The biggest change to the puzzles has to be in the form of the various suits/powers that various characters can wear and utilize. Previous games have also used these but were somewhat limited due to being entirely situational, requiring players to find stations which would unlock a certain suit for the puzzle ahead. What this change results in however is a bit too much choice, now puzzles merely boil down to cycling through each of the abilities until you have found the right one for the task, at least until the game allows you to quickly switch to the right one underneath the switch or item you need to interact with. Some of the suits have combat implications as well but when you have the opportunity to play as a character as powerful as superman who can fly above the action and laser everything to death it makes no meaningful difference.

There are moments that break up the usual, these can range from simple shooting galleries to MDK style drops where you free fall past wreckage or missiles before hitting the final target to finish the segment. My favourite section by far (and probably the best section in the game,) comes early on in the form of an incredibly faithful Resogun clone. As a point of reference Resogun is a bit of an unusual game to pastiche within the Lego games and the sheer fact it existed was enough reason for me to fall in love with it. What I would love to see is a separate mode dedicated to this homage featuring more backdrops and themes from the vast DC lineage that this game encompasses. 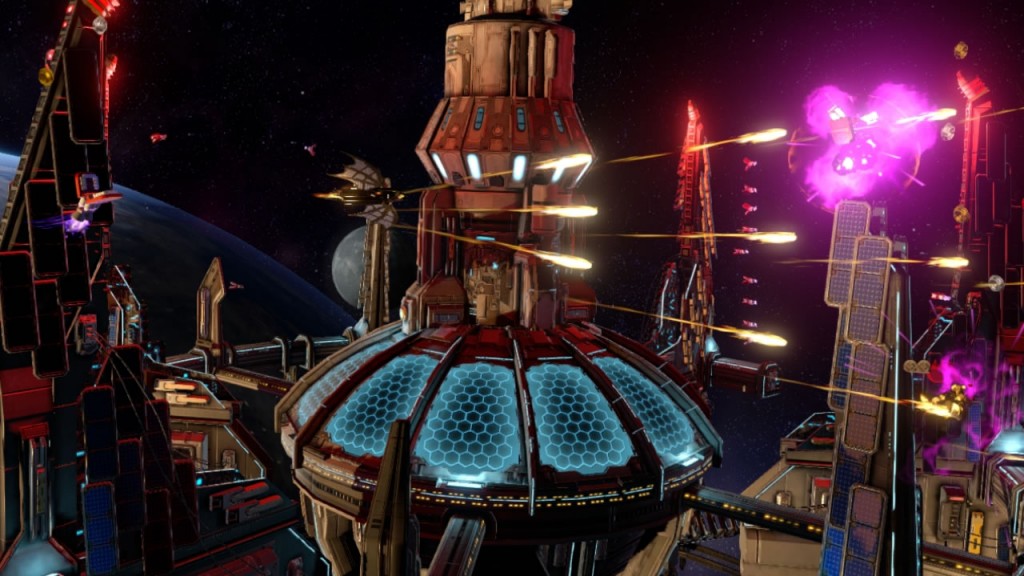 Speaking of the characters there are a whole boat load of them available to unlock throughout the game. While the story focusses on the exploits of the justice league heavyweights like Superman, Batman and Martian Manhunter there are a lot of other characters that get their time to shine like Bat-mite, Swamp Thing and even Alfred Pennyworth (who you may know as Bruce Wayne’s butler.) among these sprinklings of DC fanhood there is a whole section of the character list dedicated to Batman himself which encompasses almost all of his various appearances over the years, the highlight is of course the 1966 style complete with its own mission set in the tone of the series with narration by Adam West himself. This also goes south as there are a couple of questionable additions to the roster as well. It really goes some way to show that DC are lacking the father figure that Marvel have with Stan Lee that they have to get Conan O’Brian to replace him, but hey at least Kevin Smith is in there too. 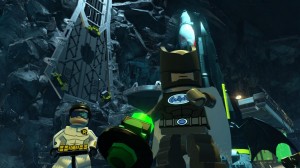 Apart from the strange additions the attention to detail within the game is a definite high point. When the story enters the situation of Brainiac miniaturising famous landmarks everything is depicted in Lego whereas normally it would be a hyrbid between the plastic bricks and real world environments. This has the neat effect of making you feel like playing on a Lego set and adds to the authenticity of the brand behind the game. I would have liked to see some more locales from the DC universe make an appearance but the backgrounds suit their purpose. There is also no open world to this game as opposed to Lego Marvel or Lego Batman 2, instead missions are selected from the watchtower in a menu style which feels like a massive step back. In the end though the open world sections of the previous games were largely ignored before so i cannot blame the devs for leaving them out.

Lego Batman 3: Beyond Gotham
7 Overall
Pros
+ The attention to detail regarding the DC + subject matter is fantastic + Great little spin off sections which are great fun to replay + Large range of characters to play as + Kevin Smith
Cons
-If you have played a Lego game before then game play wise you have played this one -Combat is simplistic with no threat or challenge -The story is a bit messy, with new elements thrown at you every few minutes -Conan O'Brian
Summary
The Lego series has had a safe ride thanks to it being the one series that parents can rely on each year to entertain their kids without having to resort to the military shooters and gore fests that their children actually want. While that is fine I do feel like the series needs a shake up, the game is needlessly simple and the puzzles only seek to make the game outlast it's welcome. Get this if you love DC and want to enjoy a faithful and humorous adventure, avoid if you want something fresh or revolutionary because it most certainly is not.