If you’re a PS4 owner then you’ll be hard pushed to have not noticed the Yakuza games over the past couple of years. From remasters to new releases the entries have come thick and fast with multiple titles a year and they’ve been trickling onto the PC as well. Luckily they’re very good, and Judgment is from the same team – Ryu ga Gotoku Studios. 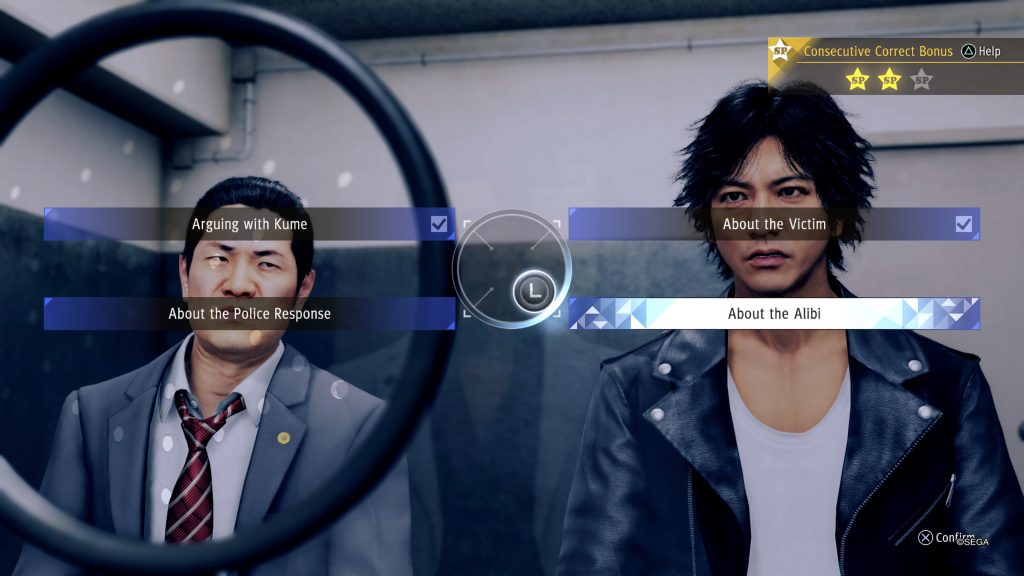 Loveable yakuza Kiryu is not the hero of this piece however, you play as Yagami, a disgraced lawyer who has become a private detective. Being a private dick isn’t so different from being a yakuza it seems, with Yagami able to take care of himself in a fight and your snooping around drawing lots of unwanted attention.

Returning players will recognise the open world setting of Kamurocho which returns for Judgment. It’s just as small (for an open world) as before but vibrant and packed with activities though not exactly the same, with certain mini-game areas that were accessible before being closed off whilst new ones are open, but if you’ve memorised the street layout then you’ll be right at home again here, for better or worse. A new set of games populate the arcades (including Fighting Vipers, Fantasy Zone and the return of Virtua Fighter 5) along with drone racing through the streets and the return of gambling staples like Blackjack and Shogi.

The majority of the gameplay will also be familiar, with main missions following a serious crime drama story (with either English or Japanese voice acting), whilst side missions can be incredibly goofy. Arguably being a private detective means that helping all of these random people for a fee makes more sense than Kiryu doing it, and you’ll be chasing down perverts, finding lost cats and tailing cheating spouses and then some. Certain missions may lead to friendships being developed which, once fully established can lead to benefits like free items or help in battle. 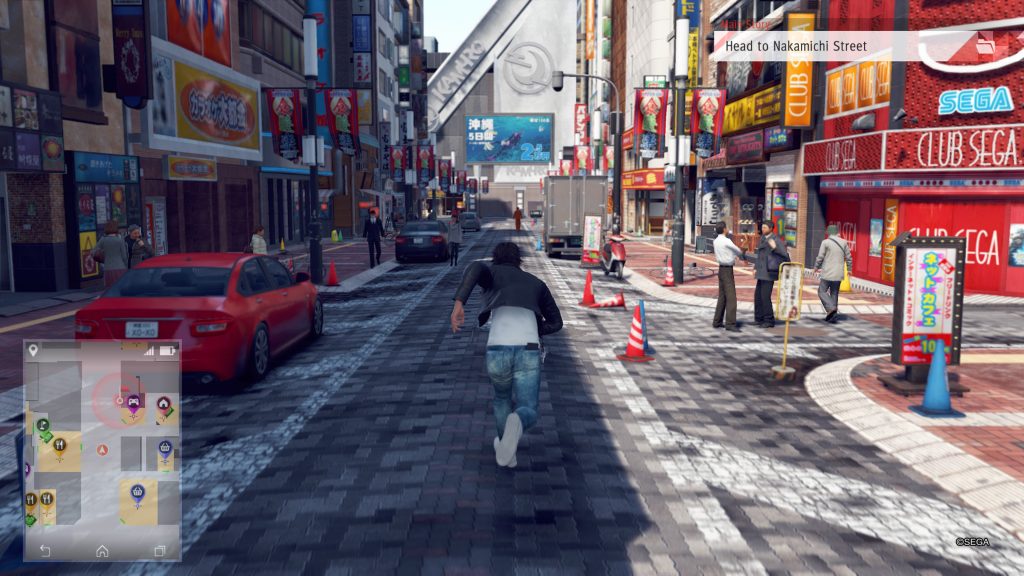 Speaking of, fights will occur often. Randomly on the street and as part of missions Yagami will need to defend himself and luckily he’s a dab hand at kung fu, with two styles to switch between whether you’re focusing on one opponent or trying to crowd control multiple. This makes him more acrobatic than Kiryu and Yagami is also unwilling to use lethal weapons like blades and guns, though happy to beat on fools with pipes, bats and signposts if needs must.

Other than that the combat is basically the same, with a mixture of light and heavy attacks helping to build a meter that will allow you to land a powerful, contextual attack which can involve friends you’ve made who are nearby or simply slamming someone’s face onto the bonnet of a car. SP (experience) can be used to buy and upgrade abilities, both for fighting and other gameplay mechanics, with more unlocking as you progress in the game or find skill books.

Some things must be different though, right? With Yagami being a private detective he does have a few more skills that are utilised. Often you’ll be tasked with tailing someone, which will involve following someone whilst ducking behind cover when they turn around, maybe taking an incriminating photo at the end. Sometimes you’ll be required to chase someone as they try to make their escape which has you running along a set path, trying to avoid obstacles either through steering Yagami or basic button presses. There are also a couple of lock picking mini-games. 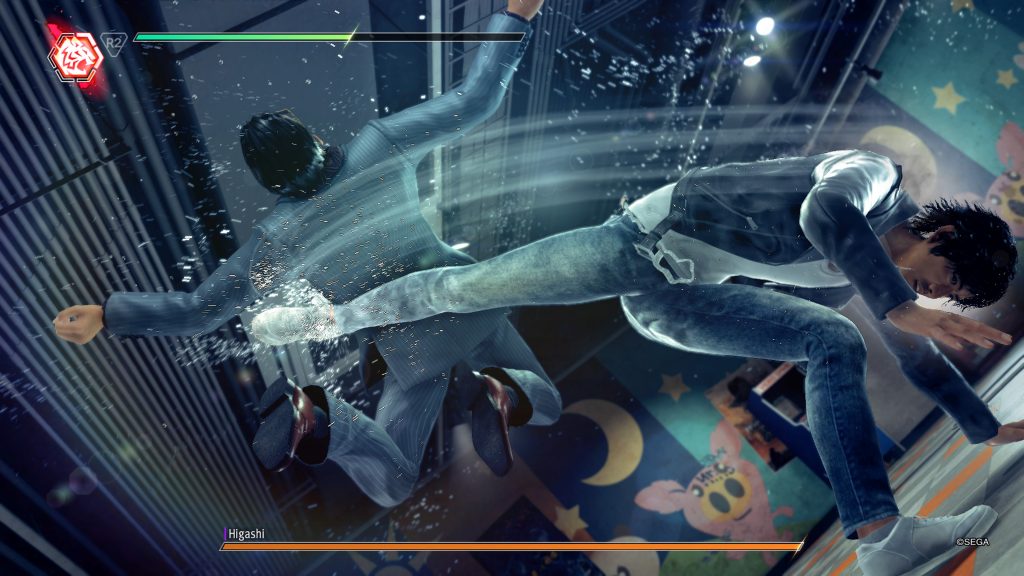 These are all basic mini-games but you do get to do some slightly more in depth detective work when you investigate areas or question people. Investigating requires you to look around a scene in first person, trying to find all the relevant clues, though there’s no punishment for finding useless information. When questioning someone you’ll have multiple choices though it doesn’t really seem like you can fail these, but you will get SP bonuses for choosing the right questions and responses.

You’ll sometimes have to use the evidence you’ve found to follow a lead (the game won’t give you a waypoint marker) or prove a point in a conversation, but as you may be able to tell it is a little on the simple side. It does give the game a slightly different vibe to the normal Yakuza games but at the same time these could have been mechanics in a side story of one of the main titles without much problem.

Which may sound like a bad thing but in reality what Judgment does well is exactly what the Yakuza games have always succeeded at. A strong narrative, plenty of content, decent fighting mechanics and a quirky sense of humour are all present here and fans of the series might not find much new but, assuming they’re not burned out on the formula, will get the same satisfaction playing this as they have from previous experiences. New players can jump in without the worry of not following the story or having a full series to play. 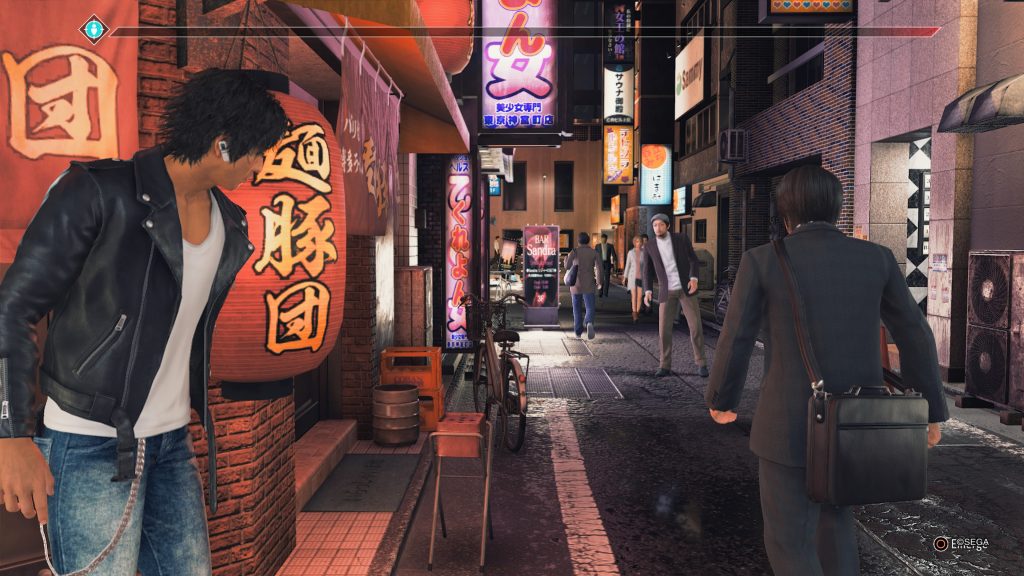 Judgment is a little disappointing in the very light detective mechanics that have been layered onto the tried and tested Yakuza formula but ultimately is still a lot of fun and incredibly engrossing as Ryu ga Gotoku Studios games tend to be. If you’re still eager for more Yakuza style games then that is exactly what you get here, but if you’ve had your fill for the time being then Judgment doesn’t really do enough to freshen up the experience.

Judgment
8 Overall
Pros
+ Same strengths as the Yakuza titles
+ Bunch of new, interesting characters
+ Detective angle does add a little
Cons
- Detective mechanics are very light
- Follows the Yakuza formula to the letter
Summary
Judgment offers more of the same for Yakuza fans, with a slight hint of detective gameplay. Those looking for a deviation from the formula may be disappointed but it has the same strengths as Yakuza, with a new set of enjoyable characters and a strong, gripping crime drama narrative.

One thought on “Judgment – PS4 Review”