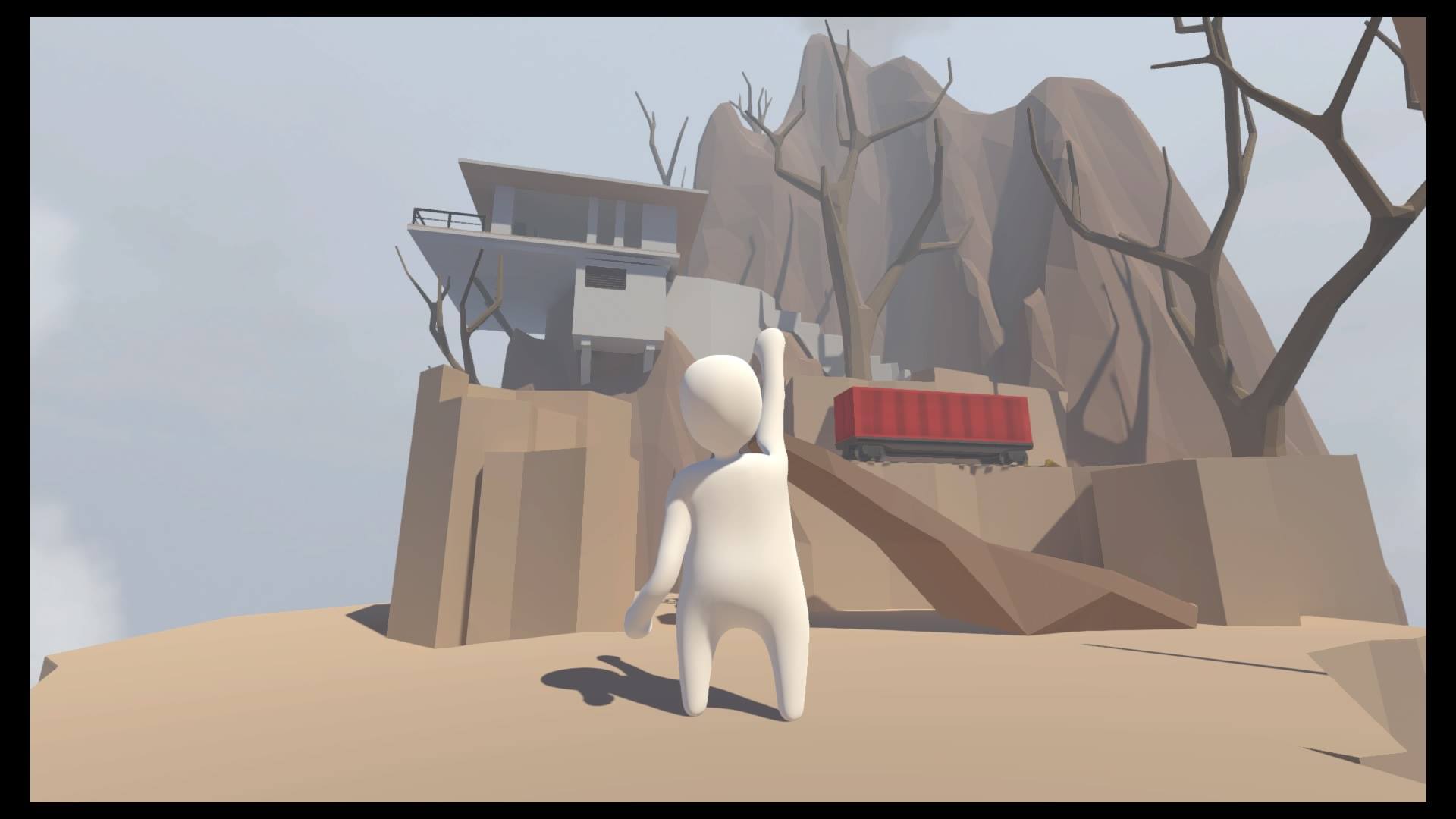 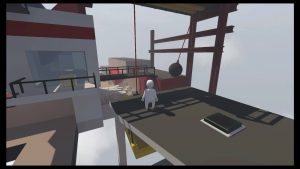 A lot has been said about YouTube and Twitch, however you can never overstate just how much influence the streaming life has heaped upon gaming in general. Nowadays it is fair to assume that some games, particularly indie titles are being made specifically to be streamed live to thousands of people over the internet. It is perfectly understandable why developers would want to serve this demographic. After all, thousands of watching eyes may have money in their pockets to partake in the delights on screen. However sometimes the quality of the titles suffers in the process. Sadly, in some cases even deliberately so.

It has been a trend for a while now that developers would make games with intentionally wobbly controls. Whether it be simulators or platformer titles, these games are designed to be frustrating or ‘rage inducing’ to add effect to online reactions. Octodad: Dadliest Catch was a good example of this, as was Surgeon Simulator. Both of which were well received due to their charm and their fresh nature. However, I now begin to wonder whether this streaming genre is starting to outstay its welcome, it certainly feels that way when playing Human: Fall Flat, the latest physics platformer to hit the scene.

You play as Bob. Bob is a Pilsbury Doughboy-like human whose job is to make his way through levels filled with puzzles obstacles, each level taking place on a platform that takes on various themes such as a medieval castle, shipping dock and an Aztec inspired ruin. It’s all remarkably simple stuff and levels have what seems to be an optimal path with occasional sequence breaks that can see you essentially breaking the pathway with either skill or dumb luck. 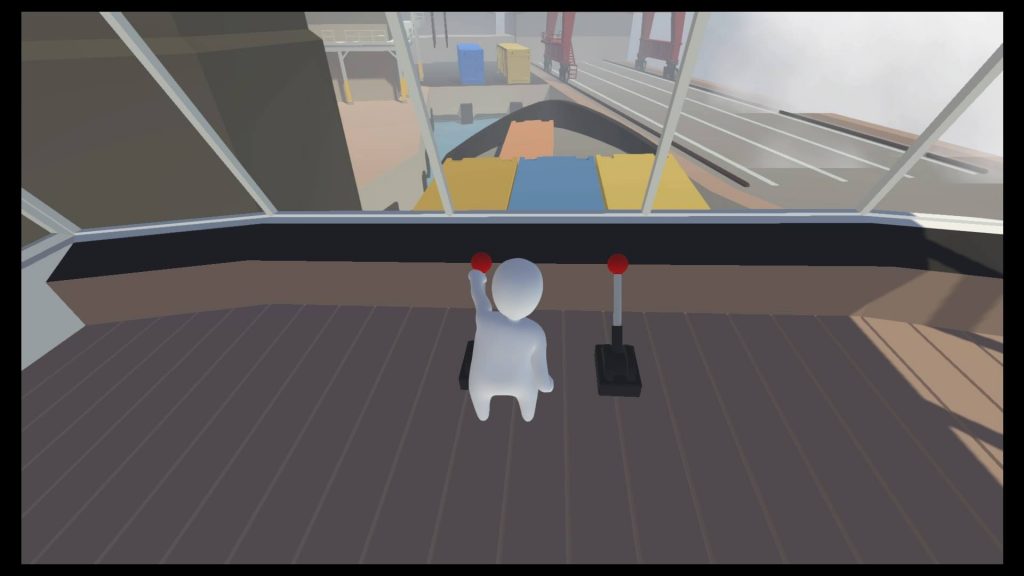 The controls are the bugbear. Bob is a very wobbly human and blobs around with an almost gelatinous body. Your main inputs are the triggers and the direction you face with R2 and L2 lifting Bob’s arms to reach out and grab hold of whatever you see in front of you. Again, this is quite a simple thing on paper but in practise this can often lead to problems with perspective. As you have to look up to raise your arms this can leads to issues with carrying items, a particular annoyance when you need to keep an eye on the ground beneath you during the trickier sections. Other problems come with the various vehicles you can manipulate along your journey. These are usually controlled by various levers and switches that you must alternate between and it becomes exceedingly difficult to keep an eye on the road when you are trying to go a direction. This becomes incredibly annoying later when you must pilot a coal truck down a winding passage which is above a bottomless pit. It becomes quite difficult to figure out whether the annoying moments are indeed by design or whether these are general flaws of poor implementation, it certainly feels like the latter. 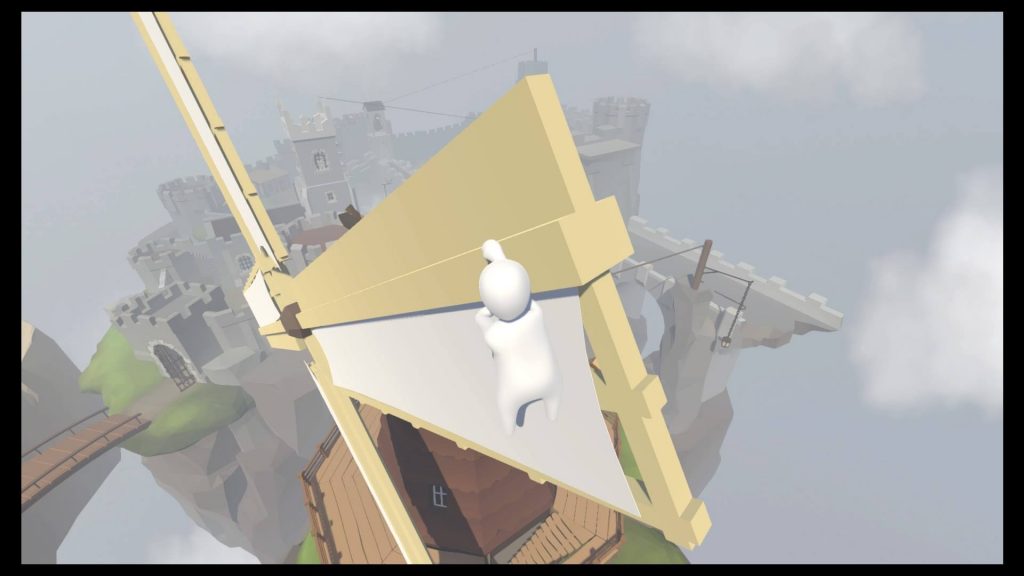 There is also a clear indication that the game is better off played with a friend by your side. There is no online multiplayer which is par for the course these days and often there are times where you see a pathway that would be easier to traverse with a friend but is ultimately locked off to you as you are forced to find a work around. Sometimes this works, with the castles swinging puzzles that sees you hooking a crook handle around peg to get from one platform to another. However, of course there are some downsides to this when playing alone. The chief moment I can recall is in the dock level where you can use hooks to move shipping containers around, with two players this could be done in mere moments, however on my own it took around an hour to figure out and execute thanks to a constant backtracking from the platform to the container. It was infuriating in a non-entertaining way.

Presentation wise the game is incredibly simple and if you have seen games made in the Unity engine before then you will be greeted with more of the same. I will say however that some of the locales have a lot of personality with the colours of the environment matching their respective themes in a pleasing manner. Otherwise the landscapes and Bob himself are awash with muted white contrast and not much else. The soundtrack Is the star of the show, it is comedically effective with an epic soundscape overarching the utter futility of your moments on screen, I just wish there was more of the music as there are extended periods of silence which can often feel deafening in the time it takes to get to the next cue. In general, Human: Fall Flat unfortunately is not that interesting and lacks the charm of other titles in the wobbly physics genre.

Human: Fall Flat
5 Overall
Pros
+ Some fun cooperative puzzles + Plenty of environmental toys to play with + The soundtrack is suitably comedic
Cons
- Not much fun to play alone - If this had normal controls, then this would be considered easy and bland - Far more fun to watch than to play.
Summary
Human: Fall Flat has some good moments but it is let down by its own premise. Wonky controls become a nagging frustration and there is little reward for playing alone. Add a second player and things get more interesting. This is best picked up if you are a budding streamer or fancy some couch coop. Otherwise, like the title suggests, it just falls flat.