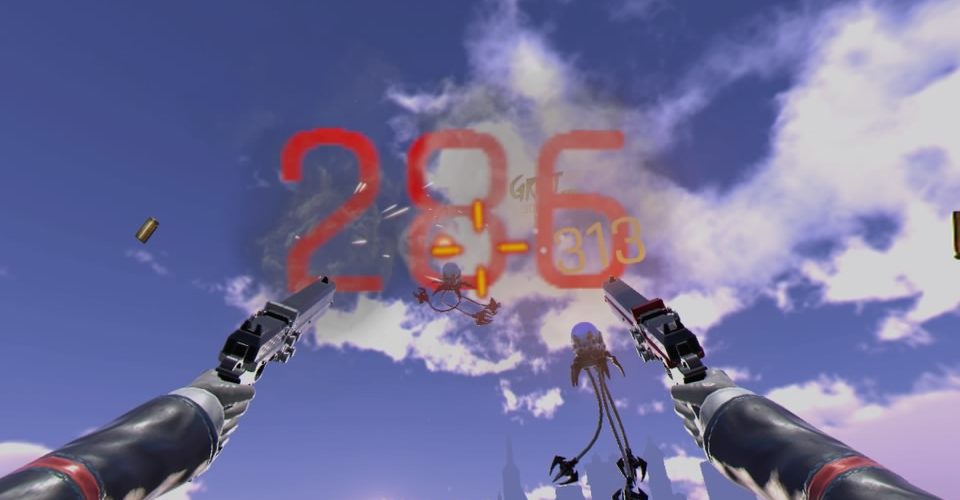 GUNGRAVE VR has just released for PSVR. GUNGRAVE VR U.N has also released (read the review here) and you can buy both with the GUNGRAVE VR: Loaded Coffin Edition bundle. Based on the anime and using the PS2 titles as a framework this is another shooting game for VR, though this one is slightly different. 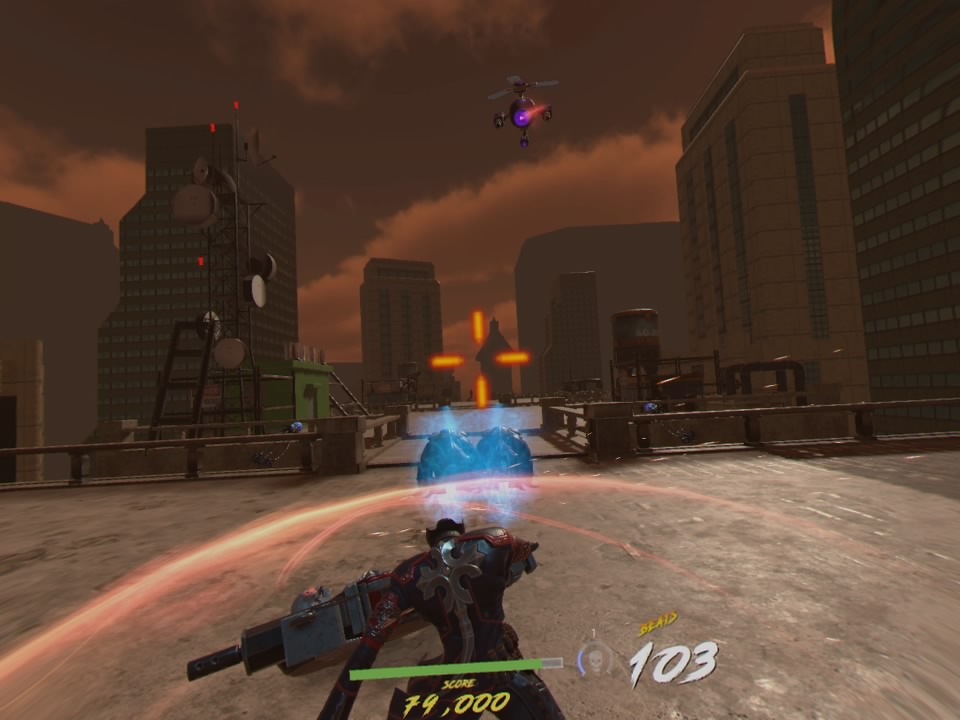 You play as Grave and there is a brief narrated story at the beginning which mentions something about SEED but it is never touched upon again. I haven’t seen the anime so I don’t know if it follows the story or if the enemies you fight are from the anime or not, but the game doesn’t dwell on them too much. You have someone talking in your ear the whole game but they don’t offer much context either. It very much feels like an arcade game as you jump from level to level with a boss at the end of each.

The majority of the levels put you in third person, controlling Grave as enemies jump out in front of you. You can run around using the Dualshock, dodge in any direction and shoot, aiming with your head rather than with an analogue stick. If you need to turn the camera then you use the right analogue, but you can only move it in tiny increments and there are no options to change it. It’s also very slow making it incredibly cumbersome and best avoided.

Each enemy takes multiple hits and you can hold down the trigger to get a string of shots out but you have to be careful of overheating, tapping

will cool your guns whilst stopping you from shooting for a brief moment. If enemies get too close you have a melee attack which can also bat rockets back at your attackers. You can also activate Reaper Time for a short time which is Bullet Time, slowing down the action. Build up enough ‘Beats’ and you can perform some special attacks. Either a Demolition Chaos Shot which puts you in first person and fires a stream of stronger bullets whilst also activating slow-mo or Demolition Death Aura which is more of an area of effect attack. 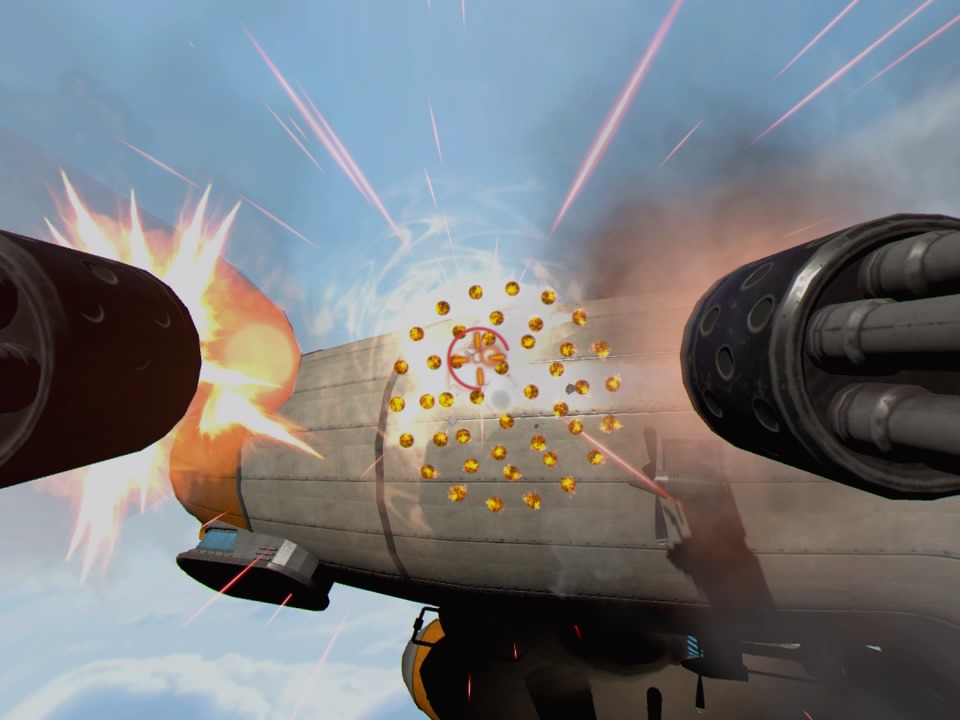 There are a couple of stages that aren’t third person. These either put you in first person and root you to the spot, so you just have to shoot enemies as they pop up like an old school light gun game or later on you are on a hover bike of sorts and can strafe around in mid air whilst in first person. You still have access to most of your attacks in these modes but if anything they bring the technical limitations of the game to the fore. Enemies often simply appear, they don’t come out from behind something or materialise with an effect, just one second nothing is there and the next the character model is there. You can’t attack them until they activate either which would be fine except for every wasted shot is heating up your guns.

That’s the overwhelming feeling of the game, that it’s a little cheap. It’s not ugly to look at but the animations are stiff and out of date, things pop up out of nowhere, the screen fills with explosions and muzzle flash obscuring your vision and, probably most alarmingly, you can finish it in about an hour. There are multiple difficulties and you get ranked on your score so if you end up going for SS ranks you may have to repeat levels a few times but within an hour you’ll have seen all the levels and a ‘To be continued in GUNGRAVE VR U.N’ ending. 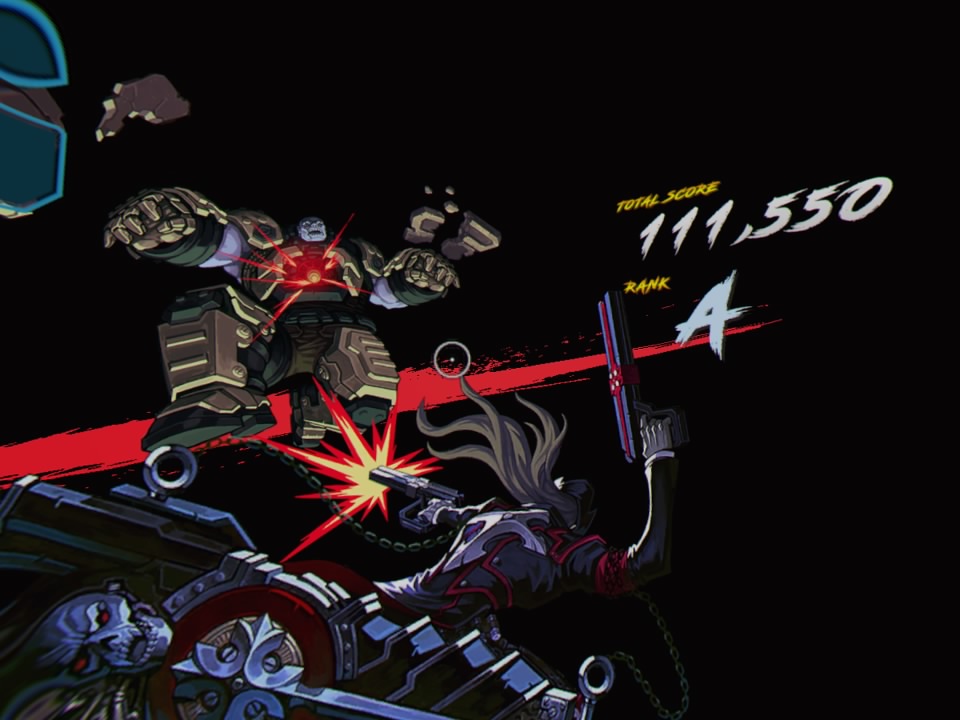 Like I said earlier, GUNGRAVE VR feels like an arcade game. The third person perspective sections are a little stiff and the whole thing feels outdated but you can have a brief amount of fun with it. The price is a little high for the time it’ll take to get through and whether it needs to be in VR is another debate but fans of the PS2 games or the anime could probably get some enjoyment out of this.

GUNGRAVE VR
5 Overall
Pros
+ Feels quite arcadey
+ Score chasing gives a reason to replay
Cons
- Too short
- Feels old fashioned
- Third person controls aren't great
Summary
GUNGRAVE VR offers a short, outdated shooter that doesn't gain much from being in VR. There is a little arcade fun to be had but the price is far too high for what's on offer.