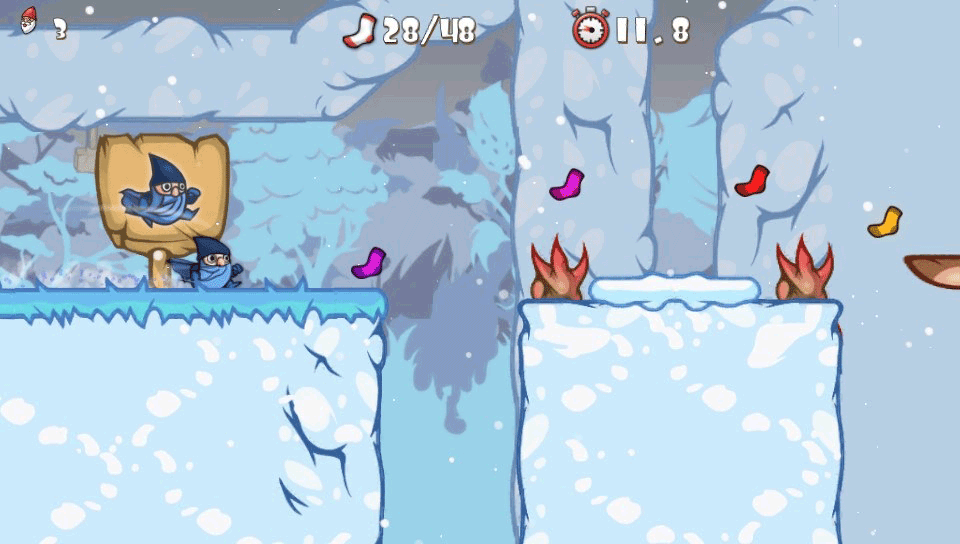 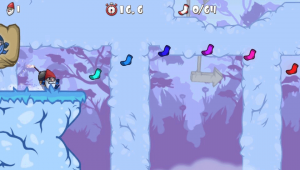 Coming from Qubic Games, the same people who made the rather excellent Air Race Speed Geki Yabba Runner is, as the title suggests, a runner.  Playing as a gnome the plot, for what it’s worth, revolves around collecting magic socks and saving princesses.

Geki Yaba Runner has previously been available on the Nintendo eshop and on mobile phones so  it is clearly a very mobile friendly game.  The Vita then seems like a decent platform for it, with its lovely big screen.  Given this heritage and low price point it was clear this is going for the more casual market, and there is nothing wrong with that.

As a runner the player has very limited control over the action.  Each level plays out with a little gnome running to the right at frankly a rather alarming pelt.  Control was limited to a jump button which if held down also turned into a glide.  Once in the air it was down to momentum and angle as to where I would land.  It starts off that simple.  Later levels though add some different skills to the gnomes, such as the ability to head charge objects or float faster, and all of these new skills are essential to finishing the levels.  These small additions stack together and later levels are staggeringly difficult when all the skills need to be used in perfect combination.

Geki Yaba Runner prides itself on being a difficult runner, and I can attest to that. Things start off deceptively simple with a couple of tutorial missions but that difficulty comes in quick and remorselessly.  As with other runner games sometimes it can feel unfair in the level of accuracy demanded in some of the jumps, and this game takes that difficulty to the ultimate level here. 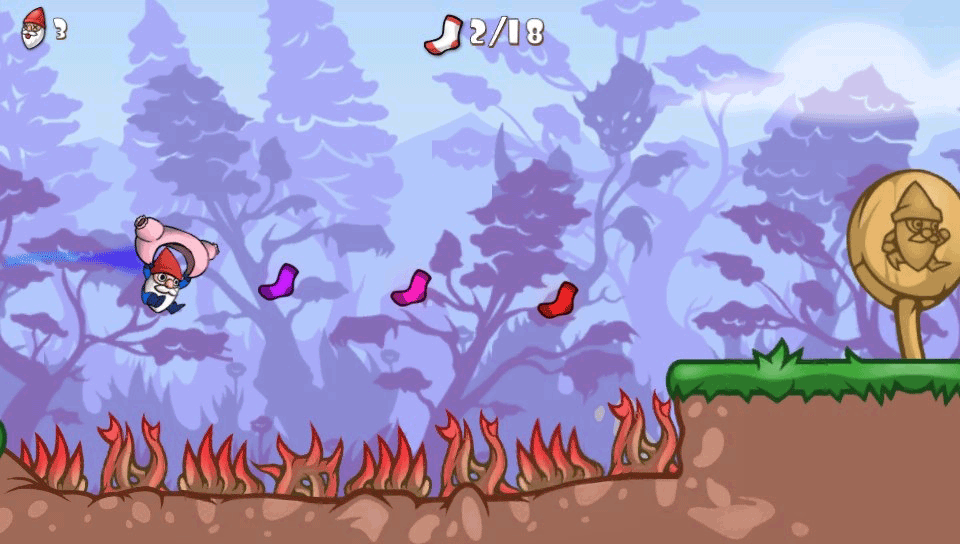 Happily though restarts are instantaneous and checkpoints pretty regular.  This means that for every death I experienced I was able to get straight back into the action with nary a wait.

With over one hundred levels the game has a lot to offer although the general jist of the game never varies.  Basically each level is the same, run and jump to avoid spikes and collect socks.  Given this it was hard to keep track of where I was up to progression wise.  It was therefore down to the world map on the title screen for seeing how far I’d come.  The levels are themed slightly which helps to give some kind of progression to the game, but realistically it is the same experience from start to finish.

Graphically things look nice with a clear 2D style.  Things are very crisp and collision detection is spot on which is essential for this kind of game.  With a lot of pixel perfect jumping needed, it would have ruined the game if the controls weren’t perfect.  The game goes for a cutesy fantasy style with castles and forests, it’s all consistent and perfectly serviceable.

As a runner there are collectibles within each level.  In Geki Yaba Runner these collectibles are socks, with rare golden socks also sometimes being hidden.  I’ve no idea why it’s socks but why the hell not.  Each level needs a certain amount of socks to be collected before the next level will open.  If a second criteria is also met, such as a time limit or collecting all the socks, then a golden cup is awarded.  This two tired reward is mainly for the completionist but also adds some replay value. 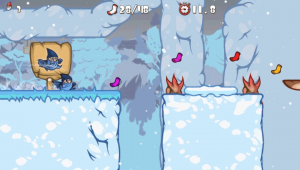 Geki Yabba Runner
7 Overall
Pros
+ Overall a well put together runner + Accurate controls + Loads of levels with replay value in the form of collectibles
Cons
- Frustratingly difficult - Literally just a runner - The levels can feel a little samey
Summary
Geki Yabba Runner is a perfectly serviceable runner for the Vita. It has over a hundred levels and offers a ridiculous level of difficulty too. It's presented really well and offers a decent overall package. For a quick blast every now and again Geki Yabba Runner is a lot of fun.