Here we are then. After five episodes of varying quality and length, we reach the end of Big Bad Wolf’s The Council in the form of Episode 5: Checkmate.

While this is a review of Episode 5, it’s best that we view it in the wider context of the whole series. Episode 1 hit in March this year bringing with it the promise of a branching storyline and unlike the well trodden Telltale template, genuine consequences for your actions. Both in your interactions with the various factions at play and your physical appearance. 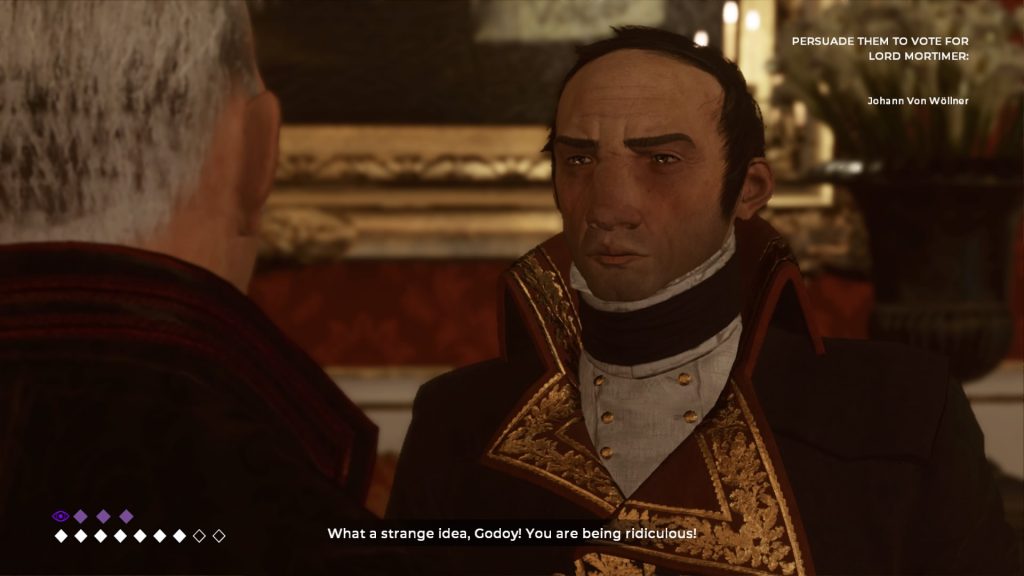 Uniquely, your choices carried through each successive episode as they hit every couple of months. There have been missteps along the way, sure. Just as the plot has lurched from what appeared to be dry geopolitical negotiations on one hand, to the outright craziness that ensued at the end of episode 3 and beyond.

Your prowess throughout each episode had a direct bearing on your interactions and abilities to come out of various situations unscathed, or in the case of one notable example very much worse for wear. Never mind events early on that make you wonder what the heck you were doing in light of subsequent plot revelations. 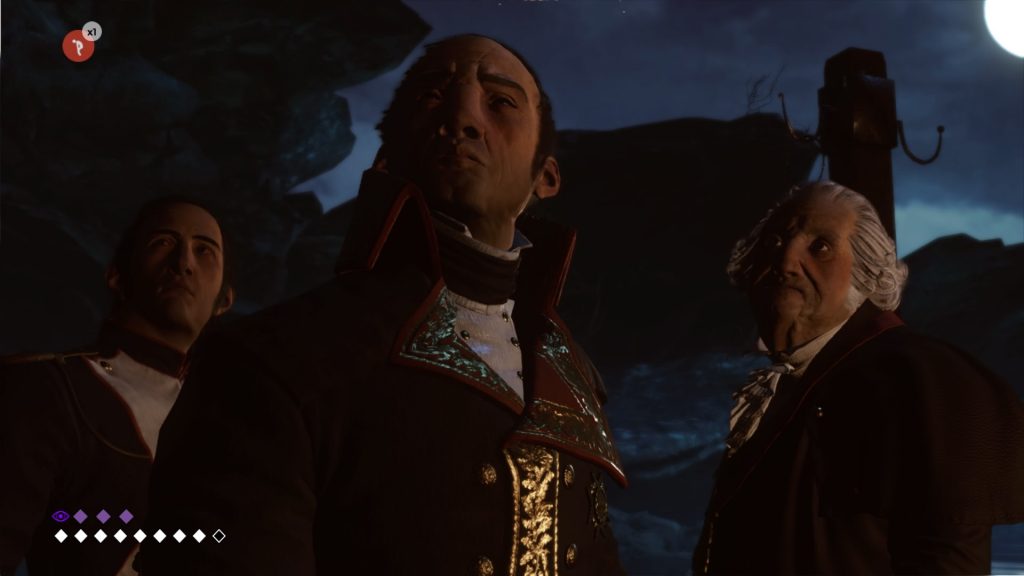 Checkmate is broken down into three distinct chapters, we’d finished one before having to put our review on hold due to a UI issue that prevented us continuing any further with our main save. Thankfully a chapter select on a brand new save let us continue. Hopefully a patch is forthcoming that’ll let us resume with our mutilated Louis De Richet (and more importantly get the trophy for reaching level 15) as our fresh faced iteration bore no scars from our previous hamfisted efforts at diplomacy. Never mind we only managed to get to level 12 from a baseline of level 10 at the outset as opposed to level 14 on our main save. 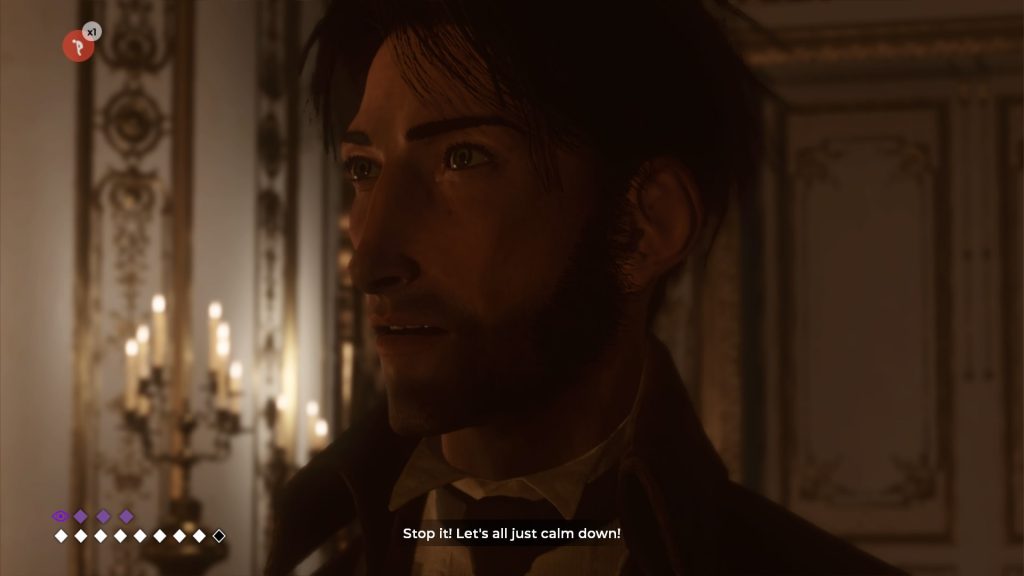 Chapter fourteen focuses generally on diplomatic negotiations as you try to tip the balance of power towards one particular adversary over another. On our main save we managed to persuade everyone to vote in favour of one outcome, due to our previous relationships.

On our alternate save we had none of the benefit of prior negotiations to fall back on, so one notable confrontation with someone we thought of as an ally was over before it even started ’cause they hated us on sight. When it came to the vote, the storyline lurched to the same conclusion which somewhat shattered the illusion of player agency we’d carefully built up over the previous four episodes. A disappointing moment showing the framework of the game was going the way the writers intended, regardless of our input. 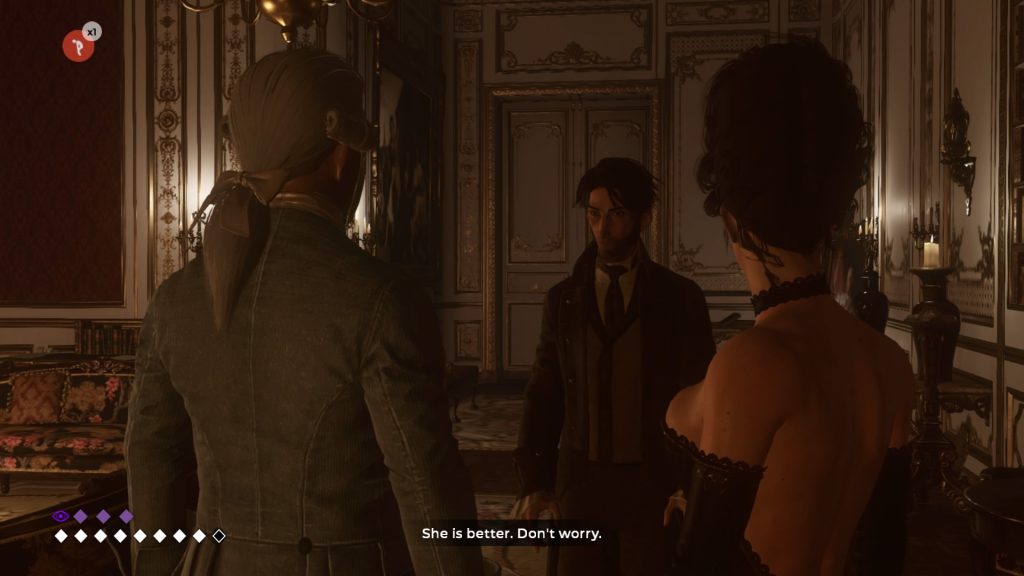 Chapter fifteen featured what was probably the most challenging logic puzzle of the game so far, annoyingly the UI issue we mentioned earlier was where we came unstuck on our main save. The game was lacking this sort of logic and deductive reasoning for most of the previous episodes, so it’s a bit of a shame the developers saw fit not to pepper the storyline with more of this sort of thing. Followed up by another nice set piece, the mid-section of Checkmate was the strongest component.

The climax of the story was fairly conclusive given how events unfolded, we can’t say too much as it was along the lines of Darth Vader turning out to be your old man in terms of the sheer not seeing that coming factor.

The ending could well leave things open for another season, but we’ve a feeling that we’re more likely to see the same engine power a different adventure game. Give us a game based on the Cthulhu mythos with this engine and it’d be one we’d certainly be interested in. 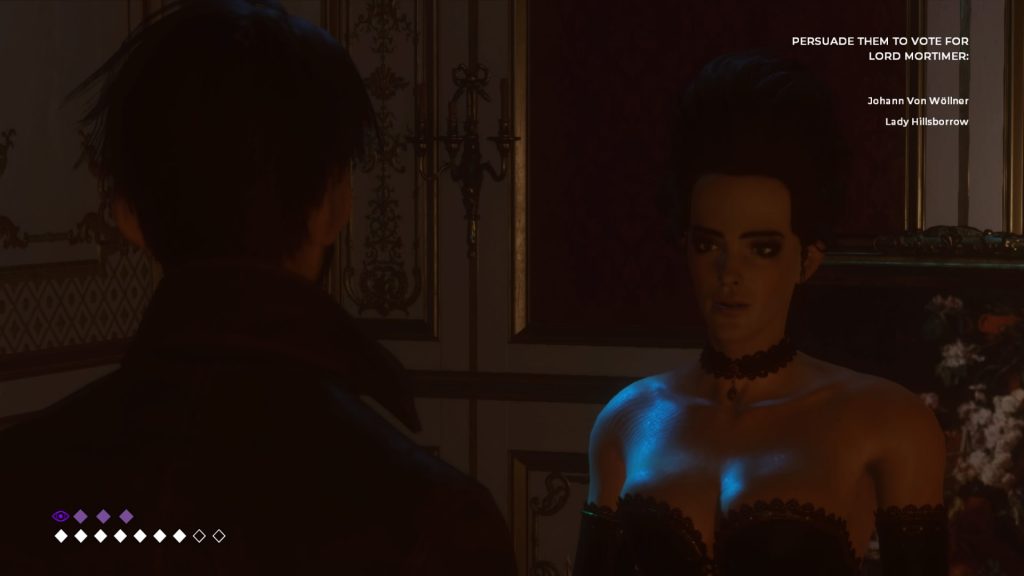 If you’re coming to this game late, we can recommend the season pass, better yet if you see it on sale grab it pronto. It’s not exactly bad value to begin with, moreso if you can get it for less than the usual price.

All in all, Checkmate is a good conclusion to a well done branching adventure game. Our perennial criticism of the scary waxworks feeling we get persists, as does the occasionally exposition heavy dialogue. The final chapter gallops on a little quicker than we’d like, but given the plotlines coming to a close, it was always going to be over quite quickly.