Our Finish friends, Ratalaika Games, are back with any cross-buy, easy platinum offering title.  While that part of a Ratalaika joint is very predictable, you can never predict what type of game they publish next and Access Denied is yet another departure.  Developed by Russian coders Stately Snail, this is a pure puzzle game where the point of each of the game’s 36 levels presents you with a machine with various buttons, switches and dials and, if you’re lucky, a visual clue.  With that you need to figure out the right configuration of those elements to solve the puzzle and move onto the next level.

The first few levels are pretty straightforward but before long you’ll face a puzzle where the solution isn’t so obvious.  You can rotate the puzzle around and zoom in, while your cursor slightly highlights green over an element you can interact with and, on some puzzles, you’ll really need to spend some time figuring things out.   There’s not much to the controls, no clever use of the touch pad or anything requiring analogue inputs, but the simplicity of the interface means that you can just focus on the puzzles. 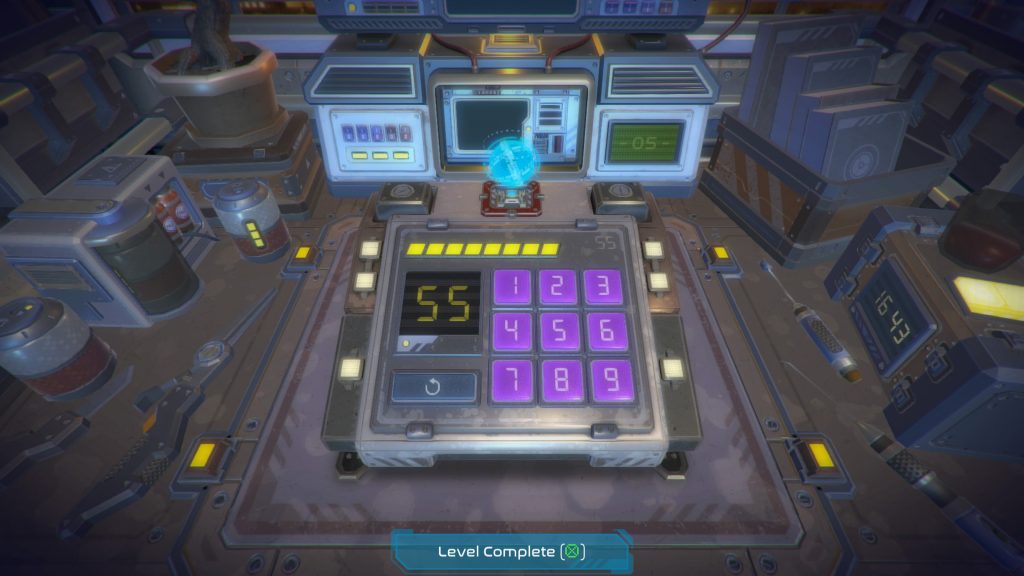 For the most part the puzzles are fairly smartly designed.  We resorted to searching for a solution a handful of times and those levels were mainly down to the lack of any kind of information ahead of you such as a level which is just a series of yellow buttons that are paired up in a way that only a lot of trial and error will identify.  Another level glitched out on us too, failing to recognise the correct solution and ultimately forcing us to restart the console.  It was only a minor hiccup though and aside from that the game held together pretty well.

The puzzles can be a little obscure for sure but there are some interesting ones and while it’s not exactly The Witness, that feeling of smug smartness does give you enough of an endorphin hit to make you want to see what the next one has to offer. 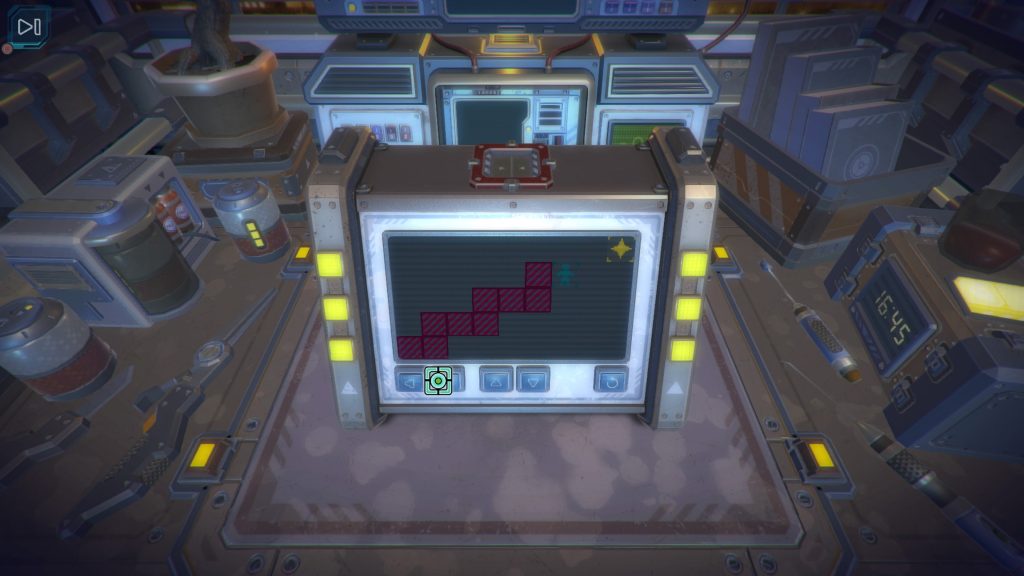 The majority of the puzzles on offer are quite satisfying and while the game’s short life is an issue, there’s only so much of this sort of thing you can play before it gets boring.  The game’s cheap price point makes it just about fair enough too.  That said, the puzzles aren’t all unique with various mechanisms all returning throughout the game and while the solutions are always different, it does feel that the developers have only put in the minimum effort beyond making this a capable game.

This is especially true of the presentation.  Visually the game is pretty ordinary, with a stark looking workshop acting as the backdrop for all of the 36 levels with a window in the background showing a lot of rain.  The rain makes up the majority of the game’s sound output too.  We’ve only just reviewed a bit of a Portal rip off in ChromaGun VR but maybe a bit of a comedy voice over would have been nice.  In the end the visuals and the sound effects just feel like enough to be competent but they don’t do anything to wow the player. 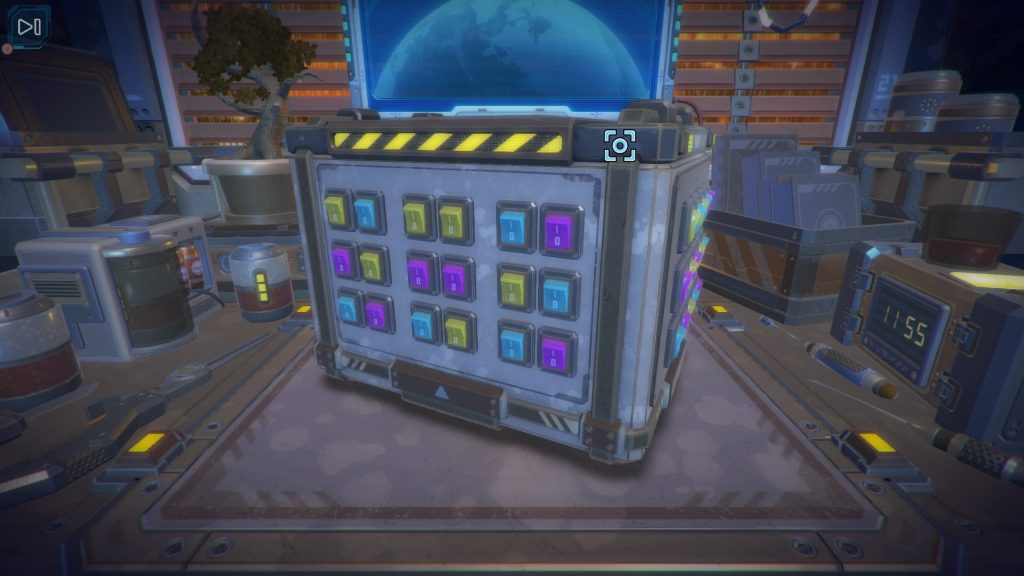 Unlike other Ratalaika games, this one actually requires you to finish it for the platinum trophy and if you can stay disciplined and only look up a solution when you’re truly stuck then there is a little bit of a challenge to the game.  Of course you can just go on YouTube and rinse the trophies for a cheap and dirty max but you’re only robbing yourself.  The cross buy feature however is purely there for the trophy whores because once you’ve beaten the game on one format, the second max is a formality.

Ultimately, Access Denied is fairly simplistic in all elements but it does offer a quick and accessible puzzle game that won’t make any headlines but it might earn itself a few fans all the same.

Access Denied
6 Overall
Pros
+ Most of the puzzles are good
+ Cheap
+ Cross-buy (albeit it a pointless feature)
Cons
- Very simple presentation
- 36 levels might not be enough for some
Summary
Access Denied is a unfussy puzzle game that offers some satisfying puzzles but may be too simplistic for many gamers.