We’ve all fished in a game at some point but this is my first foray into a dedicated fishing simulator. Fishing Planet has been a fairly accomplished free-to-play effort that’s found a home on the Playstation Store for the past couple of years. Now the powers that be have decided to deliver a retail version with some exclusive content and four DLC packs. Sort of. 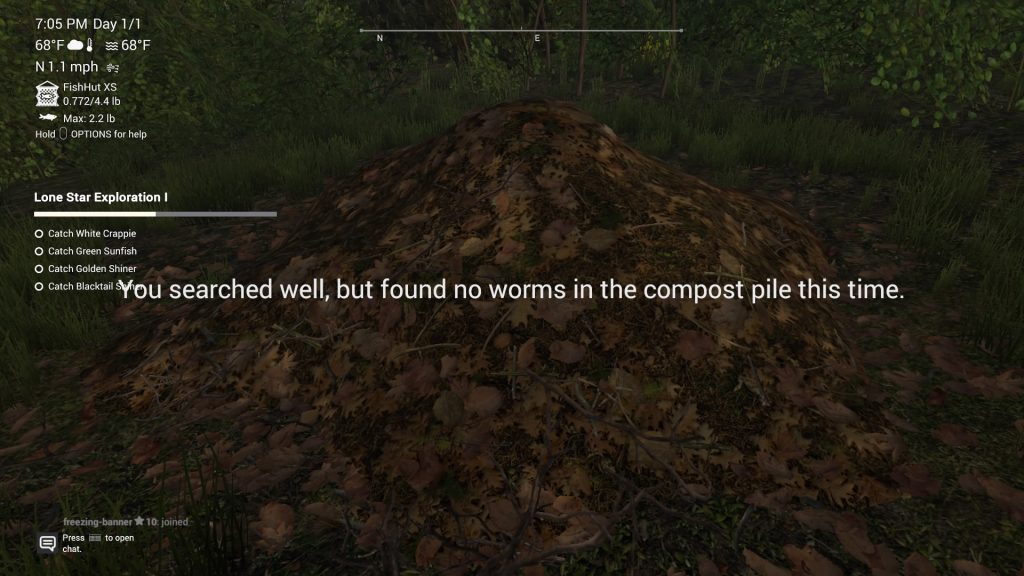 Licenses are handled differently with fishing in a locale granted indefinitely once you’ve purchased a license to fish there. The free-to-play model handles this by time. Also, you do technically have access to four of the major DLC packs. This content is still gated by bait coins. This is the premium currency which drops as you complete trips, missions and challenges. It comes to you slowly and can be exchanged to purchase the DLC packs at between 1200 or 2000 a pop. Having these immediately available would’ve made this product a lot more justifiable. There are some balances to the economy with travel costs but series veterans will have to consider if this package is worth paying for.

As a fishing simulator, The Fisherman – Fishing Planet builds upon the previous title. Time out on the water is relaxing as you set your equipment up and then cast until dawn. Your rod controls well and newbies have plenty of feedback on hand. Just pick a spot, wait and then strike when the bite hits. The waiting so much associated with the sport is still there but it’s a much more streamlined experience than the real thing. Fish, in certain lakes especially, are plentiful and the real challenge comes from trophy catches. You have a lot of control over your retrieve and it can feel quite tactile as you reel in with the triggers. It’s satisfying and offers a relaxing time. 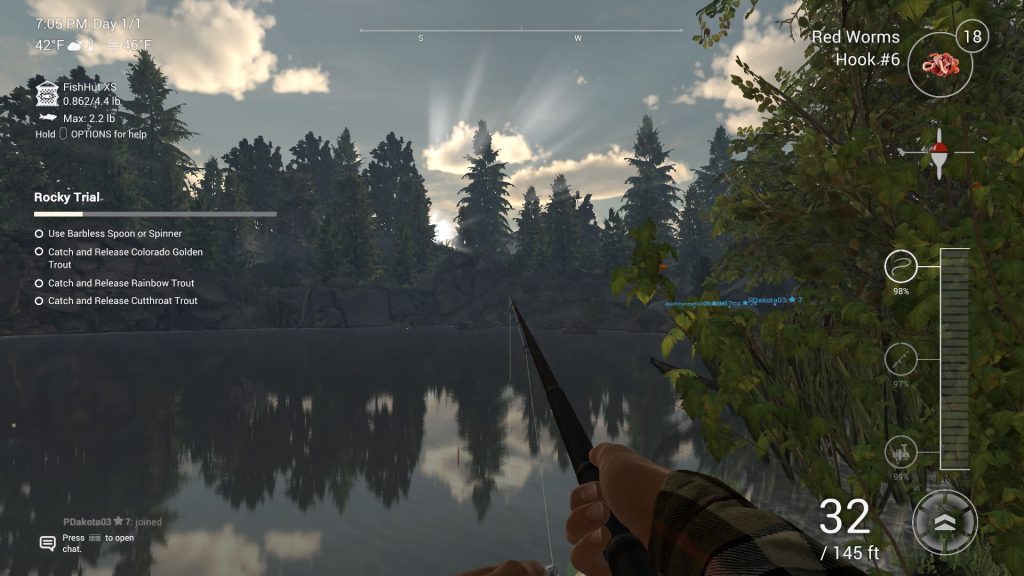 Newcomers are still left to fend for themselves. There’s lengthy tutorial missions available but they lack a little context. When it teaches you new fishing techniques, it’s fairly straight-forward but building rods lacks more nuance. You go to the shop, buy the items you’re told and then fit them together. As soon as I was left to my own devices, I was snapping lures, breaking lines and wondering why. Thankfully, there’s a productive community with plenty of guides but requiring this outside help is a shame. A gentler, more informative ramp would’ve been appreciated.

Guidance is good when learning about species and how best to fish for them. Items in the store come with detailed descriptions and each fish type comes with a list of effective bait, details on their size and behaviours. There’s plenty to catch and it can make hooking something specific or unique satisfying. Preparation is key and, at least here, you’re pointed in the right direction.

The missions you undertake will often task you with catching certain fish or setting up certain rods. It can become repetitive but some challenges can flow quickly to the next one and you do find yourself rewarded well with money and experience points. The former can be used to buy more equipment whilst the latter can help open up new areas to explore. I’ve not seen funding to be a problem with some early fisheries costing a pittance to visit. You can definitely spend unwisely but I’ve not found myself in the red yet. 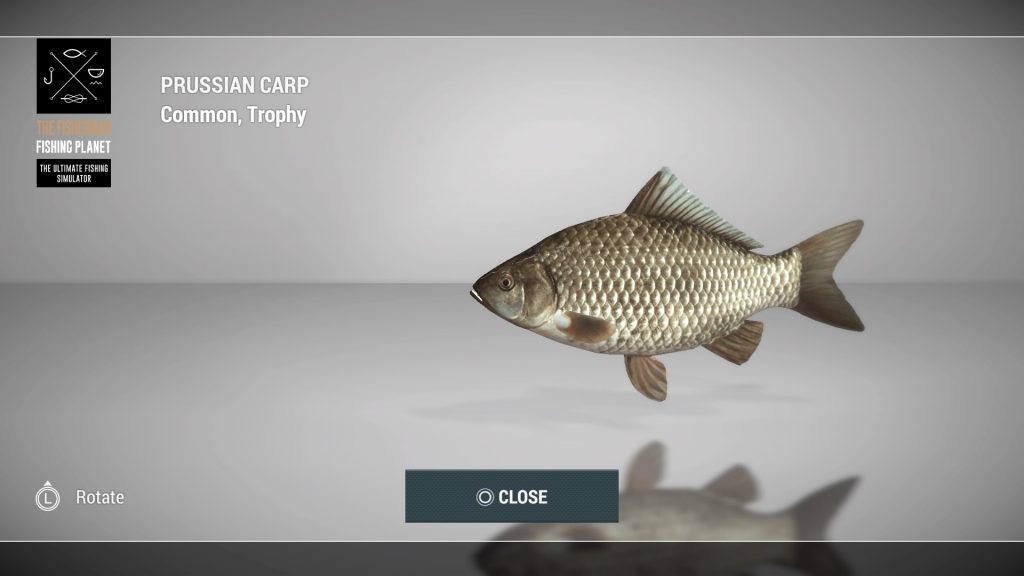 The globe is nicely covered with lake and river fishing taking up a lot of your time. The world is nice to look at with some misty lakes looking wonderful in the early morning. There is some dynamic weather advertised but I’ve yet to see fishing in anything other than perfect daylight. There’s some lovely details like fish breaking the waterline, insects landing on your rod and a general sense that you’re in a living place. Sound does well to convey that with some serene birdsong and a gentle atmosphere. It does hitch in places but has largely held itself together.

If anything truly frustrates, it’s the menu interface. It’s a messy control scheme that’s transitioned poorly from PC to console. You use a rather unwieldy combination of sticks and shoulder buttons to find what you’re after. Prompts can only help so much with what is a clumsy solution. Unfortunately, it’s something you have to get accustomed to as you visit the menus to change equipment, shop or begin a trip. 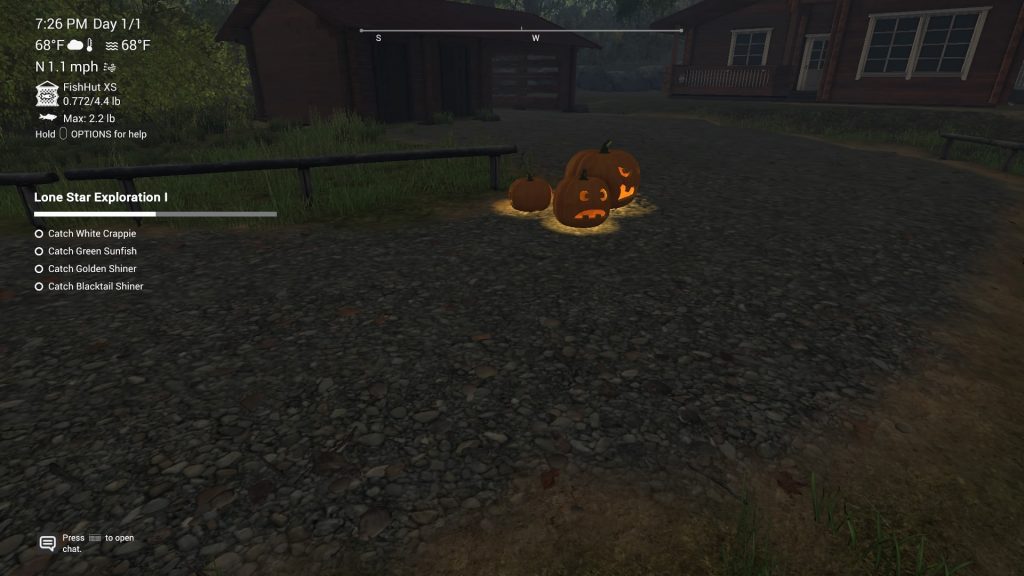 The online aspects help make the locations feel active. You join random servers by default with fellow players dropping in and out as they see fit. It’s quaint and nice to see others fishing beside you and I love seeing my attention being taken away when someone starts reeling in a big catch. I would’ve liked to have seen some voice chat but it certainly would’ve taken away the atmosphere of Fishing Planet: The Fisherman. There’s live events and this release has been helpfully timed around their Halloween festivities. Seeing this supported will give players something else to do, besides what’s in the box. Finally, you can take part in competitions as a way to test your skills and boost your bank balance.

There’s a lot on the table for The Fisherman – Fishing Planet. There’s plenty to see and do and the act of fishing is enjoyable. Suffering through the menus is a clumsy exercise and newcomers can feel a little left behind but I do find a competent simulation here for anyone willing invest the time and money for it.

The Fisherman - Fishing Planet
6 Overall
Pros
+ A comprehensive fishing simulation with lots of depth.
+ Plenty of content to enjoy.
+ A relaxing, no-pressure atmosphere.
+ A more balanced economy than the free-to-play equivalent.
Cons
- A price tag that veterans may find hard to justify.
- Newcomers lack some guidance in key areas.
- Visuals do occasionally hitch.
- Clumsy menu controls.
- Accessing the remaining DLC packs requires a lot of grind.
Summary
Whether The Fisherman – Fishing Planet is worth your money over the free-to-play effort is something that will vary from person to person. There is a comprehensive fishing simulation on offer here but it's saddled by a confusing menu interface and isn't hugely accommodating for new players. It's rich in content with a relaxed atmosphere and plenty of depth. Hopefully, with time, the price tag starts to justify itself.