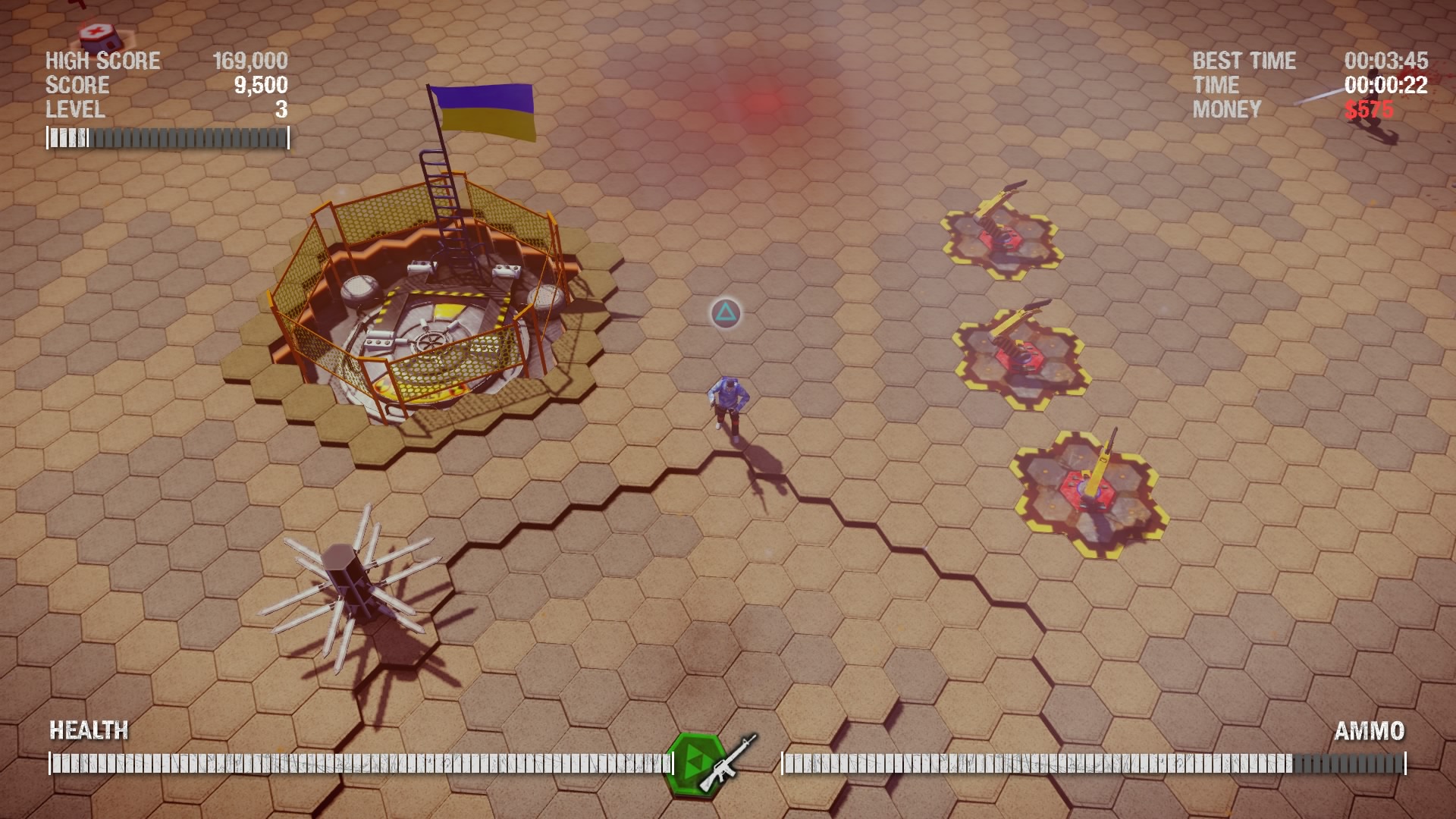 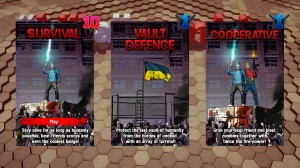 We rather like #killallzombies, as uncelebrated as it is.  The recent update added a few new weapons and perks but what we really wanted was those two gameplay modes that were sat there on the main menu but unaccessable since launch.  Well finally Beatshapers have released update 1.03 and yes, those modes are here. First up is the Vault Defence mode which keeps the same twin-stick shooting gameplay but now has you defending a base.  As you kill the undead, you’ll earn cash which you can spend on turrets to aid you in your mission.

This mode is really good fun but as with the main game, it does quickly fall victim to some pretty savage difficulty spikes.  Despite having decent weapons and a good run on perks, I’ve still not taken it past ten minutes.  It is fun but much like a game of Tetris, eventually the pace of it (in so far as how quickly enemies spawn) provides far too stiff a barrier to entry.

Additional progress and success may be possible via the game’s excellent Twitch integration (viewers can enter chat commands to help or hinder you) but getting an audience these days isn’t that easy. 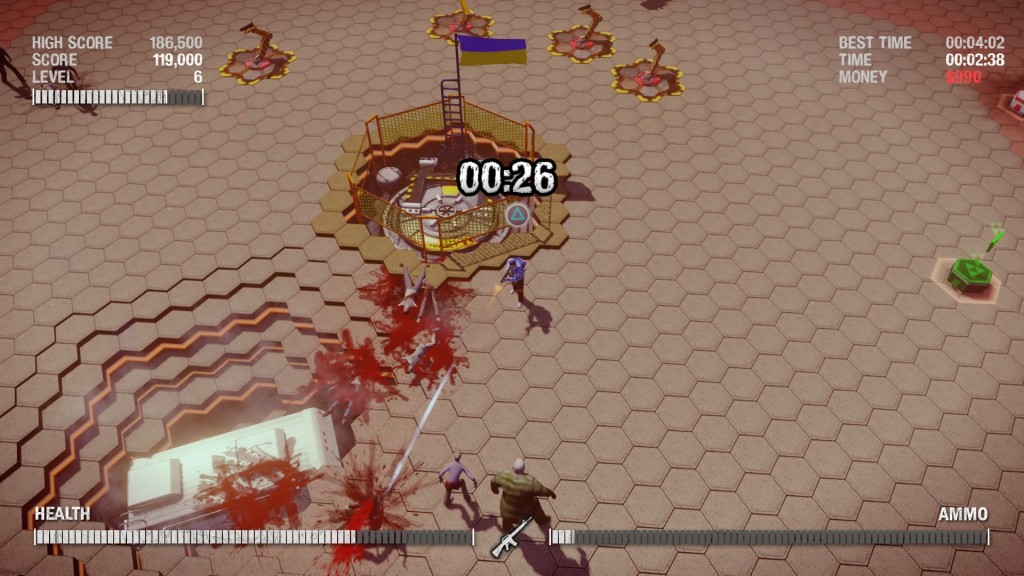 Base Defence mode is pretty exciting but soon gets ridiculously tough.

The other new mode is Cooperative Mode which, as you’d expect, lets you pair up with another player.  It is local co-op only (although Share Play is supported) but if you were thinking that this would finally let you get those harder trophies (currently only three people in the world have managed to 100% the game) then you’re out of luck as this mode does increase the offence substantially.  That said, it is good fun and a worthy addition to an excellent game. 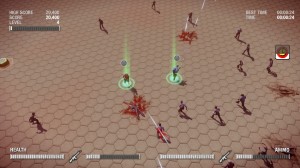 If you’ve not played the game already, it is certainly worth a go and if you’re looking for a reason to load it up again, you’ve finally got one.