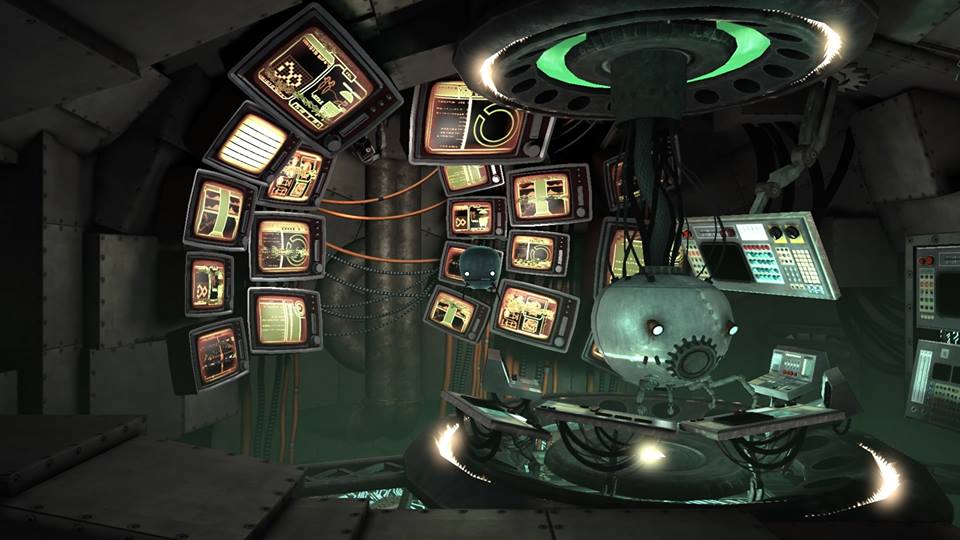 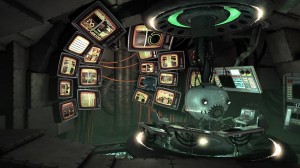 Short games are awesome. There is something about the ability to flit between experiences that I really enjoy. Whether it be to play a couple of short-lived existences on Rogue Legacy, try to beat someone’s score in Geometry Wars 3 or just pottering about in the user created levels of LittleBigPlanet, I genuinely appreciate it when a game does not overstay it’s welcome or demand too much attention to enjoy. Enter Unmechanical: Extended Edition. An incredibly short-lived puzzler that dabbles with neat ideas that don’t get too much screen time that it gets tiring.

You play as a small helicopter-hatted robot who has fallen into a cavern and needs to find its way out. To get itself out of the predicament he has to solve various puzzles as he travels from the initial caverns to a factory that rests on the surface of whichever planet he is on. The story is completely silent so at this point everything is up to you to figure out. If there were spoken dialogue or text then it wouldn’t have much to say, any interaction with other characters is fleeting if barely existent in the first place.

The gameplay of Unmechanical is wonderfully simple. You only have two things to do and that is float and pick things up with your short range tractor beam. Floating is the your chief mode of transport around the beautifully realized settings and sucking things up with your tractor beam is your key to completing almost every puzzle in the game. Despite this seeming lack of variety the level design more than makes up for it. The puzzles themselves are at some points are incredibly simple although some curve balls do get thrown at you in the form of the odd lazer/mirror combinations or memory tests. It never got to the point where I had to look up a strategy guide and I never realized that there was a hint system until I had received a trophy for completing the game without using it. I wouldn’t write this game off for being overly easy though, it makes for some relaxing gameplay. 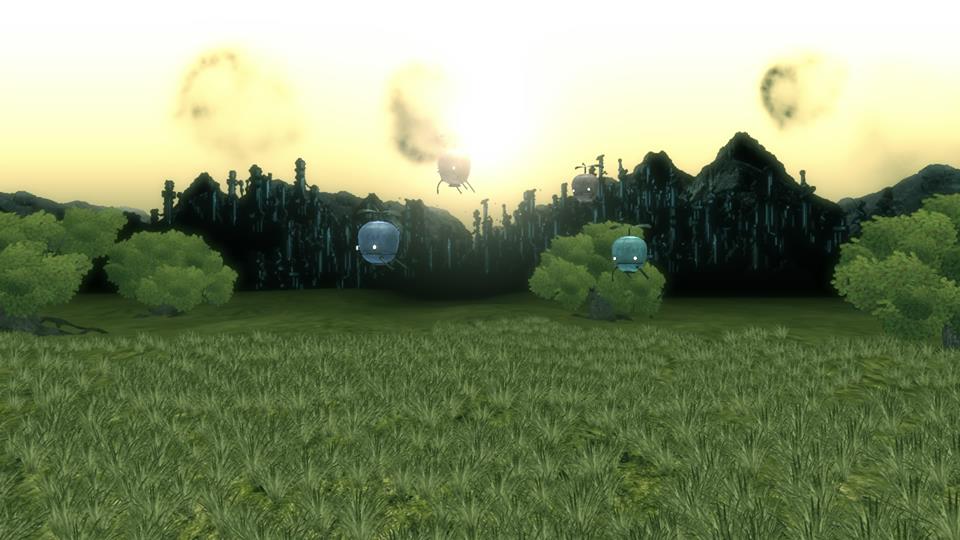 There are a couple of things that let down the experience, on more than one occasion I encountered frame rate stutter which really does not belong in a game which has such little going on. The soundtrack is also incredibly sparse and minimalist, while it is fitting in a way it just goes some way to add to the forgettable nature of the game. Also the saving system is a little over enthusiastic. I didn’t mind as such but I thought it would be worth a mention to anyone hunting trophies while playing this. The game will save after every minor modicum of progress, so if you were to progress on from a puzzle that had special requirements for a trophy then you would need to replay the whole game to be able to reattempt the trophy. Although at 2 hours long on my first playthrough this would not necessarily bother some. 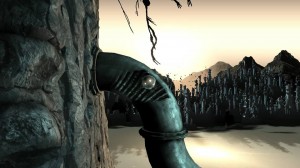 As this is a PSN version of a game that has been released for some time on Steam and other formats it has been boosted some by a side campaign, one that allows the developers to put the word “extended” in the title. This expansion of sorts sends you through similar terrain and puzzling elements but features a cute baby version of the robot you play as as you work together to escape the factory. It adds another 30-40 minutes worth of gameplay so it is substantial enough to add to the package.

Unmechanical: Extended
7 Overall
Pros
+ A good palette cleanser amongst all of the longer titles out there. + Charming characters and well designed levels + Puzzles challenge but don't get frustrating.
Cons
- At only 2 hours long, this may be too short to invest in. - The frame rate drops really ruin the feel. - Incredibly forgettable and replayability is non existent when the trophies are popped.
Summary
Unmechanical ticks a lot of the right indie boxes. Some will treat it as an artistic puzzler, others will appreciate it's mute storyline and cute character design whereas I appreciate it's short and sweet life cycle. As playable and interesting as it is forgettable.  I enjoyed my time with it.