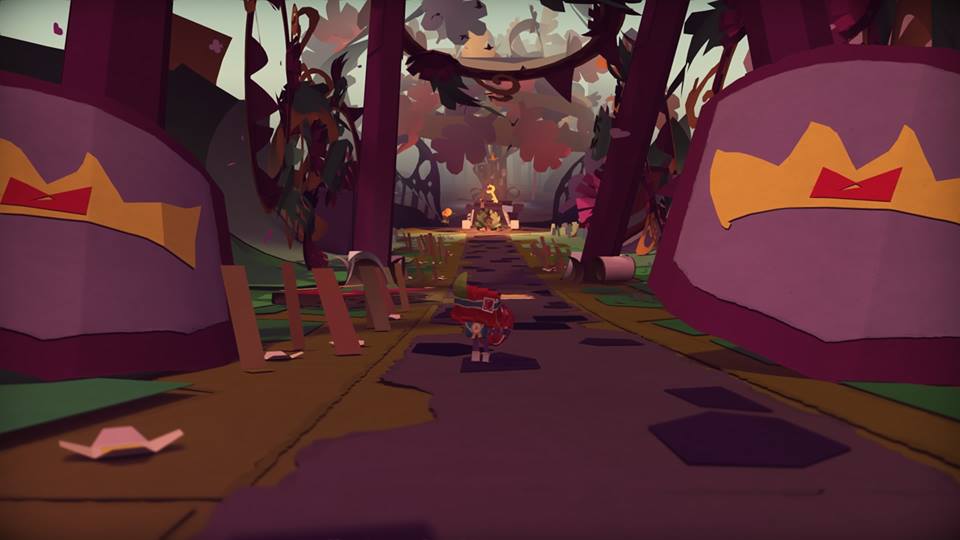 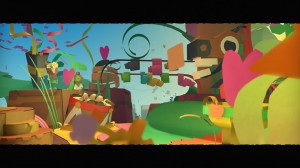 It is a rare occurrence when you find that game, that one title that really shows what a console can do and takes that systems features and demonstrates the full capabilities of the hardware. The original version of Tearaway on the Playstation Vita was one of those games. Not only did it hark back to the days of Parappa the Rapper and Vib Ribbon which were testament to the creativity of the original Playstation and the generally barmy concepts that they represented, but also because it took every single feature of the console and worked it into the gameplay in ways that were incredibly inventive and unprecedented.

A lot of the worry with Tearaway Unfolded (which is a sort of rerelease, sort of not,) is that the innovative gameplay and features from the Vita would not make the translation to the PS4 Dualshock controller. I can quite honestly say that this concern was futile. Media Molecule, the team behind LittleBigPlanet have managed to take all of the inventiveness of the handheld original and have made it work exceedingly well with the PS4 Dualshock, all of the gameplay from the original that would have used aspects of the vita like the back touchpad, microphone and front facing camera have been retooled and remixed to suit the new control style.

One of the major features that was lost in the translation from Vita to the PS4 is the use of the front camera from the handheld. In the original game this allowed you to be an imprint on the world itself by having your face in the sun, having you as a constant presence in the world as that eye in the sky. Camera features are still included in the game, however this time you have to use either the Playstation Camera that nobody bought or you can opt for the more accessible option by using the Playstation companion app for the PS4 to use your phone as a second screen. Where this would have been a minus for me originally the app works incredibly quickly and well to integrate with the game and you can also import photographs from your camera roll to add extra flare. 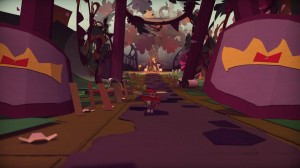 As before in the Vita game, crafting is a big mechanic used to solve puzzles and character issues and wants. Every now and then during a conversation or mechanic you are greeted with a cutting board for which you can draw a shape on the touchpad and it b
ecomes a papercraft creation of your own. A classic, simple example of this comes from a Squirrel you meet early on in the game. He has proclaimed himself king of the squirrels but he requires a crown to feel validated, so you create him your own. Even if you are haphazard in your approach to the creative aspects of the game you are not penalised for being so. Making it a fun addition to the game, especially when you start seeing your creation start popping up in other parts of the game as you explore on. It really feels like you are making a mark on this world, even if that mark is a yellow splodge monstrosity.

The story of Tearaway is simplicity itself. You guide a messenger, portrayed as an envelope on legs, on their journey to deliver a message to you, the player. The storyline itself is somewhat scarce with light exposition given by two ominous figures that inform the player of areas and hazards ahead, but this scarcity is as much the games strength as its weakness. It allows you and the messenger to essentially craft your way through, working together to overcome enemies, encounter and see to the needs of the local creatures or just to simply explore the brilliantly crafted world. 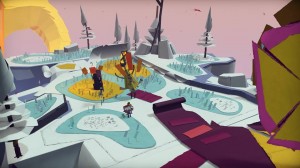 While you do control the movements of the messenger with the analogue sticks as you would in any other plaformer you mostly play as the all seeing eye that is there to protect and bond with the little paper critter. This is punctuated by the aforementioned controls and inputs that you can employ. The otherwise annoying, battery sucking light on the back of your controller becomes a guiding light which hypnotises enemies, a minor stroke of the touchpad creates gusts of wind that manipulates platforms, windmills and other such obstacles and if your messenger is carrying an item you can tilt the controller upwards to catch the item which you can then throw back into the world to hit a target which would otherwise be inaccessible. While this may sound unwieldy when you think of playing a 3D platformer and utilising these other inputs it becomes second nature almost instantly due to how intuitive these inputs are. The game eases you in to each concept and then presents you with a course that incorporates other styles as well as your new found ability.
After seeing Tearaway in action for just a few minutes it is difficult to see how this game ever originated on a handheld. The stylised papercraft visual and the realistic animation of said paper is truly breathtaking in motion, it feels like it is made from the ground up for the PS4 rather than the comparatively less impressive hardware that came before. The paper graphics are as subtle as they are vibrant, with the animation contributing to making a living, breathing world that creases and folds underneath the feet of your messenger and the characters around them. Waves roll up and flutter as you explore a beach side area, confetti flies through the air as wind curls through valleys and bleak newspaper print overtakes the colourful backdrops when enemy creatures show up to ruin your day. 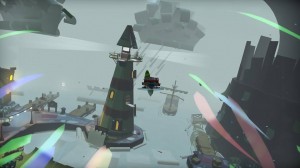 Tearaway was a short game on the Vita, I clocked the main story mode in less than five hours. Some may see this as a detriment but I saw it as a plus. Like Portal I found Tearaway to be a game that never overstayed its welcome or drew a gimmick too far by filling entire sections with it. It was a short and sweet title that was replayable due to its collectibles and one that would not ask too much from you if you wanted to revisit. Unfolded adds another five hours to the experience with various scenes that meld themselves into the main storyline and miraculously they blend in incredibly well. It feels like a directors cut, where the additional areas were initially intended to be in the main game but were left out for reasons unknown. One such area sees the player and messenger take on an enemy lair which is filled with controller related puzzles which see the lair shift and move around with simple button presses.

Tearaway: Unfolded
10 Overall
Pros
+ Beautiful vibrant world + Incredible papercraft visuals + The best use of player control ever demonstrated
Cons
- Minor frame rate stutter in some heavily populated areas - The lack of the front vita camera removes the player face from the sun - You haven't played it yet
Summary
I am going to get verbally slapped as soon as I enter the next party chat with the rest of the Playstation Country gents as there are words that would be considered unmanly due to how flowery they are. Tearaway has forced my hand. It truly is the most enchanting game that I have played in recent years. This goes for the original 2013 release on the Vita and now in 2015 on the PS4. It is genuinely an experience that deserves your attention.