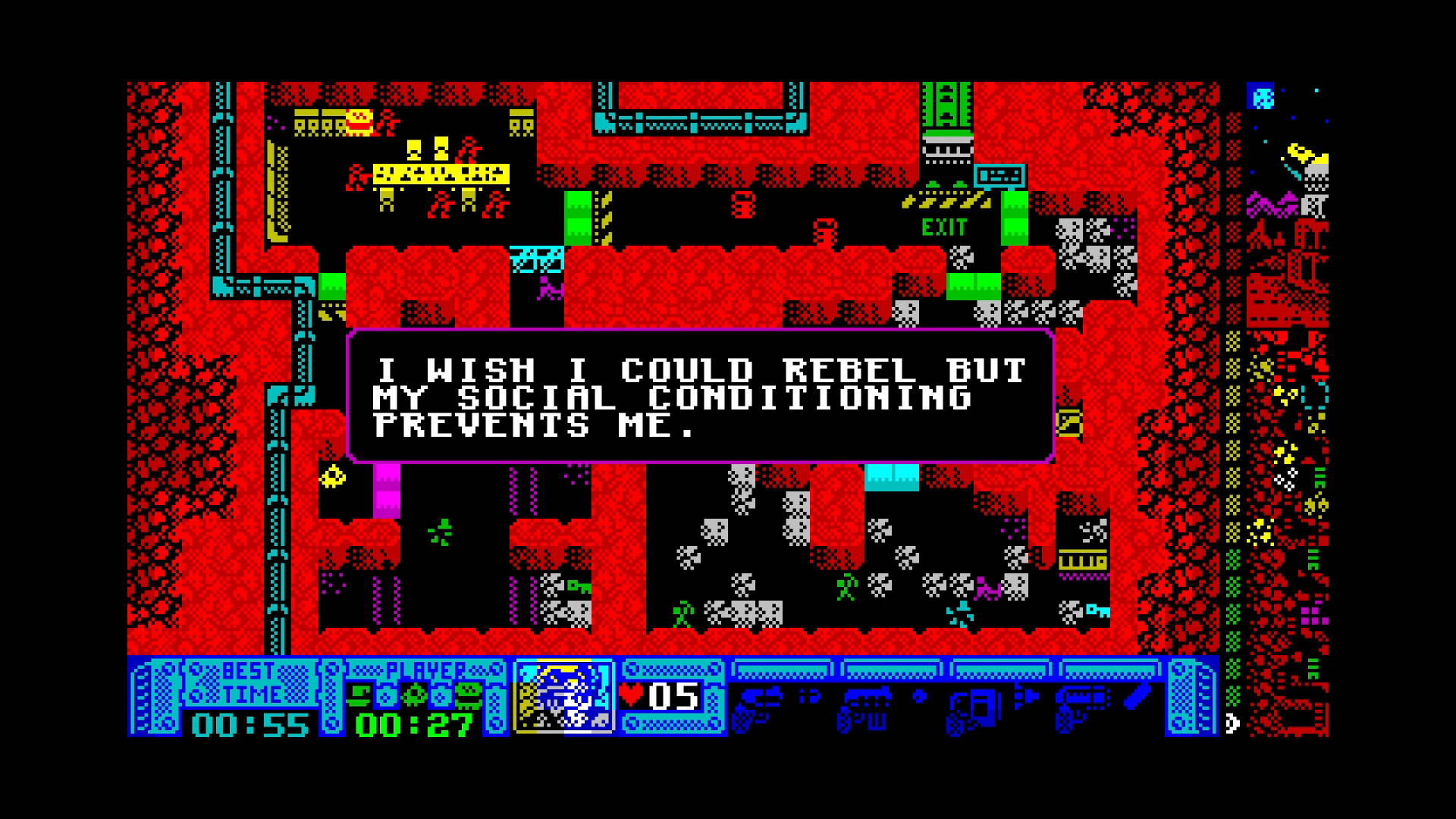 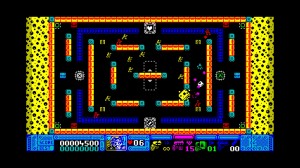 If you’re under thirty and have no concept of retro gaming, Rock Boshers DX is going to baffle you.  Even if you are a little bit more au fait with your old school gaming, this game references a very specific part of gaming history.  Namely the ZX Spectrum.  A computer that Tikipod clearly hold in high regard.  Which is good because, as any good retro gamer knows, the Speccy is the greatest games machine of all time.

Rock Boshers doesn’t just reference the machine.  This almost is a Spectrum game, and it’s nothing like the bingo game for money creations I’ve been obsessed with lately.  It starts with the iconic loading sequence that started all Spectrum games before settling into an authentic looking loading screen.  At that point you’d expect the reverence to stop and for things to come sharply into this century but no, Rock Boshers sticks with the Spectrum look and feel all the way.  From the menus to the gaming screens, this never steps out of character.

The only things that are even slightly modern are the fact that the game is a twin-stick shooter (even games like Smash TV changed the controls to a one-stick configuration) and the fact that the animation is a little smoother than the Speccy may have managed.  Also, there’s no colour clash (a weird problem that afflicted the Speccy back in the day) but this may be down to clever screen design. 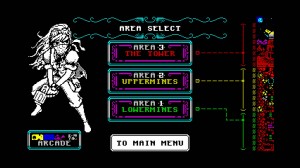 So when you get past all that, what you have is a twin-stick shooter of sorts that has a series of one-screen levels with fairly tiny graphics and a certainly linearity that you need to puzzle-solve your way through.  It’s the usual mix of keys and switches along with problems that require a little more lateral thinking.  Each level will either focus more on the puzzling or the shooting but will usually have a mix of both elements and as much as I want to love the game, neither element is particularly satisfying.

The shooting is a little stiff.  After the tremendous twin-stick antics of Geometry Wars 3, this sort of thing won’t really do.  You are limited to shooting in just eight directions and the additional weapon power-ups you get seem a little pointless given that most of the enemies are respawning infinitely.  There’s no sense of excitement here, it’s all just a way to make your walk to the next switch a little more difficult. 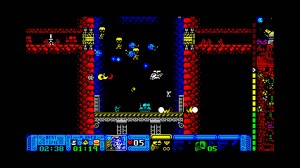 The puzzle-solving is a tad better in that there is some variation and each level can present some interesting challenges but it’s not the most taxing game with most of the difficulty coming from the shooting rather than level design.  That said, the action here isn’t offensively bad or anything and at times it even manages to be fun.

I guess the most damning thing to say about Rock Boshers DX is that while the aesthetics achieve exactly what they set out to do, if this actually was a Spectrum game it wouldn’t make my top thirty.  Instead of making everything eight by eight pixels (Speccy pixels that is) big, they could have gone for sixteen by sixteen and then used the PS4 to allow you to zoom in and out at will.  It would have looked better.  Cut me and I bleed blue, red, green, magenta, cyan, yellow and white (so much so that I didn’t even need to check the list and that’s in order) but the game looks a tad too messy for my liking.  In Spectrum terms it’s a budget game rather than anything bigger and bolder.

Rock Boshers DX: Director's Cut
5 Overall
Pros
+ You have to admire the balls it takes to release a Speccy-style game on the PS4. + Isn't a Boulderdash clone, surprisingly. + Can be fun. + Nice Speccy touches such as the loading screen.
Cons
- Graphics are a little small. - Shooting feels stiff. - Not as fun as it should be. - Uses roughly 0.0001% of the PS4's power.
Summary
If you're using the PS4 to recreate the Speccy experience, it should be the best Speccy game ever. However, this would have been a very forgettable budget title. Which says it all really.