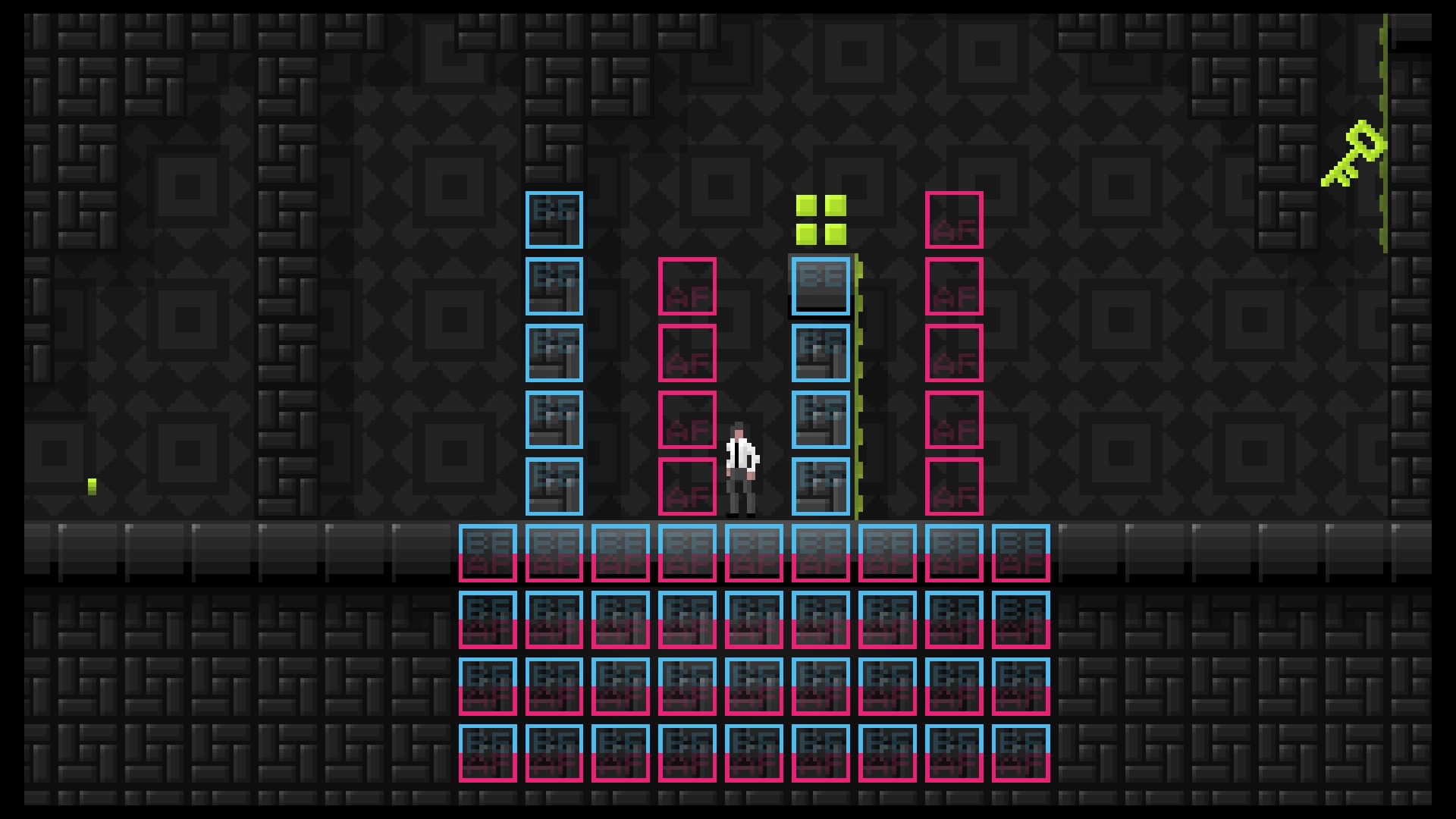 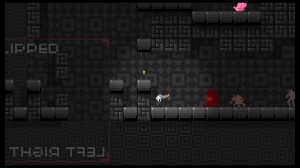 Indie games are produced by teams of all shapes and sizes, from multiple creators all they way through to a single auteur.  Retsnom is created by a single person.  This is a huge feat and one which really highlights what you can do if you’ve passion and an idea.

The first thing you need to know about Retsnom is that its a hybrid between a puzzle game and a platformer.  It is presented in a retro bitmap style, and initially calls to mind something like a darker coloured FEZ.  The second thing you need to know is the fact it is fiendishly difficult, and not necessarily in a good way.

The key mechanic of Retsnom is your ability to flip your environment.  What this means in practice is that with the press of a button you can flip the area of the level immediately surrounding your character to be in the mirrored position.  So if there is a wall in front of you and clear space behind you, flipping the screen will move the wall to your rear and the clear space to your font allowing you to progress.  As far as interesting premises go this is right up there, and later levels add variants on this to added affect.

Before long you’ll be flipping one area of the screen and then layering another flip onto part of this area to progress further forward.  There are no limit to the amount of flips you can do, and you can layer these on top of each other as often as you want.  This layered flipping takes the complexity of the game on an almost exponential curve into the realms of the near impossible.  You end up having to predict multiple mirrored moves in order to get to the exit in each level.  What this means is that often you’ll complete a level by fluke rather than by skill or planning.

The complexity of the flipping mechanic means also means you can get trapped in self made prisons.  The fact that you often get into these positions without really appreciating how you got there in the first place is a concern.  Luckily the game allows you to commit suicide by head butting the floor, thereby resetting you back the last check point. 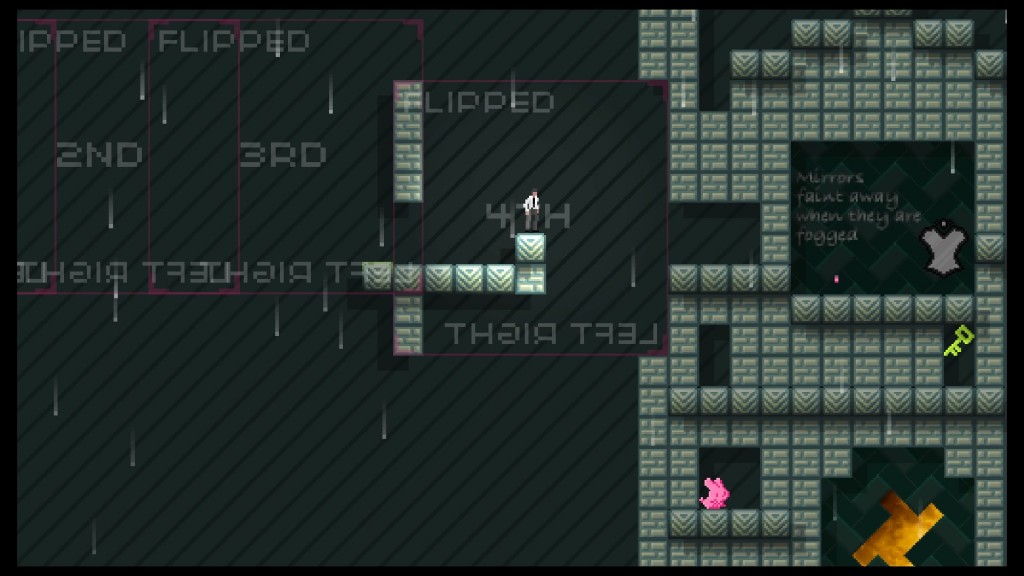 Besides the complexity of planning a future path over multiple flipped areas, there are further navigational issues here.  Often the game asks you to flip the screen whilst you are airborne, moving a platform from behind to in front of you.  In principle this seems like a decent idea, allowing you to make you own bridges.  However in practice what this results in is a lot of leaps of faith, where there is no platform to jump to until you’ve actually committed to the jump.  Pixel perfect jumping isn’t always a bad thing, and games like Megaman have shown how difficult jumps can work well.  Leaps of faith have never been a good idea, the fact you can’t be confident of your landing area until you’ve committed to the jump is just plain frustrating.

Presentation wise there isn’t anything too special here.  It uses a fairly standard retro style, and has minimal music and sound effects.  The overall result of this leaves the game feeling bleak and unwelcoming. 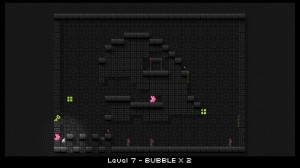 There is a good idea here.  The flipping mechanic is something not seen in other games, and the way your flipping ability changes throughout the game keeps this idea fresh.  Unfortunately the difficulty here is just too high to enjoy the game.