This week Sony and Nintendo have been dropping all manner of previewness via the State of Play and Nintendo Direct events but beyond that all our friends in games PR have been busier than a cat, so let’s see what’s incoming in the world of PSN.

Today we’ll be looking at;

Releasing this winter, Atomic Heart is a sensational looking first-person action game that looks like it might be taking elements of BioShock, Half Life 2 and the Metro games.  With elements of adventure, sci-fi and horror, this game is looking pretty special.  We’re just hoping all that ray-tracing makes it across from PC to PS5.

This one surprised us.  Essentially an unofficial sequel to Capcom’s coin-op favourite Strider, 1986’s Osman (otherwise known as Cannon Dancer) was another run, jump and slash action arcade game with an interesting Arabian cyberpunk setting.

It was mostly forgotten outside of hardcore arcade forums and it never received a home console port.  That is until now, as ININ Games are bring it to PSN in early 2023.

Check out the glorious trailer below.

Everyone’s favourite fat orange cat returns with Garfield Lasanga Party, a food-themed party game stuffed full of mini-games.  It’ll be with us in November this year and offers 30+ mini games, four characters to play as and local four-player co-op.  We’re into it.

There’s no trailer yet, so here are some fat screenies. 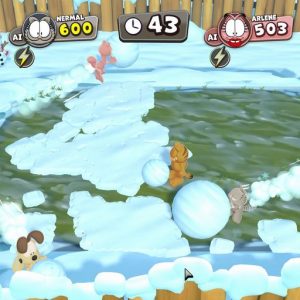 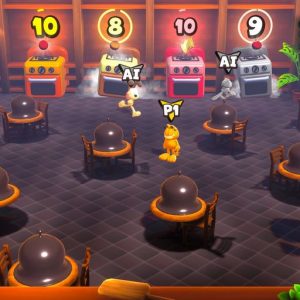 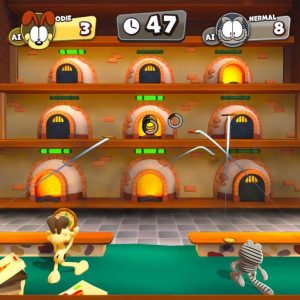 Announced at the Tokyo Game Show, former Atlus Composer Shoji Meguro (Persona, Shin Megami Tensei) has stepped out from the orchestra pit and is producing his own game, Guns Undarkness which looks to be something of a JRPG with stealth elements.  Meguro is producing the game and is funding it via Kickstarter.  Check out the campaign here.

The simulation game boom shows no signs of slowing down and you’ll be able to get hold of Construction Simulator on September 20th (yes, next week).

It looks to be a varied and interesting sim that offers you plenty of chances to mess about with all sorts of vehicles.  We’re just hoping that it doesn’t mirror real life or else the rising cost of materials could make it the hardest game of all time!

If you want an entirely different type of simulator, here it is.  We rather enjoyed the original Goat Simulator (apart from that Flappy Goat sub-game) and the series is back but now offering 4-player co-op (on and off-line), all manner of customisable goat action and a huge sandbox to play in with hidden secrets, quests and collectables.  We’re pretty excited about this one and it drops on November 17, so we don’t even have to wait long for it.

Check out the trailer below (which is basically the new Dead Island trailer but with goats).

Or to give it its full title, Made in Abyss: Binary Stall Falling into Darkness.  This is an action-RPG based on an anime series.  The original series author is onboard too, so fans should be pretty happy with this one.  It is set at the start of the series but is an original story that features Riko and Reg as they battle through a dark fantasy setting.  The original anime cast voice acts the whole thing too.

Fans of physical editions can also track down a Collector’s Edition which has a cloth poster, notebook and a fancy box.

For more details check out their website.  For fewer details here’s a trailer.  The good news is that its out NOW.

Fans of Castle Crashers may want to check out this cool looking beat ’em up.  Inspired by Golden Axe, Chrono Trigger, Zelda and the aforementioned Castle Crashers, this four player co-op brawler has a nice cartoony art style and four unique characters to play as.  With plenty of environments, lots of enemy types and some huge bosses, this should be a hit with players who like chaos, combat and huge combos.  It’s out on October 6th.  Be ready.