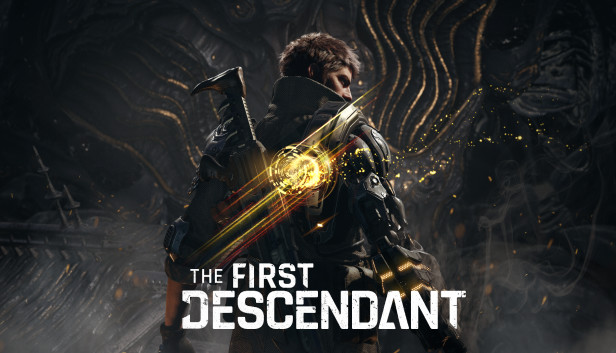 Another week, another load of press releases to sort through.  We’ve got plenty of interesting stuff incoming though!  The First Decendant looks particularly swish!

For those of you too young/not born enough to remember, Killer Klowns from Outer Space is a sci-fi horror comedy from 1988 about a group of alien clowns who are abducting folk from a nearby town and turning them into food.  Bad Taste had the same idea.  Anyway,  we had word of game coming.  Set in the same town as the film, this game has an interesting sounding 3v7 asymmetrical online thing going on and if it can nail the ’80s aesthetic, it could be a lot of fun.

Next up we’ll be going back to the year 2000, not much has changed but they are a lot more pixelated.  Fear Effect: Reinvented is a remake of the very first Fear Effect which appeared back on the PS1.  It’s a sci-fi horror-themed third-person shooter with a natty cel-shaded look.  We’re getting all sorts of nostalgic feelings from the trailer.

No date on this one but the Publisher, Forever Entertainment, tell us quite enticingly that it’ll be soon.

Keeping the creepies going, The Gap appears to be a psychological horror game with a big emphasis on exploration and sci-fi storytelling.  We’re not sure what to expect from the gameplay but it’s definitely going to be unsettling!

It might not be a horror game but we’re not sure we’d enjoy driving around a desert in real life.  Luckily Dakar Desert Rally will give us the chance to do that from our sofa.  It promises the biggest open world of any driving game as well as a mix of cars, bikes, SSVs and trucks with which to churn up the sands with.  We’ll be interested to see how they can add variation to it but it’s already looking quite pretty.  We always judge these games against FUEL on the Xbox 360 so as long as we can see some gorgeous sunsets, we’ll be happy.

This one hits PSN in October this year.

If driving around the desert seems too exhausting, then you can always cosy up with a visual novel.  And we know where you can get lots of them and that’s from our friends at Ratalaika Games.  Aquadine is their latest one and is out RIGHT NOW.  Check out the trailer below to see what it’s all about.

Set on a flying hospital, Wayward Strand looks to be a very relaxed adventure where you play as a 14 year old journalist called Casey who explores the hospital and meets the residents there in an effort to learn more about their life stories.  With the focus on them rather than you, the concept here is about decentralising the narrative and giving the player the chance to learn these life stories at their own pace.

This will be out on September 15th.

With the promise of dynamic shooting action and co-op battles against huge monsters, this very cool looking title looks to be combining aspects of Destiny and Monster Hunter while delivering a lot of eye candy.  As such, we’re entirely sold on the idea.  It’ll also be one of the first Unreal Engine 5 games so we’ve got high expectations.

This one should be out in October.

As beloved as 2008’s Mount & Blade is, albeit mainly to PC players, it’s odd that it’s taken this long to get a proper sequel (although it has had a couple of expansion packs along the way).  Set for an October 25th release, this game has been properly developed as a multi-platform game, with the developers promising that the console versions will be every bit as feature-packed as the PC version.