We recently were invited by Modus to participate in a closed beta for Override 2: Mech City League. The original game had some neat ideas but the clunky nature of the combat wasn’t to everyone’s tastes. With the opportunity to sit down and play some online multiplayer, the sequel looks towards more competitive avenues. 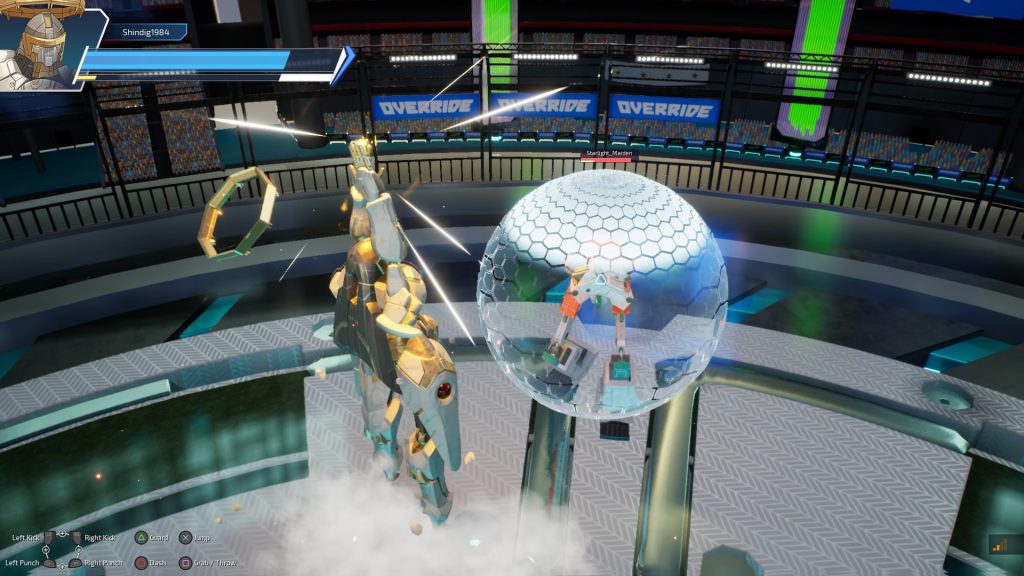 It controls almost identically to it’s predecessor. Override 2: Mech City League gives you control of four limbs on the shoulder buttons. The bumpers deal with weak leg or arm strikes whilst the triggers deal the heavier hits. On the face buttons, you’re given more movement options like dashing, jumps and throws. It feels good to throw down and, whilst the delay of your strikes can keep clunky, I find the wind up appropriate when you’re dealing with big mechanical fighters. Combining your shoulder buttons leads to more specific attacks and there are opportunities to chain them together. It’s simple on the surface but the combat does appear to have some depth to it. Blocking can be quick but guards also have the tendency to be broken under some sustained pressure. It definitely can’t be relied upon which should prevent players withdrawing into their shell.

The beta gave me access to four arenas and eight robot combatants. The arenas look very colourful and sun-baked. Stadium seems the simplest on offer with fights taken black in a standard, circular dome. It provides the least in the way of obstacles and variables and keeps the fighting very pure. I really like the look of Atlantis. That area is bathed in a lovely turquoise and green atmosphere and there’s plenty of buildings to smash. I really enjoyed the model village aesthetic of the first game. It seems scaled back in this multiplayer slice but its still present. In general, areas seem smaller and it’s keeping players together nicely. They come with plenty of moving parts and stage hazards which give you something else to think about.

I think each arena has their pros and cons. Lava has some erupting spouts of danger to watch out for whilst Park has some oversized strawberries and teacups to hurl at the opposition. There’s plenty of charm here and it’s nice to see Modus think about their locales. Some arenas shift, giving you a temporary high ground and some feature lasers which force players to always stick and move. 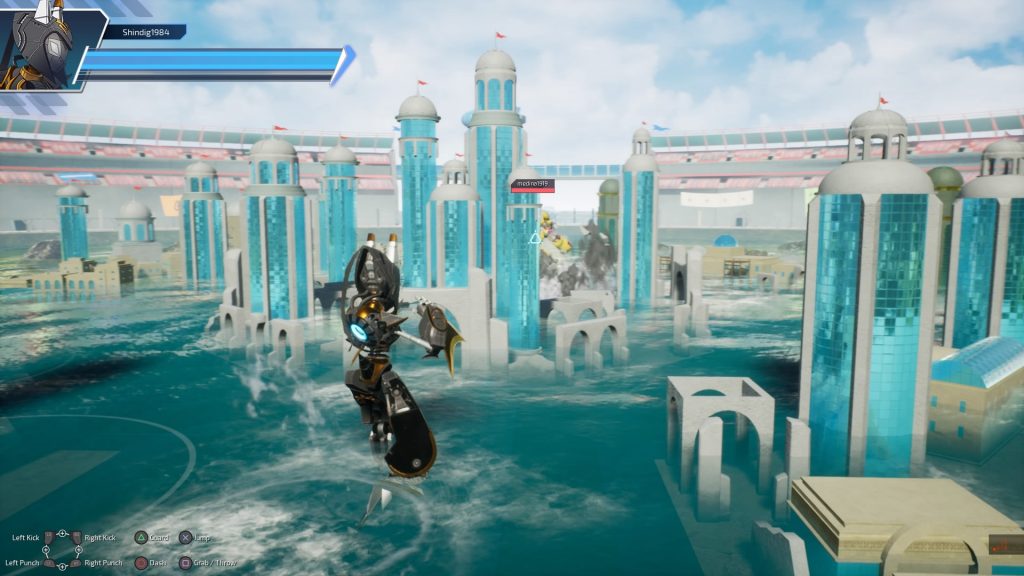 The fights on offer seemed to be in a few varieties. One-on-one fights were the easiest to keep track of and give you room to retreat and restock. One word I get from my time with the game is chaos. Big robot fights create a big mess and, with fights supporting up to four players, the mayhem just ramps up. The default camera angle likes to tighten in around your player so, in the middle of a scrap, things can be a little hard to decipher.

Most of the roster comes with some form of ranged attack but you do your best damage up close. It leads to some meaty exchanges and everyone seems to start with plenty of health. Fights haven’t dragged out and you do have time to recover and play things tactically. I’ll confess I’ve largely tried to mash matches out but I do love triggering a juggle or keeping the pressure on.

I don’t think I have a personal favourite right now. Vidar’s bow and arrow delivers some sizeable range and Sprinkles offers her own candy-based projectiles. Pescado is a big bruiser who deals out some wicked clotheslines. Vintage uses a dash that’s more like a teleport and these nuances can be useful in battle. If all else fails, each robot has their own ultimate technique. These are usually ridiculous beams of death that wouldn’t feel out of place in any anime. Great.

The selection of fighters seems relatively well-balanced and it’s important to note the full game boasts twenty to choose from. Trying them out has been interesting and whilst the variations between them can be subtle, their movesets do manage to establish them as something different. I couldn’t see an available lock-on so fights with multiple targets result in really having to consider spacing and the range of your attacks. Whilst I still see this as something fairly accessible, movement and positioning seem key in hitting your marks. The cadence of these battles have mostly felt tight, closely contested affairs. Whether you’re teaming up with a fellow player or turning against them, you have time to turn the tide. With so much of the damage being dealt in each other’s faces, players are coerced to face up and fight. It’s exciting and enjoyable with the brief time I’ve experimented with it. 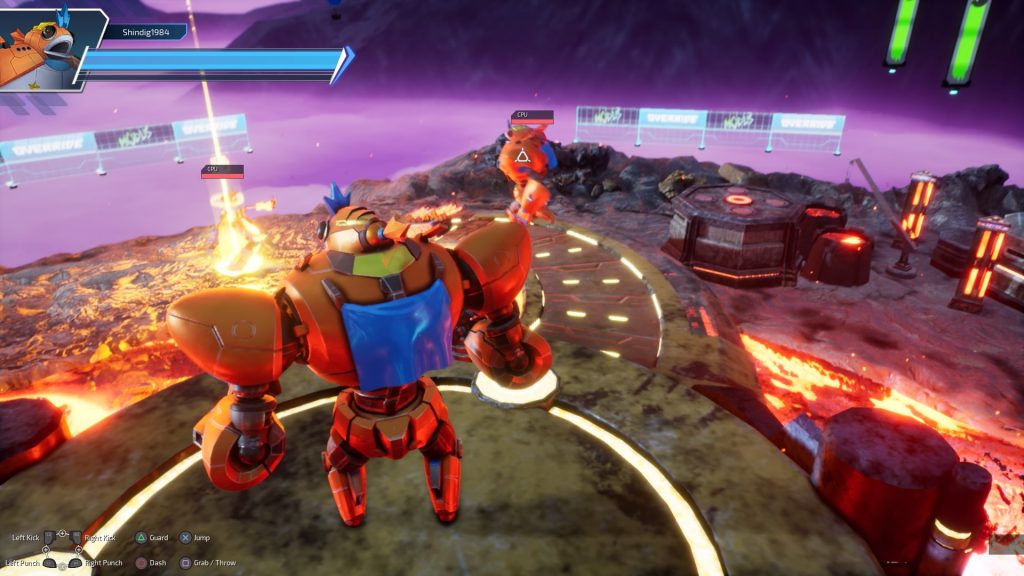 Online combat is something I rarely had the opportunity to do in the original. Modus have continued the bright look and taken the game’s focus into a more competitive realm. There’s the makings of a solid arena fighter here and I’m looking forward to it. With accessibility that won’t leave players behind and a depth to allow the truly skilled to get ahead, this could be great fun.