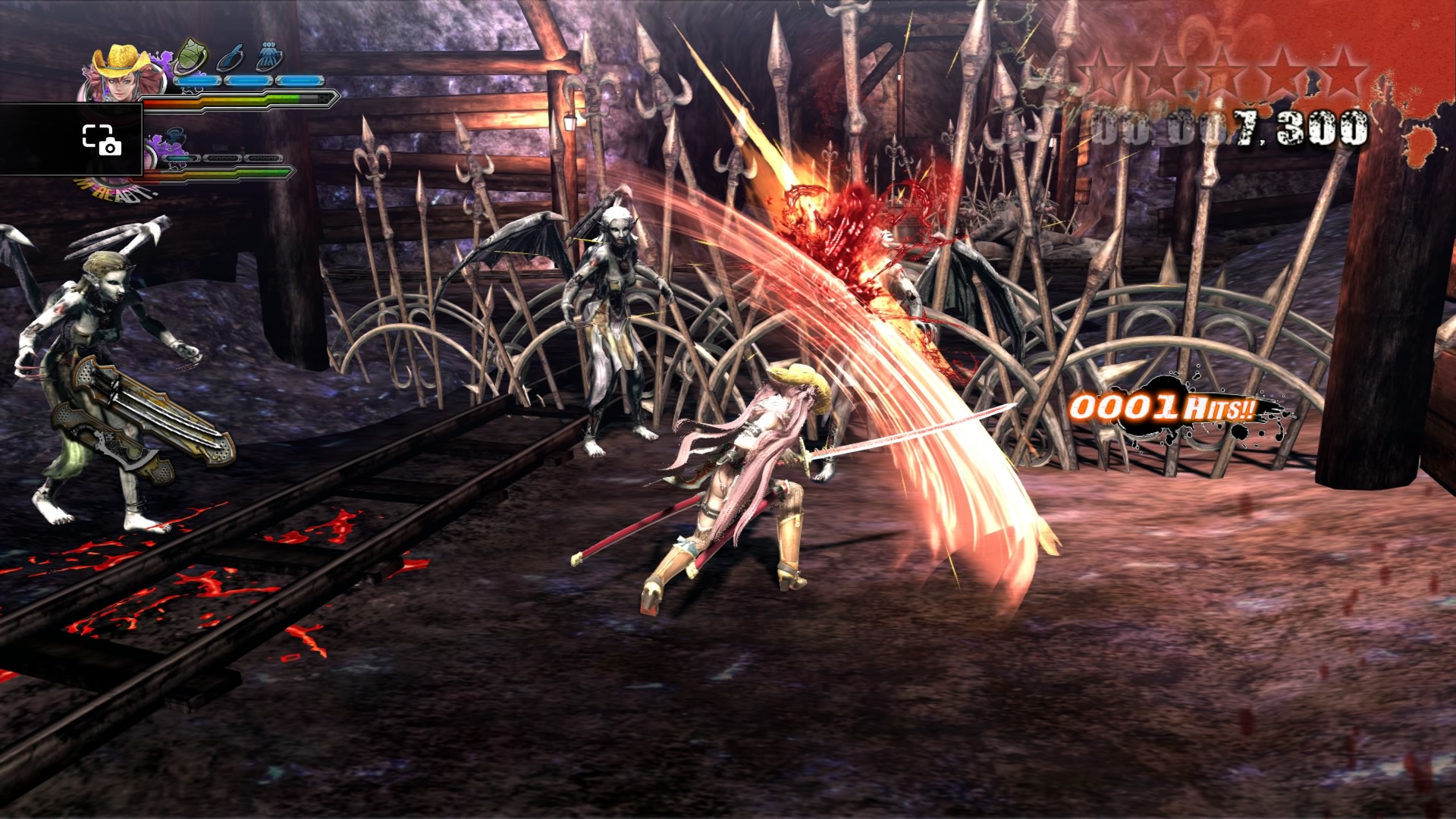 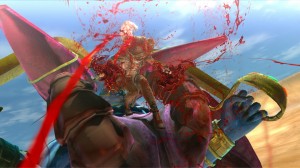 The Onechanbara series has always been a little bit too Japanese for its own good and Z2: Chaos is no exception.  It continues the trend of mixing hardcore hack and slash action with the kind of sexuality that would make Dead or Alive wince.  After all the series has always been about mixing zombie killing with near-nudity and this iteration is no different.

The plot is nonsense.  Two pairs of sisters take a break from fighting each others to team up and take on a zombie apocalypse that is threatening the whole world.   Aya and Saki are vampires while Kagura and Saaya are ‘baneful bloods’ natural enemies of the vampires.  Anna, the gun-toting cop from Onechanbara: Bikini Samurai Squad is relegated to being a voice on the radio (which gives your Dual Shock 4’s internal speaker a good workout).  When it comes down to it, it doesn’t really matter which girl you play as as they all handle in a similar fashion and you can tag the others in, or even switch to one of them on the fly.

Onechanbara Z2: Chaos sees the girls travelling around the world to resist the undead invasion but in reality the game limits its action to small arenas.  Usually you’ll walk into an area which will then be closed off until you take out the enemies within.  The game is also very linear (no bad thing) despite initially appearing to have some large, open levels.  Encounters tend to involve lots of enemies at a time and the game rewards you for racking up huge combos. 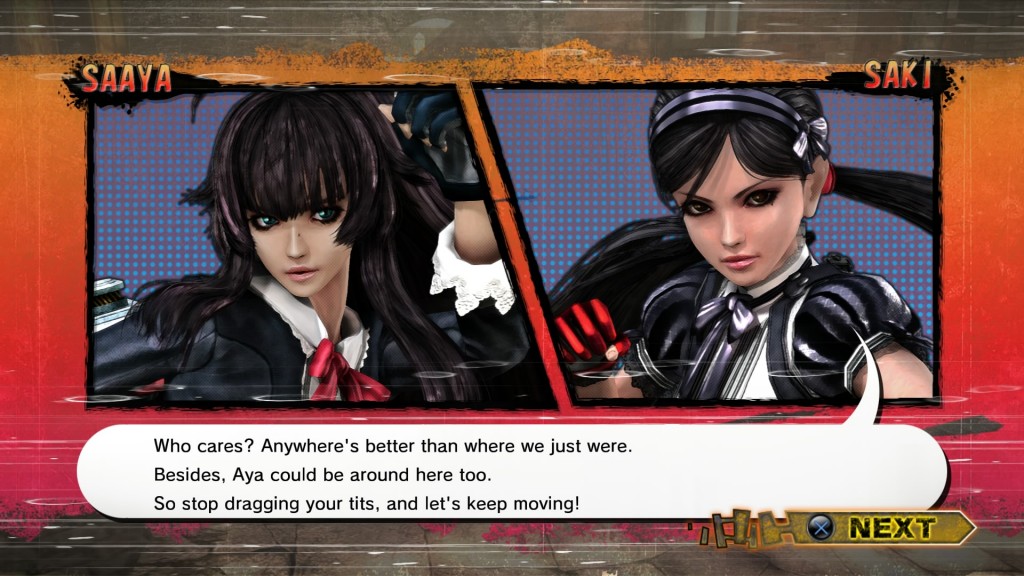 The combat is actually a lot deeper than the game might suggest.  The in-game manual refers to dozens of different techniques that you can use, even if it does a piss poor job of explaining some of them.  Each character has a wealth of combos that they can use and these can be extended by spending yellow orbs (that are dropped by enemies) on new moves.  You can also buy extra weapons and rings (that can enhance various aspects of your combat skills).

You can also do ‘cross combinations’, ‘Xtasy combations’, chases, stomps, transformations and other techniques.  To be fair, you’ll probably find something that just works and will stick to that (unless you go for the trophies in the game) but it’s nice to have the depth.  ‘Cool Combinations’ return and these combos rely on tricky timing to produce devastating attacks.  The in-game practice mode does an awful job of trying to teach you these timings but thankfully one of the rings you can buy completely relaxes the timing requirements.

In terms of presentation, the Onechanbara series has never been a stunner and that’s the case here.  The environments are simple and bland (although they are nicely colourful) and the character models seem more focused on boob physics than actual detail but when the action is in full flow the screen becomes an absolute ballet of violence with zombie bits, blood, sword slashes and colour exploding in every pixel.  It’s almost too much, especially if you forget to control the camera (R1 keeps you locked onto targetted foes) but I love the chaos of it. 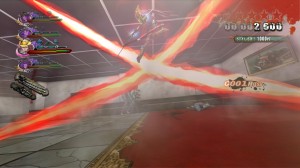 That said, Onechanbara Z2: Chaos lacks the sheer ambition and insanity of something like Bayonetta and certainly feels like it has a much lower budget but it’s also a fair bit less pretentious and I preferred the pacing of this game.  There’s always something happening and when you start getting to grips with the combat, you do start to feel quite badass even if the enemies do take a lot of punishment from your weapons.

Onechanbara Z2: Chaos is arguably more solid and proficient than Bikini Samurai Squad and is far less reliant on backtracking but it does lack some of the heart that that game had.  There’s less variation in the game and at times it just seems to be copying and pasting the action (there’s even a mini boss-rush later on) but it’s shorter and more forgiving.  You’ll still have some explaining to do if your partner catches you playing it, especially if you get into the pointless and creepy character customisation, but if you like hacking and slashing but aren’t a fan of the usual long-winded and overly difficult Devil May Cry/Ninja Gaiden efforts, Onechanbara Z2: Chaos may well be up your alley.

Review 0
7 Overall
Pros
+ Near constant action + Combat has some depth + Refreshingly unpretentious + Genuinely fun
Cons
- It's all a bit Japanese - Lacks variation - Don't expect much of a story
Summary
Onechanbara games are all about violence and near nudity and Z2: Chaos delivers on both counts whether you want it to or not. At least it's not as difficult as normal and therefore far more accessible.