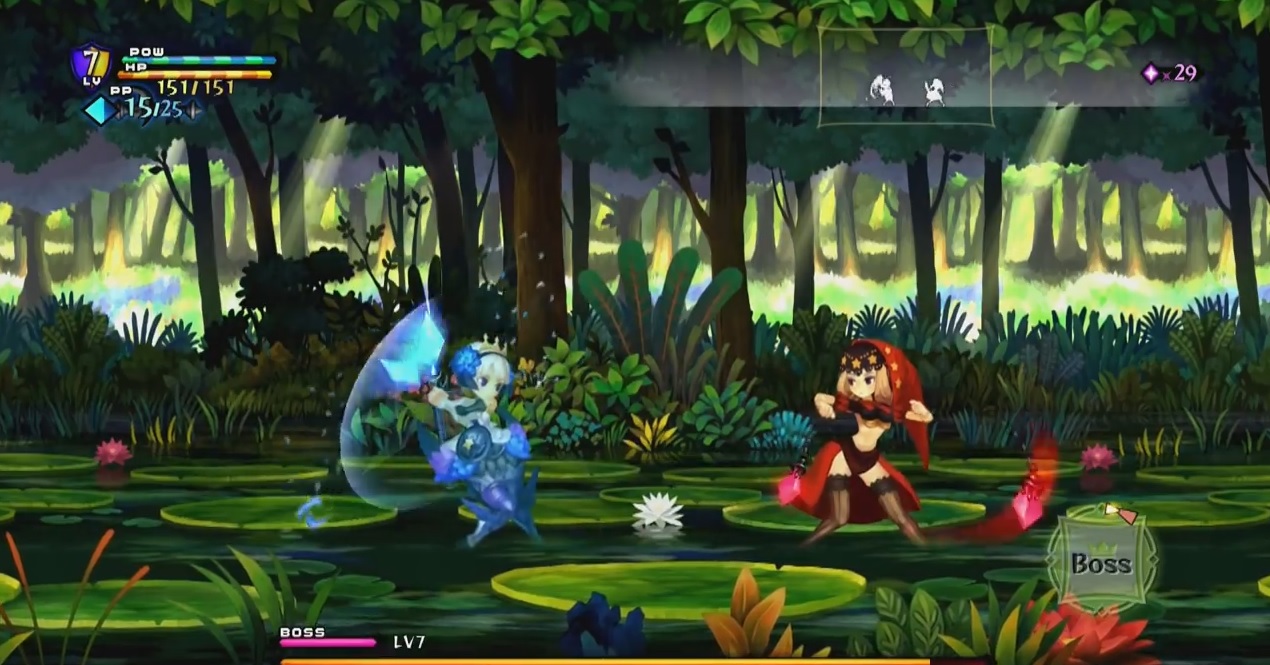 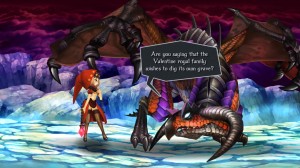 Odin Sphere Leifthrasir is a remaster of the PS2 original that was released nearly ten years ago. You could argue it’s more of a remake than a remaster with all the changes which I’ll get onto. If you were a fan of the original you’ll be surprised at how different it is and if you’ve never experienced it before there is no better time to become acquainted.

Famed for its incredible visuals but let down by slowdown, some odd design decisions and clumsy gameplay Odin Sphere was destined to be remembered as a flawed gem. If you have played any other Vanillaware game before you know what to expect from the visuals with hand painted 2D graphics beautifully animated in a Flash style but they were made for standard definition televisions.

The first obvious change in Leifthrasir is the visuals have been upscaled and the framerate stabilised. I’m reviewing the Vita version which looks fantastic but the PS4 version is fully HD. I imagine a lot of work must have gone into making sure the visuals looked just as good as you remembered on today’s better screens and regardless of what you think of the rest of the game it is impossible to argue otherwise. It looks truly stunning.

They could have stopped there and a lot of people would have been happy, but the basic gameplay has been dramatically improved as well. The original game’s combat didn’t flow particularly well, was restrained by a stamina bar and lacked variety in the move set. Leifthrasir plays like a 2D Devil May Cry or Bayonetta as you bash out combos, juggle enemies in the air and you have almost too many special moves to unleash on your unfortunate foes. You get better rewards based on how well you do in specific combat scenarios and going for the S rank was always a lot of fun and if you fail you can simply retry from the pause menu. Whereas the original could feel like it was pushing against the player a lot of the time Leifthrasir feels like the player’s enjoyment is the most important thing.

There are multiple characters to play as though you’ll have to unlock new ones by playing through as others. Each has six chapters made up of multiple acts which basically equate to some story, a dungeon to progress through and then some more story. Each character’s story intersects at points though they are different enough they are all working within the same overall story arc. 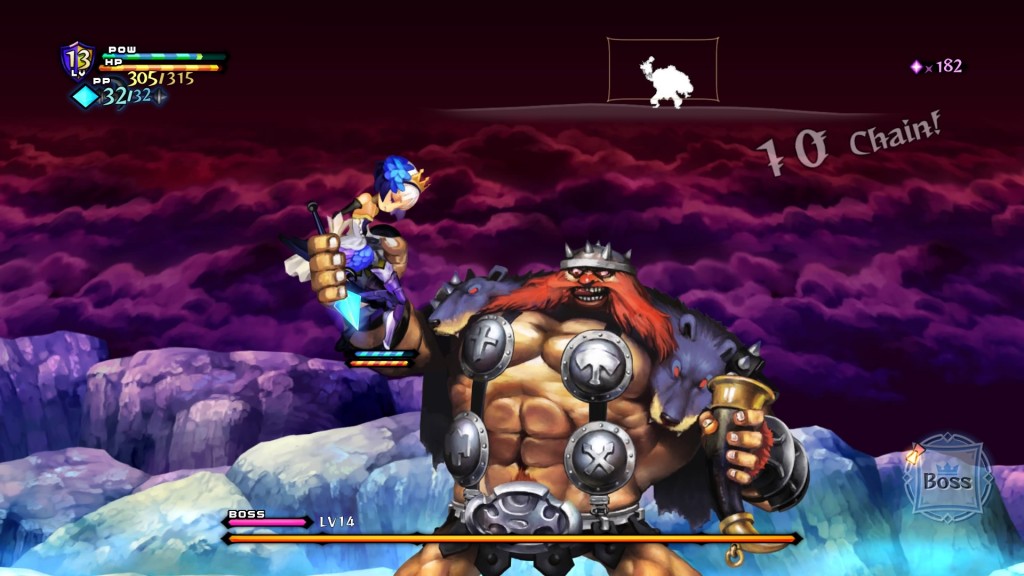 You explore the dungeon maps, sometimes encountering enemies, mid bosses, challenge rooms or bosses. Items are hidden around the stages, in the ground (brought to your attention through sound and visual cues) or in chests which can range from materials, potions, money or even new abilities. There are also rest areas where you can purchase items or use food items to create dishes to eat.

Not only do these dishes restore your health but they can increase you base health points and most importantly they give you experience. You do gain some experience from fighting but the most effective way to level up your characters is by eating food, either fruit from plants you grow on the field or these dishes. You can even create potions which will increase the experience you can get for a short period of time. It’s an unusual system, though ultimately if you want to grind out levels then you’ll have to do the same as any other game, though your goal will be money or materials rather than pure experience.

That is actually the entire gameplay loop. Watch some story, go into a dungeon, explore, collect, fight, eat when you can to get stronger, defeat the boss, watch more story, move onto the next chapter to do it again. Luckily I found the combat so enjoyable that this was not a problem. The inventory management was annoying as you’ll constantly be trying to make room to pick up an item and the tab based nature of it is a little cumbersome but that is a minor gripe.

More of a problem was when I’d finished with one character and unlocked another. As you’d expect you start again from level one and have to level up your character again and this was a bit of a downer. The first ten hours or so were a lot of fun but the repetitive nature of the gameplay means mainlining this game is not recommended. Each character does play differently which is something but they visit the same areas and fight the same bosses and mid bosses which whilst understandable is a little off putting. This actually makes it a good fit for the Vita as you can leave it on the system and just pick it up every now and then.

If you’re a massive fan of the original and are disgusted with the idea of changing it then you’re in luck too as that version is in here but with the updated visuals, though you can’t unlock trophies in this mode. I gave it a try and the difference between them is astonishing, it’s almost two completely different games. Nice to have but I’ll be sticking to the ‘Refined’ version. 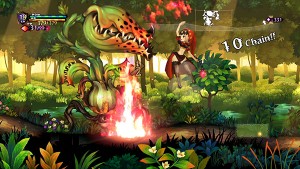 Odin Sphere Leifthrasir is a remaster done right. It doesn’t rely on nostalgia, it tries to update an older game to modern standards not just superficially but across the board and mostly succeeds. It’s quite pricey but for the amount of work and amount of game there is I’d argue it’s worth it, though it’s your call whether you play it on the PS4 or Vita as although it is cross save it is not cross buy unfortunately.

Odin Sphere Leifthrasir
8 Overall
Pros
+ Combat is a lot of fun + Visuals are truly stunning
Cons
- Repetitive gameplay - Inventory management
Summary
Odin Sphere Leifthrasir is a remaster done right. It updates the visuals to modern technical standards whilst retaining the artistry which it was originally famous for. It doesn't stop there however and updates the gameplay which was stiff with odd design choices to make it an incredibly fun 2D brawler, although playing through every character's story may become a little monotonous.