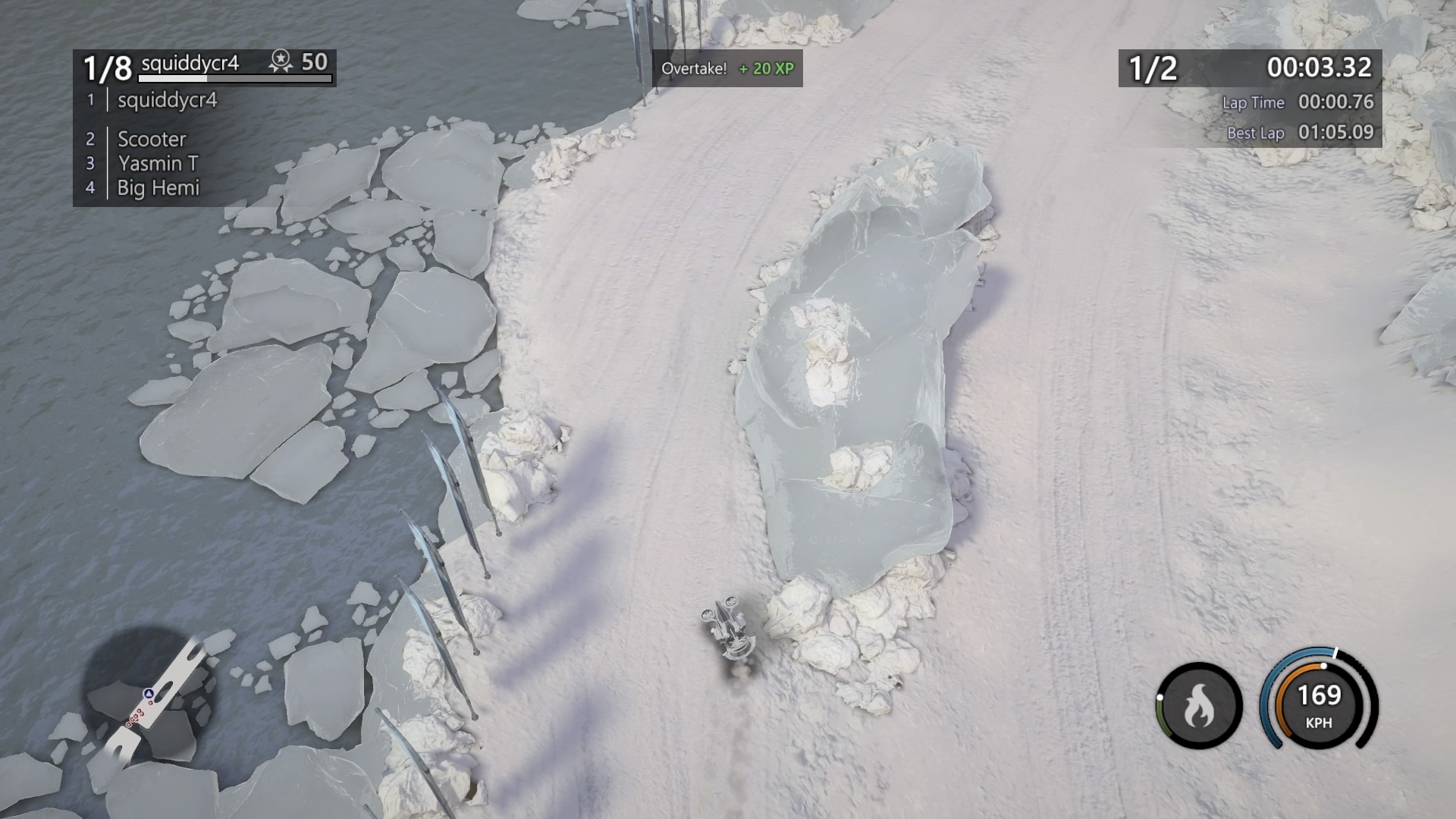 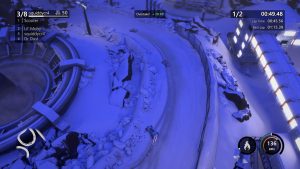 We rather liked Mantis Burn Racing.  This accomplished top-down racer got a decent review from us thanks to its tight controls and neat graphics and actually grew on us even more while we worked through the trophies on it.  So we’re quite pleased to see that VooFoo Studios have put out some new DLC for it.

Thrifty gamers will enjoy the Snowbound Pack, this adds four tracks (three of which are good, one of which is a bit of a nightmare to navigate visually) and extends the career mode too.  It’s free which is always a good price.  Thankfully the tracks aren’t unplayably slippy or anything and they actually look very nice. 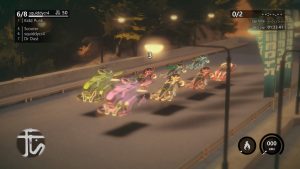 For a bit of pocket change (£2.49 in the UK) you can also pick up the Elite Class pack.  This adds new hover cars which are all good to use and also extends the career mode too, adding a new series of Elite difficulty events.   These cars won’t be affected by terrain but they do still get affected by ramps and jumps and the new extra speeds these vehicles can attain means you’ll be getting some serious air.

Neither pack adds any new trophies but never the less we’ve enjoyed firing up Mantis Burn Racing again.  Both packs are now available on PSN.