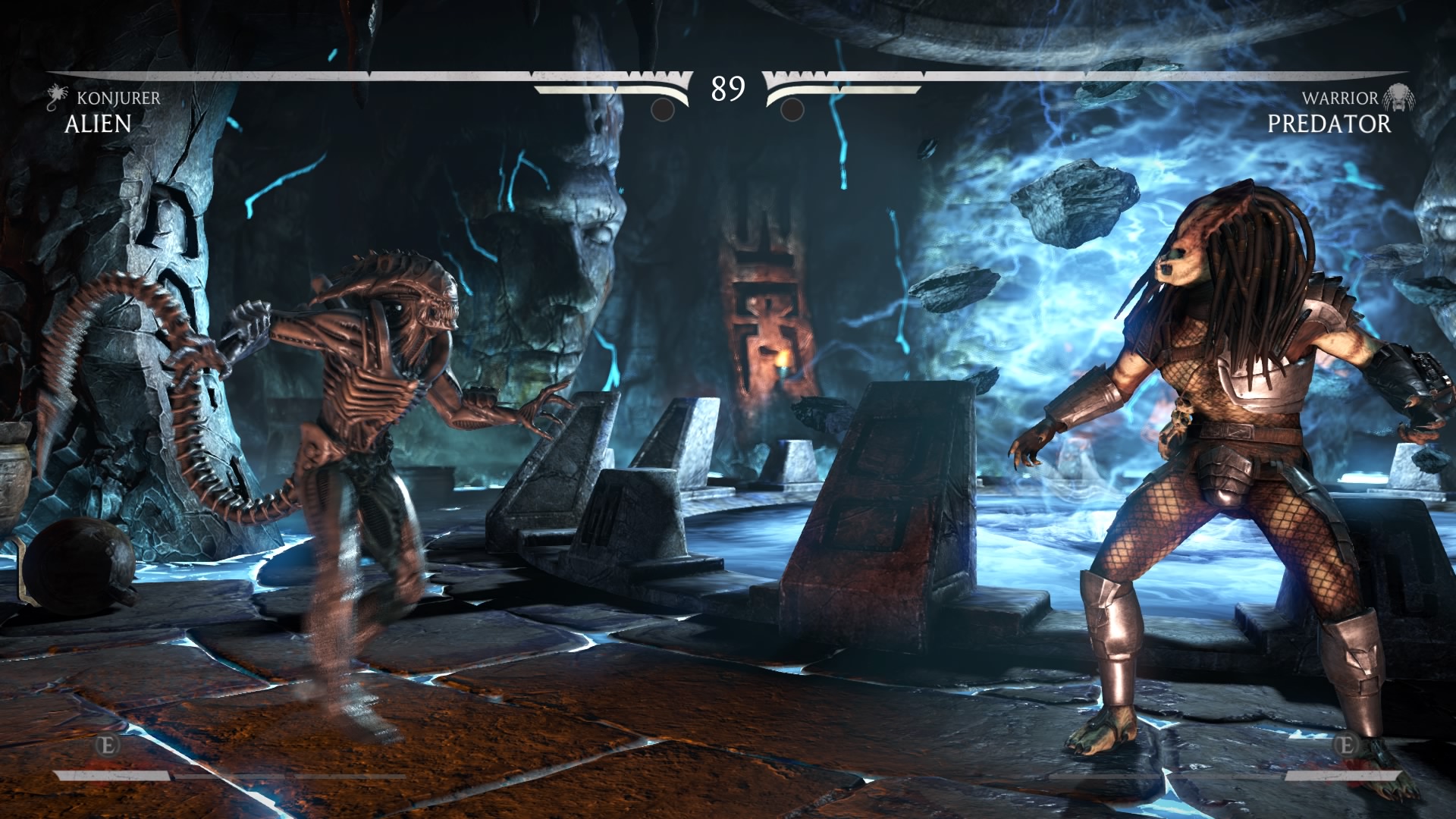 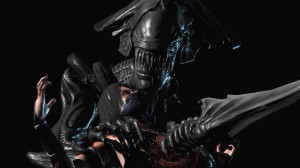 Last year’s entry into the Mortal Kombat series missed our review team at the time but I picked it up a little while after it came out and it was a real surprise.  In all honestly, I hadn’t really liked any Mortal Kombat since Trilogy on the PS1 and the original 2D titles had really dated (as evidenced by playing Mortal Kombat Kollection on Xbox Live Arcade a few years back).

So, Mortal Kombat X‘s full-fat gameplay was a real joy.  Packed full of content and brimming with humour and gore in equal measure -well, probably more gore than humour to be honest – the game ended up being the best fighting game I had played in years, taking a thoroughly high production values approach to the gameplay of the early games in the series.

Set on a strictly 2D plane but with fully 3D graphics (a’la Street Fighter 4), the gameplay feels like classic Mortal Kombat fare.  It’s faster and fancier than most fighting games and has lots of fun little aspects to the gameplay such as the brutal X-Ray moves which can turn a fight for you and background interactions that also make things a little more interesting.  Each character also has three fighting styles with different special moves and of course you’ve got all the fatalities and brutalities you can eat.

The only downside to Mortal Kombat X was that a lot of extra content was locked behind some expensive DLC paywalls.  It’s one thing getting extra campaigns via DLC but when it is just characters and skins, it all feels a bit of a rip off to me.  Especially when desirable characters like Goro are going to cost you a few quid on top of the full asking price of the game. 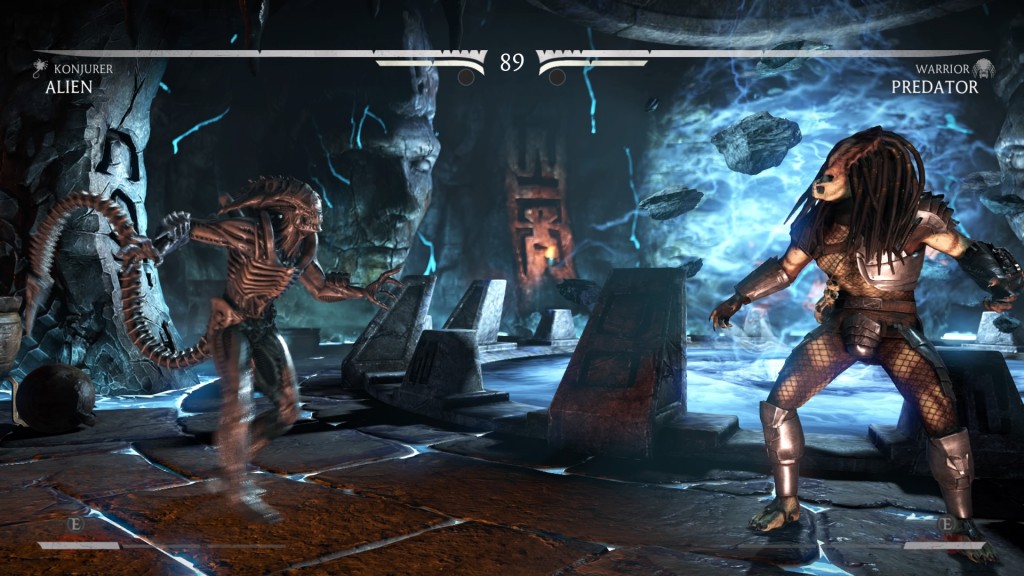 Mortal Kombat XL gives you the original game plus all of the DLC.  When compared to the embarrassingly anaemic Street Fighter V, seeing a game that is so absolutely stuffed with content is great. Aside from all the early DLC content (with characters like Goro, Jason Vorhees and Predator), you also get the second season pass pack which adds some very interesting characters.

Xenomorph – the alien from er… Alien makes an appearance.  This time clearly a facehugger has mouthbummed one of Baraka’s mates because the xeno has inherited Baraka’s move set.  Hard to master, this is an interesting character to play as.  It also lets you settle that AvP argument once and for all.

Leatherface – as expected, this masked nutcase is all about the chainsaw.  He’s clunky but tons of fun to play as and his chainsaw certainly ups ante for you gorehounds.

Bo Rai Cho – this fighting pisshead makes his return to the series and brings back his drunken master style of kung fu along with plenty of farting and puking.

Triborg – actually four characters in one, Triborg’s three selectable styles (and a fourth hidden behind a quick button combo) are individual characters based on the robot ninjas from the series.  Cyrax, Sektor, Cyber Smoke and Cyber Sub-Zero.  These share a fatality move set unfortunately but it’s still a nice way to add some extra characters to the game.

This takes the roster of selectable characters up to a ridiculous amount and with a host of on and off-line modes, as well as a heap of fatalities to play around with, there’s so much to see and do here.  On top of that, you also have the now-standard Krypt (which unlocks extra… er kontent…. such as skins and fatalities over time).  Having it all on the disc, rather than via downloads, is also a bit of a bonus.  The trophy list is shared with Mortal Kombat X though. 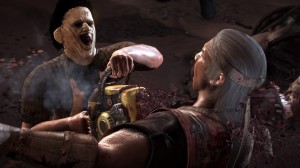 Admittedly, if you’re a frame-counting, Sanwa stick owning tournament guy then you’ll be sticking to Street Fighter as ever.  But if you’re a normal player who wants a bit of a story and lots and lots of accessible action, this is your best bet.  At least until a proper Tekken hits the PS4.

With its fantastic graphics, over the top presentation and impressive roster, Mortal Kombat XL is a truly excellent fighting game.  It’ll last you a while (longevity can be an issue with fighting games) at least until you’ve seen and done everything and it is straight up a lot of fun.  It may not be as vigourously tweaked for balance like other games but equally we’re not expecting to see five different versions of it.  Mortal Kombat XL is the definitive version of one of the best fighting games of this generation and is well worth a look.

Mortal Kombat XL
9 Overall
Pros
+ Fast, exciting gameplay
+ Tremendous graphics
+ The series continues to make no compromises when it comes to violence
+ Stuffed with content
Cons
- Maybe not one for the ultra-serious tournament players
- Possibly not worth it if you already own X.
Summary
The best Mortal Kombat game to date bundled with all that DLC? XL is the complete package. It offers a ton of single player content and great competitive mode options too.