Quest for Infamy is a point and click adventure from New York Natives Infamous Quests, a company with a history of remaking old Sierra adventure games such as King’s Quest III and Space Quest II.  This one, however, is not a remake even though it looks very much the art with its VGA-style visuals that absolutely scream ‘late Eighties’ at you.

In Quest for Infamy you play as Mr. Roehm, something of a rogue who finds his way in the town of Volksville where a cast of unusual characters await to get him quests, tasks and adventures.  Depending on how you play, you’ll either take on a Brigand, Rogue or Sorcerer quest line and with over 50 NPCs to talk to and 200 locations to explore, there’s a lot of game waiting for you here. 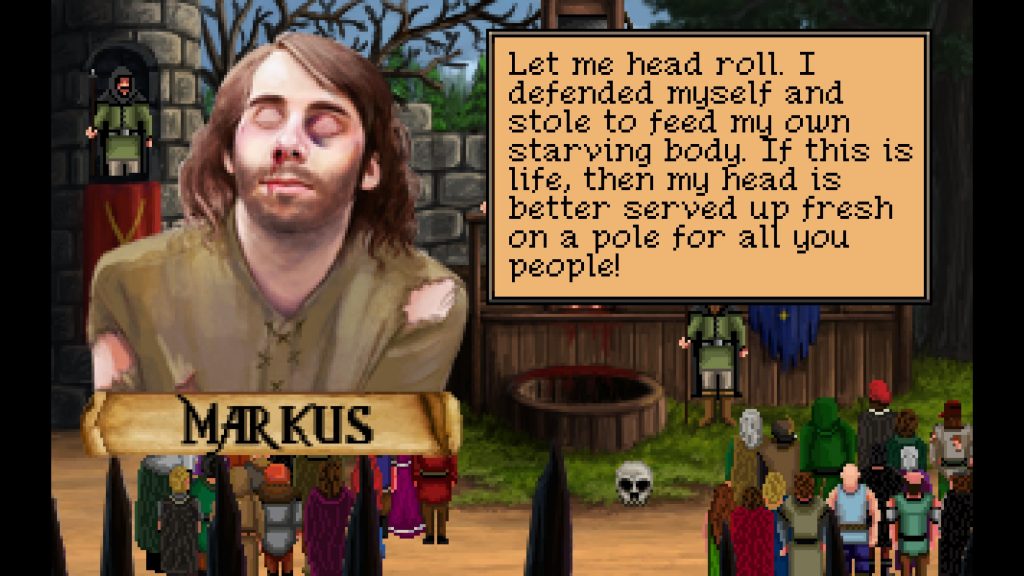 Now we’ve had it for a couple of weeks and while the early PC/Amiga-esque graphics are spot on and the game is full of fun conversations to have, after all you’re playing as something of an anti-hero so you’re just there for the fame, fortune, drink and women, we struggled a lot with the gameplay, the clumsy interface and the fiddly, obscure puzzles which weren’t particularly innovative.  However, the game has had strong reviews on the PC (a format it is undoubtedly better suited to).

Anyway, as for us.  We just found it all a bit too difficult and as such didn’t feel qualified to give it either a full review or a score.  However, video playthroughs do make it look like a funny game if you can just get past some of the sticking points.  So, if you’re a fan of old school point and click games (especially Monkey Island) and don’t mind dipping into a written guide now and again, Quest for Infamy could be for you.  You can pick it up today from the PSN store for £7.99 (includes both the PS4 and PS5 versions). 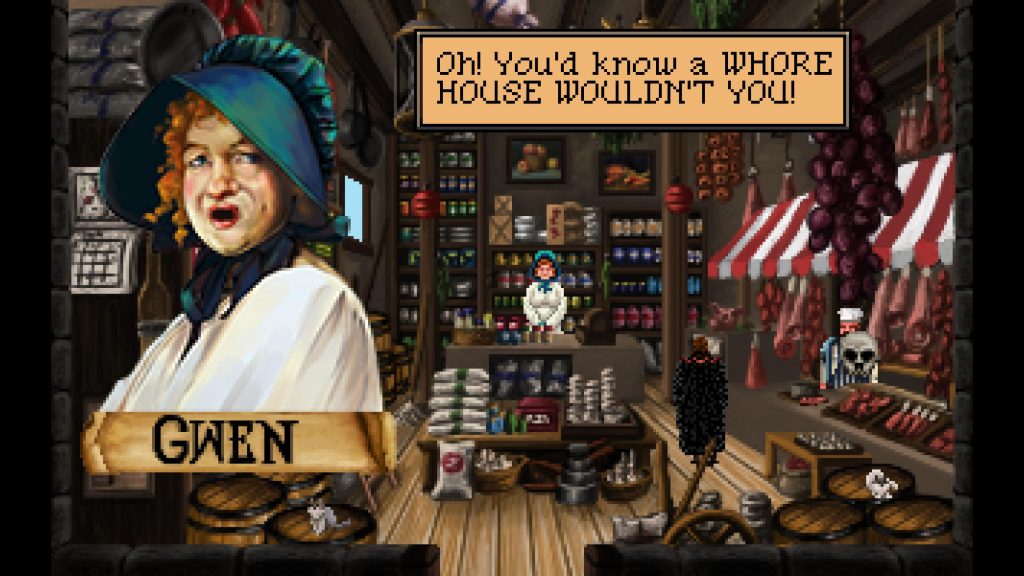 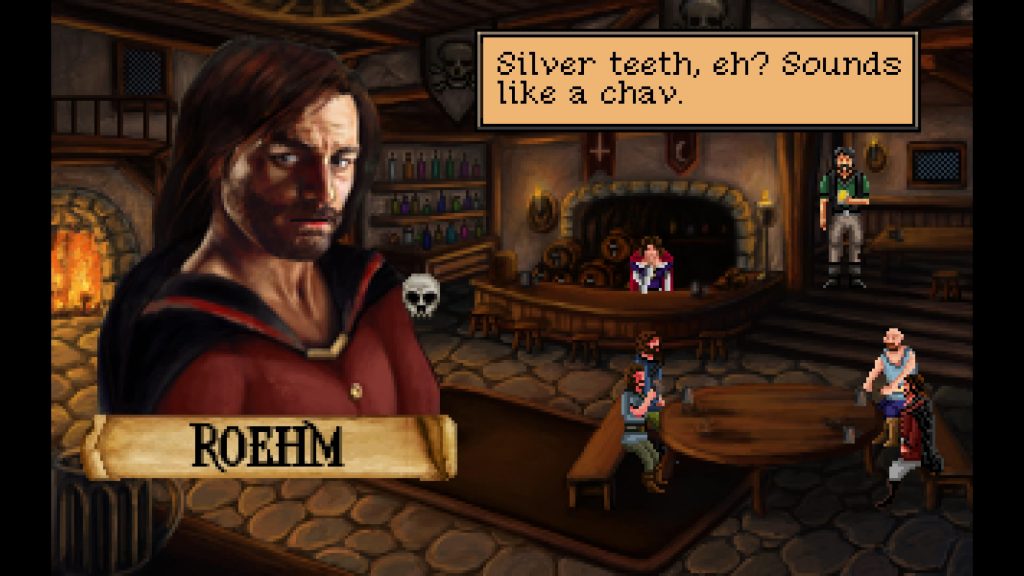