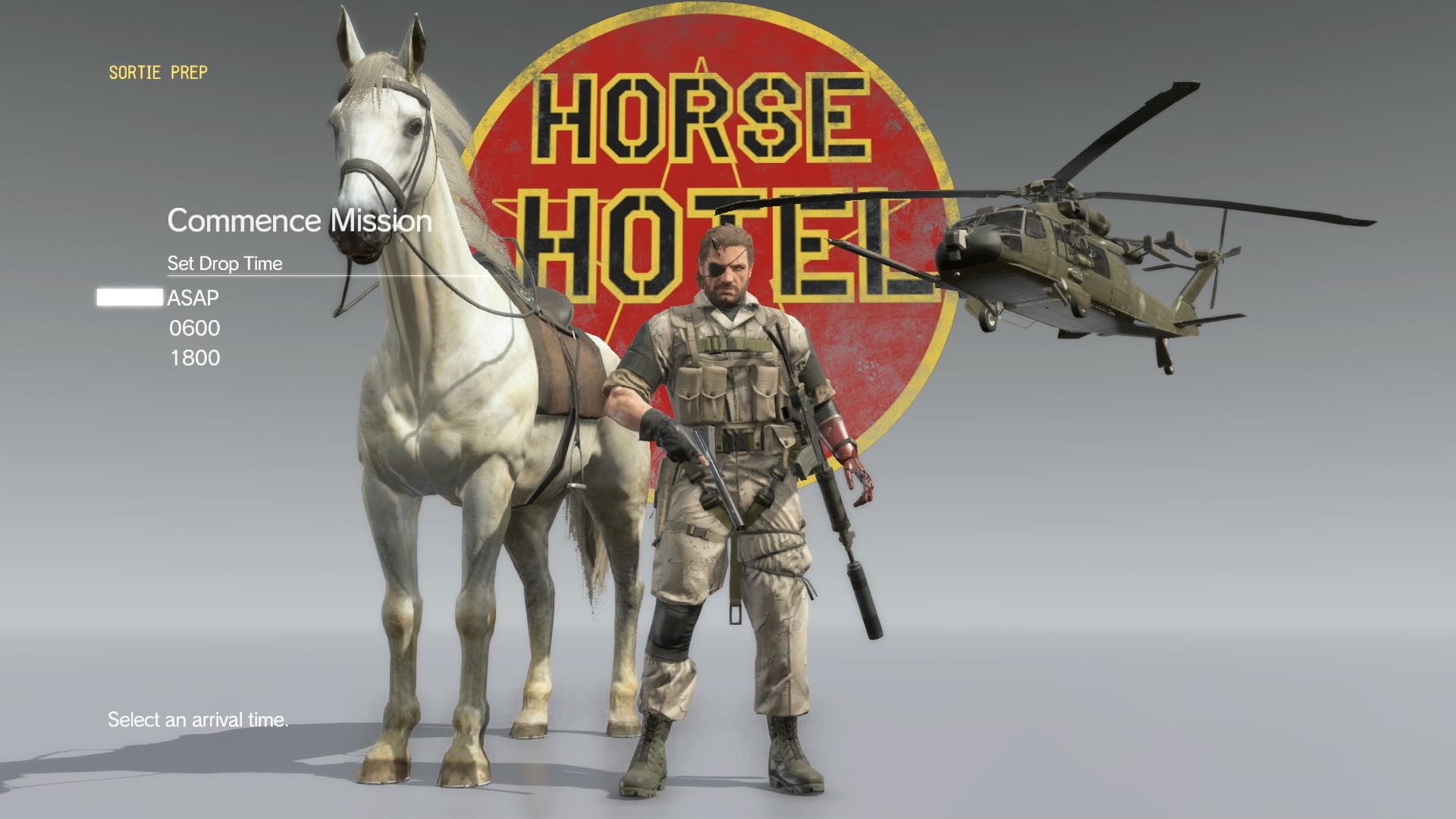 Metal Gear Solid V: The Phantom Pain is potentially Hideo Kojima and Konami’s last collaboration on a series which has ran for nearly 30 years. With all that history behind it and the events of recent months, there’s some morbid curiosity surrounding what could be the series’ last hurrah. Thankfully, this is a product which seems to be hitting it’s marks.

2010’s Peace Walker and last year’s Ground Zeroes provide the base for this ambitious title that aims to provide an open-world stealth experience combined with Peace Walker’s base-building. It’s a potentially divisive mix but, as a guy that liked Peace Walker’s intentions but couldn’t get onboard with the flawed execution, I was intrigued. 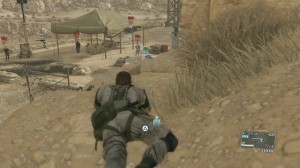 antom Pain opens with Big Boss awakening from a 9 year coma in a Cypriot hospital. He has shrapnel in his everything and has a bionic arm. It’s a lengthy, confusing prologue that reminds you heavily that Kojima’s still in charge of writing duties and it offers a lot more questions than answers. I’m hoping for some glorious pay-off but since then, cutscenes have been sparse and the plot has been handled in a smattering of audio tapes. The cast deliver it very well although Troy Baker’s southern drawl seems a bit unnecessary.

Its an interesting sea change to have a Hideo Kojima game so gameplay focused. Luckily this aspect is exceptional. Tactical Espionage Action in an open world requires a lot of systems to make it work and they all function cohesively. Big Boss controls responsively as you try to slink through bases undetected in an experience similar to Far Cry with it’s early reconnaissance followed by executing on plan A, B or F. You have a threat indicator to warn if an enemy sees something in your direction which does an admirable job of telling you when to retreat. In addition, your support crew will chirp in with advice on surroundings or where they suspect objectives might be. It does an effective job of letting the player decide on the course of action. 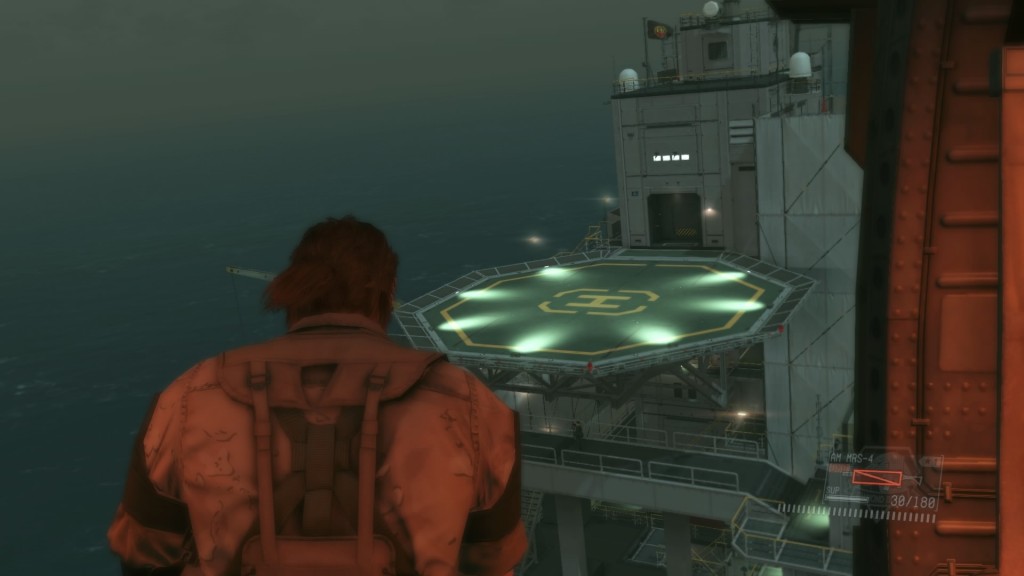 Sandstorms will provide the opportunity of cover and a day night cycle offers the cover of darkness to assist you. Just don’t rely on it as the enemy will adapt. If you’re making too many night-time raids, they’ll adorn night vision goggles. Proficient with headshots? They’re now wearing helmets. You can disrupt communications, power and run distractions with your buddy or helicopter. You have options at your disposal but the glorious tension never dissipates.

There’s no lack of polish with the FOX engine proving its worth again. It may not have P.T.‘s fidelity but the detailed environments bathed in sunlight and shadow impress. Music is kept to a minimum mainly to portray tension whilst still allowing the player all of their available senses. It’s effective although I miss Ground Zeroes‘ torrential downpour.

Base-building suppliments all of this. Out in the field you’re scavenging for flora, metals, animals and specialists to return Mother Base to its former glory so there’s always the compulsion to grab resources that you’re short on. So far it hasn’t felt like busy work and it can be rewarding to see your rig flourish and physically expand. This is close to being the best stealth experience ever made and the further pull of wanting answers from the story implore me to continue. 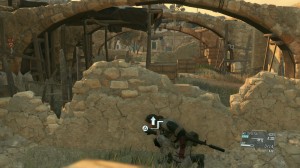 If all of this sounds like an investment in time, it is. Its arguably the thing I’d hold against it (but only as I’m short on it – thanks Royal Mail). Peace Walker felt like having to put a lot of time and effort in for marginal gains. In this case, The Phantom Pain moves along with much better pacing. Sneaking has been improved to make the missions feel more substantial and varied whilst the bosses are not the roadblocks they were in the PSP predecessor. It seems a lot more balanced and fun to play. To call this a big budget Peace Walker would be reductive. This is big budget and refined.

Overall, my time with The Phantom Pain has been thoroughly enjoyed. I’m eager to persist and plug the gaps in the story whilst trying to explore this dense world and its systems. Konami and Kojima have coexist for just a little longer to create the greatest stealth action game to date. For all the years of trial and turbulence this project must’ve taken, the final product is wonderful. Play it.

Metal Gear Solid V: The Phantom Pain
9 Overall
Pros
+ Outstanding stealth mechanics. + Tons to keep you occupied. + Glorious, dynamic open-world.
Cons
- Tedious prologue. - Plot consigned to the background. - Requires hefty time investment.
Summary
Despite this project's very public problems, it manages to become easily the most playable and replayable installment of the series. There's a persistent pull of working towards new gear and, whilst the story doesn't hold out, the gameplay is tight and enjoyable. It's a must have.
We use cookies on our website to give you the most relevant experience by remembering your preferences and repeat visits. By clicking “Accept”, you consent to the use of ALL the cookies.
Cookie settingsACCEPTREJECT
Manage consent