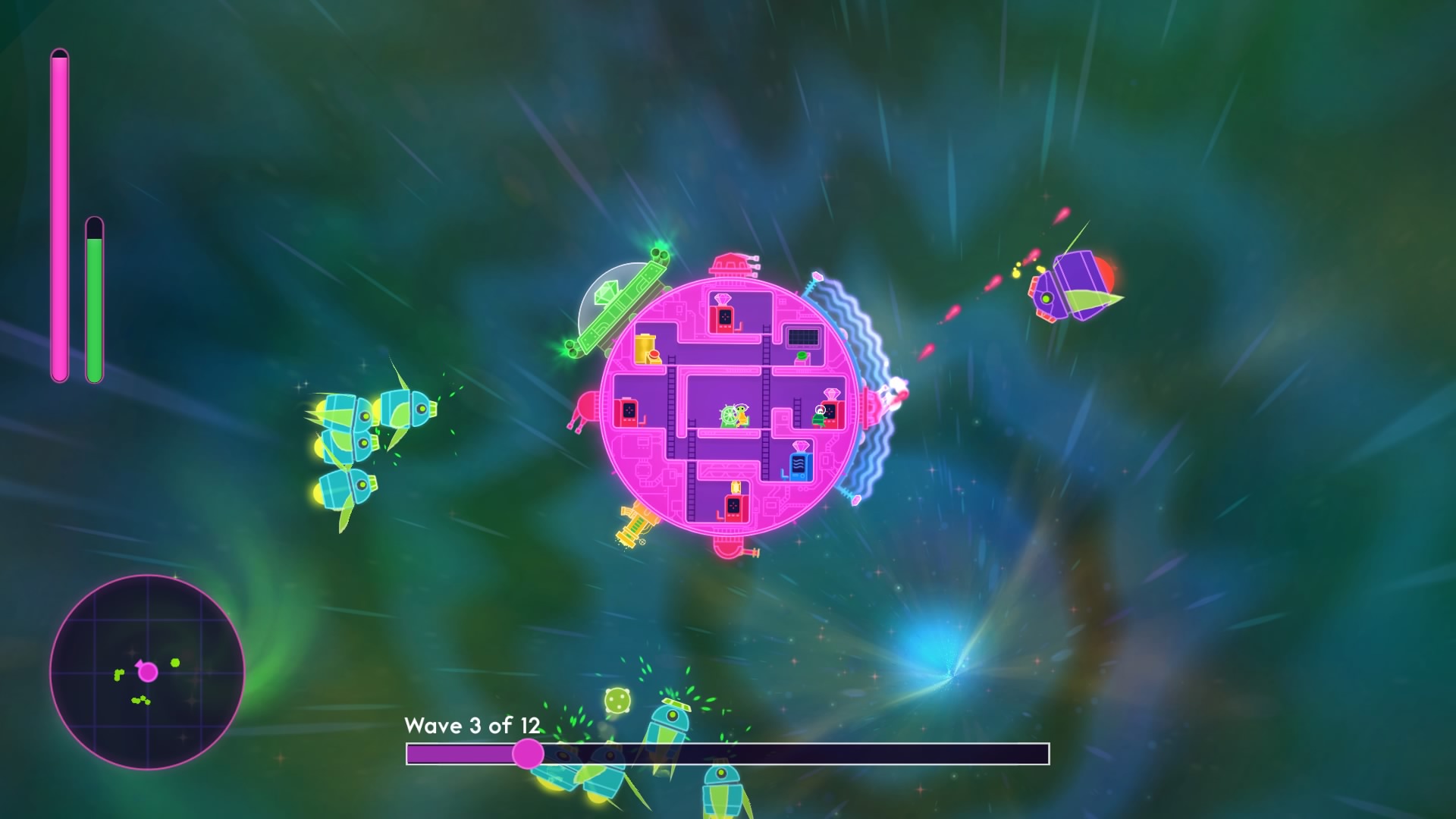 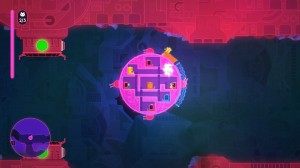 The thrust-based shooter isn’t exactly the most romantic of genres but this clever co-op game is designed to bring you and your partner closer together.  You play as lovers, spacefaring folk, as they battle the forces of anti-love.  Their civilisation is being destroyed and it is up to you and your co-op buddy to pilot a spacecraft out of danger and start fighting back.

The only problem is that your spacecraft has eight stations – engines, four guns, shields and so on – but there are only two of you.  So to survive you need to work together, switching between stations on the fly.

It makes for the kind of controlled chaos that you rarely see in a game with each player switching from steering to fighting to defending, swapping duties and communicating as best they can. 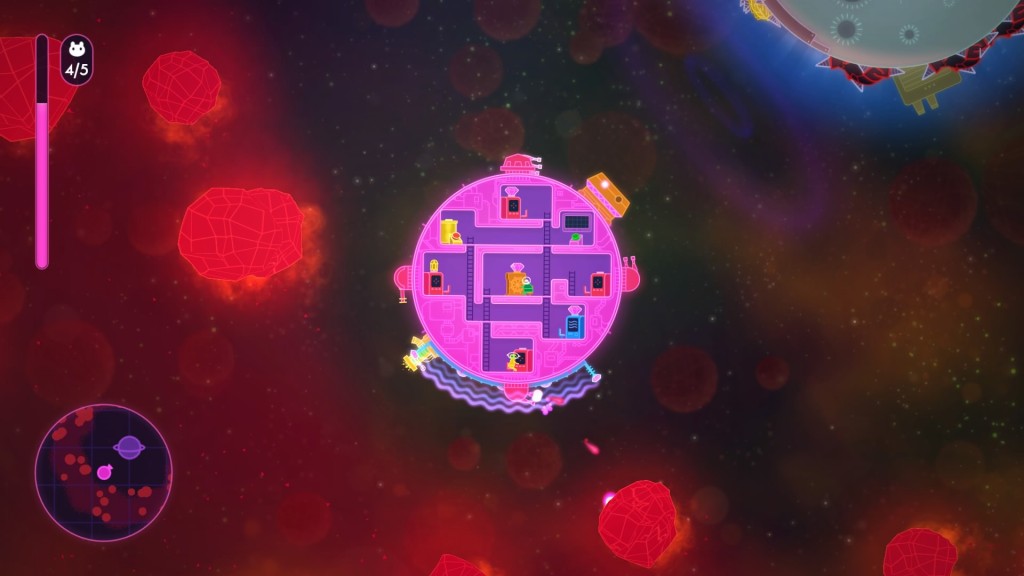 The main gameplay of Lovers in a Dangerous Spacetime is very similar to something like PixelJunk Shooter in that it is a thrust-based shooter (like Asteroids) but with some puzzle elements.  It’s a bit more arcadey though, and includes boss battles, but if you’re a fan of one, you’ll no doubt like the other.

If you’re playing solo, the game offers an AI team mate to play with.  It’s a bit of a stark experience, and more than a little frustrating, but it does work if you’ve been dumped recently and fancy crying yourself to sleep.

However you play it, Lovers is a tough game.  The boss battles do present sticking points and are a bit at odds with the sweet nature of the game.  The main levels are no pushover either, so you’ll definitely need to concentrate and practise if you want to progress. 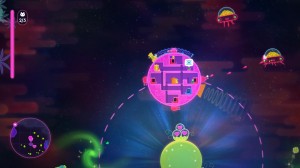 The presentation, as cute as it is, is certainly a little basic.  The colourful, 2D graphics are quite plain but it’s a likeable look and the sound is typically sweet.  That said, it is yet another indie game about feelings (kind of) and isn’t going to push your PS4 very hard.

Lovers is a great little co-op game, well… it’s a great idea and an average game, but there’s a lot to like here.  Including the fact that it’s quite an original idea.  This will no doubt be in a PSN sale before long so pick it up if you’ve got someone to play it with but give it a miss if you’re light on co-op buddies.

Lovers in a Dangerous Spacetime
7 Overall
Pros
+ Good co-op play + Original idea + Cute presentation
Cons
- A bit basic looking - A tad too difficult considering the audience - Controls are a bit frustrating - Joyless in single-player
Summary
Lovers in a Dangerous Spacetime offers a genuinely original twist on the thrusty-space shooter formula. The co-op play is unlike anything you've played before but the whole thing isn't much fun with the AI.