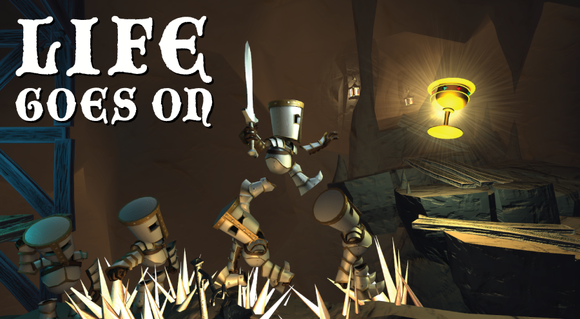 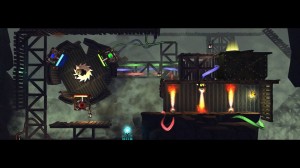 First of all I would just have to say how brave it is for an Indie to use the words “Done to death” In the title. These words alone would be enough to arouse suspicion that you would be treading familiar ground as soon as you boot up the game. For a fair part of the experience this would be the the case but Life Goes On does have a few tricks up its sleeve to stand out.

Life Goes On: Done to Death is a puzzle game which centers around marauding knights who are questing for treasure and glory. The main mechanic of the game focusses on death, Not the usual Indie ‘feelings’ kind but in the way that sees you using the recently deceased knights as stepping stones to solve each screen as you progress. This neat idea is both satisfying and humourous as you fling your hapless knights into spikes on walls, freeze them in blocks of ice or catapult them through the air using a highly explosive cannon. 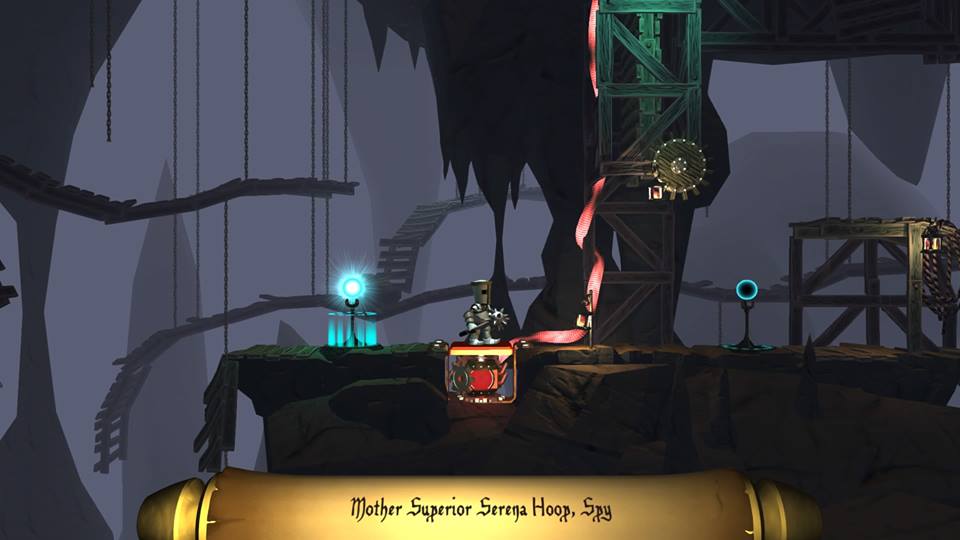 There are no limits to the amount of knights you can hurl to their demise but you can always take the challenge further by working to a par number of knights that you can use in a level. Uncharacteristically of this type of challenge is that there are no three star awards at the end of each level, considering how popular that is these days. Completing levels under par also helps contribute to item unlocks which appear on your knights as randomly generated trinkets such as a fireman’s hat or alternative weapon (even if there is no fighting in the game.) 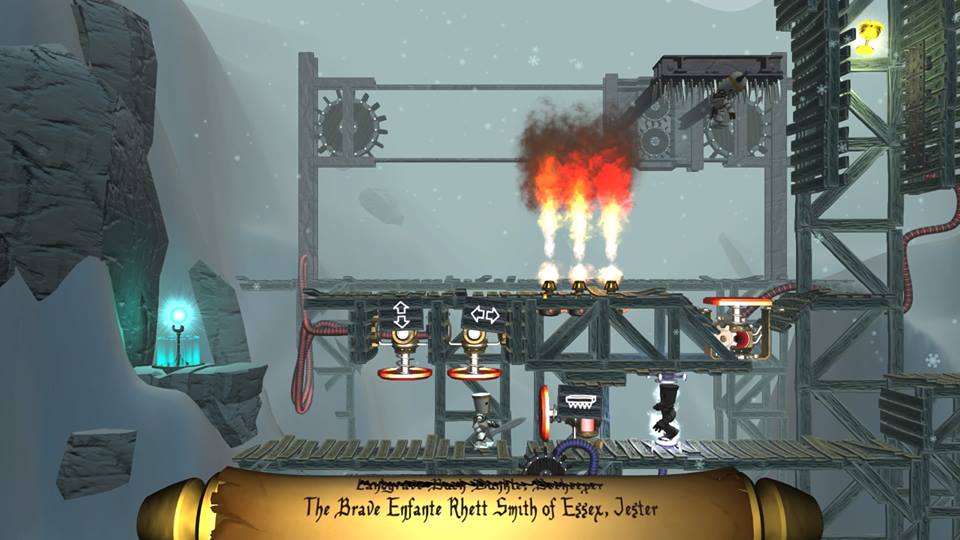 Life Goes On doesn’t go on for very long. There are four overarching worlds with around twenty puzzles each, some of which can be completed in seconds if you spot the path or the game is trying to teach you a new mechanic. This would normally be fine for a puzzle game and the challenges and spikes are well balanced however it will feel that you are doing the same thing over and over again often which is shame. There are levels which are worth the slog however, particularly the ones that have you constantly on the move as the level collapses around you, on your first try it genuinely feels like you should get a move on and makes you feel accomplished when you conquer the puzzles in quick succession. 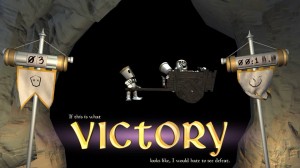 Presentation wise Life Goes On is pretty standard and at times can feel a bit bland. The core issue is that it feels like a mobile game. This is fine on the simplicity side however I feel that the game could have used some extra flourish to really make it stand out. The soundtrack is more about the ambience than it is about memorable tunes, apart from the victory screen music which will soon get on your nerves. It just feels too safe and nothing too particularly exciting.

Life Goes On: Done to Death
7 Overall
Pros
+ Death and respawning mechanics are quite clever + Simple and satisfying + There are some great puzzles to overcome, some with action elements
Cons
- Quite short with little variation on the core mechanic - Item unlocks are purely cosmetic, meaning very little in the long run - The presentation is nothing particularly exciting
Summary
The ritual sacrifice in Life Goes On is one of the most satisfying features in the puzzle gaming genre. Not since Lemmings have I enjoyed watching the characters on screen flinging themselves to their demise in such a fun way, only this time of course, said deaths are the core form of progression rather than simply a frustration reliever. Life Goes On may not have much in the way of content but as a time waster on the side it provides a fair challenge, for the right price of course.