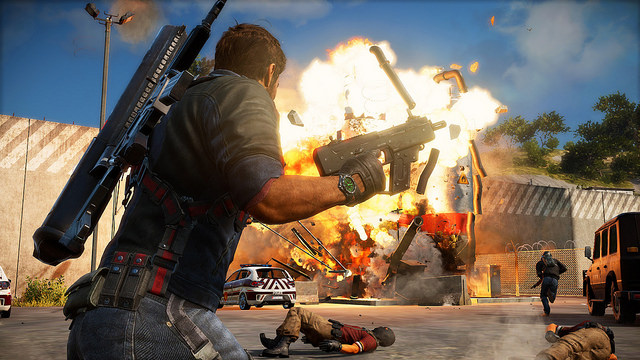 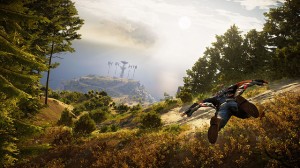 Square Enix are starting to show off a few assets from Just Cause 3, the latest in their popular series of chaotic sandbox shooters.  A new trailer from Avalanche Studios is out and while it doesn’t give much away (it certainly doesn’t show any gameplay) it does at least make it all a lot more real.  We were fans of the game engine on Just Cause 2 but found the story and missions lacking, but if this new sequel can add some much-needed gameplay and variation, Just Cause 3 could be very special.

As with the previous games, you are put in the combat boots of Rico, an operative for ‘The Agency’ as he does his usual thing and runs through a massive exotic locale while destroying the interests of whatever despotic leader happens to be in charge that week.  Beyond that, the details are pretty scarce but we do know that avalanche are promising a fuller play area and much more potential for meaningful destruction.

The latest batch of Just Cause 3 screenies certainly look very promising.  Just Cause 2 definitely saw you leaving the ground at every given chance and these new screens suggest that we can expect more of that.  So keep your eyes fixed on us and we’ll pass on more details as we get them. 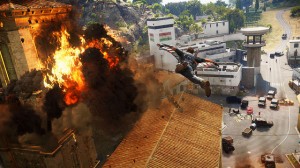