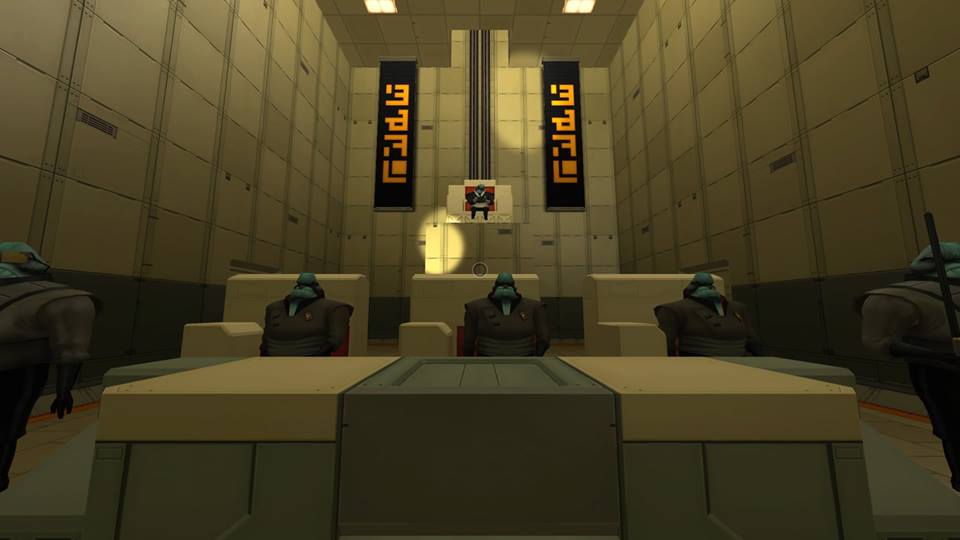 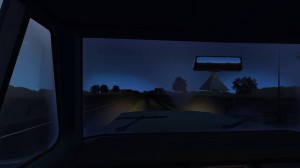 Many would roll their eyes at the proposition of yet another blockmoving game. Ever since Minecraft there has been an unstoppable wave of “me too” imitators that as a general rule do not provide much in the way of value. However there are an odd few that provide meritable concepts, that truly push the genre forward in terms of ideas and execution. Infinifactory is one of those games, which should be no surprise as it comes directly from the mind of Zachary Barth. The man behind Zachtronics and also the same gentleman that brought us the block world formula, long before Notch, with Infiniminer.

Infinifactory swaps the massive randomly generated open world for much smaller, intimate settings. Taking place in a comically oppressive series of locales that fit a loose but fun storyline as the player character is suddenly abducted by aliens and forced to build machines and items for their various operations. Instead of simply building the items from a blueprint, players are tasked with creating factory like machines that build a predetermined object, which can range from satellites to war machines and even apartment buildings. These player made factories are constructed out of various blocks which each have their own physical function, ranging from the likes of conveyor belts, sensor controlled pushers and block combining lazer welders. While the final product is always predetermined, the course in which you take to create the factory is entirely up to you and this is where Infinifactory truly thrives. It can often seem that there is only one way to solve a particular puzzle but the beauty of the creative aspect is stepping back from a completed solution and then seeing how others have solved the particular puzzle. Upon first playing there is a very good chance that the solution you come up with may be completely different (and laughably inferior) to that of what you may see on Youtube. It feels like a whole new form of high score hunting, one that takes serious brainpower to pull off but increases the sense of achievement when you can take a complicated solution and streamline it with either a few less blocks or even a completely different approach. 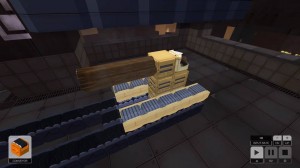 Just about every aspect of Infinifactory has been thought out. The gameplay is easy to understand, with each particular puzzle block working on a simplified physical logic, the game is played from the familiar and user friendly first person Minecraft creative mode style control scheme which people would be able to slip in comfortably without thought. The exemplary design values extend to the overall user experience as well. Menus are minimal yet intuitive, the saves are automatic and fast, allowing you to retrace puzzles to try out new tactics before diving back into a new puzzle seamlessly without interruption and the small breaks in the gameplay for the story are short, sweet and amusing. Running your experiments in game can be both tense and hilarious, especially when you have poured one hour into one solution, adjusting each detail of a machine you have conjured from your imagination only to see it fail magnificently, sort of work but not or succeed finally after all of the hard work you have put in. The difference between Infinifactory and most other games of its ilk is that all of the above outcomes are all fun instead of frustrating or expected, it is a game in which you earn your successes and own them along with the failures.

Infinifactory
9 Overall
Pros
+ Incredibly well designed, not just in the puzzle aspect but the overall look, feel and ease of use. + Multiple solutions per puzzle allows for an impressive level of creativity. + Logically brilliant. Each building block or factory piece has a purpose and the game encourages you to use everything at your disposal.
Cons
- The building block aesthetic may put some people off due to the over saturation of the genre - Puzzles can seem daunting at first and may make the player want to search for a solution rather than work for it.
Summary
Infinifactory is one of those games that looks incredibly daunting from the outside. But don't let the seemingly complex constructions in screenshots or videos fool you, everything is incredibly approachable and the game eases you into each new block or concept slowly so that you know a solution is always within your grasp. This game cuts the bloat and presents a simple to understand and tough to master that is both fun to fail at and also be one of the most rewarding experiences when you finally succeed with a solution. Making this, in my eyes one of the best puzzle games to be conceived in recent years. Give it a try.