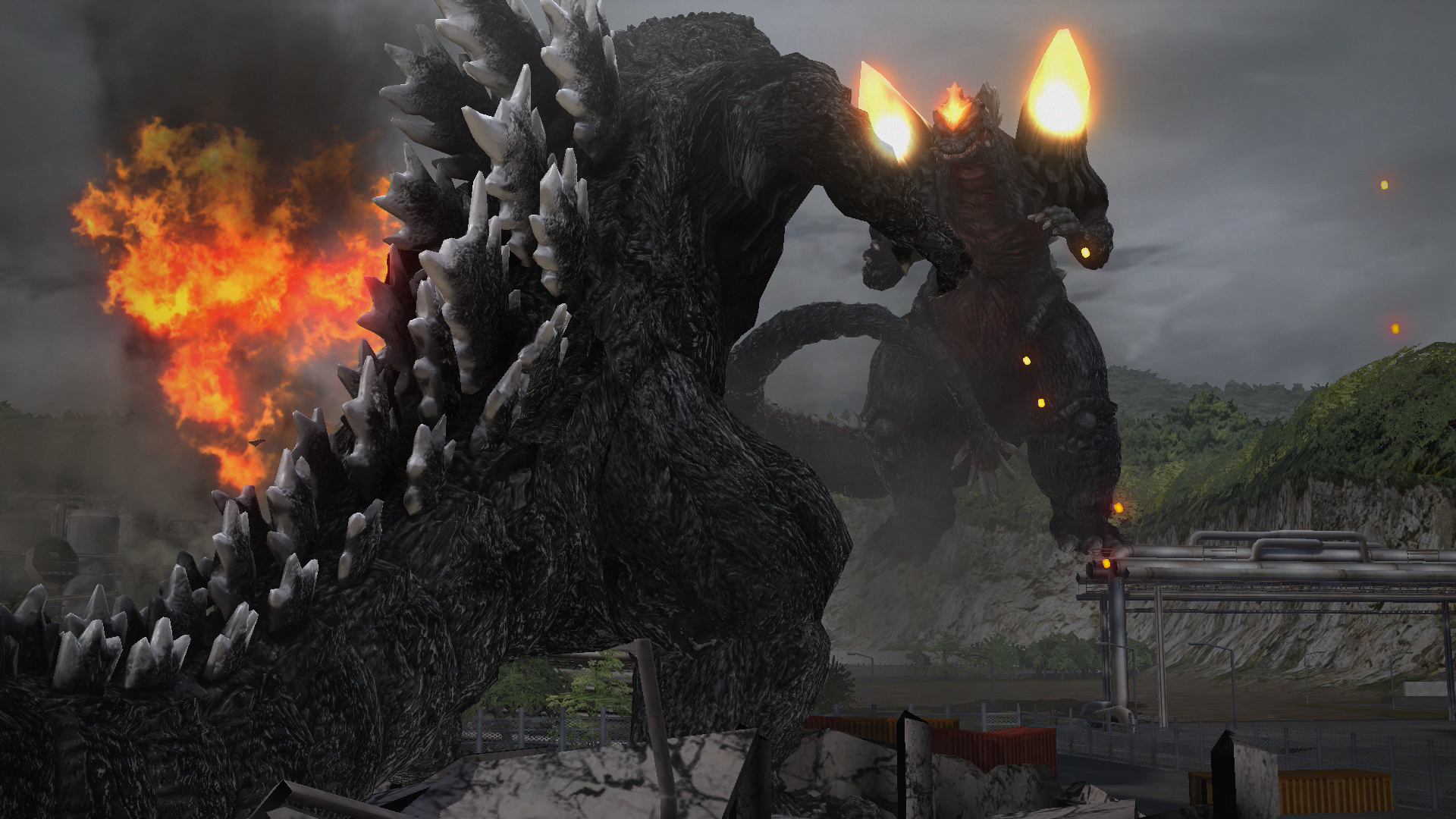 PlayStation Country were recently invited to a press-only event known as Level Up 2015 organised by Namco Bandai. The game list featuring Project Cars, F1 2015 and a whole bunch of Japanese localisations. There was a keynote presentation at the beginning of the event which detailed the companies coming strategies over the new year and beyond, unfortunately we were unable to record this due to restrictions so apologies in advance for any direct quotes.

One of the major announcements made during the keynote is Namco’s move into areas where they are typically non-present such as first person shooters and sporting titles. This was merely an announcement of intent however as there was nothing to show at this event regarding these types of titles but regardless it will be interesting to see what Bandai Namco intend to do when they enter these oversubscribed genres.

There was a ten minute video on The Witcher 3 which showed a tantalising glimpse of what gamers have in store regarding the much anticipated RPG. It is hard not to get excited over such a beautiful looking world with so much to explore. Cdprojecktred look to have a winner on their hands with fans of the series and massive RPGs in general.

It was also clear that the PS4 will be getting a lot of love this year. A lot of the localised titles below are exclusive to the system or at least have exclusive features which really sets a standard in the west for Manga fans out there. The choice should be clear for those that like amazing hair and baffling move names that the angular box of wonders is the place to be.

Enough about all that lets get down to business shall we?

The giant lizard has been dominating Japan in many forms for a long time now and we have yet to get a game which really captures the feel of being in a Kaiju stomping through cities and wrecking armys in your wake. Is this the one? It feels to early to say but my hands on with it went well. I played as aforementioned lizard stomping through a hybrid Japan/ Paris style city. Gameplay is as slow as you’d expect controlling a hundred storey creature but there was a considerable weight to the action that was satisfying enough. The combat when the other Kaiju, King Ghidora and Space Godzilla turned up felt a little too easy, in fact on my first round of gameplay Ghidora just kind of ignored me for the most part as I wailed on him. I am not sure at what stage of the game that this demo took place but it must have been early as I was treating the other monsters as a punching bag rather than having any tactical depth. This is not a deal breaker, just being Godzilla is a blast in itself but without the context of the rest of the game it just feels like a standard button bashing affair. The game promises to feature a whole bunch of modes, characters and cooperative play (for the PS4 only) so I am confident that we are only scratching the surface. We look forward to checking back with this one in the summer when it launches. 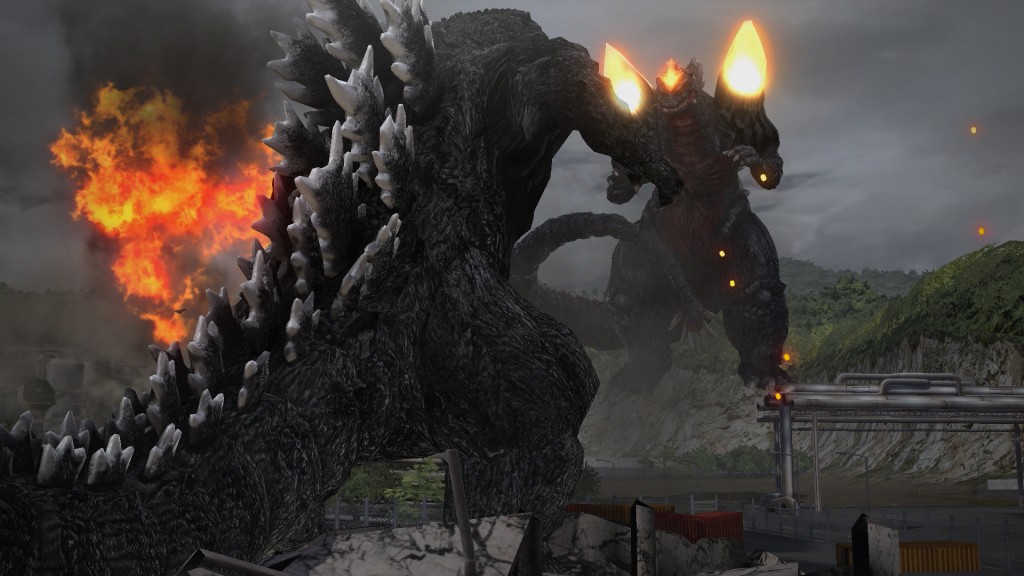 Dynasty Warriors is a series I have only ever approached with reluctance before playing the incredibly fun Hyrule Warriors on the Wii U. At the event I had hands on play with the next iteration of the One Piece anime to game series in the form of One Piece: Pirate Warriors 3. As the game was being showcased in Japanese I was unable to glean much of a story out of the attractive comic strip cutscenes but the gameplay spoke for everything else. The Warriors formula was evident in the form of punchy fast paced action as Luffy barrelled through seemingly thousands of pirate minions to get to the larger castle guarding monstrosities. The demo was incredibly fun and stylish as I unleashed impressive stretchy attacks at the push of simple combinations. Although you could argue that the Warriors series lacks substance very few games bring this feeling of joy through empowerment and the PS4 that this was being demoed on did not skip a single beat despite the immense display of graphics, speed and population on screen. Koei have really nailed the look of the manga and the sheer chaos that is synonymous with it. This is definitely one to look out for if you are a fan. 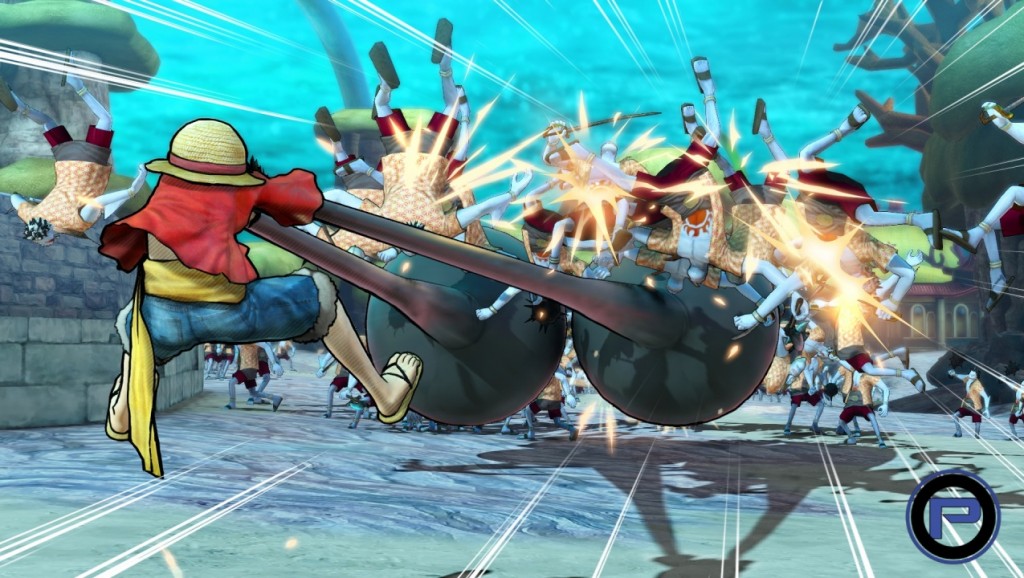 Sealing off this glorious manga package was J-Stars Victory VS+, a game in which I am amazed to see come to the west as it has a heap of baggage in the form of multi character licensing. Incorporating characters of Japan’s finest anime exports such as Dragonball Z, Naruto and Fist of the North Star J-Stars has a lot of pedigree outside of the gate. It plays an awful lot like the recent Dragonball Z: Battle of Z as the fan favourite characters participate in a battle royale for supremacy. What unfolds is what you would come to expect, fast paced action with a lot of characters on screen pulling off dazzling special attacks and flurries of punches and kicks until only one team or character is left standing. The controls are as simplistic as before although to add a tactical element you can call in a support character to take the heat off you if you get backed into a corner or to buff your special attack to deliver a devastating blow to finish off your opponents. In the demonstration I played a simple game type which had two teams fighting to be the first to three points, a point being decided by knock out. The AI was aggressive and I found myself resorting to team tactics as opposed to lone wolfing against stray opponents which I at first thought would be a legitimate strategy. It didn’t take long to learn about burst attacks with staple moves like Goku’s spirit bomb devastating opponents that got in my way. This game is an anime fans dream and if you have any love for the characters within then this may well be the game for you. 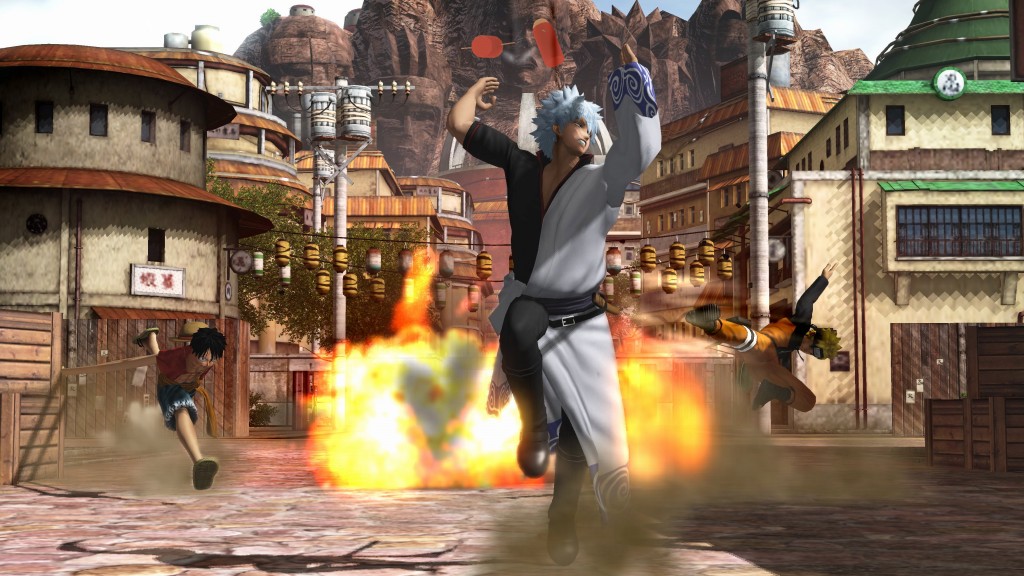 On the western side we had Project Cars. The racer has been getting a lot of negative press thanks in no small part to the recent delays. From what I played at Levelup I can say that a lot of the previous issues as reported seem to have been cleaned up. In a lot of ways Slightly Mad studios has taken the negativity on board and are looking to deliver a driving simulator to be proud of. When I sat down to play I immediately switched to the cockpit view, as is my favourite view for a realistic racer and it did not disappoint. Aside from watching the curvature of the track as I approached corners I had the wet weather to contend with as rain splashed on my wind shield realistically obscuring my vision as I started the wipers to remove the precipitation. The car handling felt weighty with nice responsive controls and the car reacted well to the track under its tires. Project Cars is now becoming an interesting prospect and potentially a fine addition to any racing game collection. 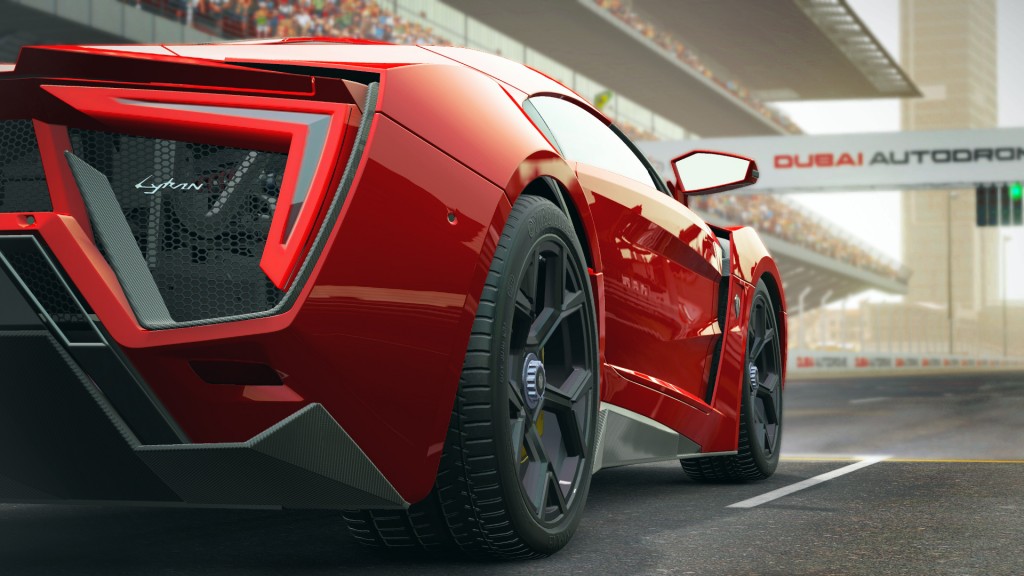 Rounding off the showcase is the latest effort from Codemasters in the F1 franchise. Entering the current generation for the first time is always a daunting task for a lot of developers so it makes sense for the Codies to enter with what they do best. Immediate improvements from previous titles are apparent as soon as the demo starts with the game opting for a more immersive experience than before. In this years title you are able to actively communicate with the pit crew with the headset in your ear as the crew update you on fuel levels, changes in weather (in this case torrential rain) and the status of your tyres. The vehicles feel as authentic as they race around the track, the rain effecting traction and strategies as I took to corners and all of this is presented in impressive detail which is evident in the replays which are rendered in wide angle shots and even down to the customisable steering wheels, both features of which could not be done before according to the developer. It is always great to see a fresh look at what a developer can do when they jump on to new hardware, F1 2015 is looking to be a fine first try for Codemasters. 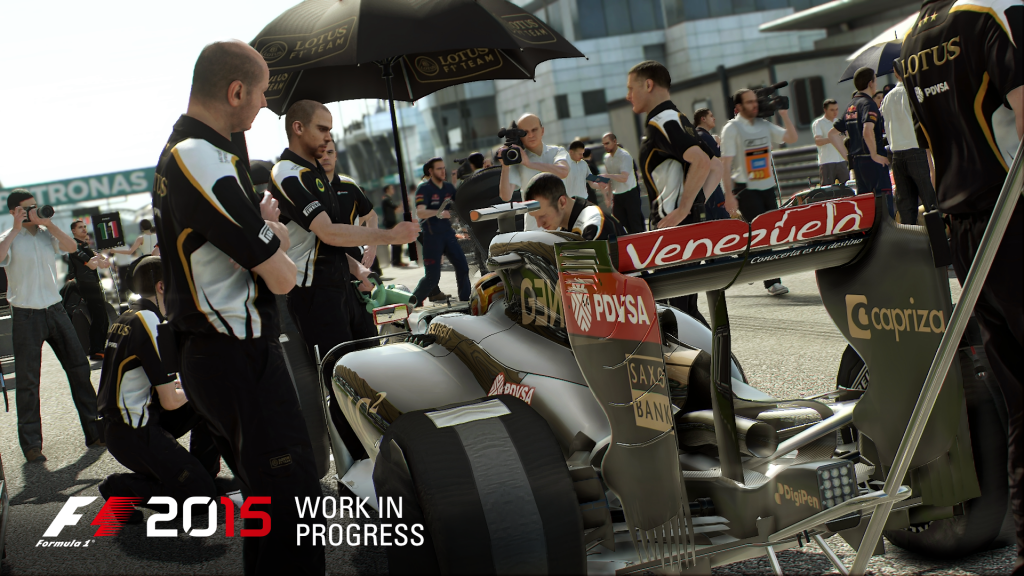 There is a lot to look forward to from Bandai Namco this year and we look forward to getting our hands on the final products to give you our full impressions once these arrive.   GRIZZ