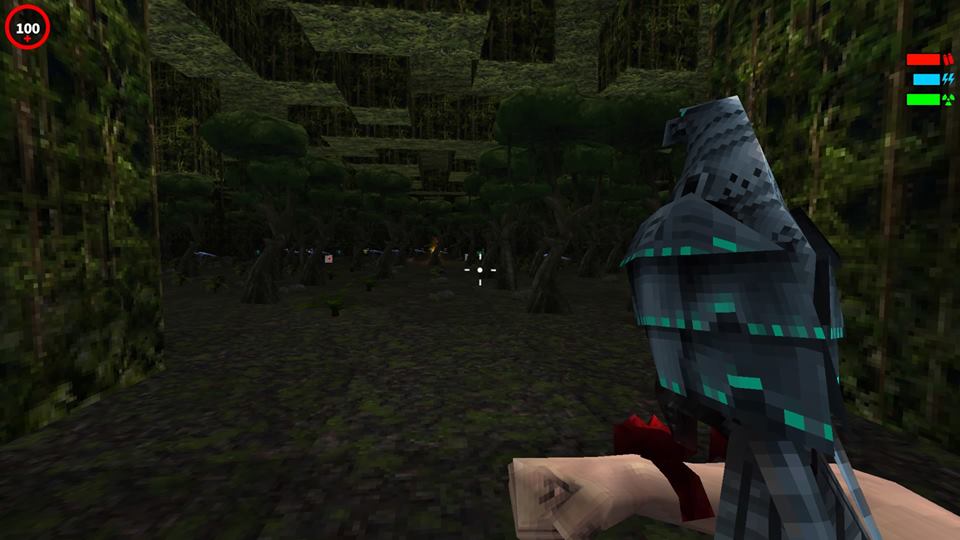 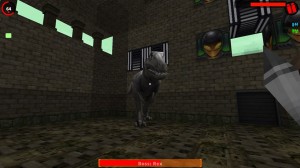 Map making in first person shooters has gone hand in hand since the mid nineties, with developers handing the keys to creation tools for pioneering gamers to make their very own battle spaces and share them across the on the primary coloured forums of the early internet years. It was a practise that added extra value to the likes of Quake III and Unreal Tournament and cost no more than the initial cost of the game. This is something that unfortunately has slowly died and been filtered over the years in favour of paid DLC and more developer control, you could even blame consoles if you like for this also, considering the lack of versatility in controls and space available on the cartridges and CD’s of the yesteryear.

Gunscape aims to change that, thanks to the undeniable influence of Minecraft which has paved the way for a versatile building experience without the need for degrees in computer aided design. For the most part the creative aspect of Gunscape hits the mark. There are a lot of options available from the off to help you get started with block and weapon themes which ape classic and modern FPS franchises such as Doom, Turok, Wolfenstein and Bioshock. Each of these themes also include enemies and level hazards so you can pepper your level with extra dangers to allow you to make any level you want into a single player/ coop experience if you would prefer to make a story based experience instead. This is all backed up with one of the most balanced sharing grounds that I have seen so far in one of these games recently, all levels that are created on the Xbox One, PS4 and PC can be shared between platforms, giving Gunscape large potential in terms of longevity. 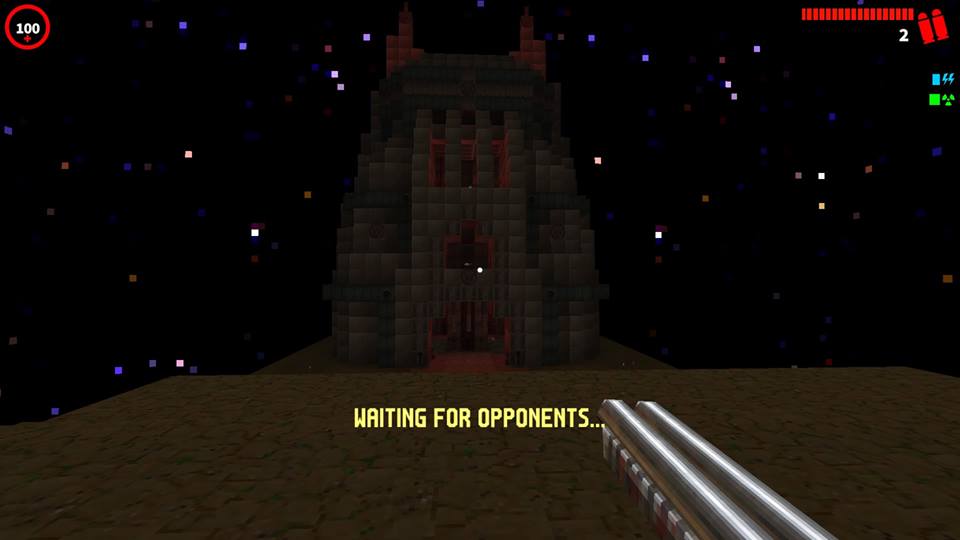 Another aspect borrowed from Minecraft is the retro art style, even if Gunscape takes a slightly more advanced approach by having slightly more complex shapes for enemy designs and higher fidelity textures. If you ever played Quake II on the N64 then you would maybe feel at home here as the game borrows the grey murkiness for the most part. This would be fine for the most part however in some cases the frame rate can be quite inconsistent which seems quite strange considering this design choice. I am not sure if this is affected by streaming levels from a server however so it could well be an internet issue, it just doesn’t feel as consistent as it should do when taking the visuals into account.

Of course with creative games such as LittleBigPlanet and Mario Maker on the Wii U, the quality of the overall game is going to be completely dependent on what is uploaded and specifically in the case of Gunscape it depends in which levels people are willing to play. So far on the level creation side things have been going as expected, Most of the levels I have seen are fairly faithful renditions of classic levels from some classic FPS titles including the Facility from Goldeneye which is available in single player or multiplayer, Facing worlds from Unreal Tournament which is an undeniable classic and one of the most dedicated projects which one player has devoted time to which is a level by level recreation of the original Quake, which feels right at home thanks to the art style of Gunscape and the complimentary themed blocks for this purpose. 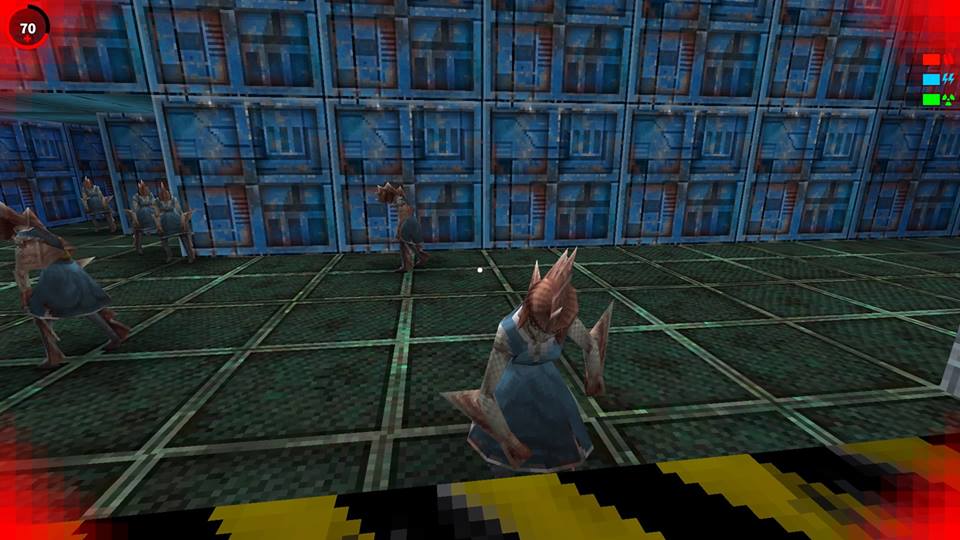 Sadly this is where one of my biggest concerns comes in. In the opening week of Gunscape’s existence I have seen no more than three people in games at any given time, this usually is three different games as well with people likely just testing their levels before uploads or having a spy through other creations. This is not a good thing at all, especially considering that Blowfish hope to bring back the golden age of the multiplayer shooter. This might make finding motivation to create a high quality level quite difficult. Chances are that until the numbers improve, if they do at all, the level that you create might end up going completely unnoticed and that is a big shame. I will add that It is not like Blowfish studios haven’t tried to combat this, there are quite a lot of options to play Gunscape and I will give them credit for making this game playable in both local splitscreen and online with even an option to play online with someone else on your couch in splitscreen. They have done everything possible to make sure that players can jump in, the players just need to do so. 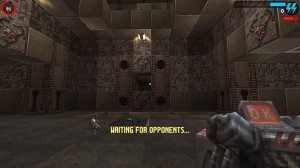 Another contributor to the bad luck for Gunscape is the gameplay itself. The gunplay does not feel all that satisfying, with the guns feeling quite weedy and not providing a satisfying feedback when shot. It is often hard to tell if you are damaging an enemy in single player as most of the enemy characters have relatively unresponsive hitboxes and very basic animations. This problem is exacerbated by an incredibly noticeable dead zone in the analogue controls on the Dual Shock which really hurts when fighting enemies that are small. On a side note, the weapons lack their own individual personality, they are all based off classic weapons from other franchises and for the most part they look okay with the standout being an iron hawk that seeks enemies similar to that of the Cerebral Bore from Turok but for the most part they are fairly bland in my opinion.

Gunscape
6 Overall
Pros
+ a great concept, one that classic FPS gamers may well be able to get behind + Some well designed new and reimagined levels show great promise for the future + A lot of options to play, both locally and online
Cons
- Not nearly enough players online for a multiplayer shooter - The gunplay needs a bit of refining to be more satisfying - The enemy hitboxes and controller deadzones make single player more difficult than it needs to be.
Summary
Gunscape has a lot of potential but also a lot of problems. The major issue is in player numbers, but the gunplay is a massive factor and something that needs to be fixed to get more users through the gate. While there are a few negatives there is a lot to like if you grew up with games like Quake III and spend a lot of time in Minecraft creative mode.