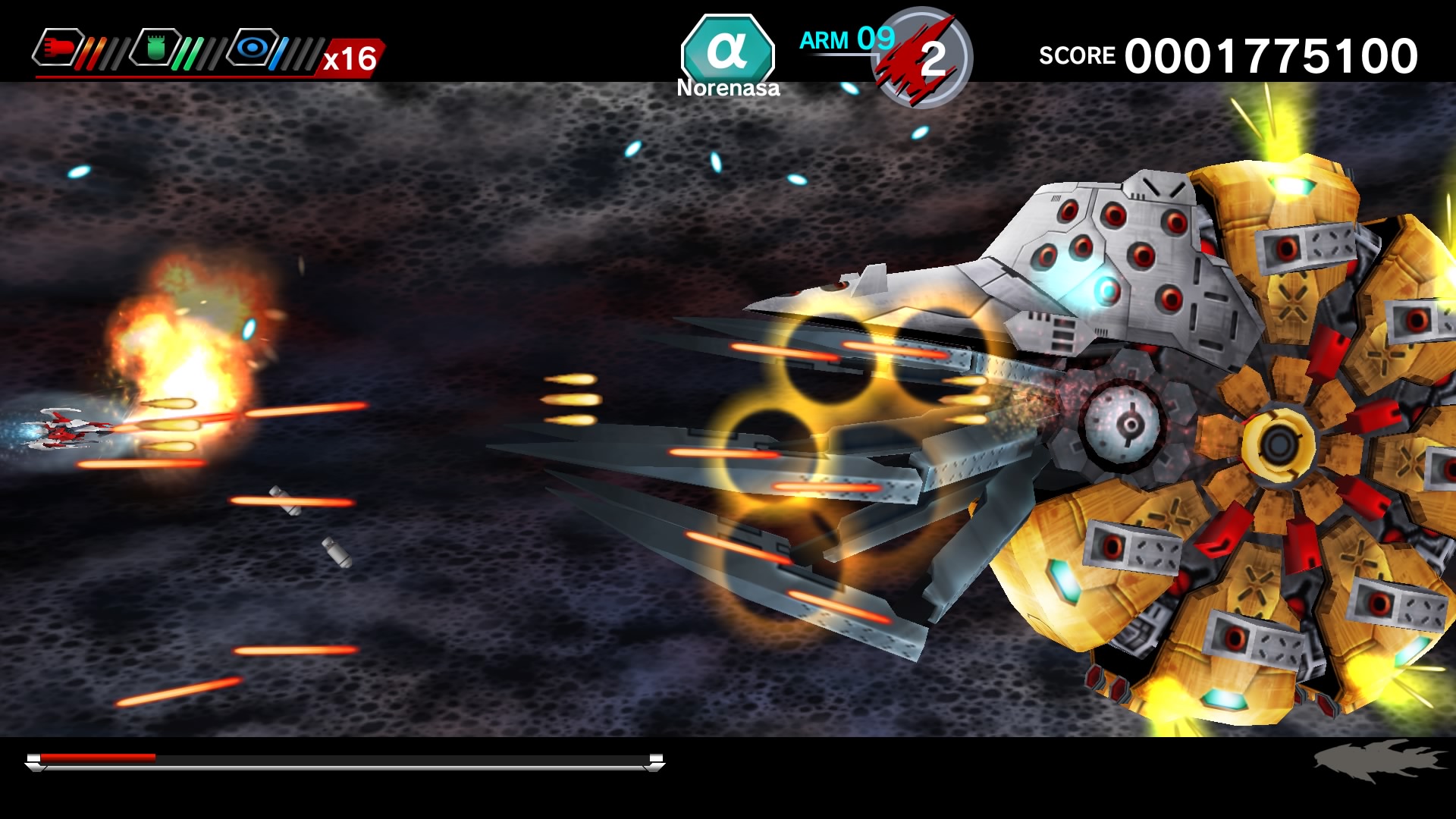 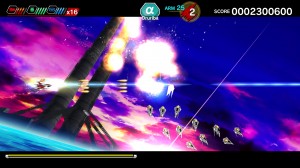 When it comes to iconic shoot ’em up series, Darius is pretty damn legit. It may not have quite the same storied history as R-Type and Nemesis/Gradius but there are a heap of Darius games out there and I have particularly fond memories of G-Darius on the PS1, so I was pretty excited for this PSN release.

Every shoot ’em up has gimmick to it, be that a weapons system, a graphical aesthetic or some clever gameplay mechanic. The Darius games had a few wrinkles to their game. Firstly, you’re fighting fish. Yep. Giant robotic fish things that fly and have lasers. Sometimes you fight crustaceans too. The Darius games also like a hyper wide-screen aspect. The original arcade title used three screens, all side by side, linked with mirrors to give the game an entirely different field of play to other horizontally-scrolling shooters. Also, the games allow for branching stages. You can pick where you want to go, a’la Outrun, with different paths having different difficulties attached. 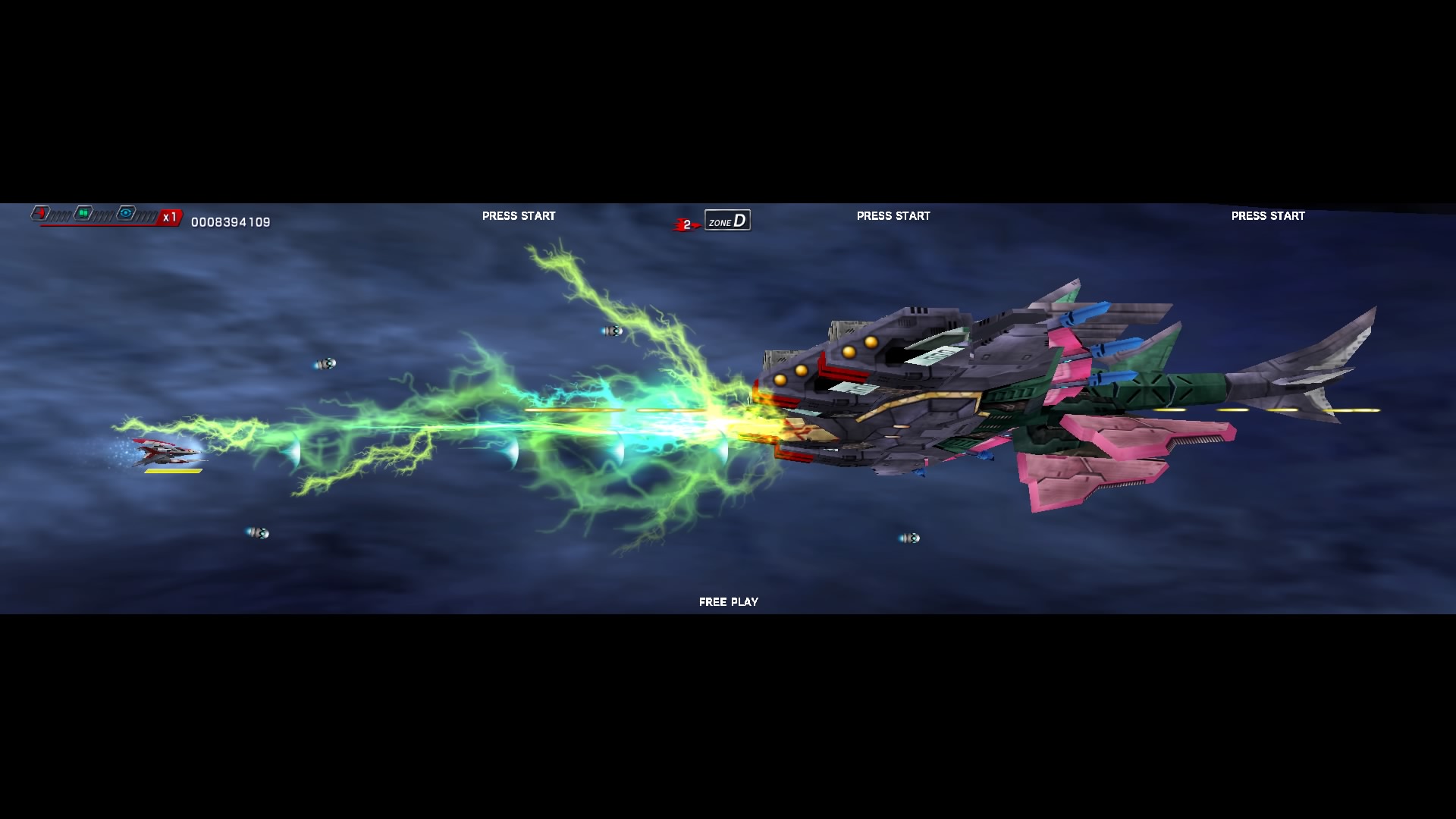 Another Chronicle is pretty much a port of the original Dariusburst arcade title, which came out in 2010. On a basic level, this mode isn’t all that well-suited to the PS4. The aspect ratio, a ridiculous 32:9, means that the screen is sandwiched between big black bars of dead screen real estate. While it does still work as a shoot ’em up, the combination of well-hidden gameplay mechanics (the game explains nothing), hard to read UI elements (such as your powerup levels and burst meters) and five year old graphics makes it all a bit unpleasant to look at.

Quite why Pyramid didn’t use some of that screen space to highlight vital information is a mystery and the frankly bland presentation and confusing gameplay give you a very poor impression of the game if this is where you start.

Another Chronicle mode is further split into ‘Original’ (a port of the original arcade title), ‘Original EX’ (a harder variation on the same), ‘Chronicle’ (more on that in a moment) and the unselectable ‘Event Play’ mode which is never explained.

You don’t really have any interaction with other players but it is easy to find an unbeaten challenge and contribute to the overall objective of clearing the cabinet.

Where Another Chronicle feels like a dated coin-op that doesn’t quite fit on the PS4, Chronicle Saviours does indeed save the package by updating the game for the console.

The mode features 200 missions (again a combination of levels and boss battles) with more conditions attached. A preset ship is also given to you for each mission but you can unlock upgrades for your own custom ship too. The best thing though is that the game has a much more sensible viewpoint with no more wasted screen space. This also shows off the visuals a lot better. 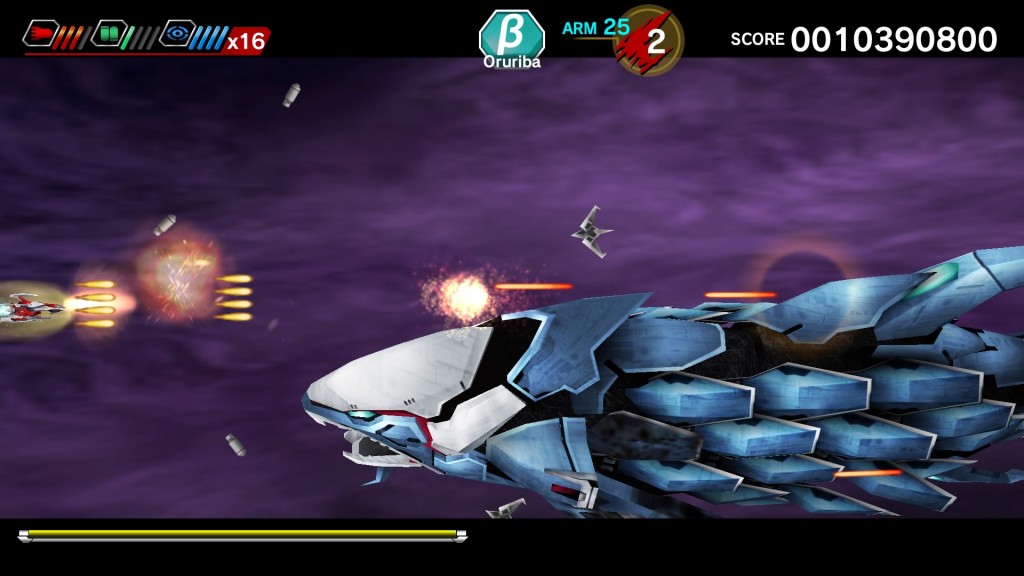 That said, visually I found Dariusburst to be a little underwhelming. The graphics don’t seem particularly hi-res and, bosses aside, there isn’t much creativity in terms of enemy design or backdrops. Chronicle Saviours mode does look better than Another Chronicle though and it’s not an ugly game but the great shoot ’em ups often come with great graphics and this isn’t quite living up to that tradition.

On the plus side, the soundtrack is spectacular with high-energy compositions juxtaposed with mad vocal work. Some serious effort has gone into the soundtrack.

I want to love Dariusburst but lack of clarity in instructions is kind of matched by a slightly directionless approach to the game. Where shooters by developers like Cave seem to be tweaked to perfection, this game seems a little too random and while there are lots of individual challenges, everything in the game seems to be a remix of around a dozen or so stages. 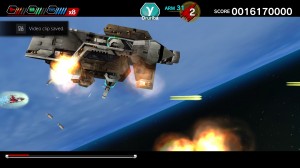 When the action gets going though, the game does deliver some serious shoot ’em up gameplay. Add to that some fun local co-op (no online though) and a good range of challenge to suit all players, and Dariusburst is certainly a winner.

Unfortunately the price (a ridiculous forty quid) is likely to be a barrier to many and so it should be. Many other arcade shooter ports often have console specific modes, so the two modes of Dariusburst aren’t really a reason for such a premium price. And when you bear in mind that Resogun and Geometry Wars 3 are a whole lot cheaper, and almost flawless, then this doesn’t seem like a great deal. And when the PS4 and Vita versions support cross-save, not making them a cross-buy seems almost maliciously mean-spirited. Especially at these price points.

Dariusburst: Chronicle Saviours
7 Overall
Pros
+ A lot of high-quality shoot 'em up action. + Chronicle Saviour mode is a great addition to the original arcade game. + Fabulous soundtrack. + Decent local co-op.
Cons
- That price though. - Ridiculous waste of screen space in some modes. - Not all that impressive. - Doesn't do a good job of explaining its complexities.
Summary
Dariusburst: Chronicles offers a lot of shoot 'em up action albeit for a premium price but it can be a little confusing when it comes to the complexities and ultimately a bit underwhelming too.