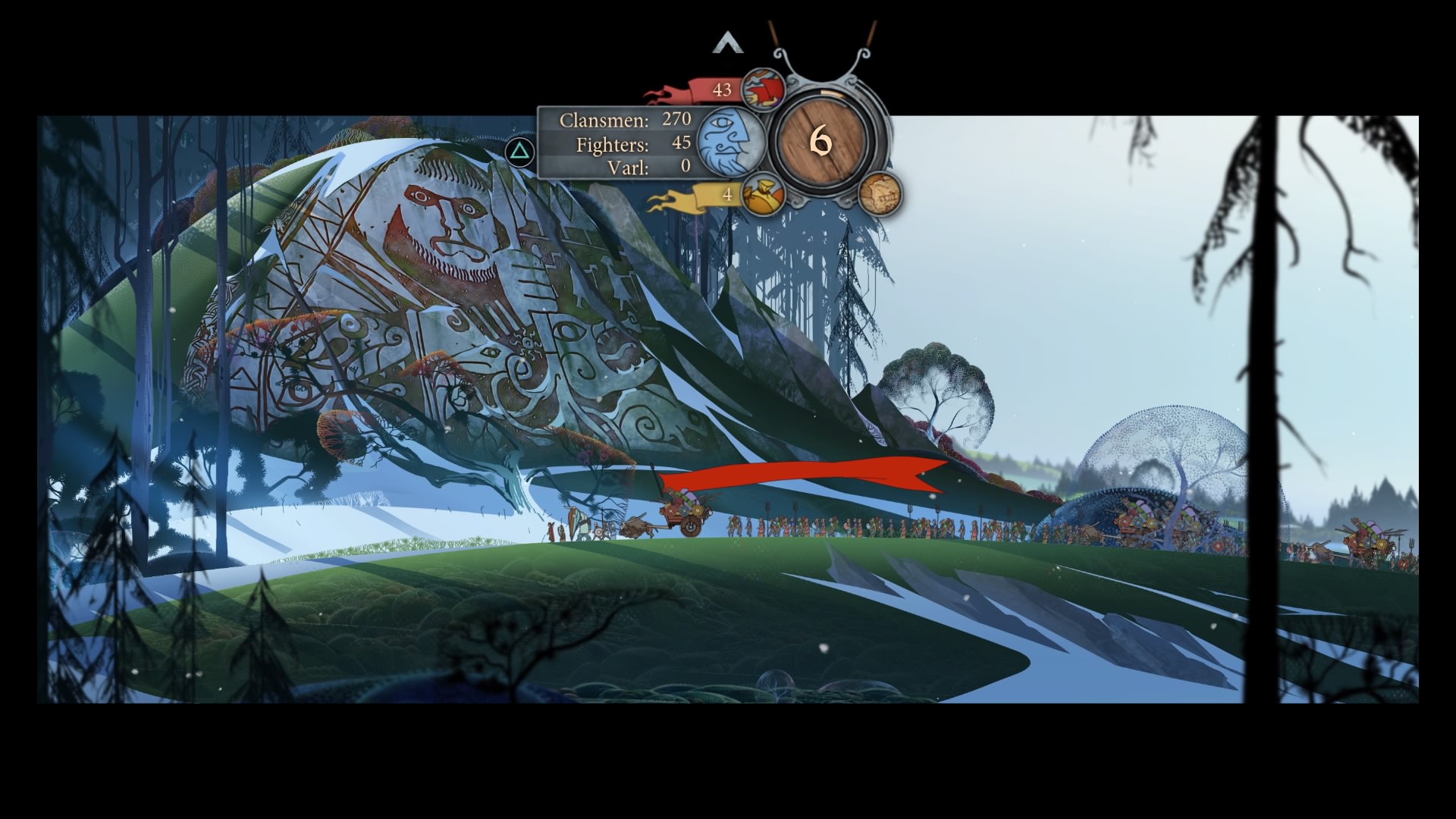 When ex-BioWare employees promise an adult story similar to Game of Thrones where key decisions actually impact the story with tactical RPG gameplay you’ve got to stand up and take notice. Originally funded through Kickstarter The Banner Saga was released about two years ago on PC to critical acclaim and now it’s on PS4.

Set in a Viking-inspired fantasy setting, The Banner Saga follows the story of multiple caravans travelling the land fighting and running from the Dredge, a seemingly infinite enemy who have returned after being defeated previously. Although there are no elves or dwarfs the story did remind me of The Lord of the Rings with a long journey in the hope of defeating/surviving an irresistible threat. 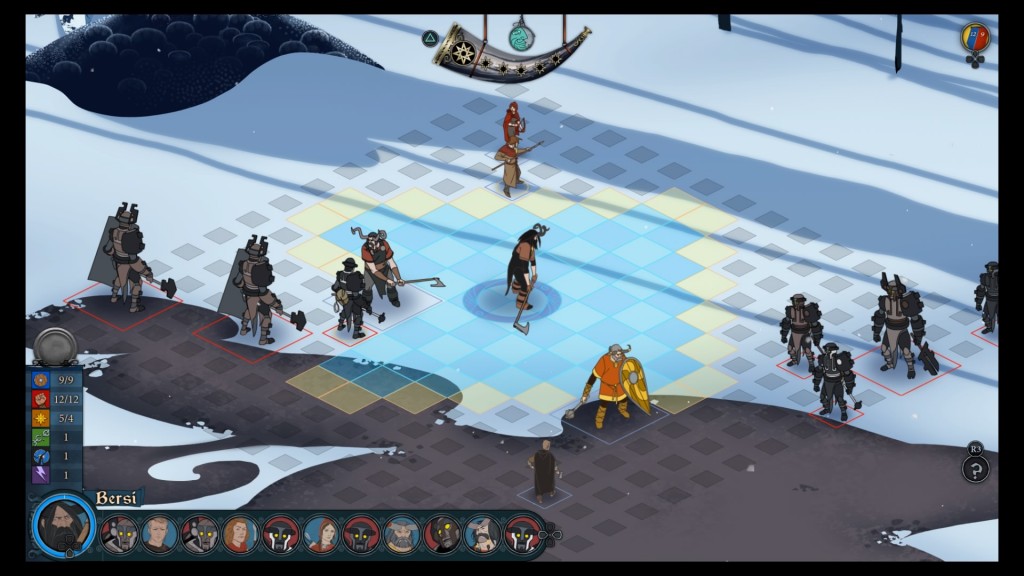 Constantly as the story unfolds you are given choices to make, not the be a dick/be an saint style choices you might expect from the likes of Mass Effect but difficult choices where you cannot predict the consequences of your actions. Neither does the game simply tell you that what you’ve said will effect something later like a Telltale game, but your actions will change the course of the story and whether people live or die.

Other than the choices the meat of the gameplay comes from the battles which take place on an isometric grid and will be familiar to people who have played other tactical RPGs. You start the battle being able to position your characters anywhere within a set area and then you and the enemy take it in turns moving one character at a time into position and attacking when in range. The slight crinkle to the formula comes from the fact that every character has armour and strength. Strength is health but also damage, so by attacking someone’s strength you’re both killing them and making them weaker, but the armour stat protects them from damage so attacking that means an attack on their strength will be more effective.

It creates a dynamic I’ve never seen before where attacking every enemy a little bit to make them weaker is arguably the better option than concentrating on one enemy to thin their ranks. Unfortunately as the game progresses the battle system doesn’t really evolve. Your characters become stronger with more kills as you’d expect with an RPG but the character development side of things isn’t particularly in depth so although things may become more challenging how you fight those first few battles is how you’ll continue to fight. 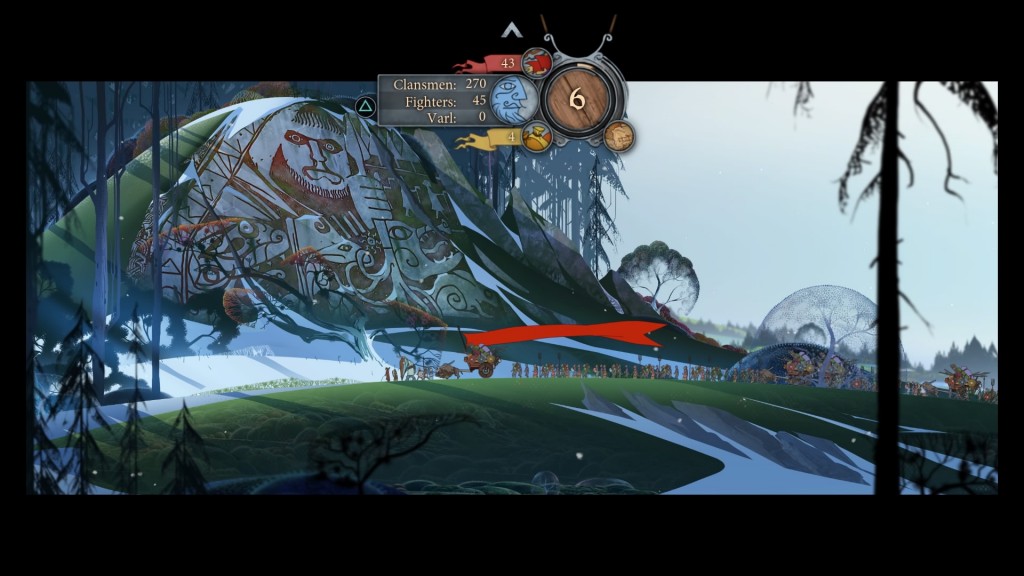 There is a basic management element to keeping your caravan’s morale up and making sure you have enough food either through buying supplies or acquiring them during events but that’s all the mechanics the game has.

Luckily the game’s incredible visuals and soundtrack help draw you into the story to keep you playing. Featuring 2D animation of a high quality if a relatively limited amount and orchestrated music creates a unique mood and some of the artwork does look amazing as your caravan travels across the landscape.

There are a few bugbears with the PS4 version though. The jump to controller from mouse controls isn’t perfect and even at the time of writing this review some on the menu navigation and battle controls aren’t second nature. Similarly going in and out of the some of the minor menus greets you with a load time of seconds which isn’t great but not game ruining. I also ran into a problem with the autosave where I had to repeat some decisions and a fight as the game hadn’t checkpointed at what I thought was a logical place and there is no manual save for backup. 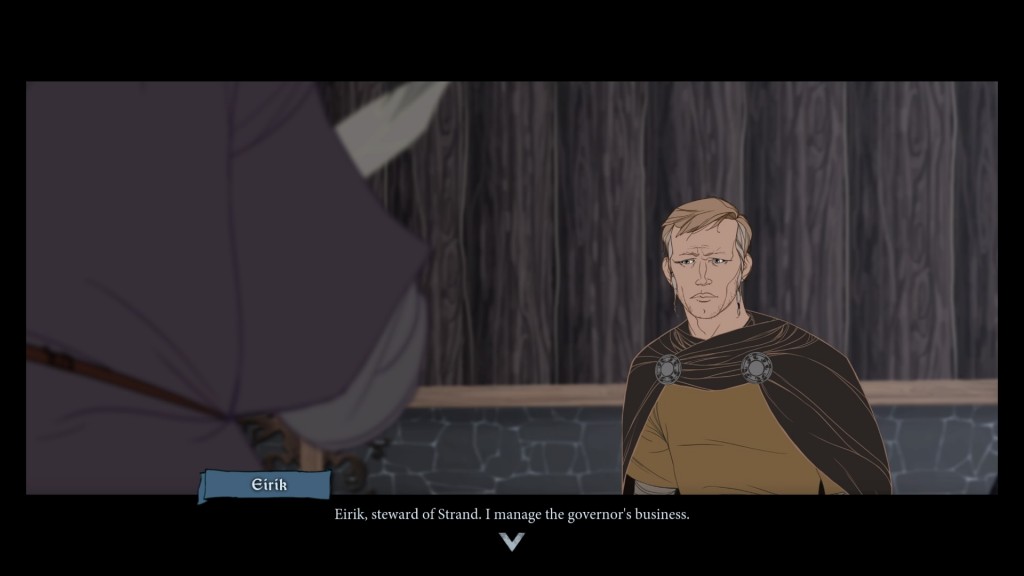 Ultimately The Banner Saga is a triumph. It will be the story and decision making that keeps you playing rather than the levelling or battling which although not as in depth as I’d like are perfectly serviceable. If you appreciate the visuals and score then you will enjoy the ride all the more, it’s just unfortunate that certain elements are a little undercooked.

The Banner Saga
7 Overall
Pros
+ Amazing visually
+ Great soundtrack
+ Decisions that actually matter
Cons
- Menu navigation can be a little clumsy
- Loading between menus is longer than it should be
- Gameplay never really develops
Summary
Ultimately The Banner Saga is a triumph. It will be the story and decision making that keeps you playing rather than the levelling or battling which although not as in depth as I'd like are perfectly serviceable. If you appreciate the visuals and score then you will enjoy the ride all the more, it's just unfortunate that certain elements are a little undercooked.