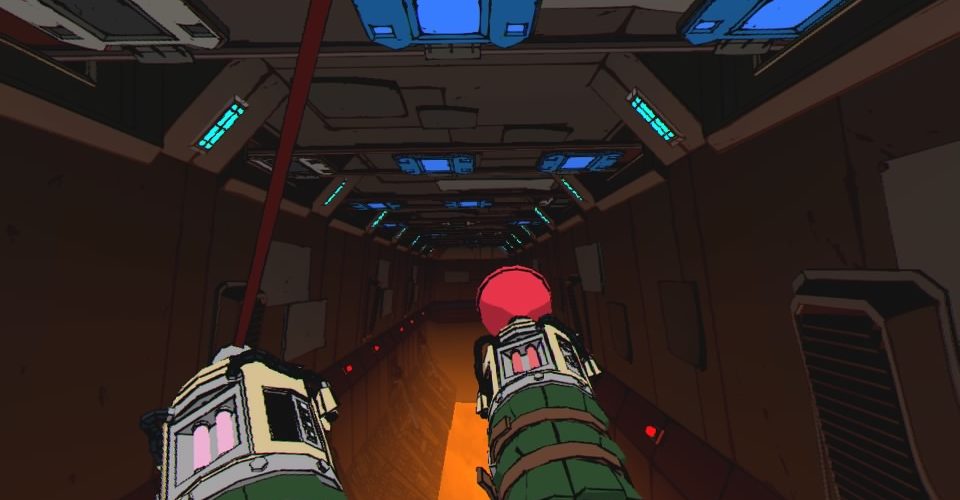 What do you do if you want to create a Spider-Man VR game but can’t get hold of the licence? You make a game about a cosmonaut travelling to Jupiter, giving him a grappling hook on each hand and making him swing through obstacles in order to create a new power source that will put the Motherland on top. You make Yupitergrad of course. 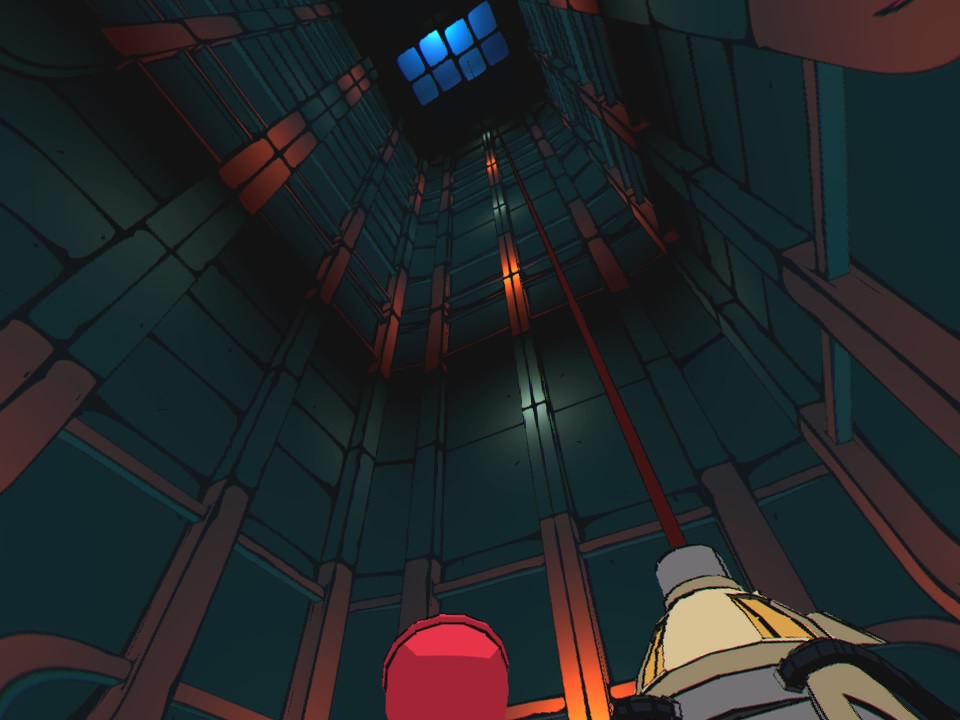 You play as said cosmonaut, starting with a quick tutorial level which will teach you the basics of swinging. As I mentioned you have a grappling hook on each hand, controlled by the Move controllers, but rather than a traditional grappling hook they are plungers attached to ropes. These allow you to stick to any blue surface in the game, which you can then wind in with the inner, lower buttons on each hand (

on the right hand and

on the left) or simply pull towards you to generate momentum. You also gain boosters which are useful in underwater sections but can also be used to adjust you trajectory slightly in mid air. You can rotate your view with the outer, lower buttons.

That’s it for the entire game, but what starts with you clumsily dragging yourself along corridors will graduate to slowly swinging two handed, one handed, then building up speed, grappling onto corners to swing around them and, of course, obstacles. Early on obstacles will be harmless walls but soon you’ll be introduced to death dealing grinders, crushers, flamers, as well as deadly pitfalls. There is a slight story in that when you arrive at the station the machine for creating the energy source, pekol, breaks down so you need to move through the different mechanisms to repair it, but as amusing as it’s played with faux Russian accents it’s just an excuse to put you in dangerous situations. 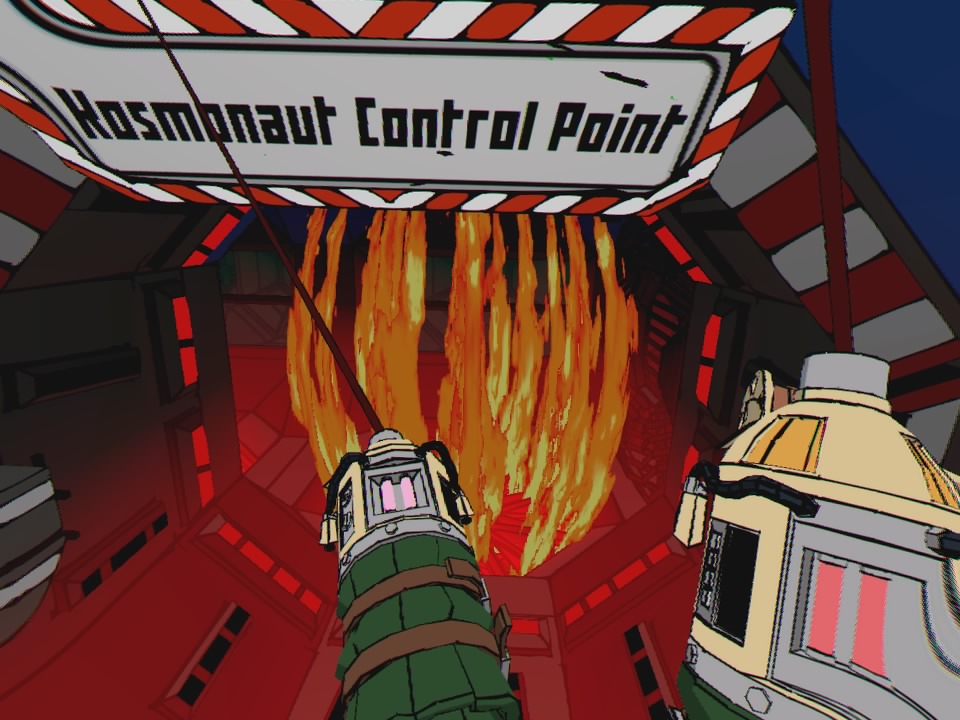 The corridors and traps all look suitably solid with an excellent cel shaded look. The block colours really make it obvious what you can and can’t interact with whilst also looking crisp enough for you to aim into the distance when needs be. There is no targeting system, you just get used to aiming free hand which would be tough if the visuals weren’t clear enough.

Considering I haven’t used VR in over six months the swinging didn’t give me any motion sickness which was great. There is smooth rotation if you want it and there’s a comfort mode if you need it, though I believe it was off by default. The game is advertised as having fifty levels but they aren’t really split up as such as you play so it doesn’t feel like that many. I completed the main game in about two hours, but those two hours flew by.

The main game is quite forgiving, with regular checkpoints so if you do die you won’t have to go too far back. A lot of the obstacles can be tackled at your own pace as well, with only a couple of timed sections requiring you to get a wriggle on. However you won’t be able to help pushing your abilities as you build momentum and try to swing through the smallest gaps without being crushed just to feel awesome. 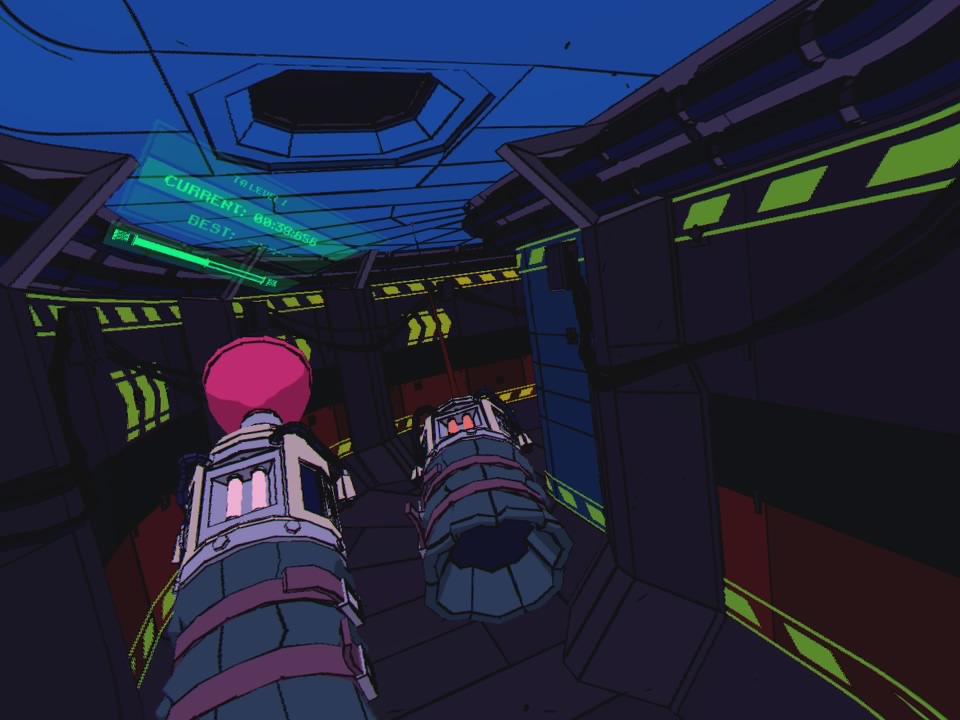 That’s where the Time Trial mode comes in. Here you get an additional twenty levels which are timed. They start off simple enough but become quite devious later on as unlike in the main game you have to complete the entire course in one life. Die and you’re back to the beginning. Each level takes between one and two minutes to complete, at my skill level anyway, which might not sound like much but you’re going to be retrying a lot. There are online leaderboards as well so if you get good at the mechanics then this mode may give the game plenty more life.

As the game has been out on other VR platforms for a bit a quick Google search will show people flying through the levels at great speed which is something that definitely feels attainable whilst you’re playing. Just swinging around at a basic level is a lot of fun but the skill ceiling is obviously very high for those that are willing to fully get to grips with the mechanics. The price is reasonable enough that even if you don’t end up in a leaderboard battle you’ll probably get your money’s worth with a brief but very fun adventure with superb swinging mechanics that feel both natural and easy to use. 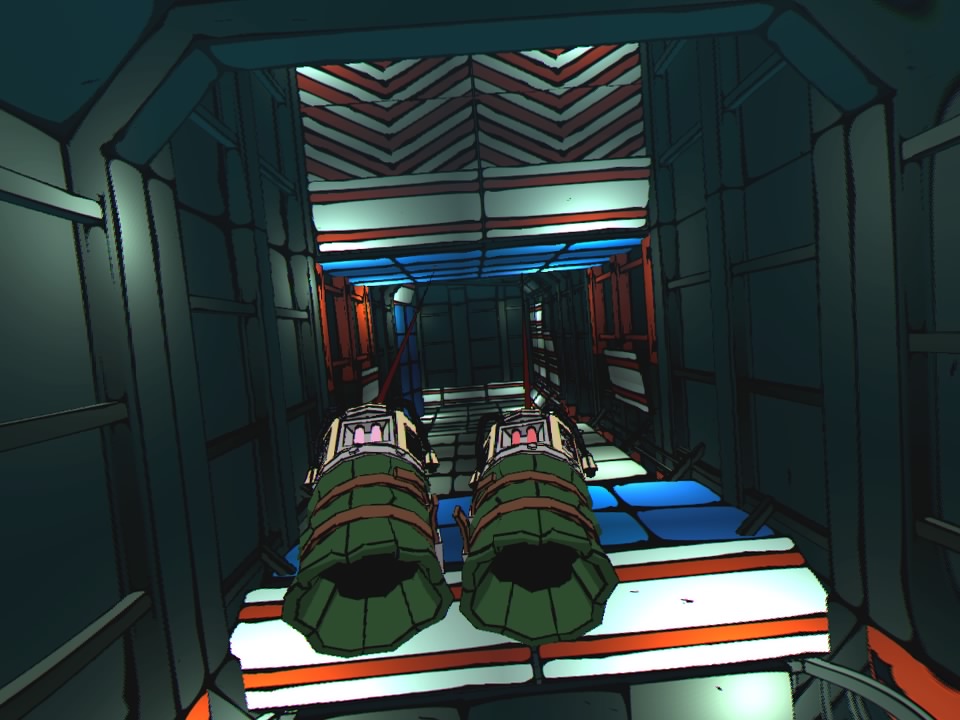 Yupitergrad is very well made and a nice change of pace from the shooting galleries that most VR titles turn into. Even as it is the game is 100% worth checking out but you can’t help but also think about where this could go if you take it out of the corridors into a more open space, swinging between buildings or something, like some sort of Man-Spider. Maybe that’ll come to be on the recently announced PSVR2 for PS5, but those of us still utilising the Move controllers on the old headset have got another gem here.

Yupitergrad
8 Overall
Pros
+ Swinging mechanics are fantastic
+ Very solid visuals
+ Learderboard action in time trial mode
+ I experienced no motion sickness
Cons
- Main campaign is short
- No platinum trophy for some reason
Summary
Yupitergrad is a fun VR title with brilliant swinging mechanics. It's a short game unless you go deep on the time trials but the experience is well worth it.